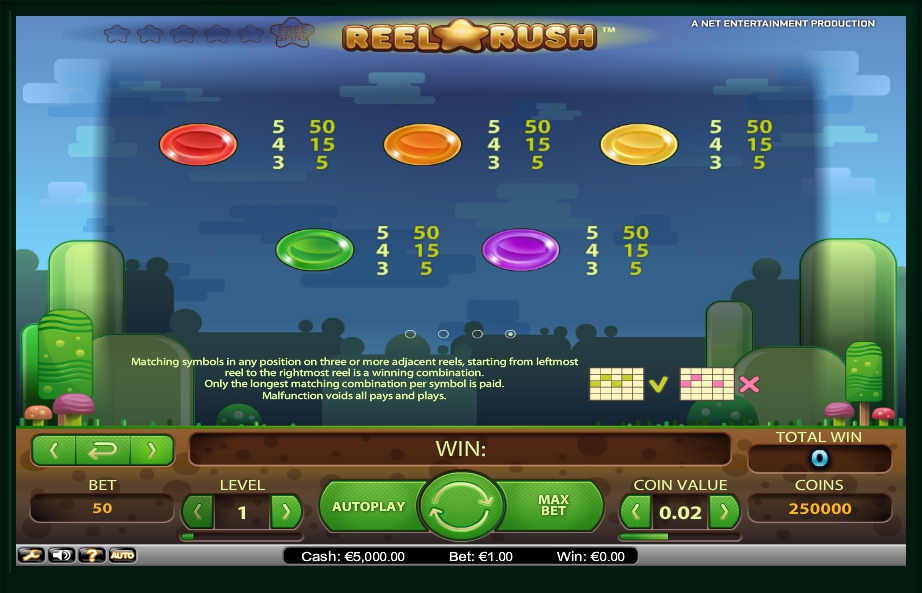 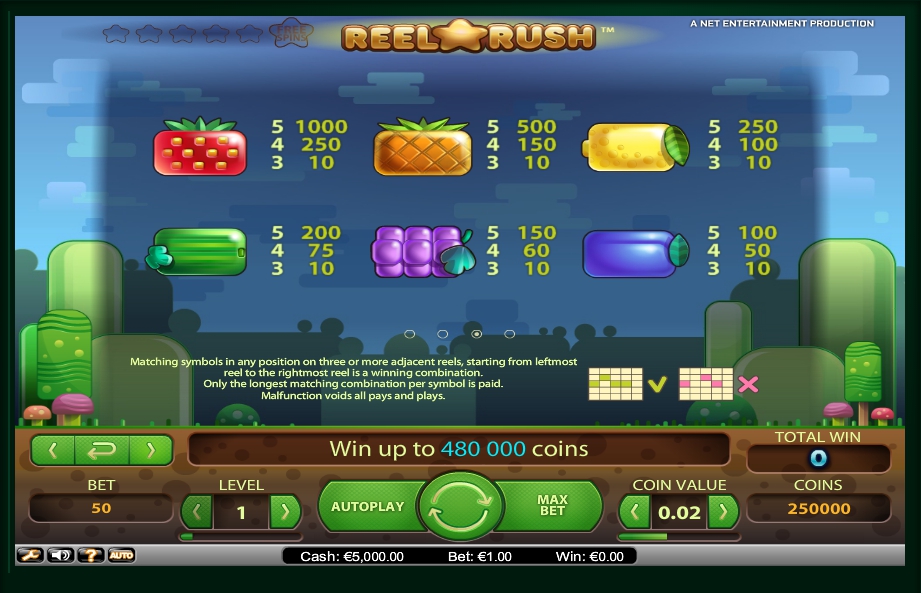 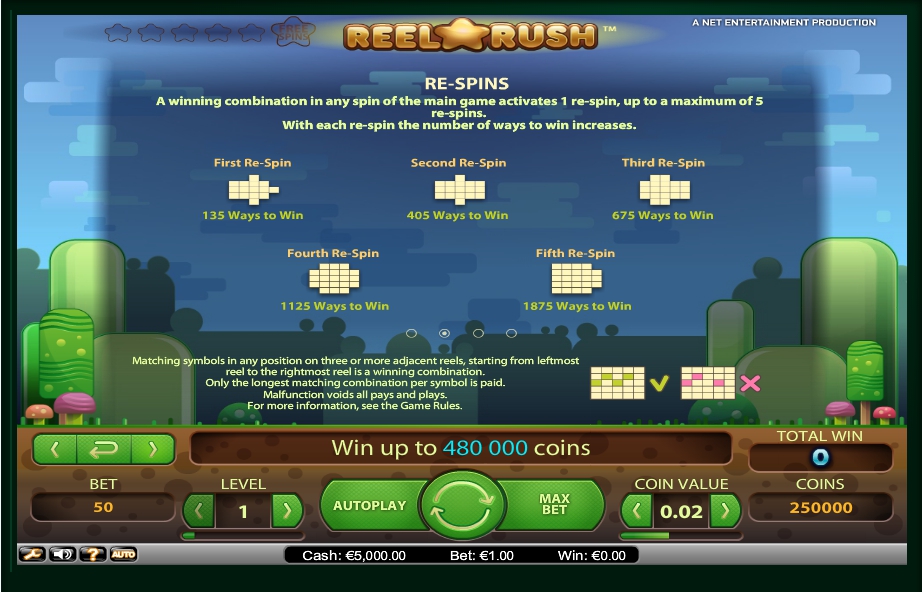 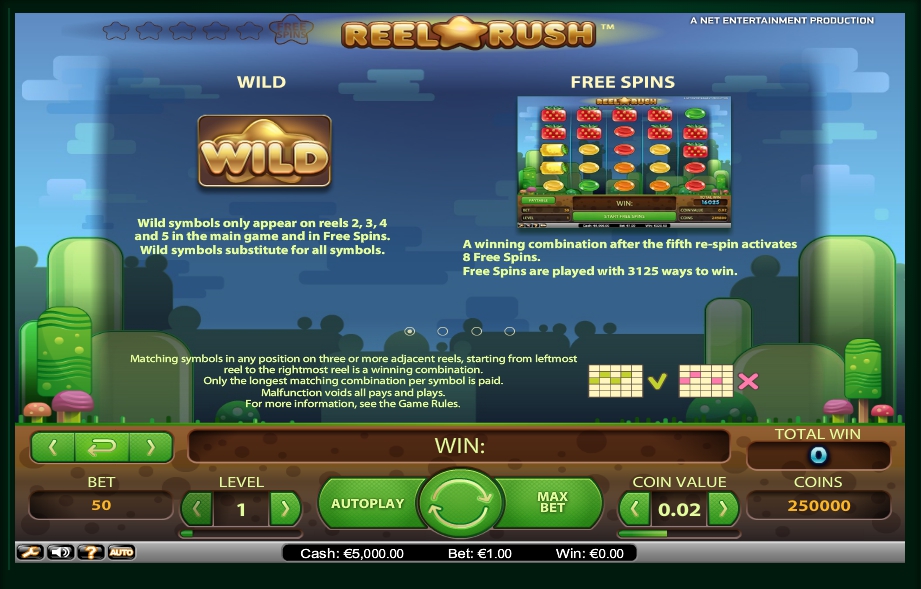 The general appearance of the Reel Rush slot machine creates an intrigue and provokes to press the button help to understand – what needs to be done and that will be farther. Do you like sweets? Not only women, but also men for certain will answer to this question positively. But even if is not for sure, then precisely nobody will refuse the juicy renewing lollipop, especially if together with bright candies you are able to catch a quite good scoring of real money. And don’t forget, there are sweets but no calories!

Moments before start of a game, on the blue screen juicy lollipop characters are just ready to start gleaming a bright kaleidoscope. But pay attention, not all windows on the reels are opened, and only in your hands is an opportunity to launch rotations on complete power! Indulge yourself with sweets and that it is twice more pleasant to you, enjoy tremendous animation effects and music which reminds a crystal ringing of such attractive lollipops.

Range of coins is from 0,01 to 20 cents, and the quantity of coins to the line can reach ten. Simple calculations and we see that the maximum sum on rotation can reach $100.

However, the technical characteristics, habitual for automatic machines, with this come to an end. Pay lines are presented in the form, absolutely not habitual for the player. On the beginning of each rotation in the Reel Rush, not all positions are activated, but the screen reminds a rhombus form.

The statistical percent of payments in the form of prizes makes 97%!
The maximum sum of a prize for one rotation is up to 480 000 coins that at the maximum rate of 100 euros (20 euros cents for one coin) makes 96000 euros! Not bad?

There are different symbols of the Reel Rush slot machine:

We will begin with the simplest in a form, but not in taste, the candies that are red, green, orange, violet and yellow oval and all of them are lollipops. Beat out a successful combination and receive from 5 up to 50 juicy credits!

The following group of symbols is more interesting, both in forms and in payments. Here five lollipops have appeared at once: blue Plum, violet Blackberry, green Watermelon, yellow Lemon, orange Pineapple and ripe red Strawberry. Such lollipops, gathered on the screen, will make your life sweet, having filled up the game account on 10, 50, 150, 200, 250, 500 and 1000 coins!

The gold Asterisk with the inscription “Wild” became a wild symbol, which appears on all reels except the first one. This element hasn’t changed the features in Reel Rush slot and replaces with itself missing symbols in combinations.

And here the following function considerably differ from that possessed practically by all video slots of the NetEnt – in the game Reel Rush though there is no Scatter symbol, but nevertheless there are very interesting bonus free rotations during which it is possible to receive prizes on all active lines!

The bonus game Free spins in the Reel Rush Slot is organized in such a way that you receive 8 free rotations at the most opened field. Chances of a big prize increase tens of times! To receive free rotations it is necessary to collect any advantageous combination 6 times in a row during continuous additional free rotations.

Planet of the Apes