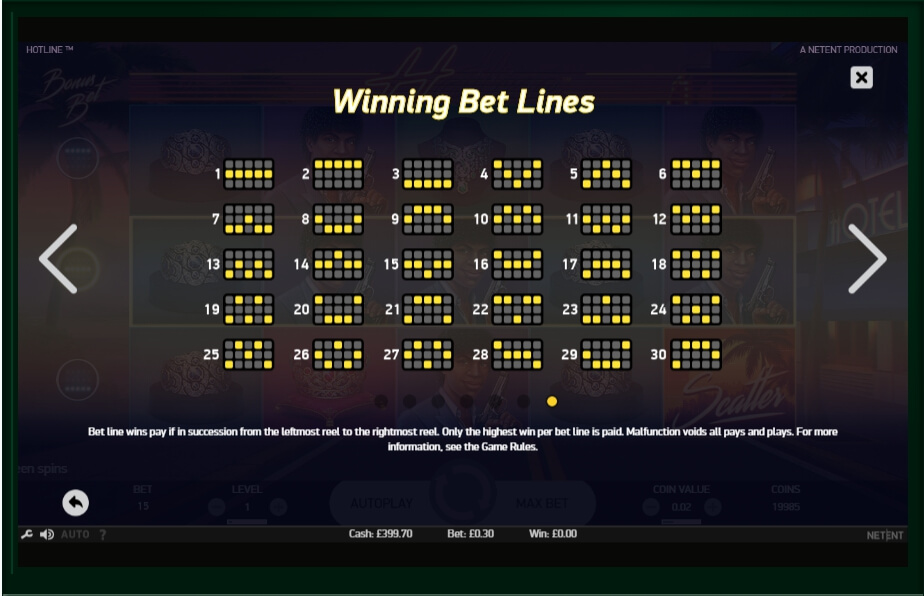 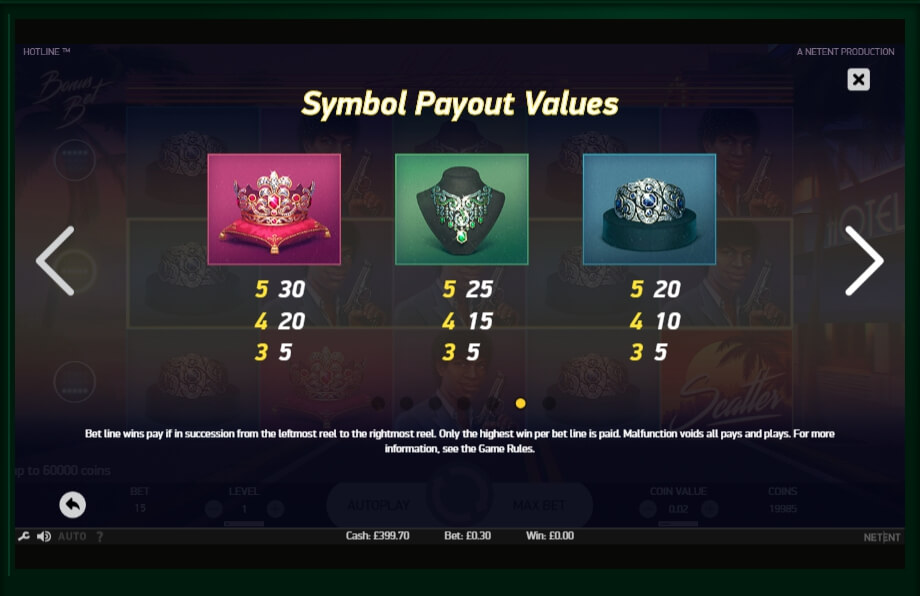 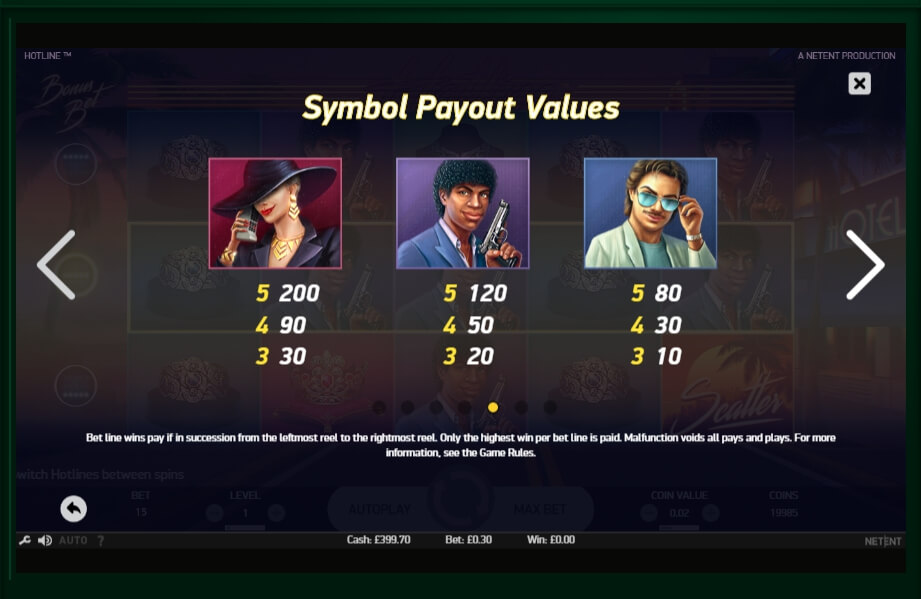 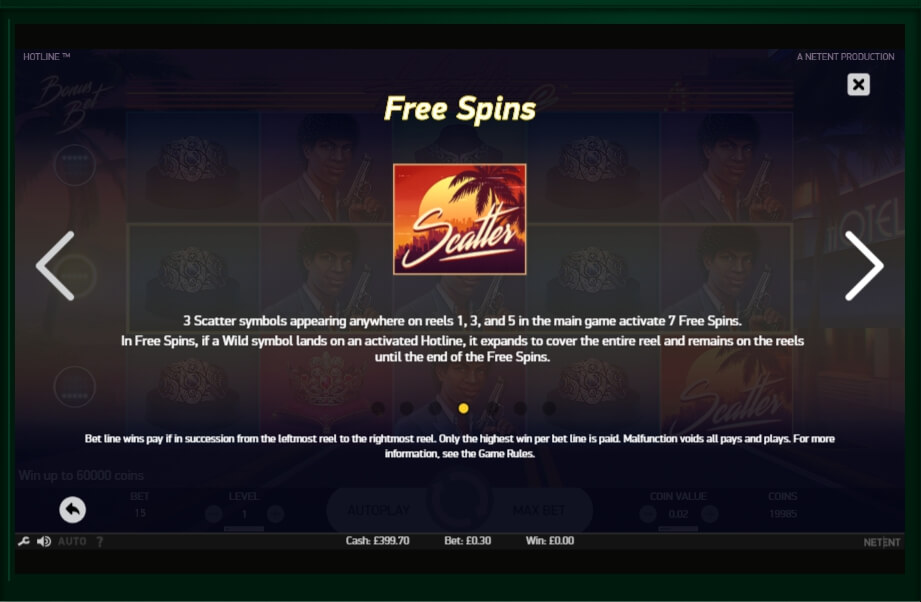 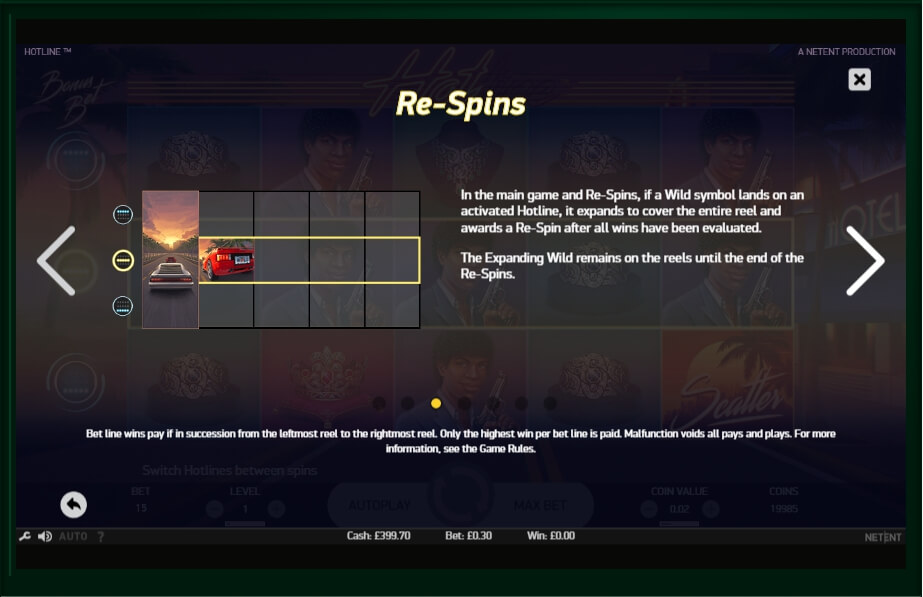 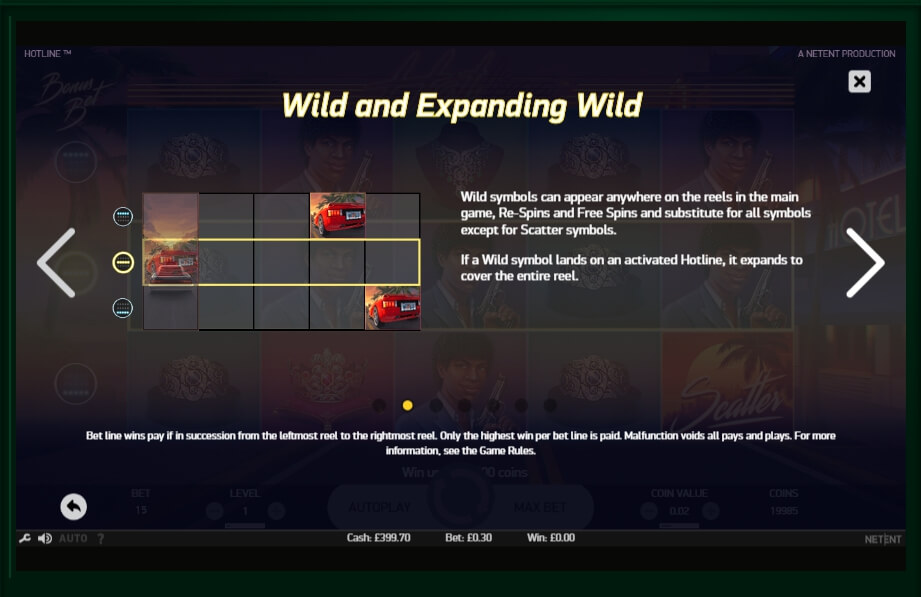 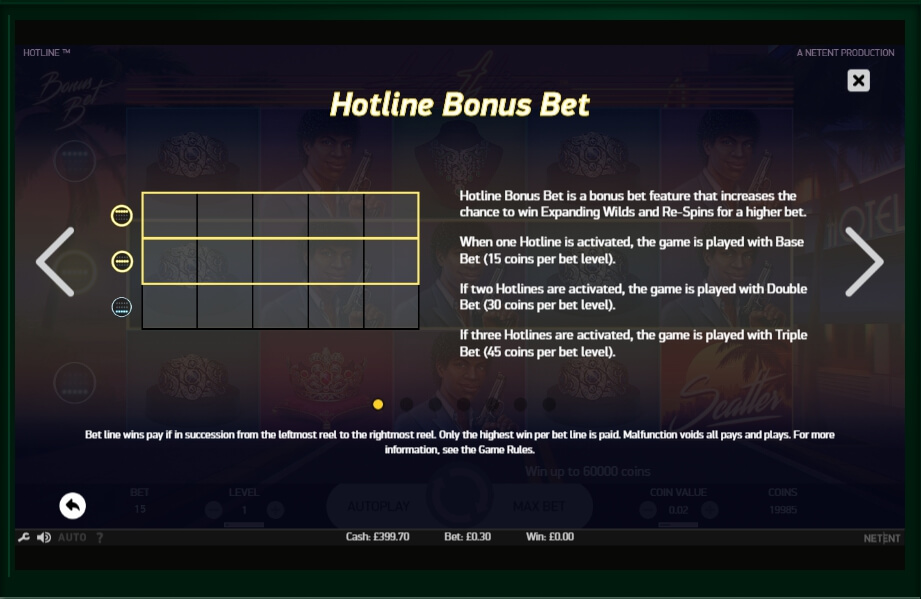 Not so long ago, NetEnt released a stunning slot machine called Hotline. It will take you to Miami in the late twentieth century, where your companions will be colorful characters with huge cell phones and shiny pistols. Apparently, they intend to rob the jeweler’s salon, where luxury jewelry is presented. In addition to the unusual theme, the game will surprise you with original gameplay capabilities. The user is guaranteed to receive excitement, adrenaline and positive emotions. In addition, by robbing the jewelry store, the player can receive many prizes.

This is a terrific gaming machine that can intrigue every user. After the player chooses this slot machine in our online game portal, he/she will see a bright and dynamic video. It will tell you about the main characters of this game. A beautiful girl robbed the jewelry store during which she was helped by her boyfriend. Then, you will see a dynamic pursuit of robbers. But the user can skip the screensaver by clicking on the “skip intro” button.

In the background, Miami is depicted the end of the last century. The graphic designers have used 3D effects as well as high-quality animation. At the top of the logo there is a game that is located above the 5 reels and 30 paylines. This style is emphasized by musical effects.

On the left side there are three bright buttons with which the participant can set the number of active rows. At the bottom there is a convenient control panel. Besides, there will be a hint that shows the size of the jackpot (60 thousand credits).

After this, the player needs to display the coin value using the “coin value” function. The “level” button has additional controls (+ and -) that affect the size of the total bet. But these indicators can also be displayed using the “max bet” button. But notice that this option sets the highest values of the indicators. To start the spins, you can use the following buttons: Autoplay and Spin.

To escape from the police and avoid punishment, the participant must learn the rules that are opened with the “i” button. Also here you will find a table of payments. With the help of additional buttons, the user can turn off the sound and also open help.

Wild (a red car) appears in any cells and replaces other pictures in the chains. If the wild symbol is at any position on the hotline, it fills the entire column. After charging the payments Wild remains in place, and the remaining drums spin for free again. Scatter (evening landscape) is presented in the first, third and fifth columns. Three of these elements activate an additional round.