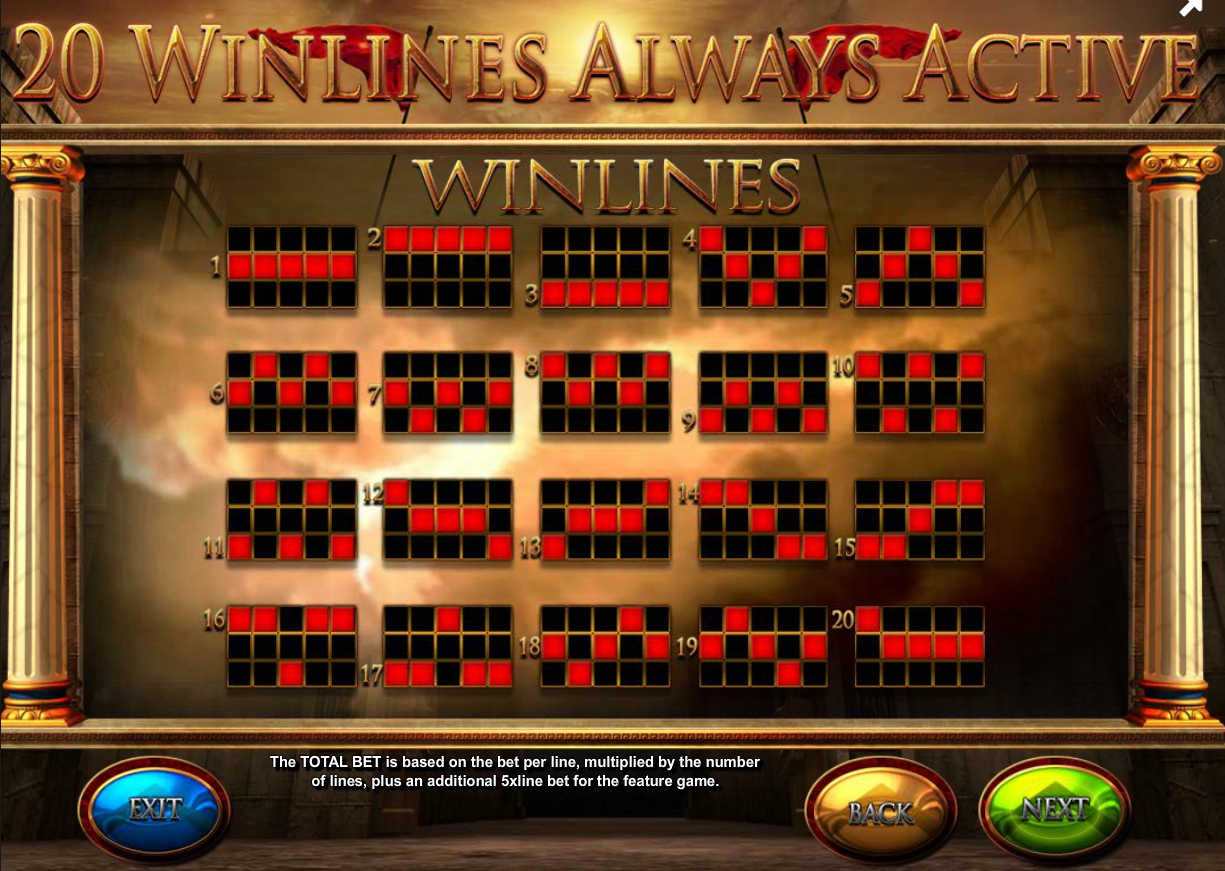 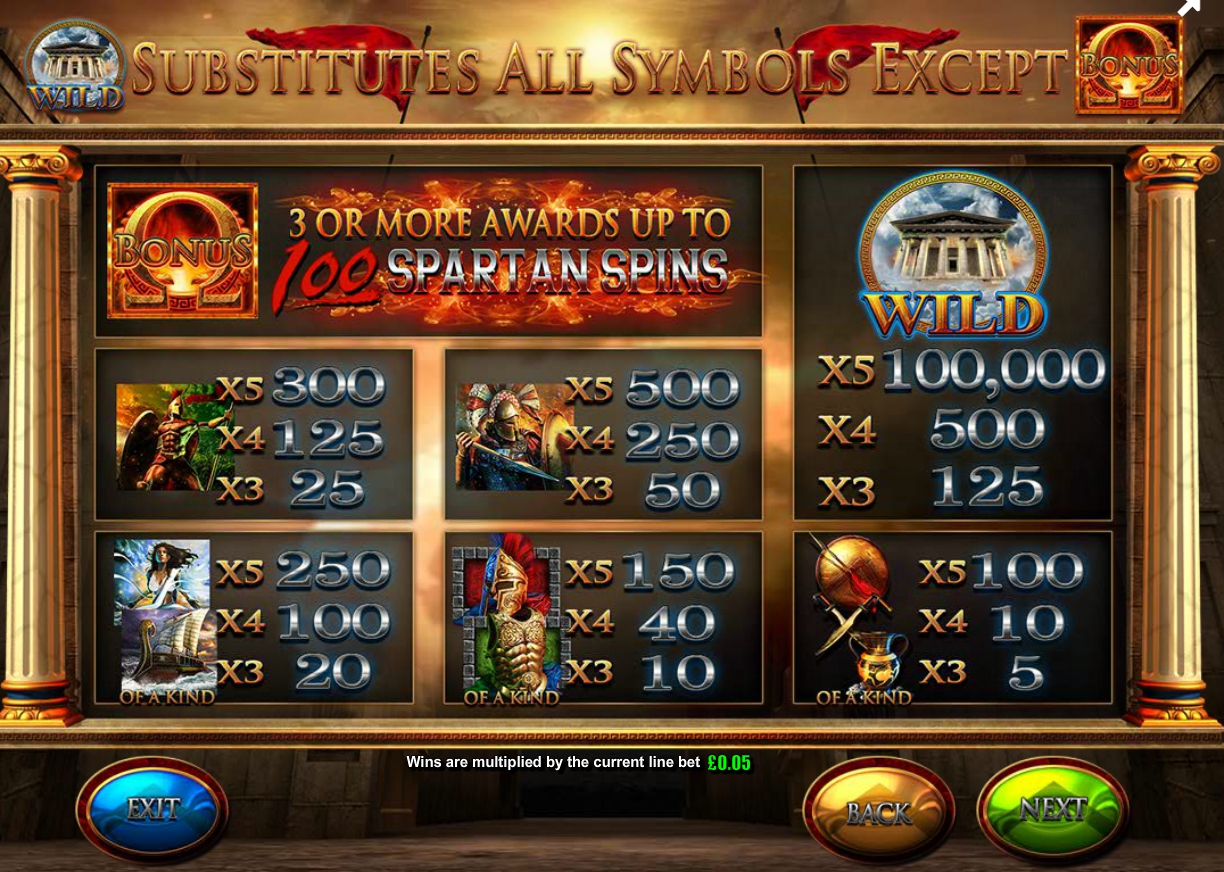 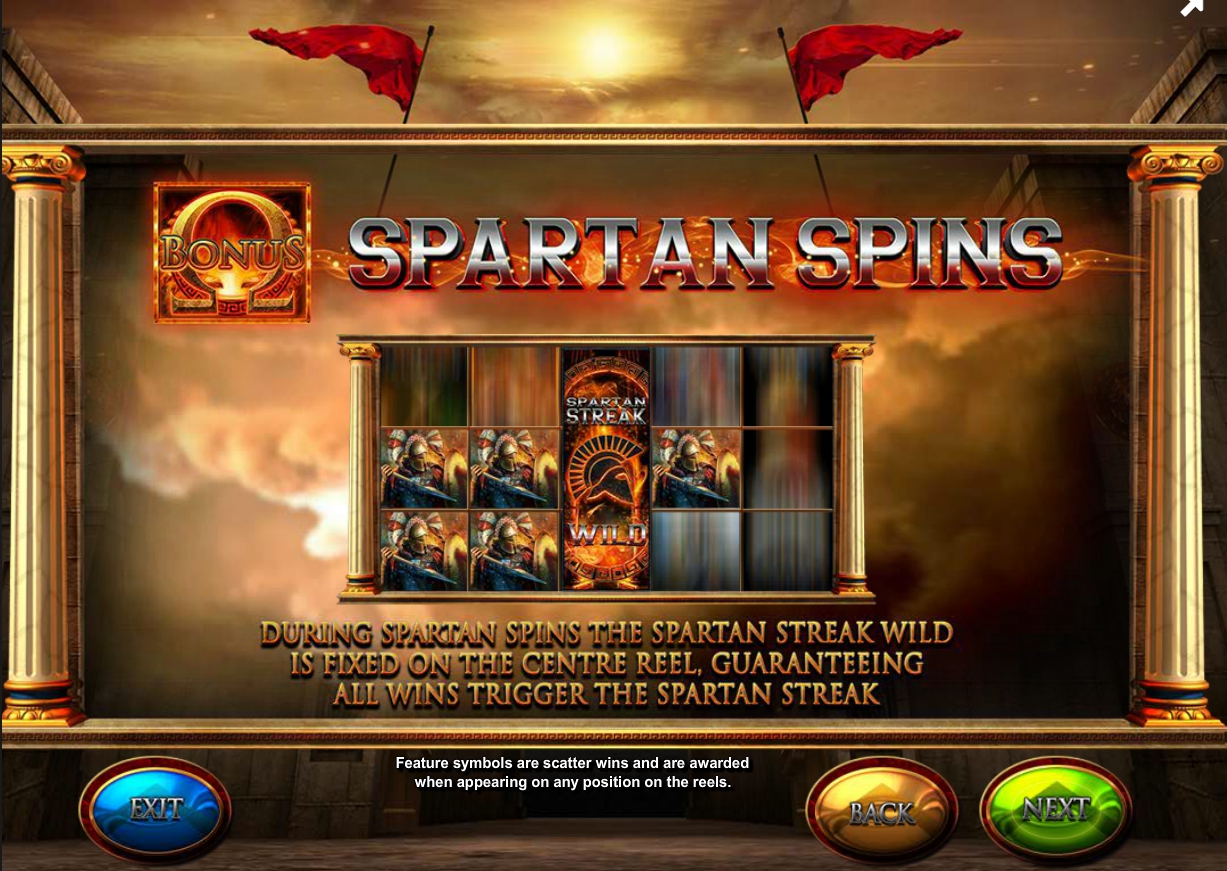 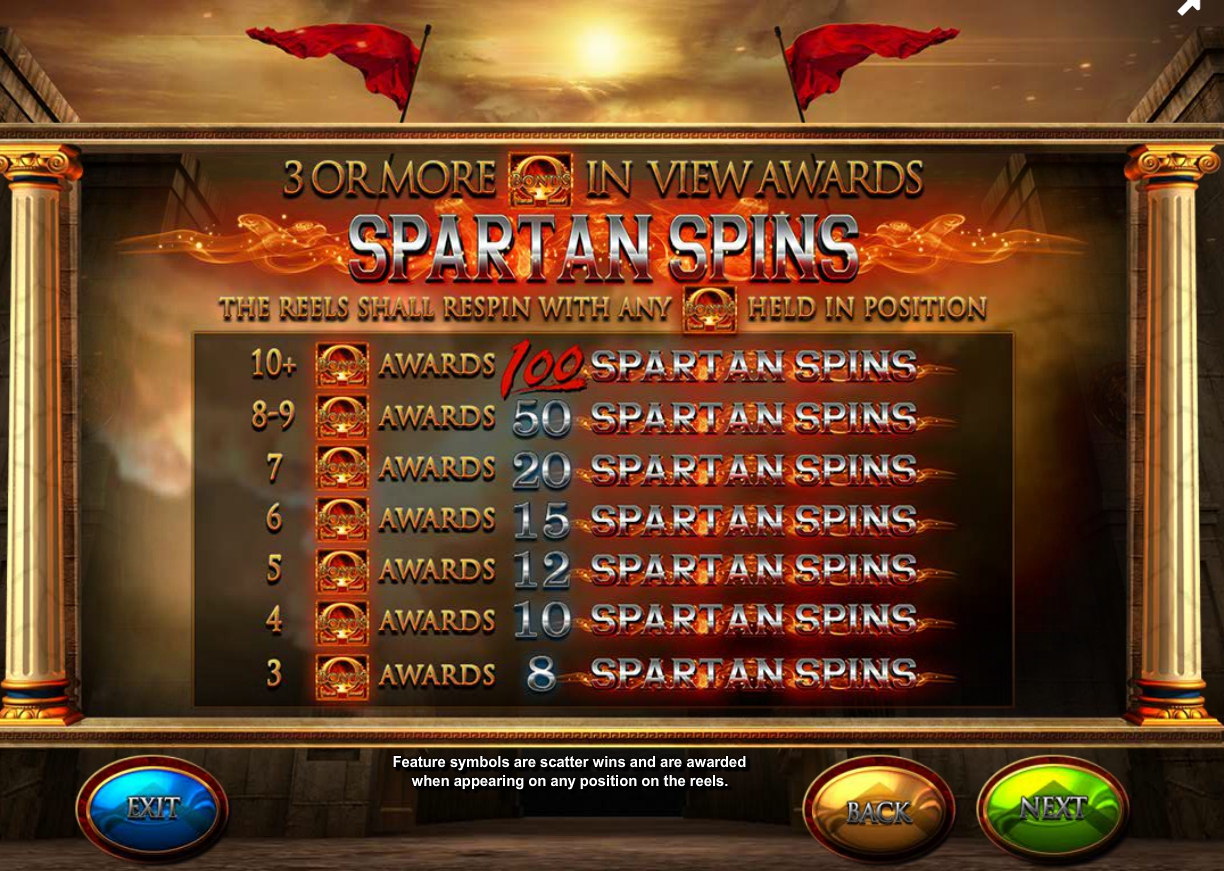 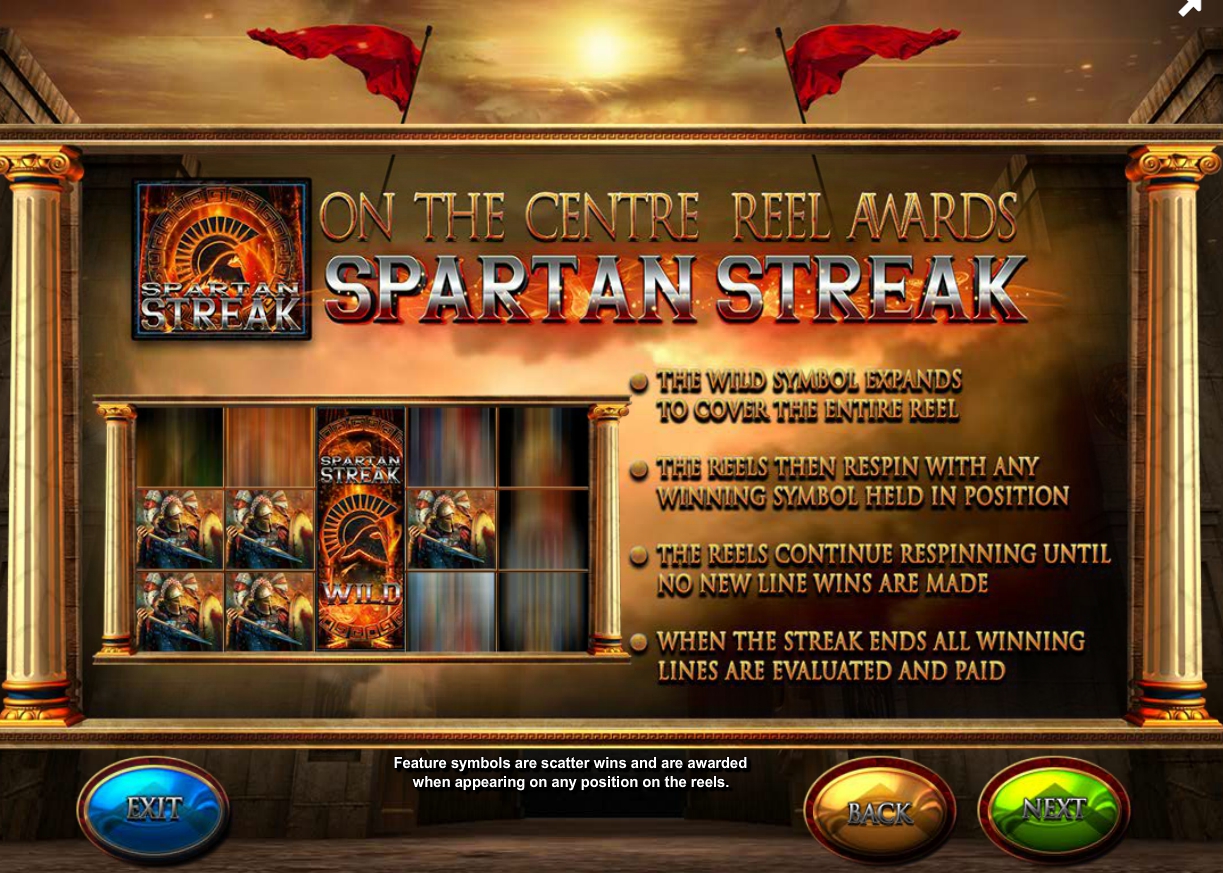 No one will deny that the Spartans were ones of the most impressively organized military cultures in history. Their manner of conducting military operations with the use of an unshakable structure and a wall of shields and spears allowed them to defeat almost any opponent who fought against them. About these amazing people was shot a lot of films. And the stories of their battles inspired a lot of people. The Blueprint Gaming Company, which is a newcomer to the online gambling world, also drew attention to this topic.

In short, Fortunes of Sparta is a fascinating slot game on five reels with 20 lines and a stunning graphics depicting the heroes of the famous film. In addition, the game will be accompanied by a bravura music, symbolizing the victory and tuning a player in the right way.

A participant must necessarily get familiar with a control panel and study all the theory before starting the reels, and then it is possible to apply it in practice. Therefore,, first you need to enter the Paytable section, which contains an information about payments, combinations and basic rules of the game.

Only by viewing these lists, a user can set the optimal bet size. To do this, use the Total bet button. The player needs to know that the higher the bet is, the more opportunities to form an advantageous combination are possible to be got.

An automatic game is also at your service in the Autostart tab. An information about how the gaming process is running, how much is left on your deposit account and how much you won, will immediately be displayed on the screen.

So, the Greek Temple will play as Wild and, substituting for all other images in the game, except for the Bonus one. Furthermore, it can form profitable combos, when you land 3 of them on an active pay-line.

The Bonus symbol will award a customer with free spins if landing 3 of them anywhere on the reels. You can win up to 100 spins because once the reels start spinning, any bonus icon that appears on the reels will re-spin them and the Bonus will be held in position. During Spartan Spins, the Spartan Streak is fixed on the central reel.

If you land the Spartan Streak symbol on the central reel you will be awarded with the Spartan streak. The Wild symbol will expand to cover the whole reel and the reels will re-spin while any winning symbol remains locked in position. The reels continue re-spinning until no new winning line is made. When the streak ends, all wins will be evaluated and awarded.