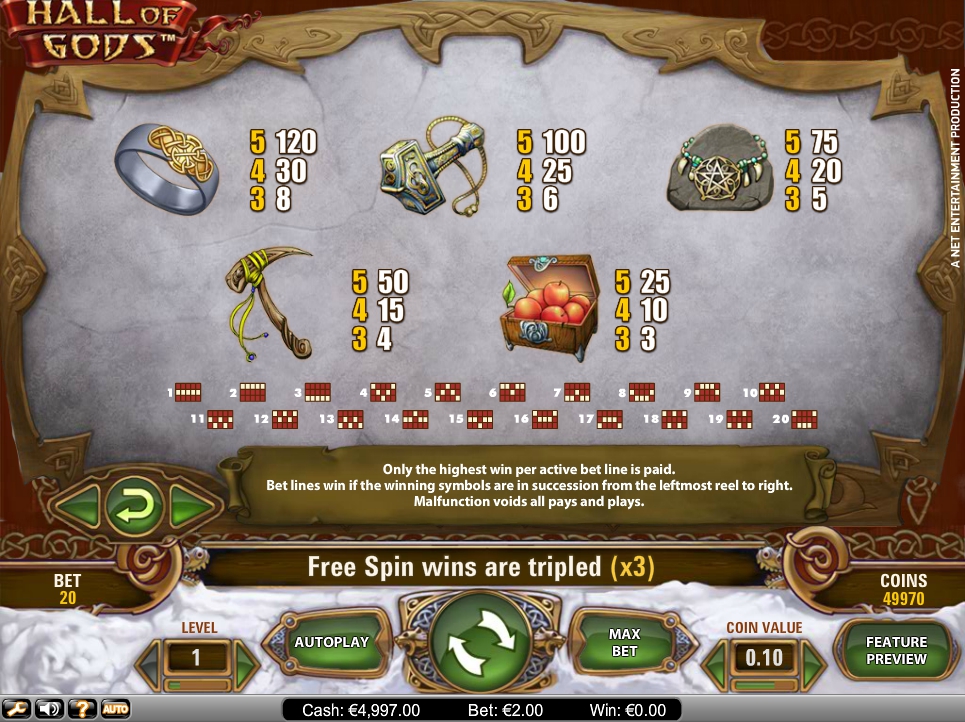 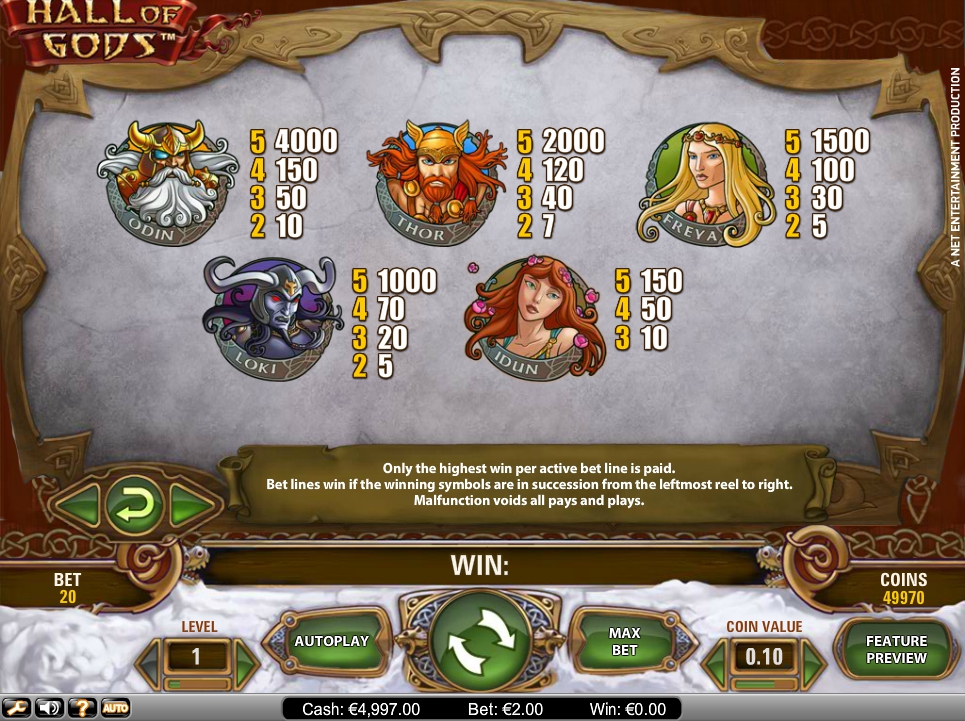 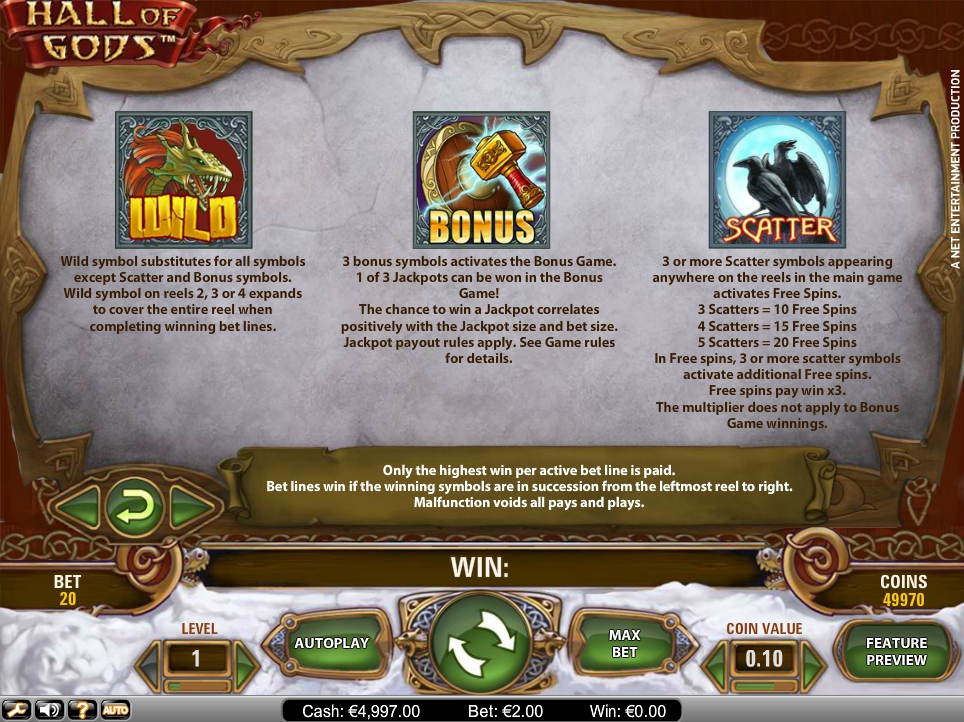 People should know that these gods descended once to the people from Scandinavian myths and has ever since considered the most powerful and omnipotent deities. The player has to trust the instructions of the gods, throw away all fears and plunge into the world of excitement. “Mighty” video slot Hall of Gods from the Net Entertainment company will tell the player about the most powerful gods that ever existed on the earth and beyond.

The game takes place against the backdrop of a ship, headed by a man, attacked by a sea serpent. This design is a little frightening, but fully meets the general theme and guarantees the user an interesting and exciting game. In addition, the “divine” game is set up by thematic symbols, as well as the corresponding sound effects, which resemble the soundtrack from some historical film.

In addition to the game symbols, the participant has to familiarize himself with the control panel of the slot. It is presented in the form of several buttons, so even the novice player can learn their values. And so, at first the user needs to visit the PAYTABLE section. It contains full information about possible combinations in the machine. In addition, there are the basic rules of the game, as well as the size of payments for various combinations. When a competitor knows which combinations are functioning in the slot, he can do the necessary bet size setting. It is selected by pressing the LEVEL or MAX BET key.

In general, this device is five-reel and in its arsenal has 20 active lines, but if necessary the participant can use a smaller number of rows. In order to start the reels the player needs to use the button with two arrows or AUTOPLAY. With the help of the first participant can only carry out single launches, and thanks to the second user can set automatic rotation.

With the extra features this game does offer a free spins bonus and a cash bonus with a chance to win one of the jackpots. The free spins are triggered when you get 3 or more Black Crows on the screen. You are awarded 10, 15 or 20 free spins accordingly with all wins tripled. Another interesting feature is the expanding wild on reels 2, 3 or 4 if it is in a winning combination.

All this included means that it’s a pretty decent game to play with wins and let alone the jackpot. Finally 3 bonus symbols activate the cash bonus. Here you have to smash shields with a hammer until you match 3 of the same. They can be cash prizes or some of the jackpots.