Emperor of the Sea Slot Machine 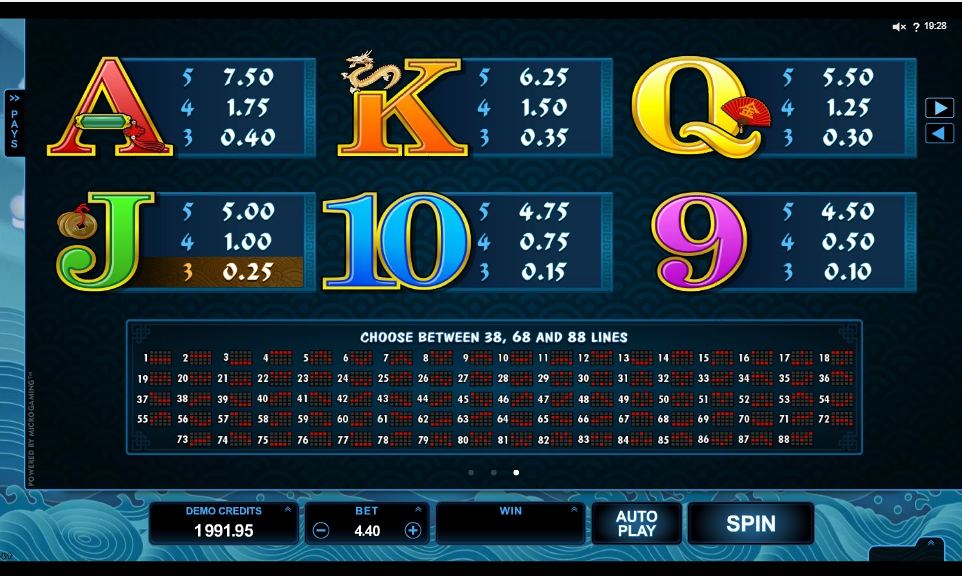 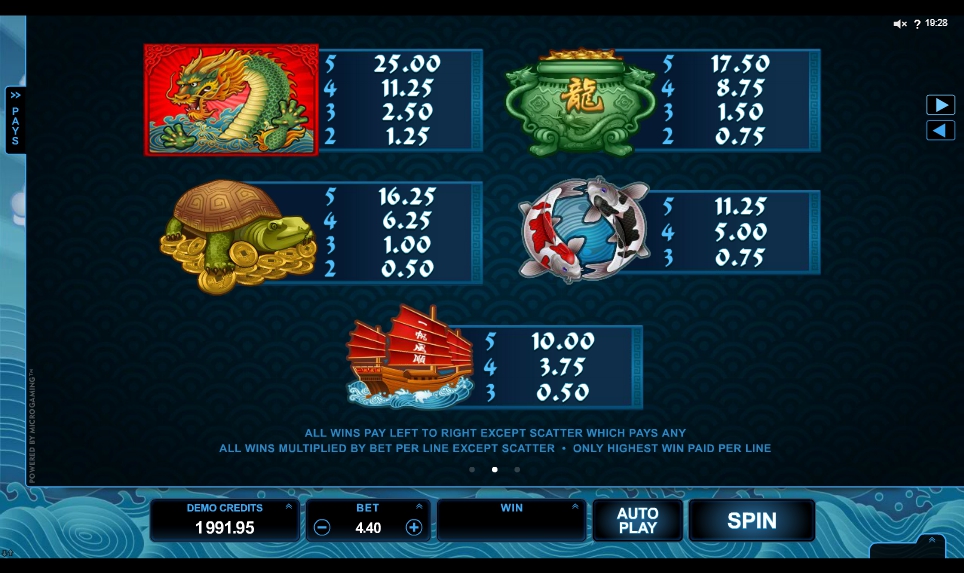 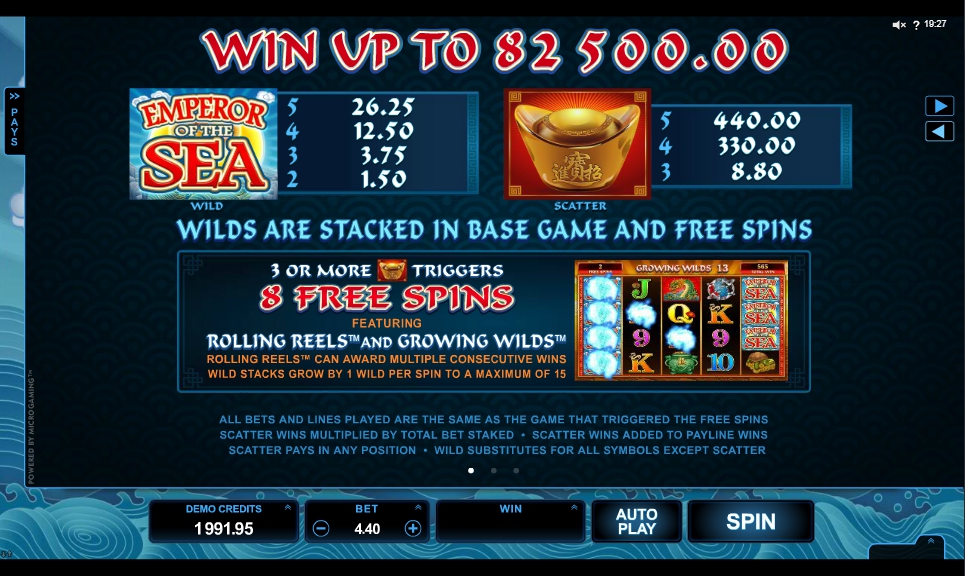 Emperor of the Sea Slot Review

Emperor of the Sea is a colorful gaming machine from Microgaming, which was inspired by Chinese sea voyages and discoveries. The combination of nautical themes and exquisite Far Eastern accents led to the fact that this model instantly became popular all over the world. And it’s no accident: the developers have done a great job both on design, and on the soundtrack, and of course, on generous payments. Play Emperor of the Sea slot for real money in any Microgaming casino available to you, or just enjoy this incredible slot in a free mode right here on our site!

Against the background of the calm seascape, which is painted with Chinese ink, there are game reels placed in a patterned wooden frame with golden accents. In general, the interface looks quite holistic and is traditional for Chinese culture.

Quite minimalistic, but at the same time an extremely understandable control panel is located at the bottom of the screen and allows the player to control the slot using the following buttons:

Emperor of the Sea video slot has 5 reels and 88 active lines. Game symbols can form combinations not only in a straight line, but also diagonally, or in a column. The wager in the game is from 1 to 10 coins per line, and the betting range is from 1 to 5 cents. The jackpot in the game is equal to 88.8 denominations of coins.

Before going and asking for blessings for good fortune from spirits, you need to get acquainted with the main game symbols. These are traditional Chinese jongs, boilers with gold, coins, amulets, and images of monsters that inhabited the seas. All this you will find on the game reels of the Emperor of the Sea casino slot.

Also in Emperor of the Sea five-reel slot, there are symbols with names of cards, and special symbols designed to help the player to get as many coins as possible:

A very elegant and bright slot machine with pleasant gameplay and good design and the payments here clearly will not leave anyone upset. Play Emperor of the Sea slot without download in any virtual casino that cooperates with Microgaming, or immediately try your luck in rounds for real money, and who knows, maybe you will become the lucky winner of the main prize.

Emperor of the Sea Slot Symbols