You can not play this game for free
For free slots game go
Play free
or
(27 votes)
Game Played: 10
Full screen: close 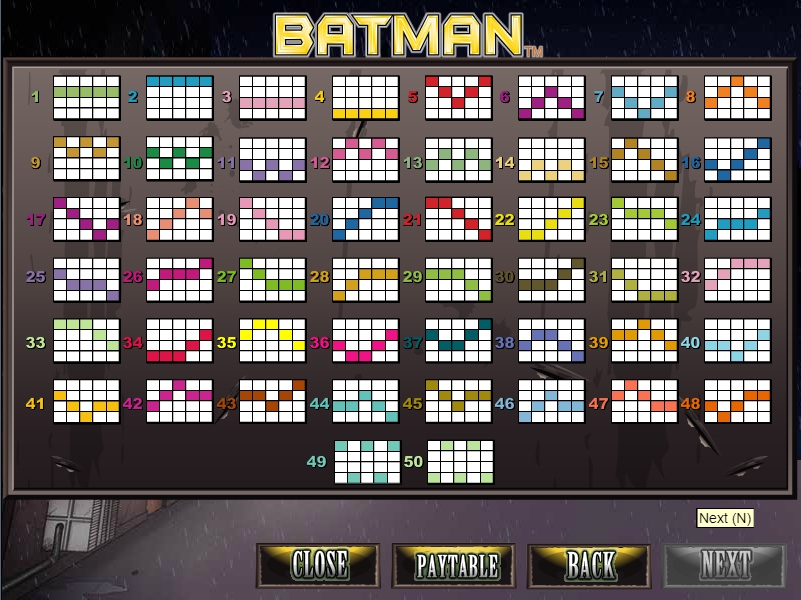 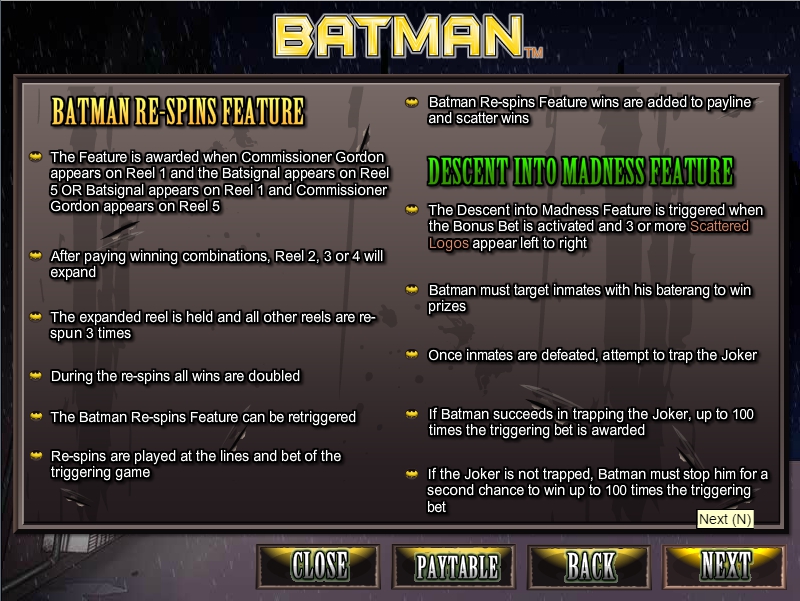 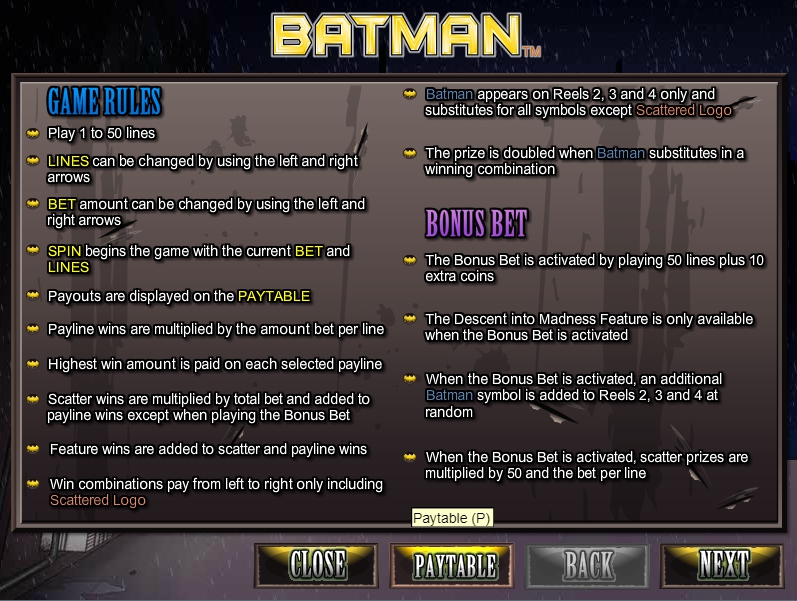 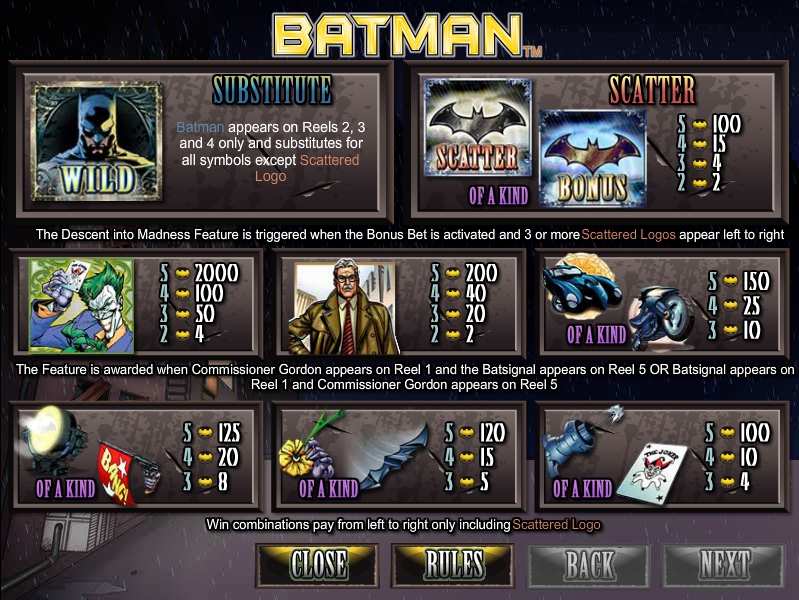 The topic of the slot is the famous DC comic series about Batman. A variety of symbols – Commissioner Gordon, Batman himself, Joker and the superhero accessories – seems to tell us the story of this breath-taking book. The relatively recent appearance of the slot and such a modern theme is attractive for beginners. However, experienced players should not hesitate to try this novelty of the casino world.

Speaking about the design it is impossible not to mention the modern, high-tech graphics of the machine. With the help of animation, shadow effects, high-quality detailed drawing of the symbols, a very beautiful and advanced game is created. Of course, the interface completely corresponds to the heroic theme – gloomy tone, unobtrusive music and background image, taken from the animated film about Batman. Quite a large number of buttons and modes at the beginning can confuse the newcomer, especially the beginner in the genre of gambling. However, at the first scrolling all the doubts disappear – the gameplay is completely adapted to the player’s requests. The symbols are also strict. You can distinguish only a few basic characters of the story line, everything else is the attributes and the accessories of the superhero. The main game is quite simple – 5 reels and 50 lines, which are regulated by the player. Much greater interest in Batman is represented by bonus games and modes.

The management of the “Batman” game machine is easy, more like a modern computer game. The Lines and Bet buttons set the paylines and bet accordingly. The SPIN button starts scrolling. You can also turn Auto-backs on the bottom left of the screen and even set the number of automatic scrolls.

It can be seen that the Betman interface is very simplified compared to its early counterparts. It is made to expand the audience and increase the popularity of the slot on the gambling market.

The scatter symbol bat also starts its work here. When 3 such symbols fall on the line, it brings you additional payments. A bonus is the developers` gift. Therefore, if Batman and his friend Gordon are on the first five drums at the same time, the player can wait for the additional prizes. Don`t underestimate the wild symbol in the form of the main hero of the Batman`s saga.

An Evening with Holly Madison