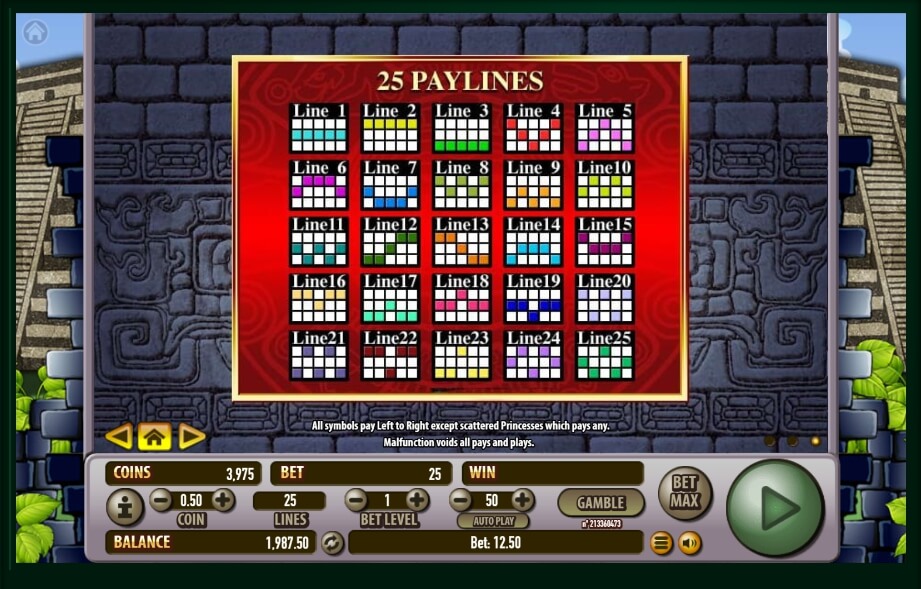 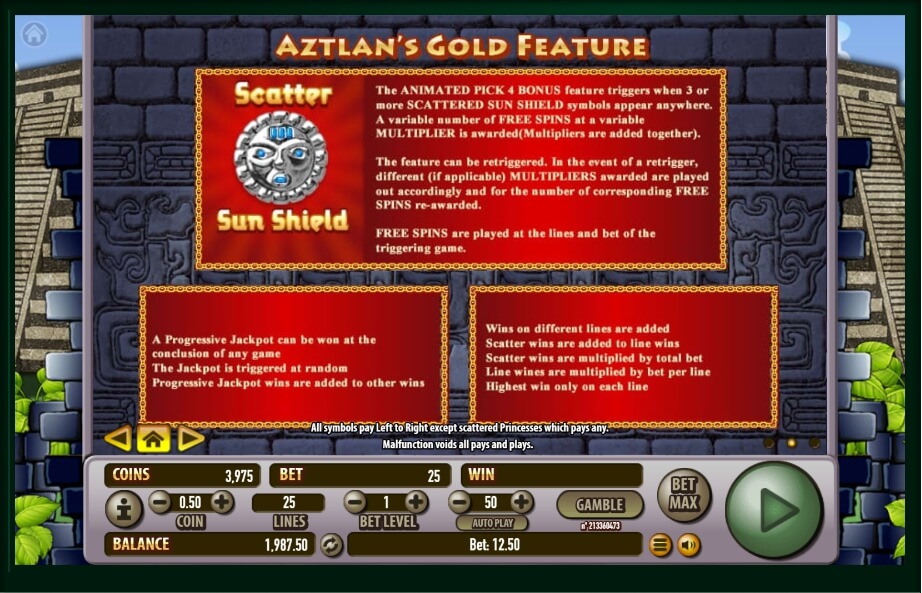 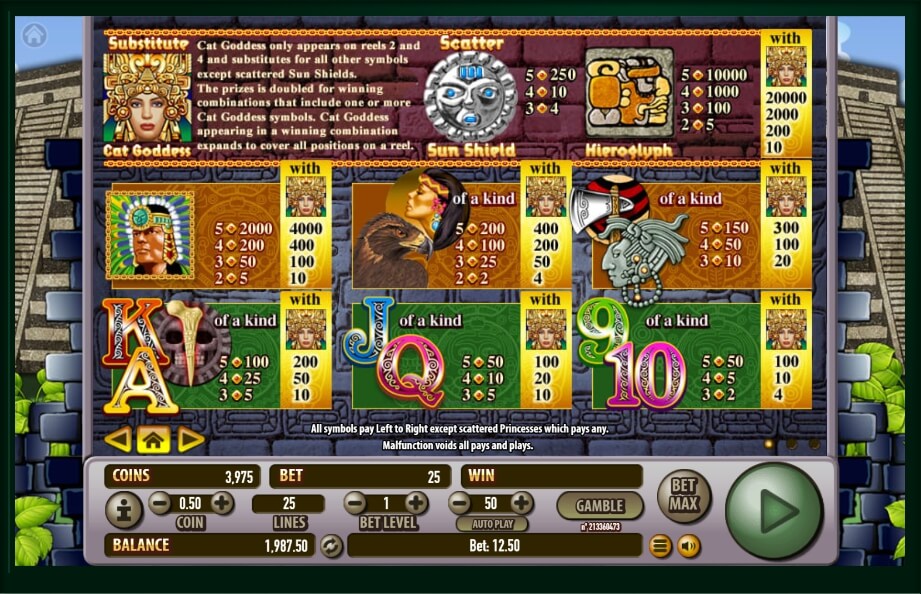 Read riddles of past times and get a reward instantly! There is nothing complicated in spinning the reels with the new bright video slot game, created by one of the freshest gambling developers on the market. The Aztlans Gold video slot machine has the bright HD graphics and 3D animation. The background of the slot game looks like views on the ancient cities, while bright symbols on the screen and light sound effects make it easy to concentrate on the game itself. There is no registration and no downloading required to complete before the start of another gambling session.

This is a traditional video slot machine with 5 reels and three rows. Players will be able to choose lines themselves in a game and it is really great option, as you may optimize a game to your own requirements. In total, the Habanero Software offers players gamble on 25 lines. However, they may press the “Line” button, check out certain placement of lines on the screen and select only those of them, that they consider being profitable.

Spinning the reels with this slot game gamblers can win a 1 200 000 jackpot!

Look for a sun shield and for a goddess symbol on the interface. They are two most important playing symbols in the game. Both of them can be found on any reel. They are not stacked and can appear instantly. The first one (sun shield) it is a scatter symbol. Scatter can activate free spins and a bonus game in the Aztlan’s Gold slot machine. The bonus game will look like a choice between most interesting mysteries of past. Choose a right one and you will get a reward!

The same time, during numerous free spins, that are available in the game, the player won’t have to bet money. He/she will have just to spin the reels one by one and play on already made bets with no odd moves. Only three scatters can turn on free spins and bonus rounds.

They have to appear on the screen the same time and you will get extra features turned on automatically. The second symbol is a wild one. It starts working even if there is only one plating symbol available. The wild symbol can just appear on any reel in the game and replace all other symbols with those that are needed to get a winning combination.

The multiplier is also available in this video slot machine. To turn it on, players just have to get a lucky combination during the game. The multiplier in a form of symbol game will turn on automatically and offer the player to choose between red and black symbols. Choose a right one and you will be able to get your cash doubled.