You can not play this game for free
For free slots game go
Play free
or
(11 votes)
Game Played: 38
Full screen: close 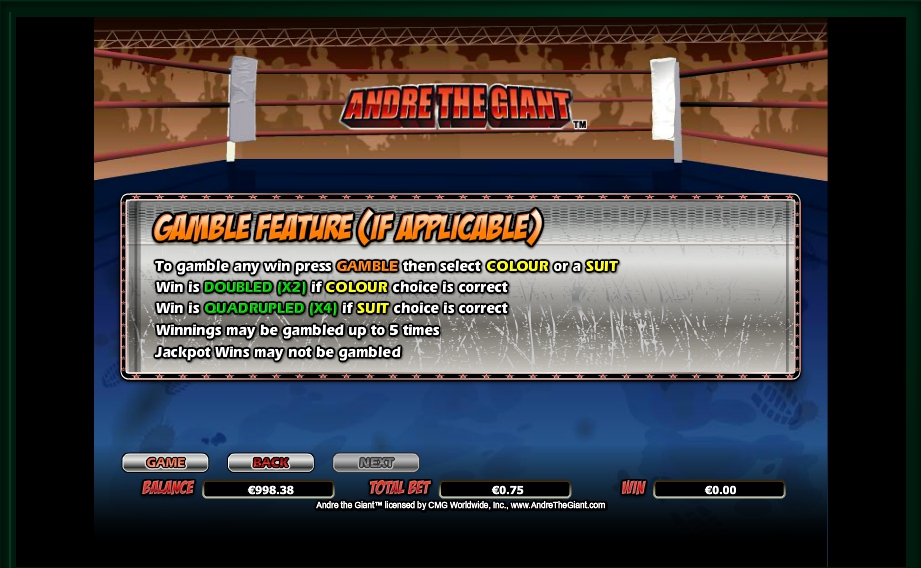 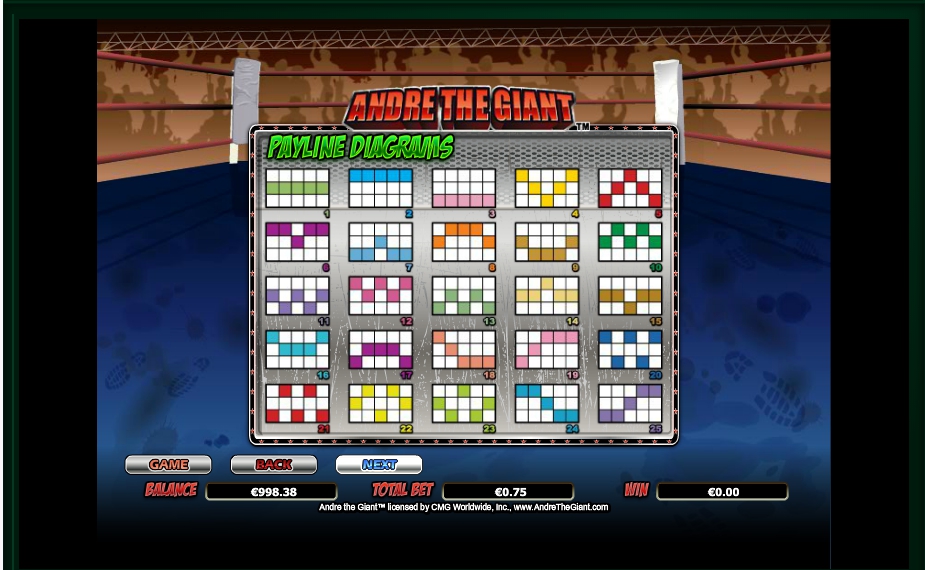 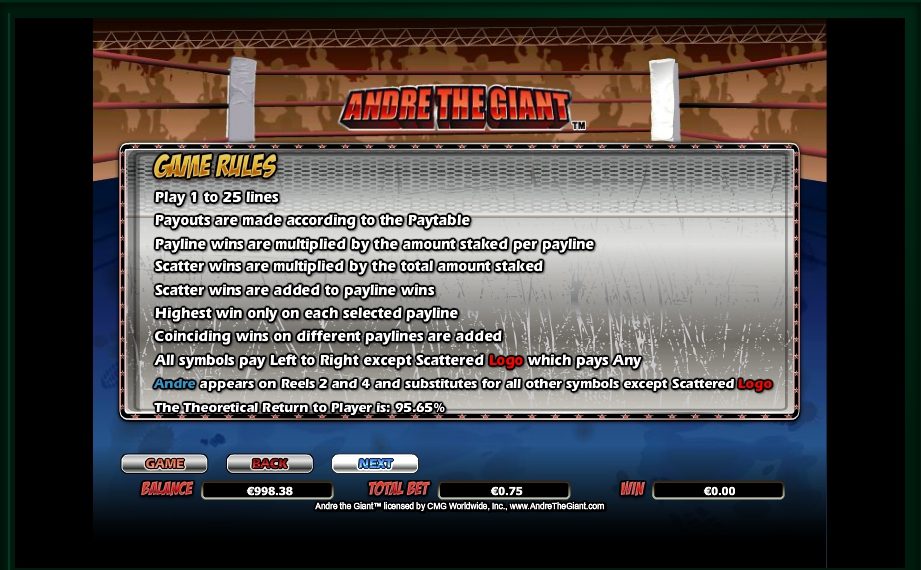 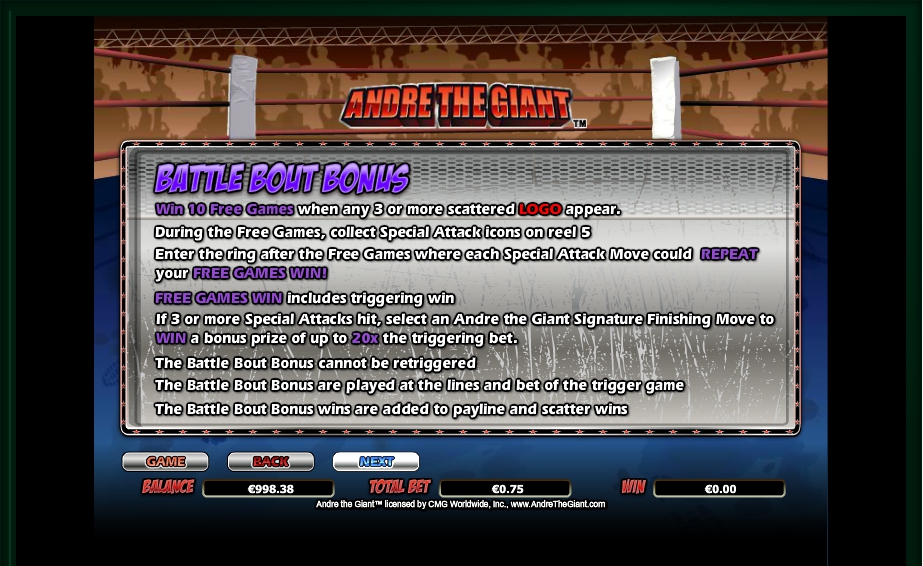 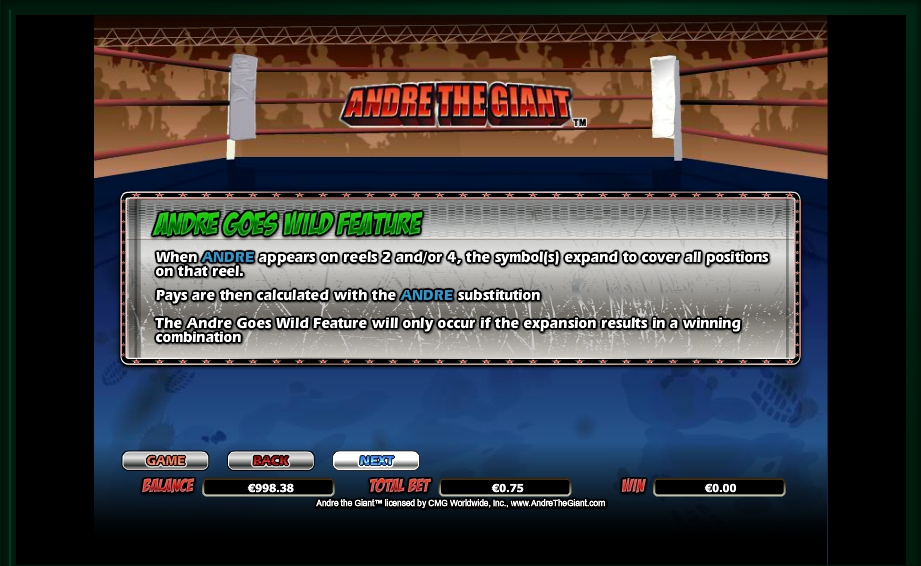 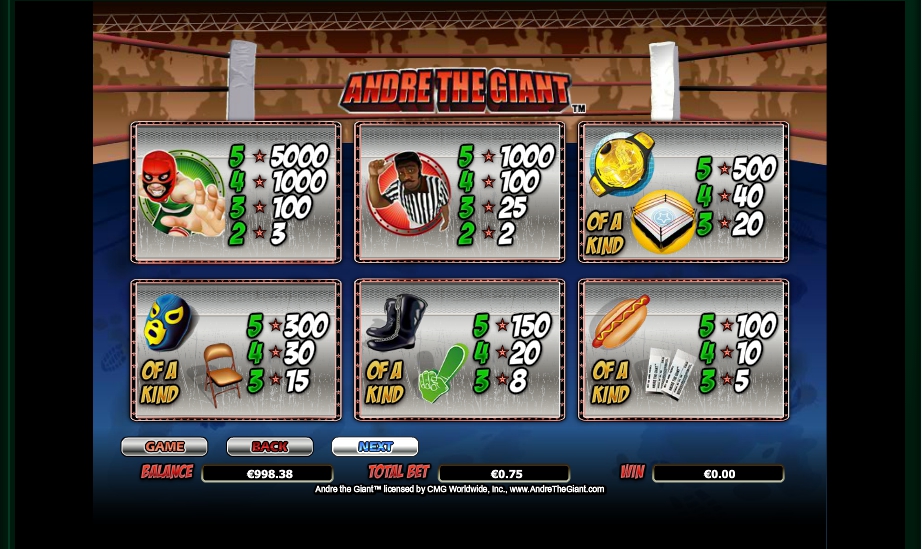 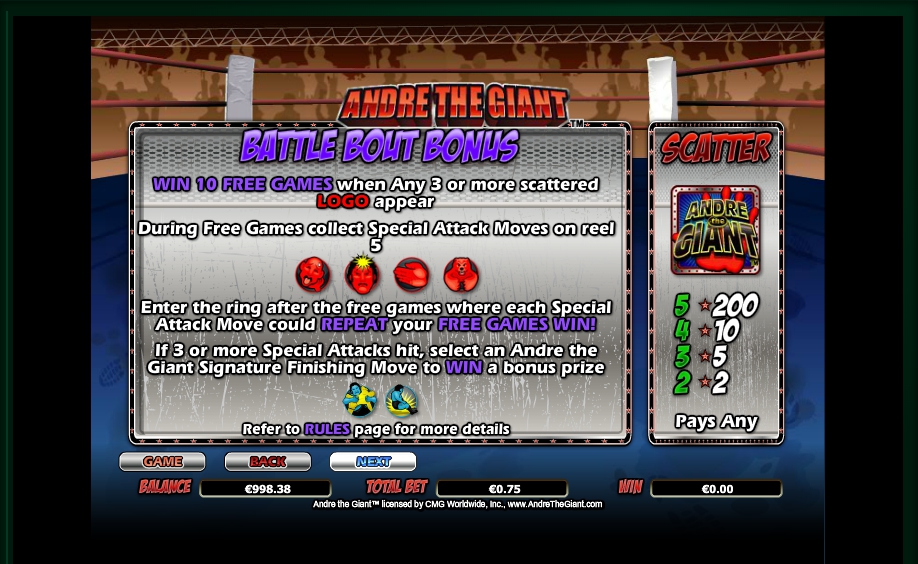 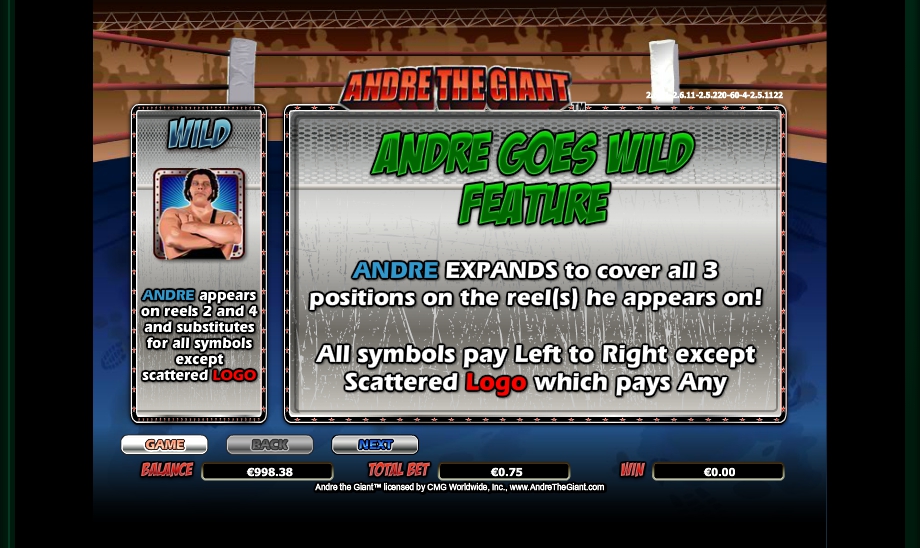 The topic of this slot is devoted to wrestling and Andre the Giant, who was the leader in this kind of sports. Andre was a French wrestler and actor. He had an unusual disease. Acromegaly is a disease associated with impaired function of the anterior lobe of the pituitary gland and is accompanied by an increase in hands, feet, and skull. A similar disruption of the pituitary gland at an early age causes gigantism. Andre was very tall and strong. In his youth, he became interested in wrestling and achieved great results in this entertaining sport.

He had many nicknames such as the Eiffel Tower, the eighth wonder of the world or a monster. Achievements in the sports have let Andre dive into the cinema industry. Unfortunately, due to the constant pain associated with his unusual illness, Andre abused alcohol. Beer for him was the main source of calories, so Andre drank beer in giant quantities. Most likely it was the cause of his death. The developers of the NextGen Gaming decided to devote a new online video slot machine to this legendary person under the title Andre the Giant.

Wrestling show on the reels

The Andre the Giant slot invites you to become a member of wrestling. The blue ring is the main backdrop where the wrestling elements will build 25 pay-lines. The modern slot graphics will transfer all the power of great Andre.

The wrestling show on the reels has a corresponding musical accompaniment. The control panel has two rows. On the top band, the gambler will notice such keys as the Info, the Autoplay, the Lines and the Bet. The Lines and the Bet have arrows + – and a window the Max for fixing pay-lines and bets.

There is also a gray key Gamble and green Spin. The lower row is represented by the windows of the Balance, the Total Bet and the Win.

All the elements that will rotate on the reels are dedicated to this bright kind of sports. The gambler can notice such elements as a mask, boots, a hot dog, a green glove, a chair, a gold belt, a referee, a fighter and tickets for the show. Each element in the winning composition will provide payouts in real money in accordance with the payout table.

The gambler can view this table in the corresponding section of the slot. Each victory provides access to the Gamble program where the gamer can double his sum. The max giant jackpot is 5000 points. The wild Andre will fight on reels No 2 and No 4 and may cover all three positions on the reels.

If it is, the gambler will come in the Andre Goes Wild program. Andre may replace any element, except for the scattered Logotype of the slot. Three or more logotypes will provide the gambler with 10 free rotations. During these rotations, he should collect five of Andre’s key techniques in wrestling named the Special Attack Moves.

The gambler can visit the ring where each Special Attack Move may provide a win again. Three or more special attacks allow the gambler to select a victorious attack to obtain a multiplier up to 20X.

The Andre the Giant slot demo mode for free

Wrestling is a very entertaining sport. In Las Vegas, there are often held wrestling competitions among men as well among women. A gambler can attend one of these competitions with the participation of Andre the Giant without registration and download. Viewing such a duel in the demo mode will also be interesting and the main thing it is for free.