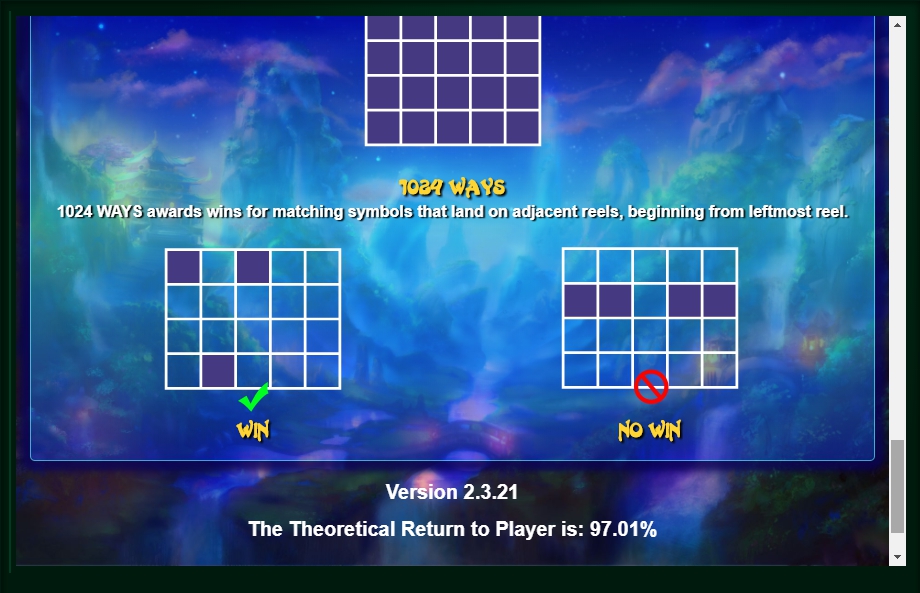 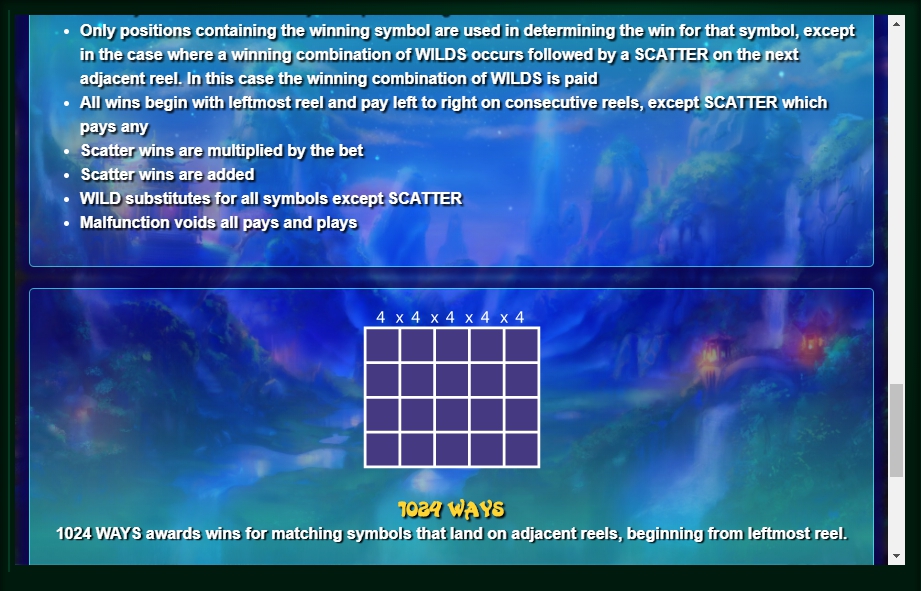 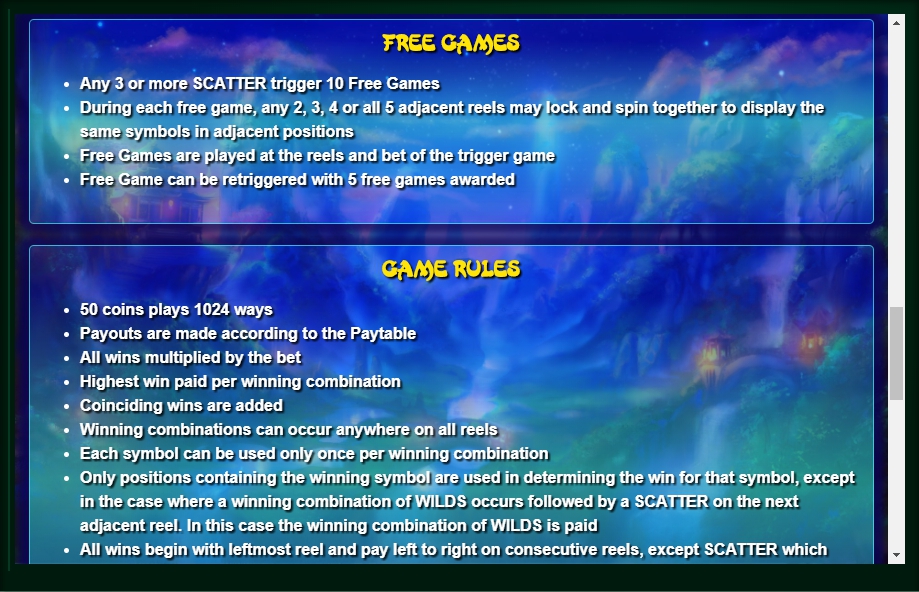 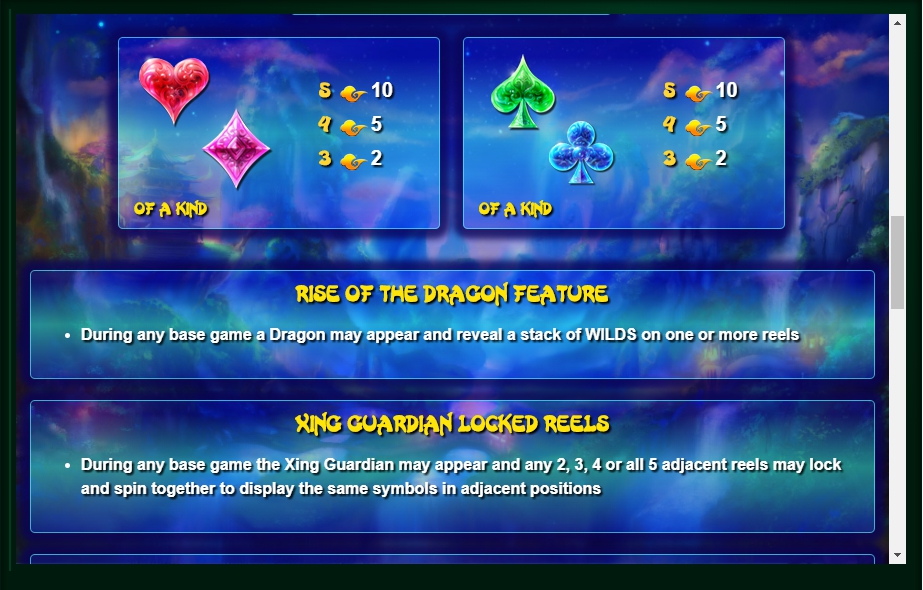 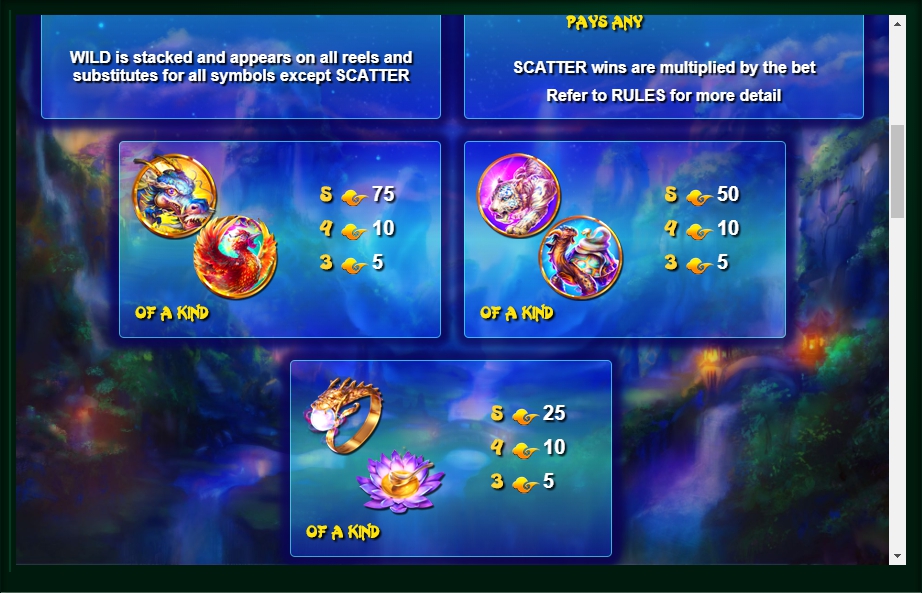 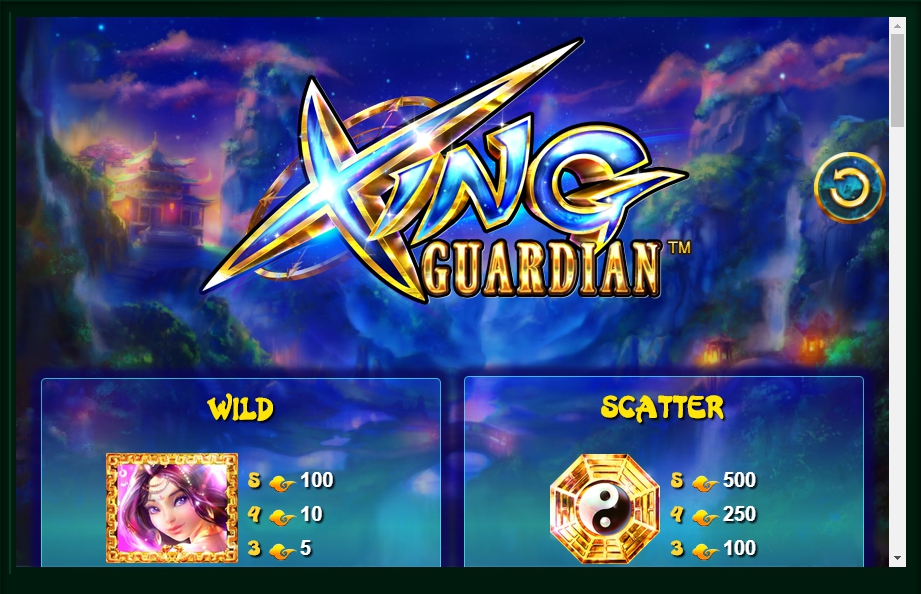 The Xing Guardian is a fantasy online video slot by the NextGen Gaming uniting Chinese attributes and a cartoony Princess with a pretty face, a tiny nose, and huge purple eyes. In Chinese culture, traditions, and beliefs, sacred animals occupy a large place. Some of them will appear on 5 magical reels and 1024 pay-ways of the slot. The first animal is a dragon. Dragons in Chinese culture symbolize the levels of the hierarchy of reigning individuals. Most likely, the developers depicted the third and fourth son of the main dragon on the reels of the slot.

The third son of Chao Fen liked risk and he was a certain symbol of eastern Las Vegas. After all, every culture is not alien to the feeling of excitement and the desire to earn real money. The fourth son had the appearance of a turtle with the head of a dragon, and people called it a dragon-tortoise. Like a dragon carrying a heavy burden, it protects people from disasters and misfortunes, brings happiness to the house, blessing people for luck and happiness. Phoenix means king of birds. It is the most famous sacred bird of ancient China. The hen in the Chinese horoscope is, in fact, Phoenix.

If a jade tortoise statue is placed in the house, it can balance Yin and Yang and act like a magnet of luck. The next element of the slot is the union of yin and yang. They are two kinds of energy states – active and passive.

The attribute of a leopard and a lotus were also important for the Chinese, and a ring with a dragon created around the owner a powerful flow of QI energy that could shield him from enemies.

The control panel of the Xing Guardian slot

The control panel of the Xing Guardian slot is unusual and very simple. The gambler can enter demo mode for free without registering and downloading to explore the control panel and the terms of payouts. There are the red and blue arrows for adjusting the bet size under the pictures on the left. On the right is the green Start key.

Above the pictures on the right, there is a circle with a gear. Clicking on it, the gambler enters the settings mode, the information sector, and the Autoplay mode. All 1024 pay-ways are fixed and cannot be adjusted by the gamer.

The slot elements and the bonus programs

The background for the reels is an incredible landscape in the style of fantasy, on which the gambler can distinguish the contours of mountains, tea houses, rivers with bridges and waterfalls in the late twilight.

Elements of the slot are represented by a dragon, a tortoise, a lotus, a leopard, a phoenix, a ring with a dragon, and card elements. The pretty lady is a wild element. The Princess may replace any regular element except for the scattered element. The wild element may appear on all the reels.

Ying-Yang is the scattering element. Minimum three such elements will allow the gambler to enter the Free Spin program. Ten free rotations are provided. During the Xing Guardian Locked Reels bonus program, up to 5 adjacent reels can be locked and they will rotate together. This program can be reactivated with five additional rotations.

At any point in the base gambling, the slot can launch the Rise of the Dragon random program. The dragon can show its terrible teeth in any position. In this case, the elements of one or more reels will turn into wild ones.

The Xing Guardian is an excellent online slot machine of the NextGen Gaming. It unites the endless world of fantasy and traditions of the oriental culture. The slot is also noteworthy for having 1024 payout paths.

Combining the two energies of yin and yang can provide the gambler with a draconian jackpot of 500 points.