The followers of the Wicca, which is often called modern witches, believe that the magic of nature, being in good hands, is able to bring it’s master unprecedented wealth and prosperity, as well as inner harmony. This idea has been used by the 2 By 2 Gaming creators, who`s brought the Enchanting Spells slot into life. You can try this interesting and colorful slot directly on our website.

The game screen of the Enchanting Spells casino slot is mostly designed using dark colors, however, it doesn’t look gloomy or frightening at all. There are 5 game reels with bright symbols of modern witch attributes on the screen. Fabulous design is completed by well-chosen music and amazing sound effects, which will help you to plunge into the tale even more. 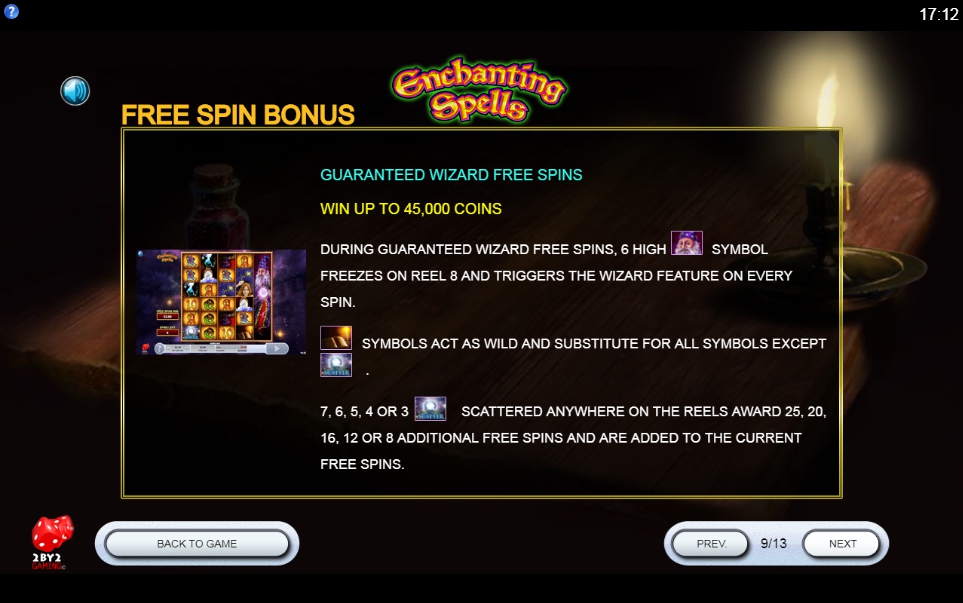 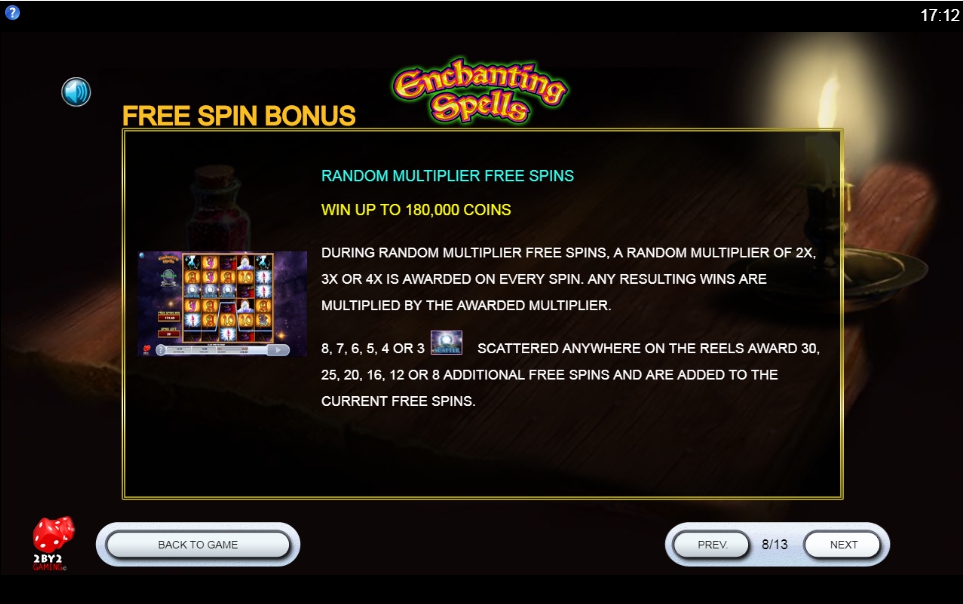 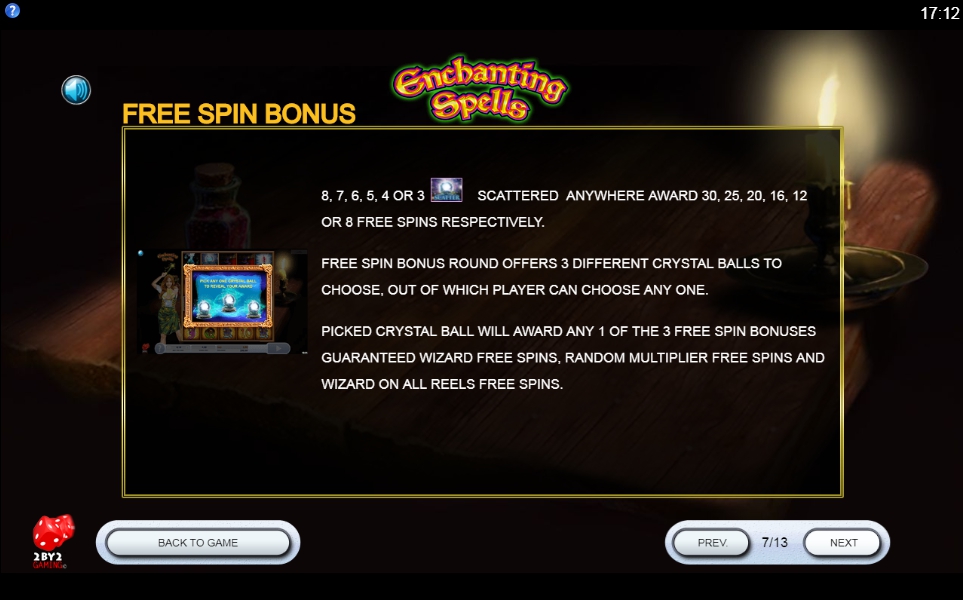 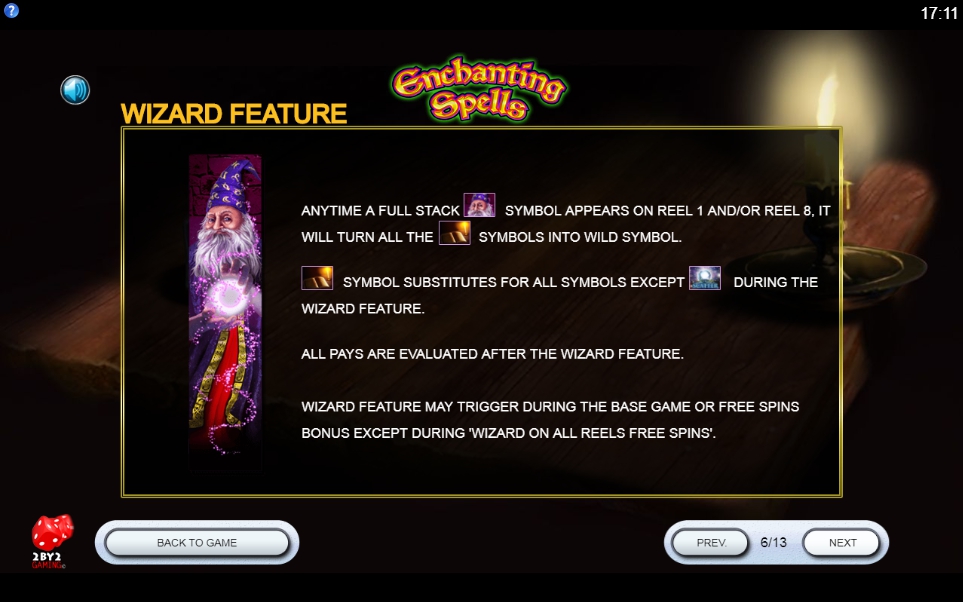 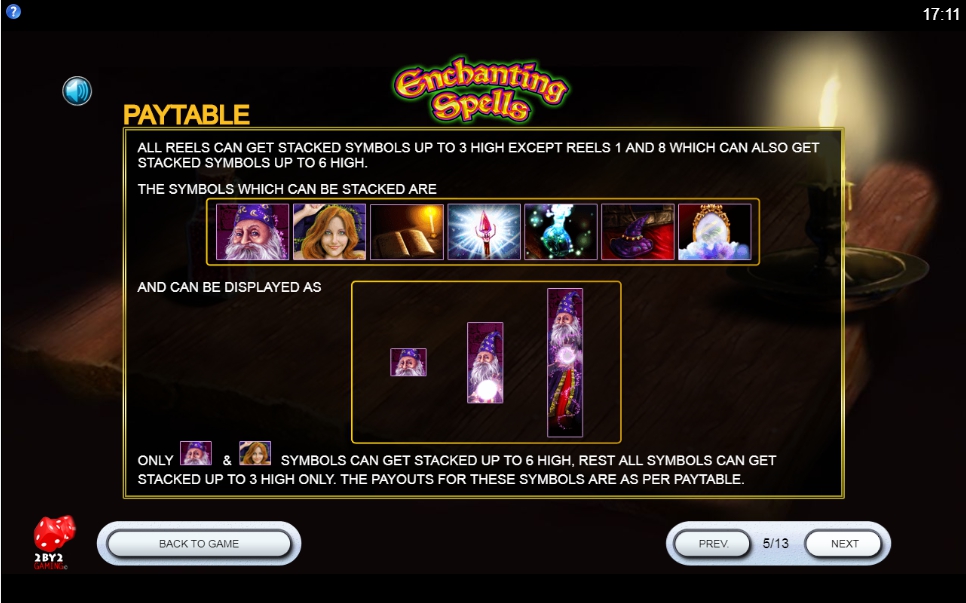 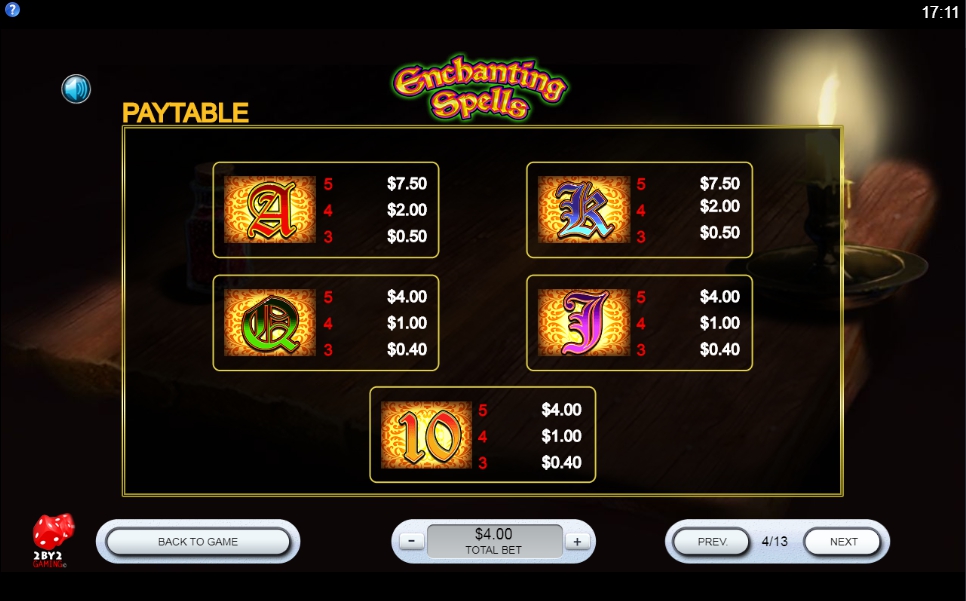 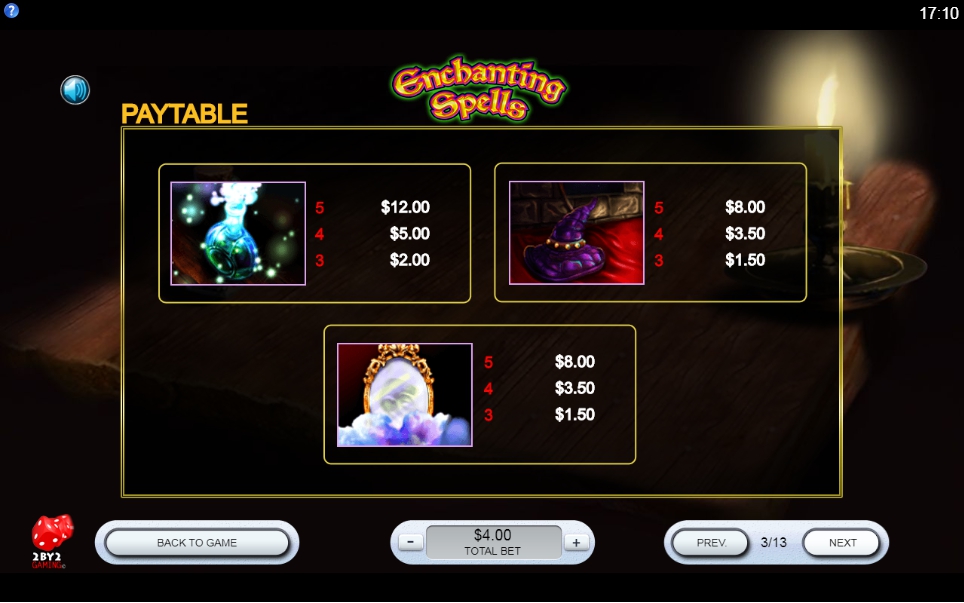 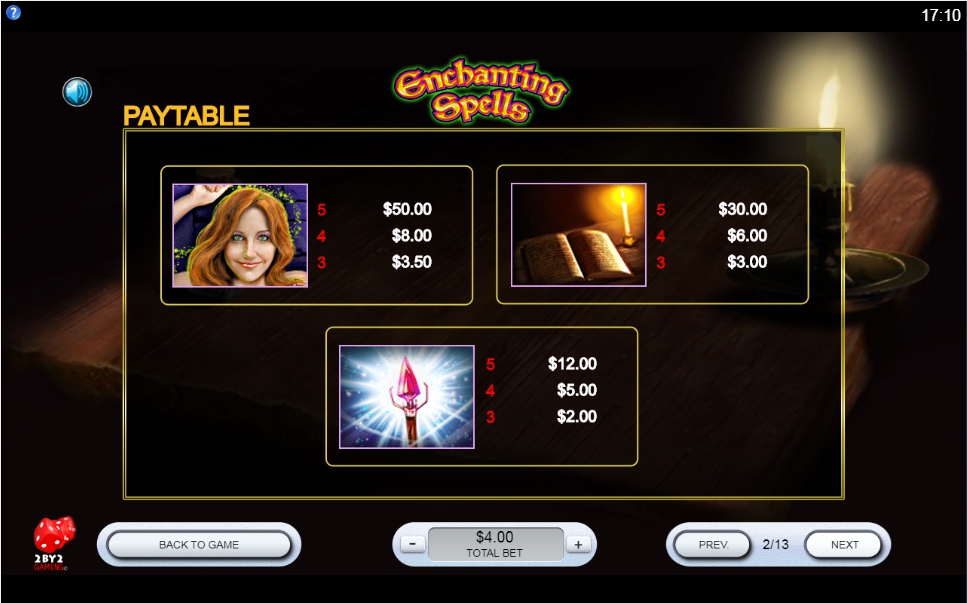 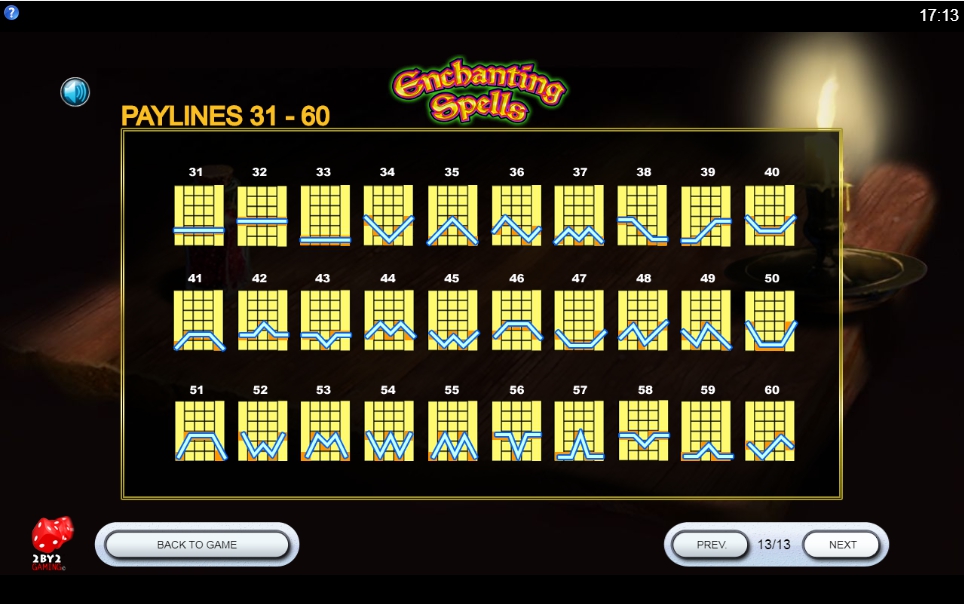 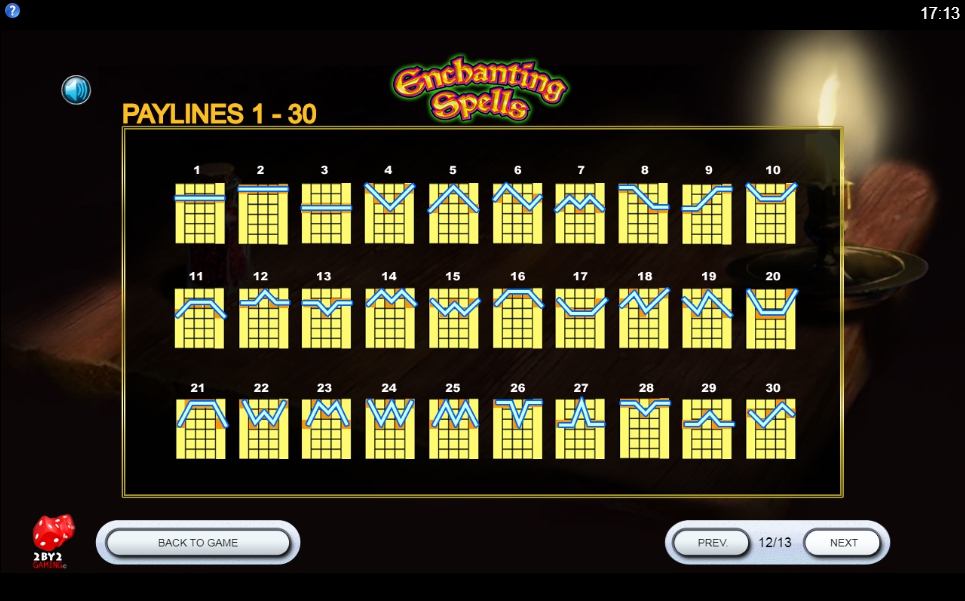 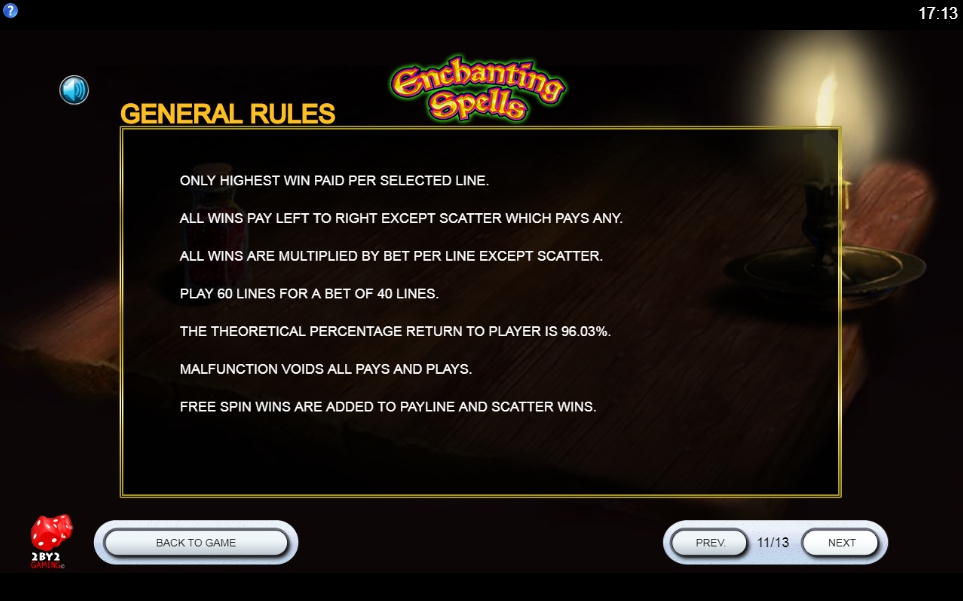 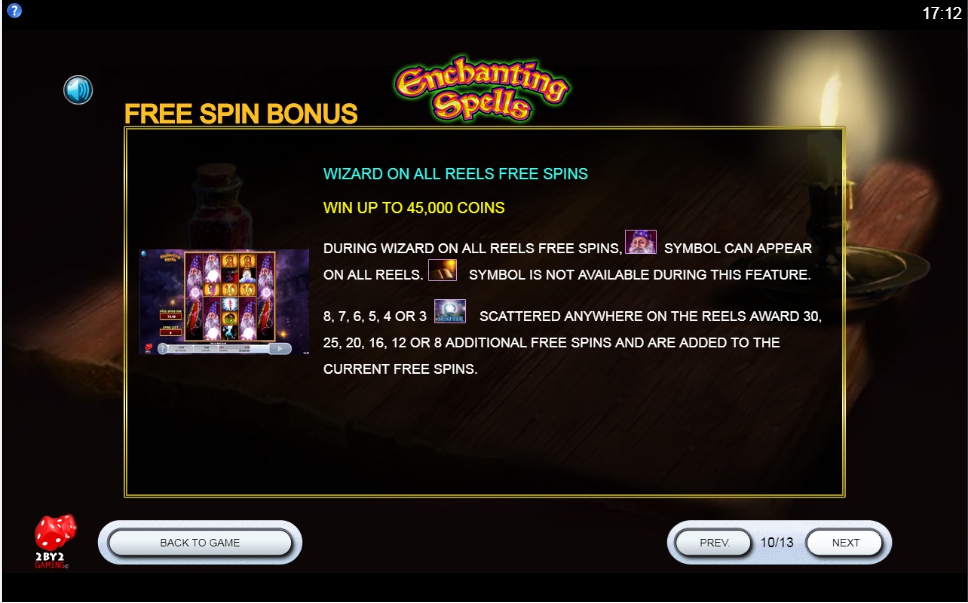 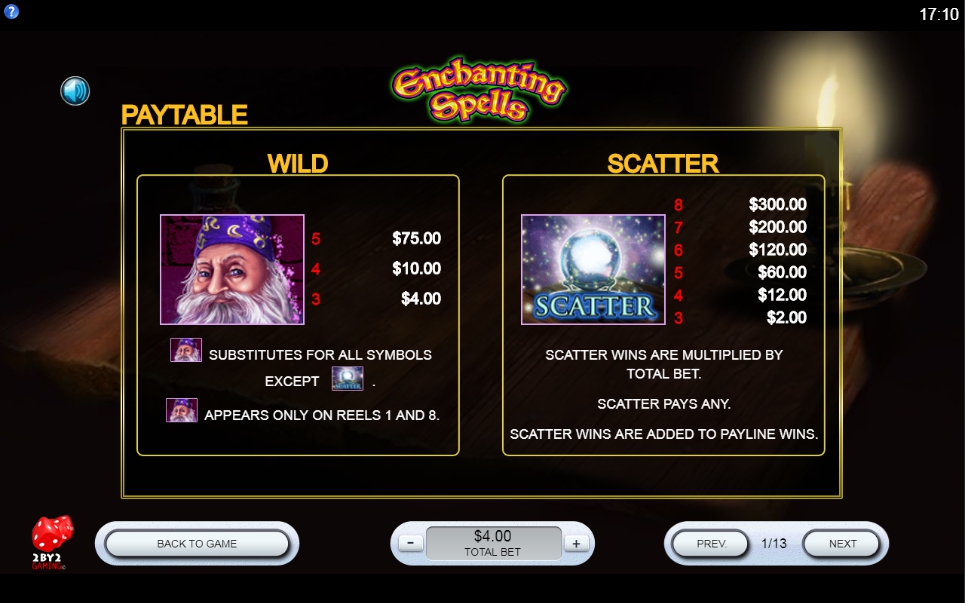 As for the interface itself, it is much simpler than any dusty magical manuscripts. In addition to this, the game control buttons are familiar to every player:

In general, Enchanting Spells gambling machine has 5 standard game reels and 60 pay lines with the ability to put only 1 coin on each line. The range of rates varies from 1 to 20 cents. Furthermore, the slot machine has the most common recoil factor for this manufacturer’s slots. Being quite a high figure, it reaches 96.03%.

Before starting to travel through the enchanted forest, you should familiarize yourself with the magic symbols that are abundantly represented in the Enchanting Spells casino slot:

In addition, the Enchanting Spells gaming slot contains some special characters that can significantly affect the gameplay:

Furthermore, if your journey turns out to be successful and you collect an active line of 5 Wild symbols, then the main prize of the slot with a size of 30 game credits will not keep you waiting. It is worth competing with an experienced sorcerer in the magical art!