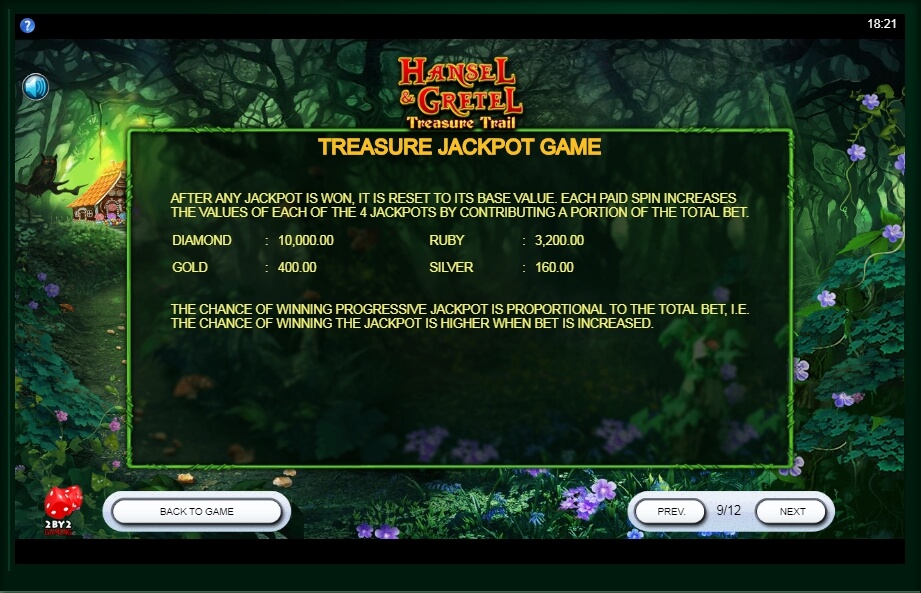 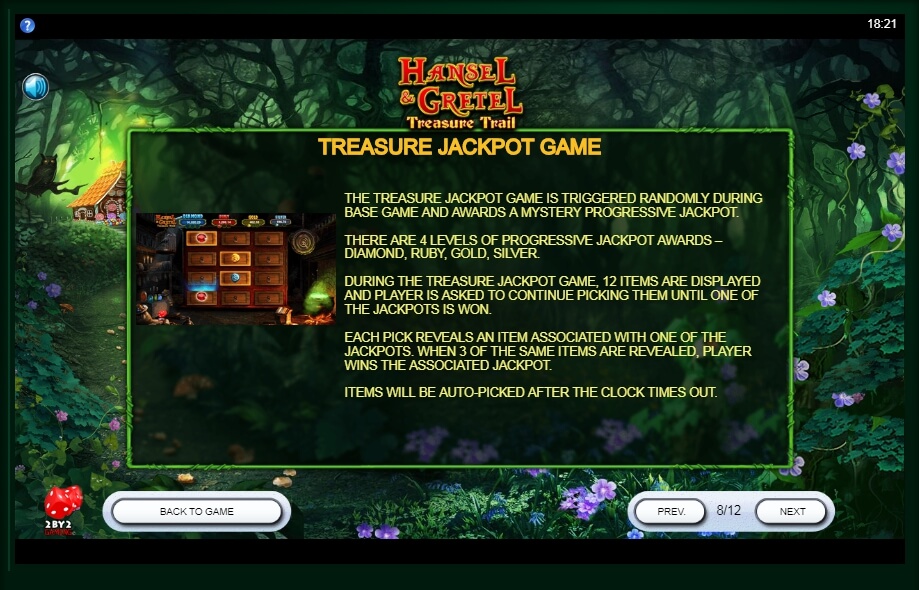 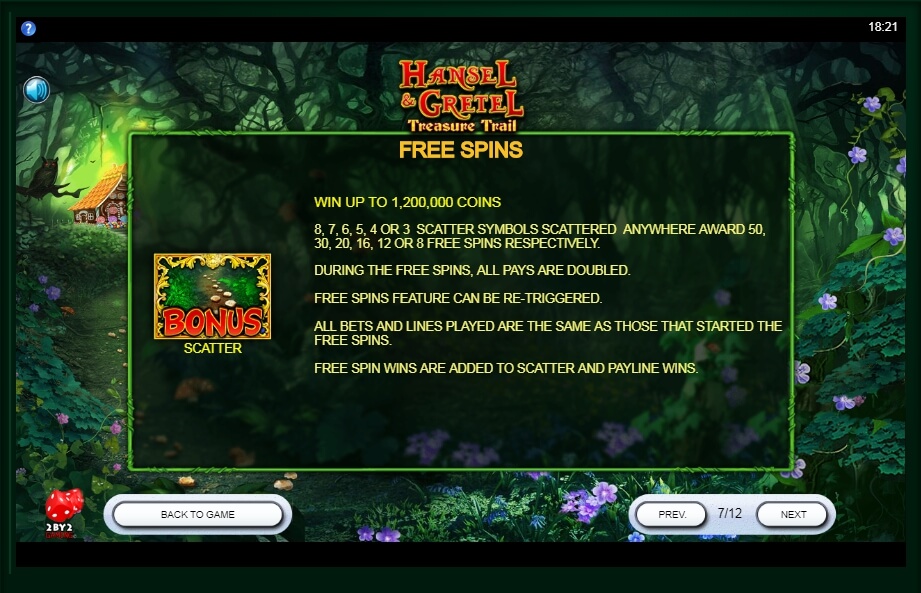 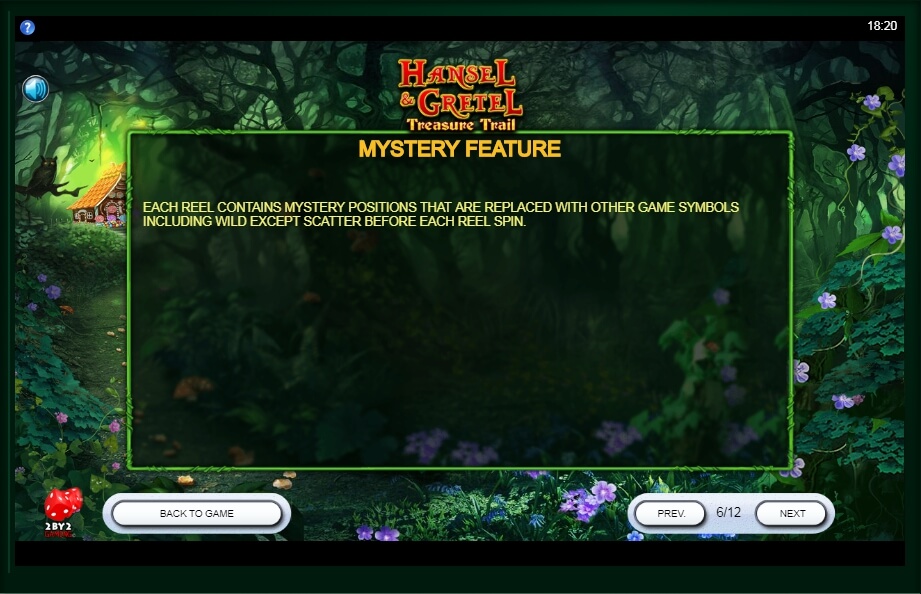 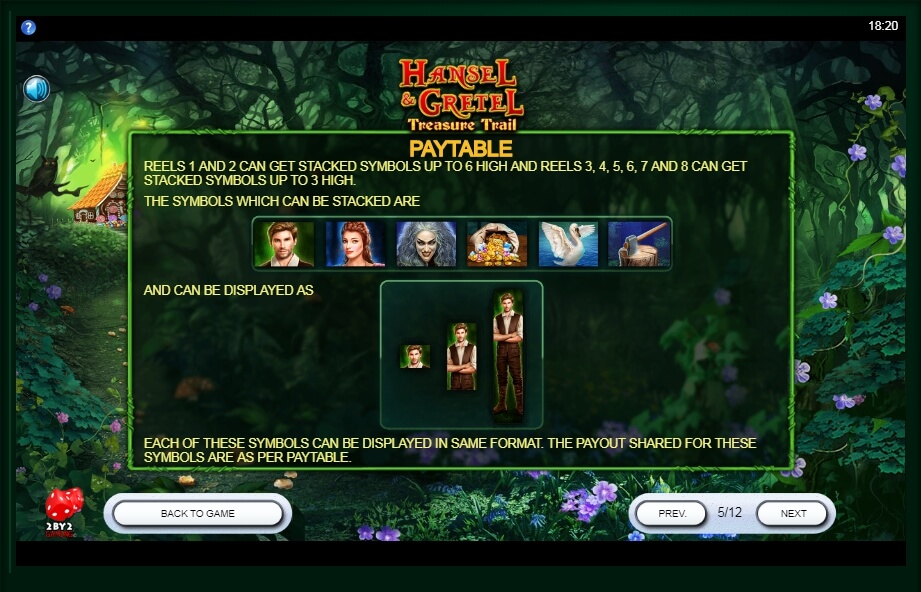 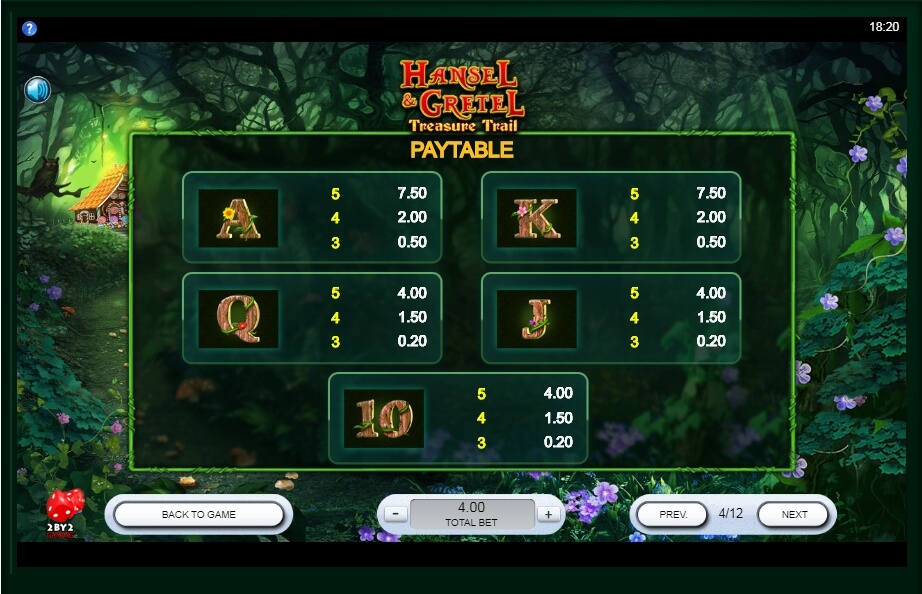 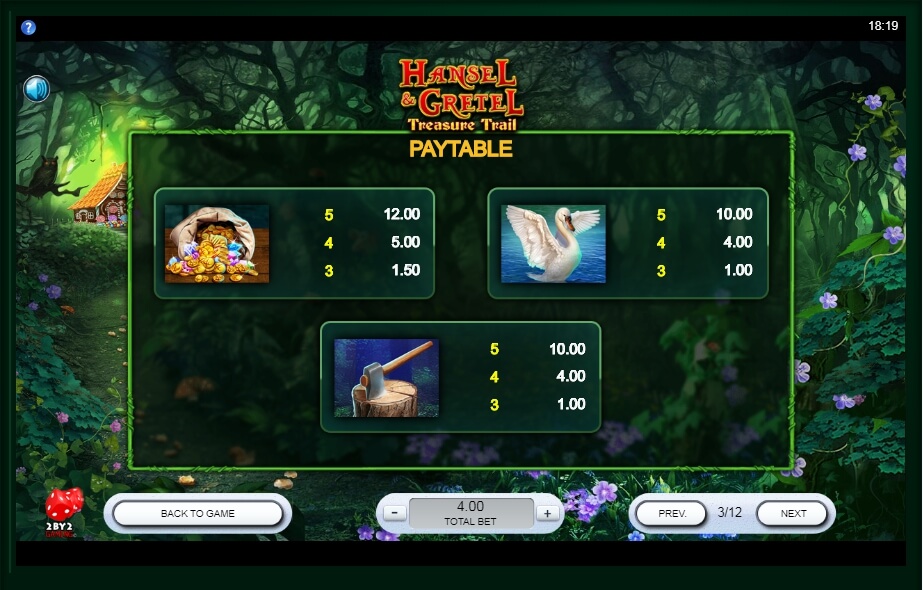 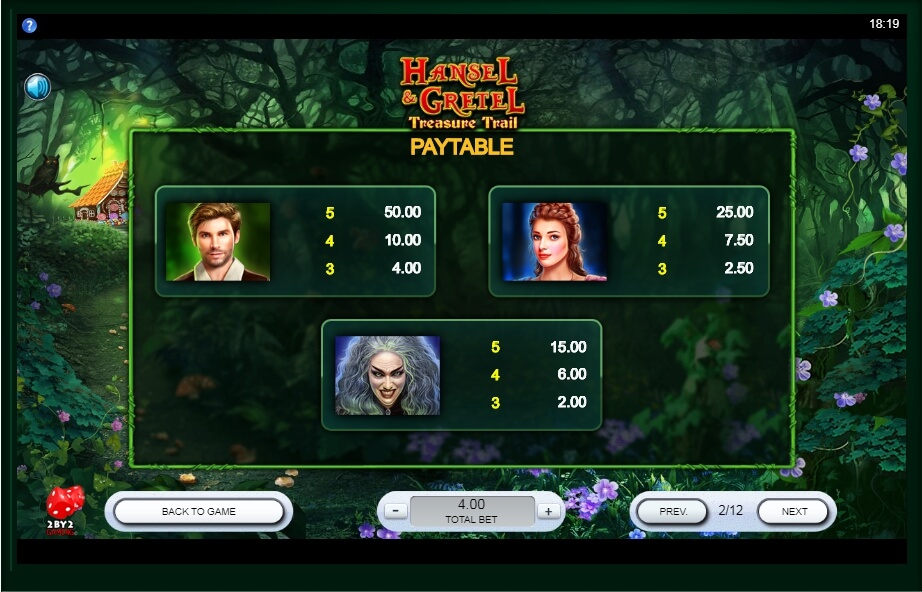 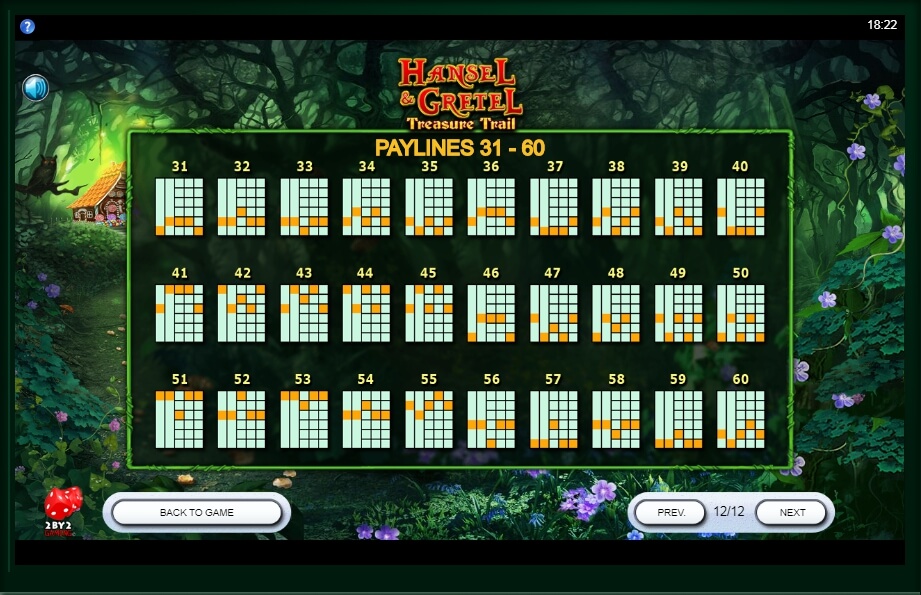 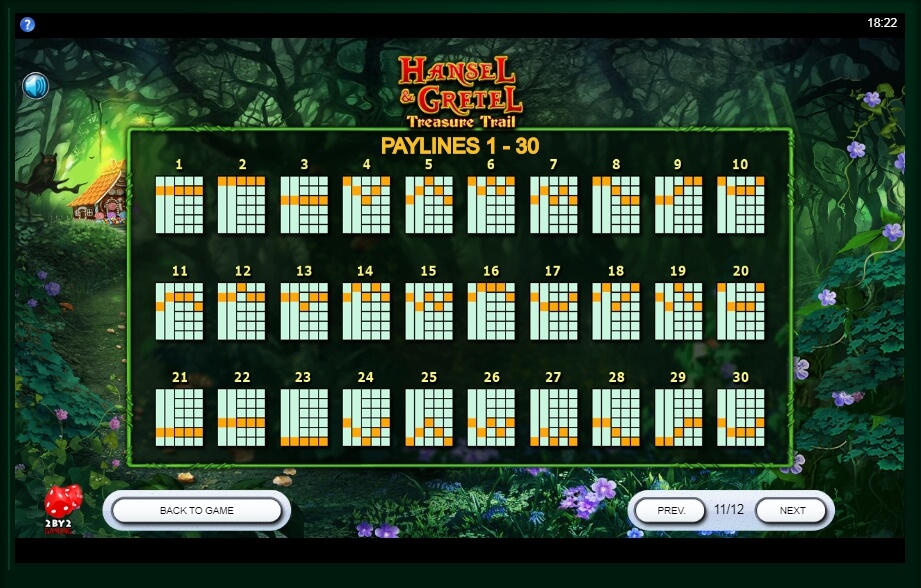 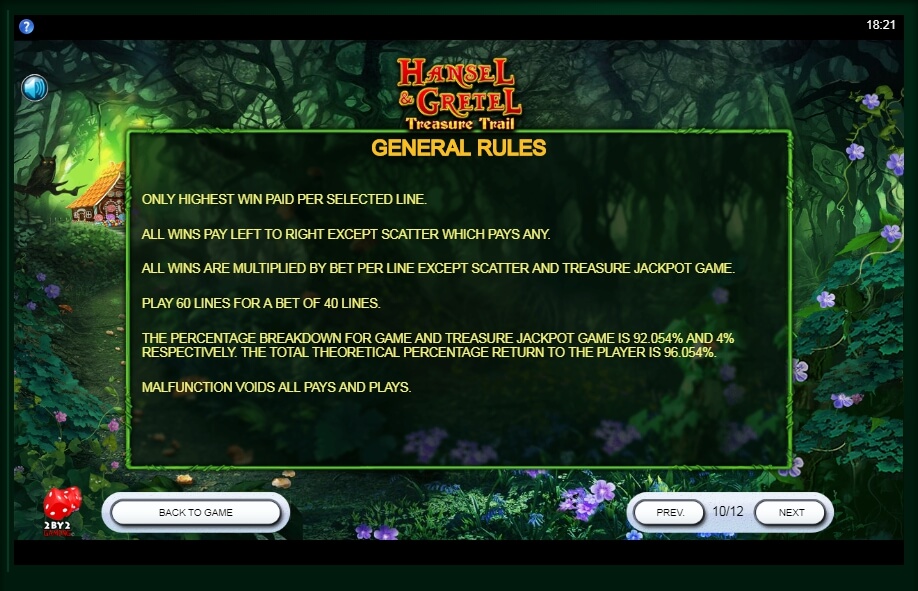 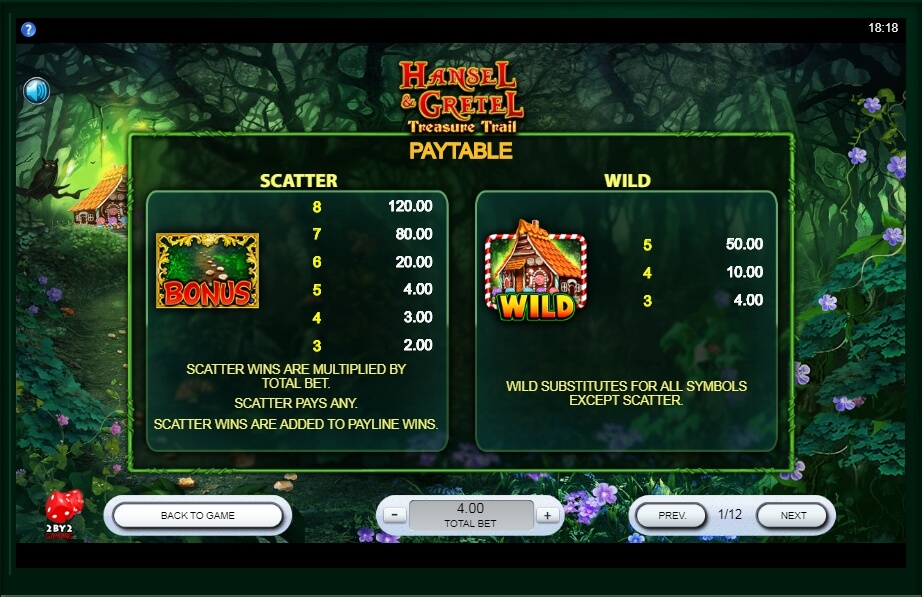 Sometimes developers are looking for unusual stories for their products. So they try to attract the attention of the audience. Often, providers use the stories of famous tales that describe the struggle between good and evil. Today we will review a fascinating and amazing video slot called Hansel & Gretel Treasure Trail from 2 By 2 Gaming. As you know, the children fell into the trap of an evil witch.

According to the plot of the game, the main characters became adults and found new adventures. Such an unusual theme guarantees a cheerful mood and generous rewards.

The design of the slot machine is very beautiful and stylish. The magic forest is the main location of this story. According to the fairy tale story, here the brother and sister found the “sweet” house of the evil witch who abducted the children. But our heroes could defeat the sorcerer. By the way, the house from the fairy tale is also present in the game.

It is shown on the left side. The background was beautifully decorated. Each flower and leaf were qualitatively traced by the graphic designers. As this video slot appeared in early 2018, it was applied a lot of modern techniques and effects. So, here there is the bright animation and 3D effects. Each action of the participant will be supplemented with dynamic sound effects.

All 6 reels are surrounded by a green ivy. There are 40 payment lines that are fixed by default. Therefore, the game is controlled using a few keys. In order not to become a victim of the witch, the participant needs to visit a special section. Clicking on the “i” button you will open the theoretical section that contains the paytable as well as the rules. Button Bet Per Line is designed to bet in the wide range. A large green button starts a single spinning.

In general, the chosen visual stylistics fully reveals the fairy tale. The developers even built a fairy house that is made of sweets. In addition, each element of the interface is stunningly portrayed. The unusual structure of the online game guarantees a lot of prizes and payments to each participant.

“Sweet” house pays up to 500 coins and can help to make a chain. It is able to replace all the standard pictures that do not have special functions. The picture with the “Bonus” inscription performs the functions of the scatter so it is paid in any cell. According to the general rules, this symbol also activates a round of free spins. In this case, the user can receive up to 50 prize revolutions during which the bet will be made by us.

But this is not all features of the slot. During any round, an extra bonus round can be activated. We will remain intriguing and will not disclose the plot of this round. Each witch hunter can win up to 1,200,000 credits. A terrific prize, is not it?