You can not play this game for free
For free slots game go
Play free
or
(14 votes)
Game Played: 1
Full screen: close 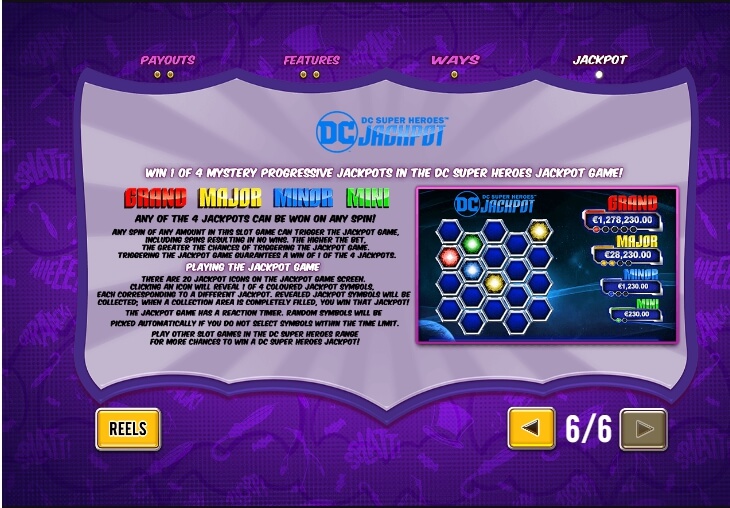 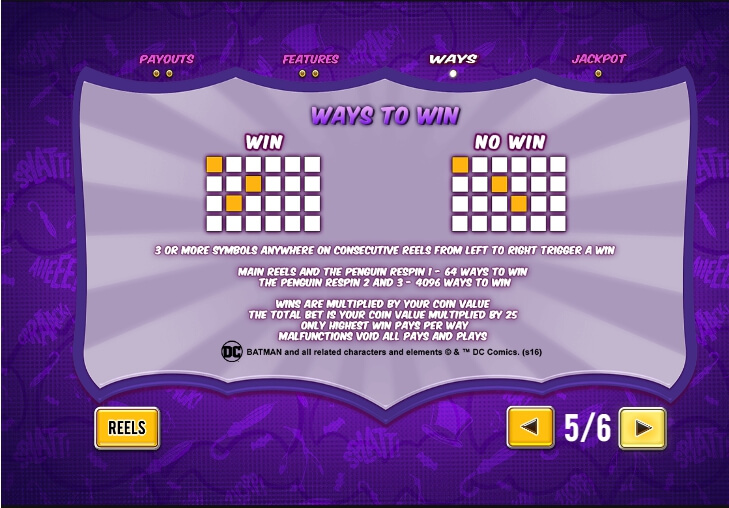 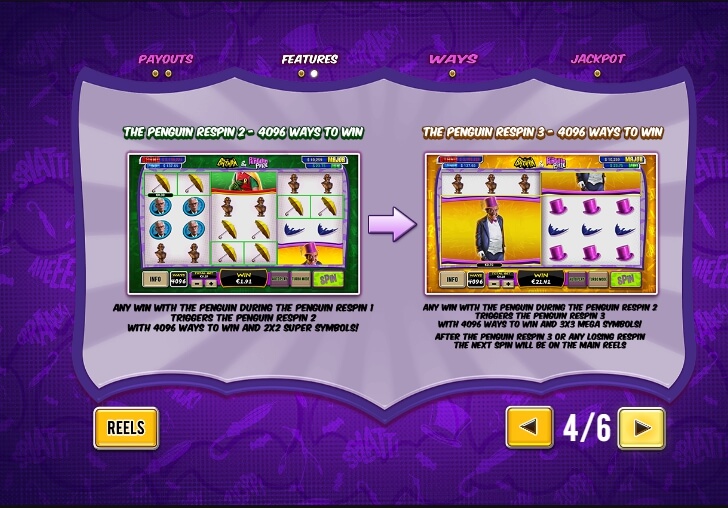 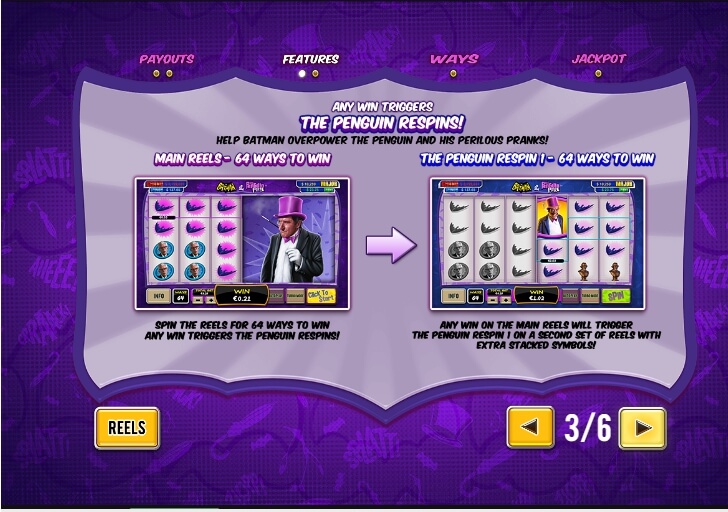 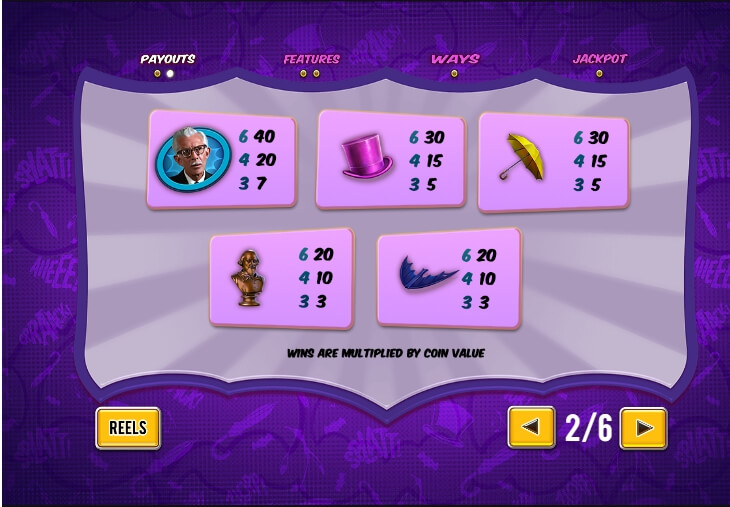 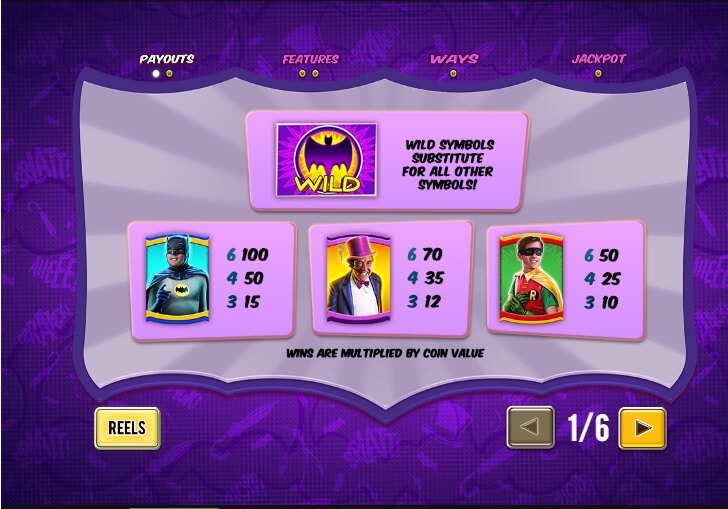 Images of the superheroes are used everywhere. People pick up the clothes, toys and souvenirs with the pictures of their favorite heroes. Such characters always fight for justice and protect the civilians. Batman is the main superhero of the DC universe. Therefore, we will look at the video slot under the name Batman & The Penguin Prize.

The relatively recent appearance of the slot and such a modern theme is attractive to the users. This story will tell you about the confrontation between the Batman and the malicious penguin, who wants to destroy the whole Gotham. Of course, our hero will not let him to do it!

Speaking of design, it is necessary to note the modern high-tech graphics of the slot machine. A beautiful and advanced game was created with the help of animations, shadow effects and detailed drawing of the symbols. Of course, the interface completely corresponds to the heroic theme. Snapshots from the movie of the same name were used as the game symbols.

The playing field is depicted on a blue background with different silhouettes. The style of the game was supplemented by the heroic sound effects. In general, the slot has an interchangeable and convenient design. The high profitability of the game is due to the unusual structure of the playing field, which includes 6 reels and 64 winning modes.

The control panel was also designed in a general style. So the player should go to the INFO section. The developers added a paytable as well as general rules in this section. Now the player knows that the bet affects an amount of the payouts during the game process. By the way, this indicator is determined by the TOTAL BET key and additional buttons (+/-). Three buttons for starting rotations are on the right side.

If a participant wants to control the game process, then he needs to press SPIN at the beginning of each round. If you prefer to enjoy the gameplay, then activate automatic mode. Turbo mode is designed for the users who do not want to wait for the emergence of combinations. Thus, the client can make the game session individual and comfortable.

The user will meet with all the main characters of the film of the same name. Each of them has individual payout ratios. The image of the bat serves as a wild one which can replace all the pictures. Such an element will always help to form a chain. The image of the penguin may appear as stacks or as separate pictures. In such cases, the player will receive free re-spins during which this symbol remains in place.

Every user who wants to join the team of Batman and Robin can play in the training mode that does not require registration. Now, the beginners do not need to risk with the real money because the virtual loans are available at any time. Help Batman to defend the city and get the jackpot!

Battle of the Gods