Start playing the first video slot game about miners and get the real inspiration quickly. There is nothing complicated in spinning the reels one by one. Just turn on Autoplay and enjoy a new bright video slot game created by Leander Games Software. The background is made as a real mine, where people risk their lives to earn money every day. Try yourself going under the ground with brave miners and win real cash with no odd moves. Light sound effects on the background of the game will help players concentrate better on the game itself.

The HD graphics and 3D animations in the game make this video slot machine look like a real one. Players don’t have to download the slot machine on the personal computer as well as there is no need to complete registration on the website of the trusted online game portal. On our website, players can find the free version of the game with no need to waste money. Gamble to your satisfaction and you will win for sure! 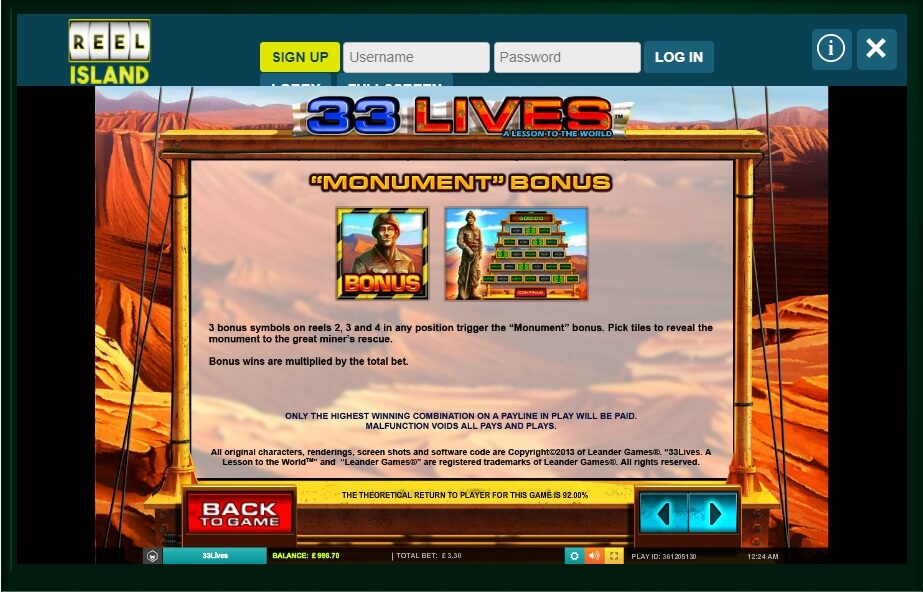 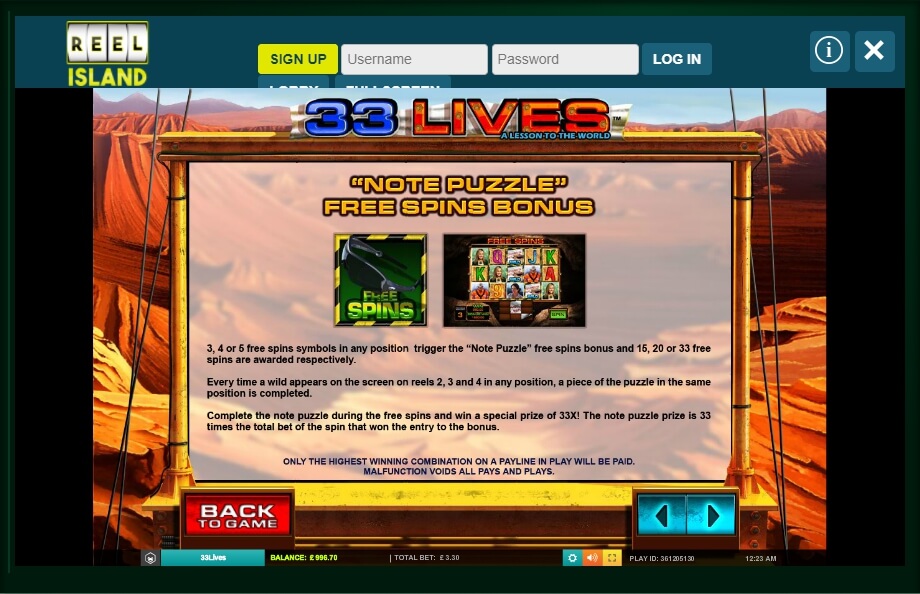 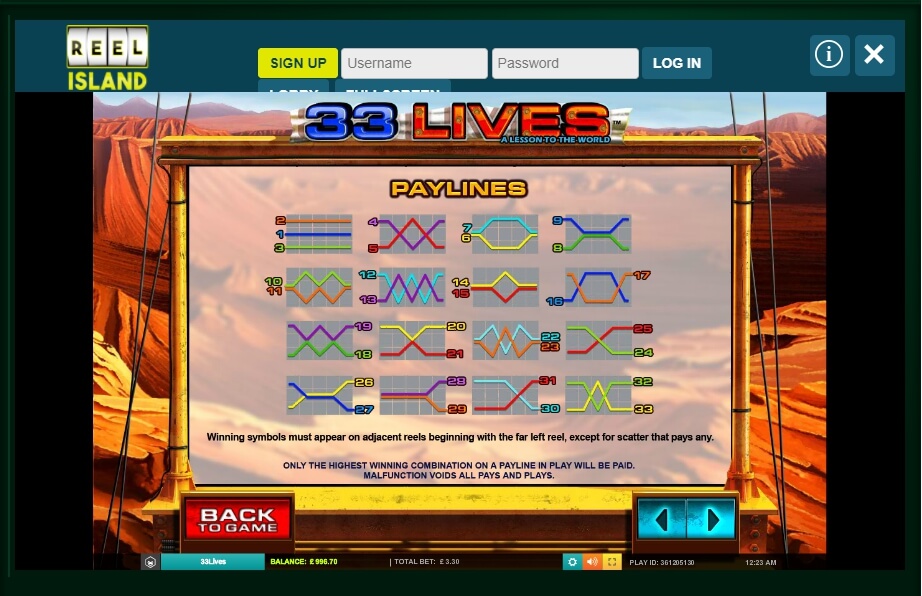 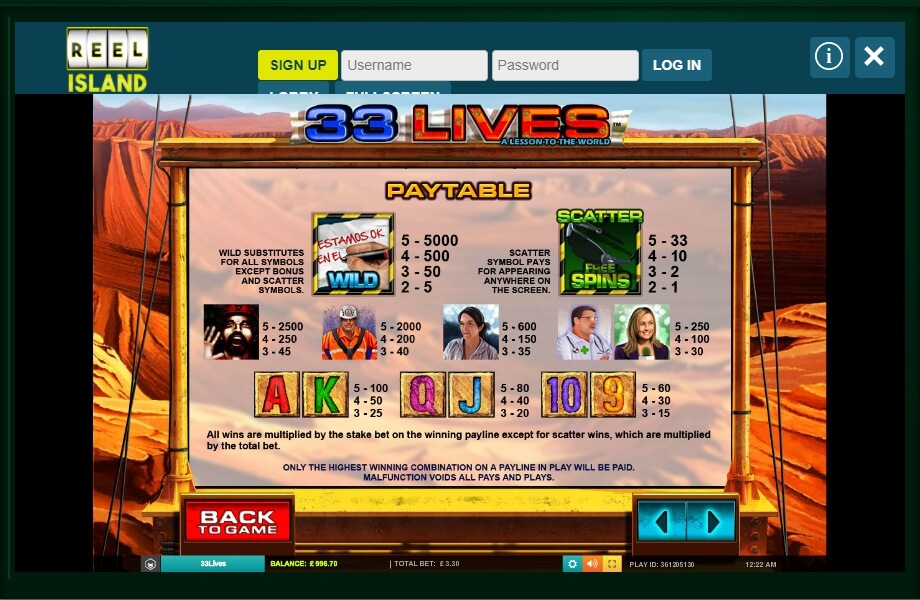 Leander Games has prepared a kind of the simple video slot machine with 5 reels and three rows. The amount of reels not only defines how many lines can be in the game but also makes the interface looking especially. In total, five reels and three rows form a 15-spaced grid. There are 33 winning combinations available in the game.

To check out how do they look like, players have to press the “Information” button that can be found at the bottom of the interface. Check out certain placement of lines and you will be able to choose only those lines you consider being profitable ones. Lines in “33 Lives” video slot are not fixed and gamblers can change the amount of them manually.

The Autoplay option is also available in the game. Players can hold the “Start” button and choose an optimal amount of automatically turning on spins in the game. Running spins one by one, players won’t have to press the “Start” button every time before the new spin. Just gamble to your satisfaction and win the jackpots quickly!

There are three free spins, wild symbols and a bonus game available in the “33 Lives” video slot machine. The Wild one can be found on the first, the second, the third and the fourth reels. The player can from one to three wild symbols on these reels. If there is one wild symbol on the first, the second or the third reels, the player will be able to get all other symbols on the same line replaced with more profitable playing symbols.

However, if the player gets two wild symbols in the game, he/she will get three free spins activated automatically. During free spins, players don’t have to bet. Just spin the reels one by one and win even more real cash. On the second, the third and the fourth reels, players can find up to three playing icons. In this amount, they will give an x33 boost! The player can easily get several times more money with no odd moves! Players still will be happy to enjoy the colorful animation and bright design in this video slot machine.

Leave a Feedback of 33 Lives Slot