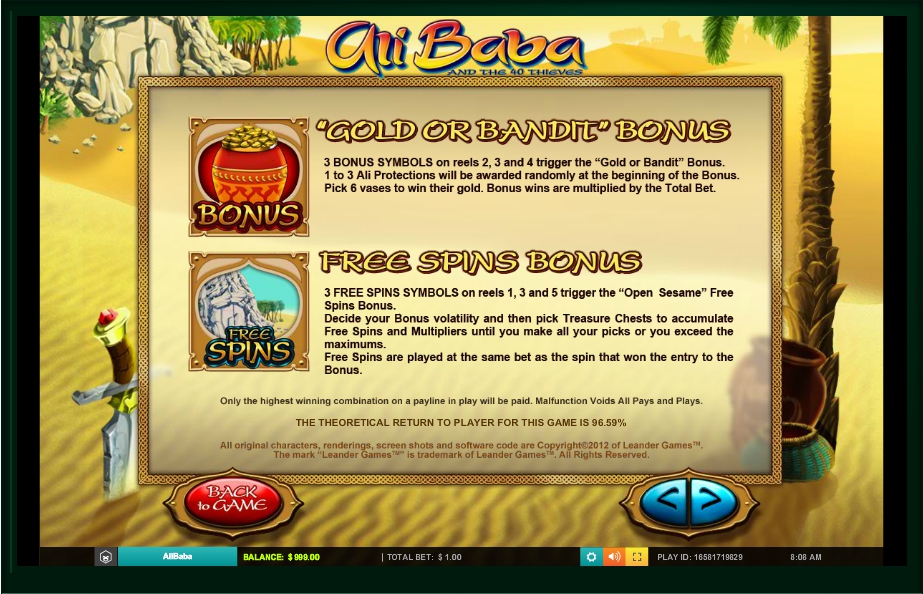 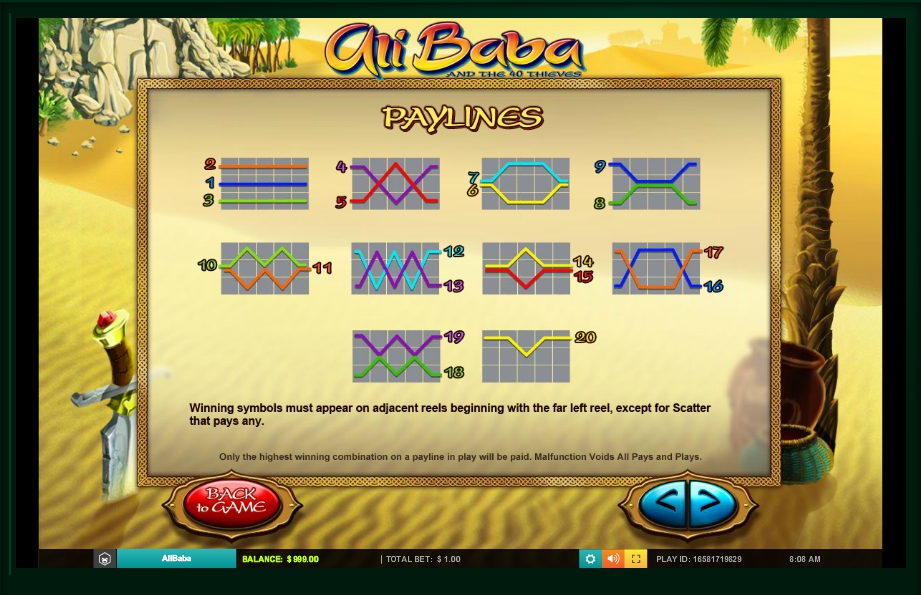 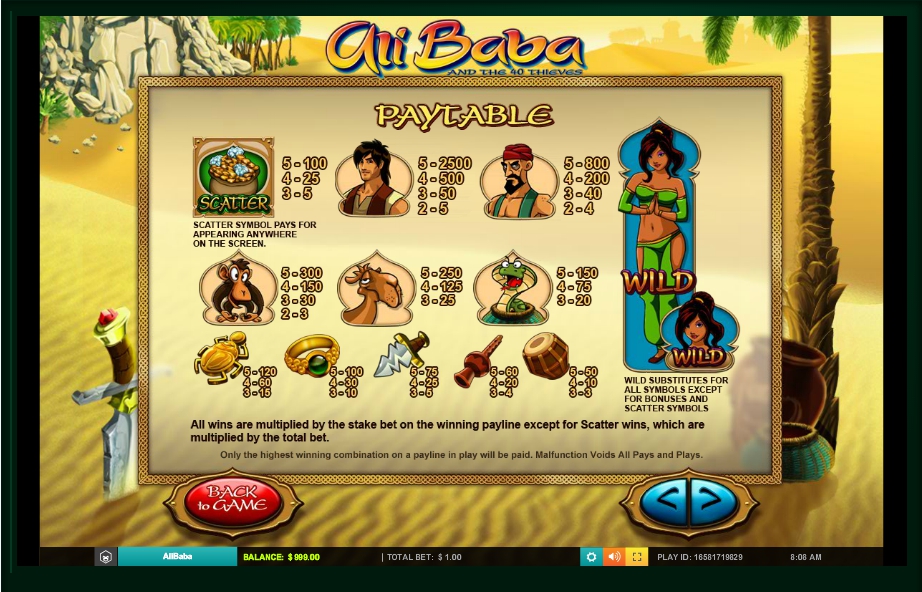 Many famous manufacturers of different video slot develop their games on the basis of fascinating and popular animated films. One of companies Leander Games also decided to please its players with a quality video game, which is based on the theme theme of the Ali Baba cartoon. The game itself is the same name with a cartoon. It is a very nice slot with unparalleled graphics and a very interesting selection of functions. We are sure that it will become for you a source of vivid impressions.

This machine differs from all the others in having extremely bright graphics, offers the user a journey into the desert, where the main characters of the slot live. Moreover, the user can count on the fact of getting the opportunity for frequent and big winnings. The graphic design of the slot is endowed with an animation effect, which makes it hic the most exciting, high-quality and believable. The symbols of the machine are expressed by the main heroes of the fairy tale, being framed in accordance with the peculiarities of the culture inherent in the Islamic nationalities of those times. The general style of the game is complemented by a unique musical accompaniment, so that the user expects a full-fledged gameplay with an unforgettable design.

Having the info section, the game contains the necessary theoretical information for the user. These lists are opened with the help of a special button and include a paytable, the structure of active lines, as well as data on special symbols and their functions. Being prepared for the action from the theoretical side, the player can proceed with the selection of optimal game indicators.

To begin with, the customer must specify the most favourable bet for the game. The bet will influence a reward for the composed combination. Change of rates occurs by means of the “bet line” button. By changing all the game indicators, the user can also choose the most common game parameters for him. After all the preparations, you can start the reels, which are performed in two modes.

The first means the usual single scrolls, which are activated by pressing spin. However, the second mode is called automatic, and its feature is that it allows you to play a continuous game by selecting the desired number of rotations.

The Ali Baba video game is a five-reel video slot with twenty lines and three rows of characters on the screen. The game becomes even more fascinating, having some bonus rounds. In the “Gold or robber” game, Ali Baba receives one, two or three defenses. You have to choose with it six vases. They can be either gold coins that guarantee payment, or a monkey that calls a bandit.

However, we will not disclose all the details of the round, because finding them out on our own is much more interesting. The “Open sesame!” round has the form of free spins with additional multipliers. Playing them goes at the current rate and the number of lines.

During the validity of free spins, the Wild falls exclusively on the first drum. Additional details of the game you will learn when you have a chance to take part in it.