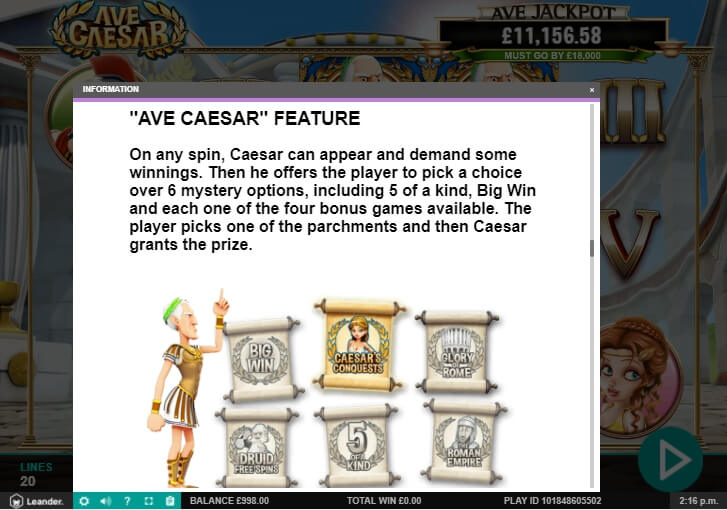 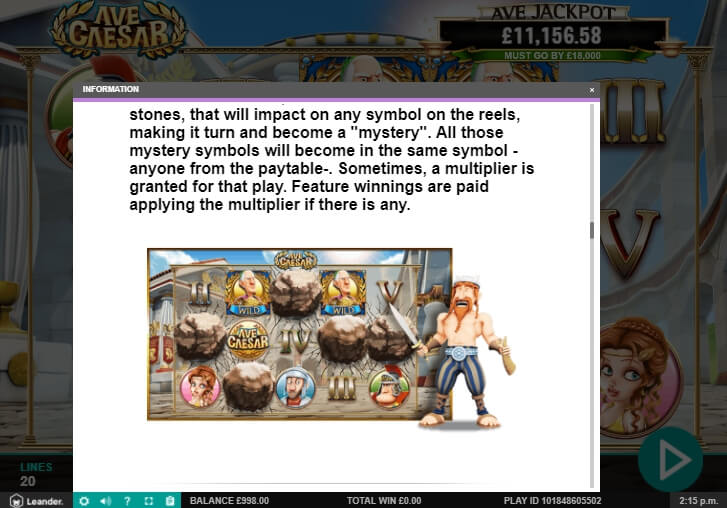 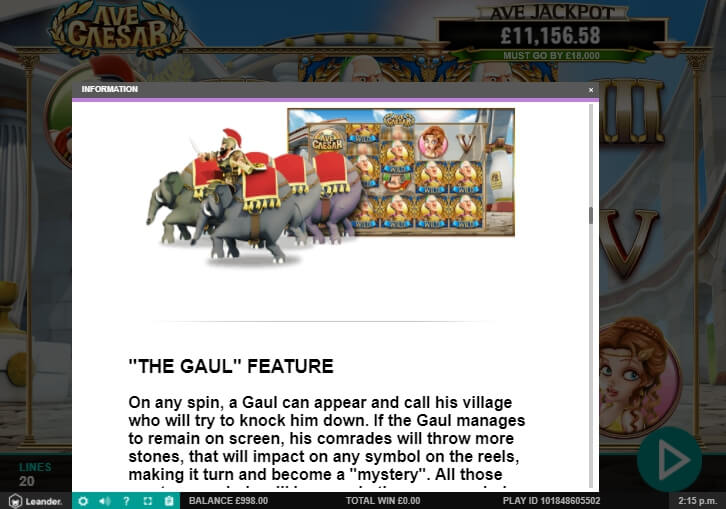 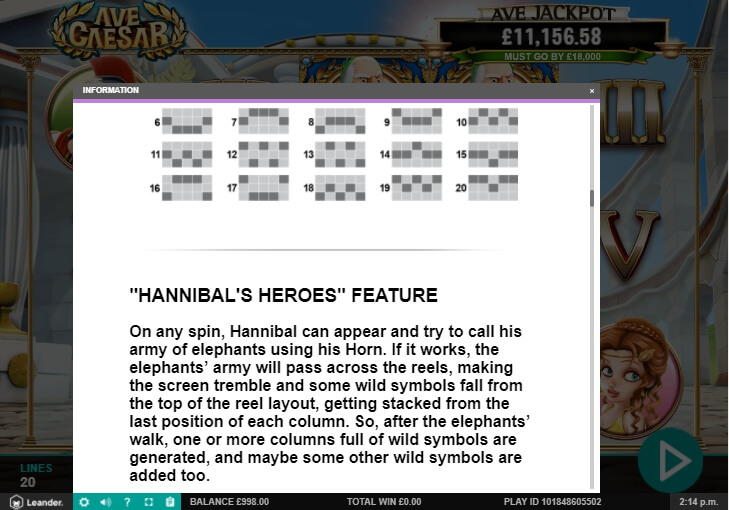 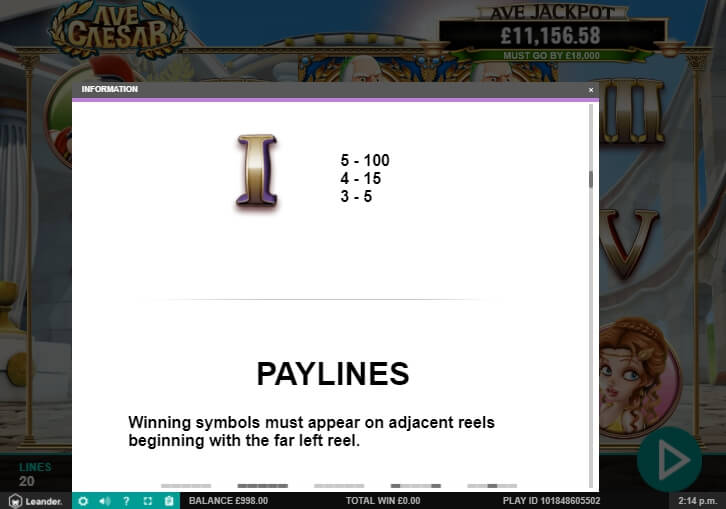 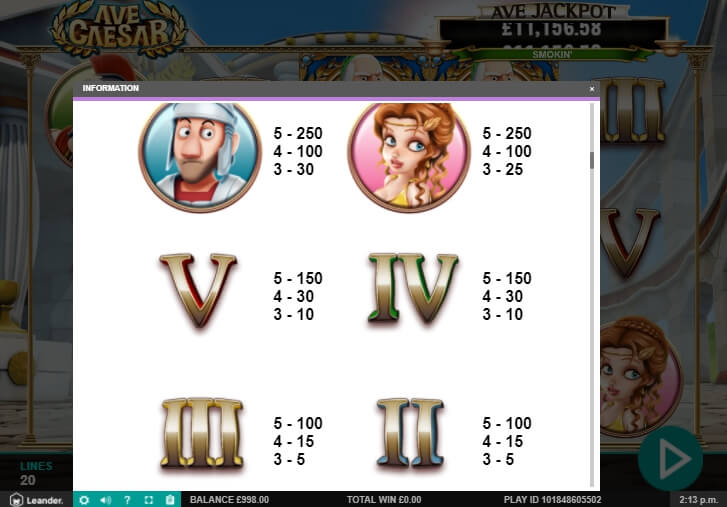 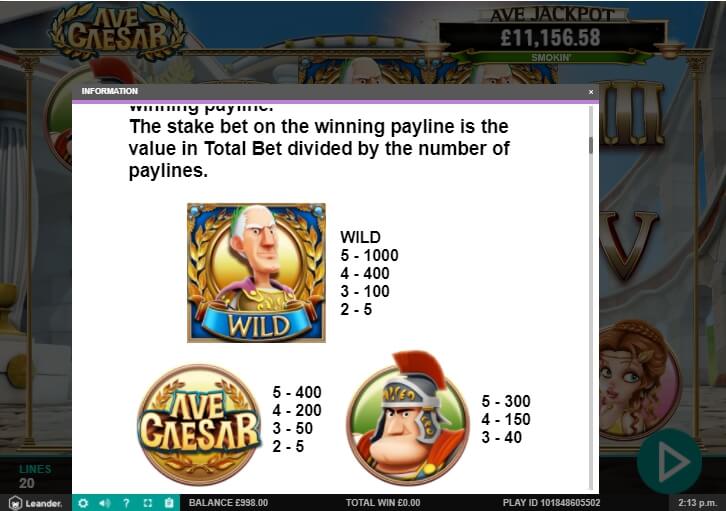 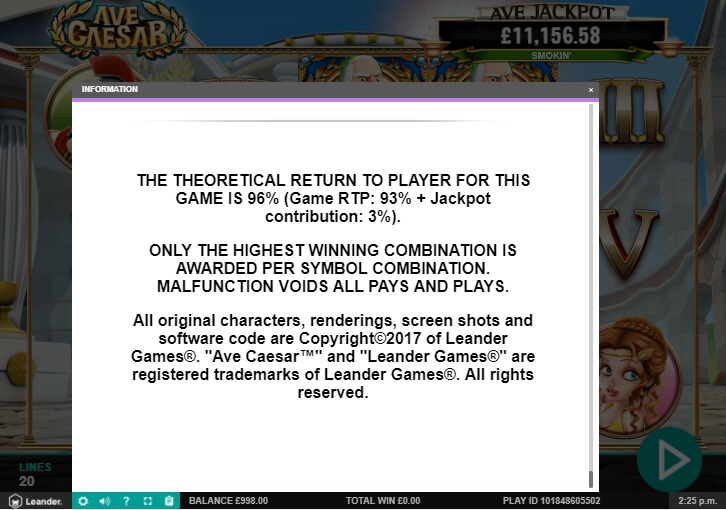 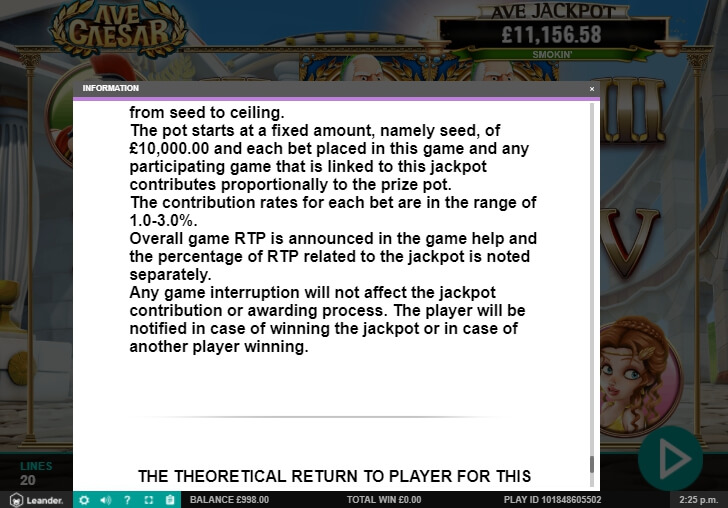 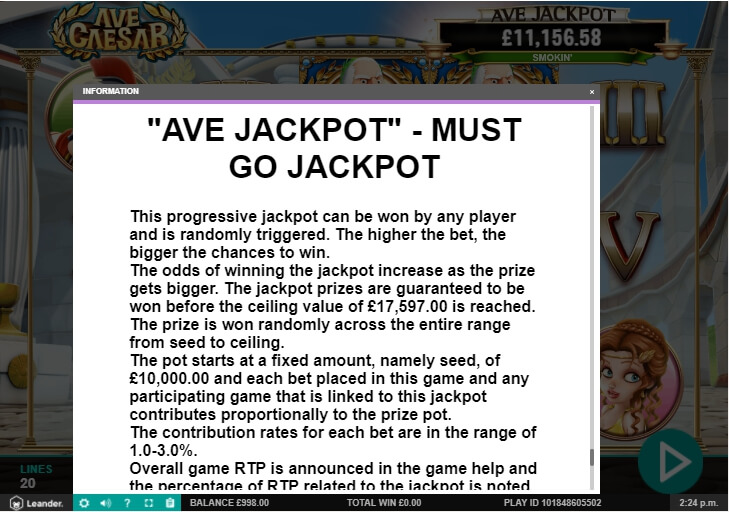 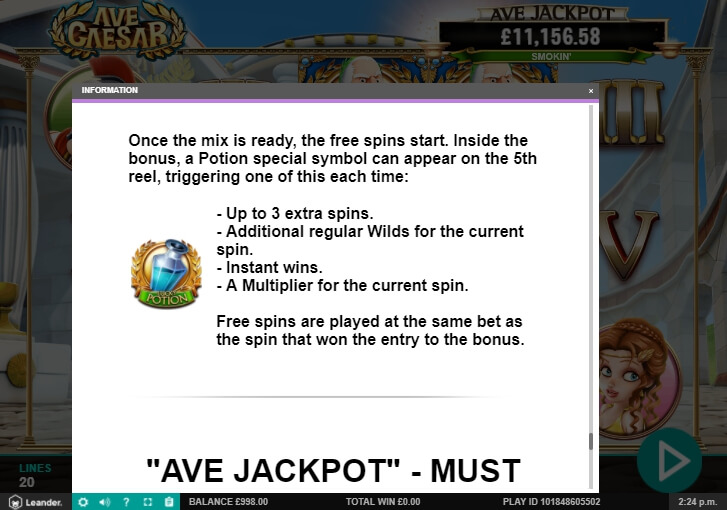 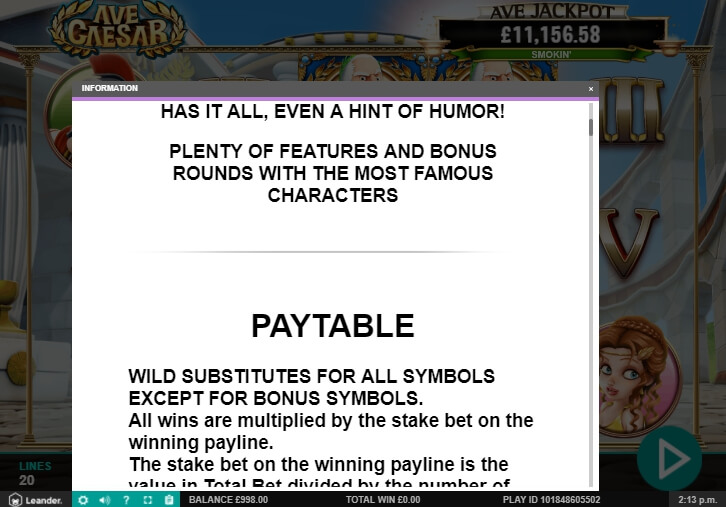 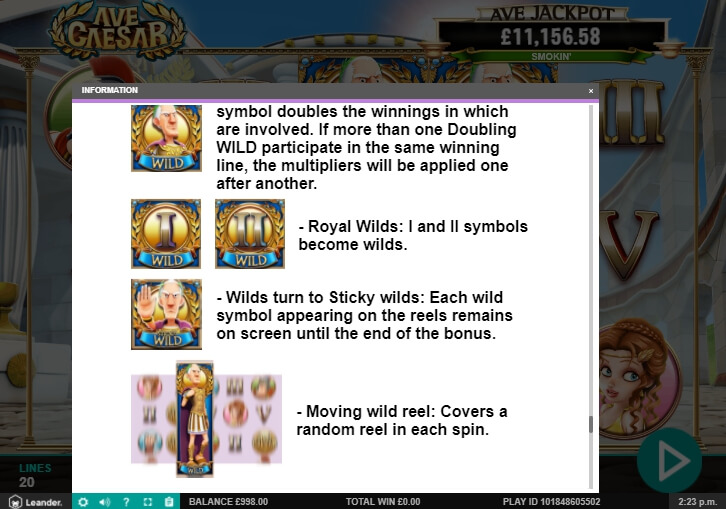 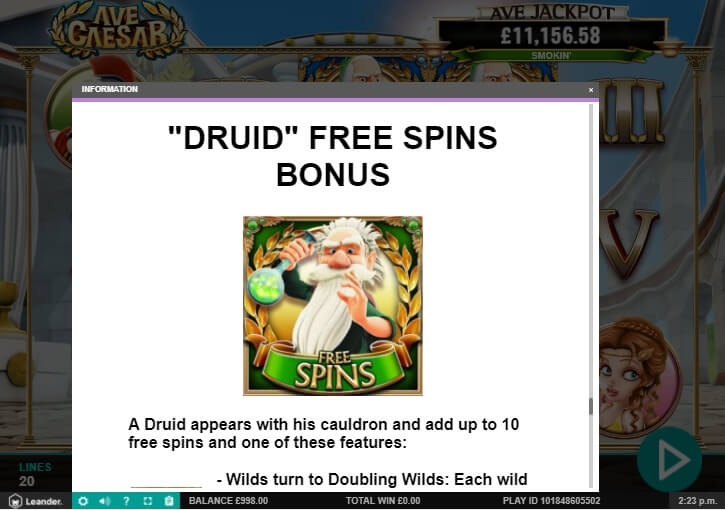 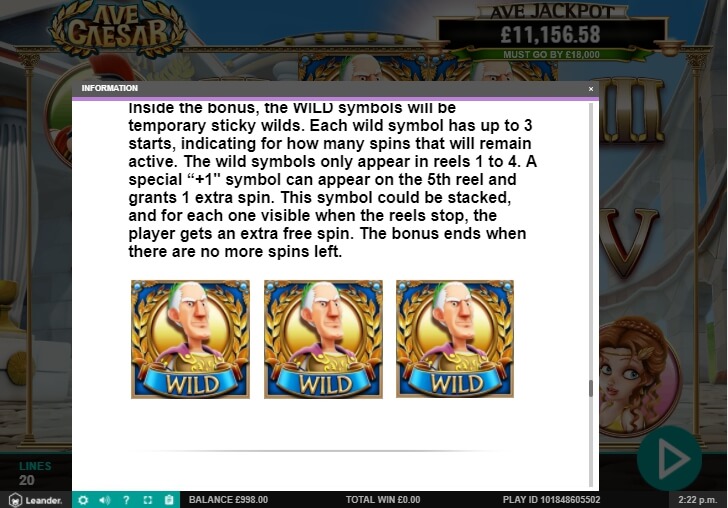 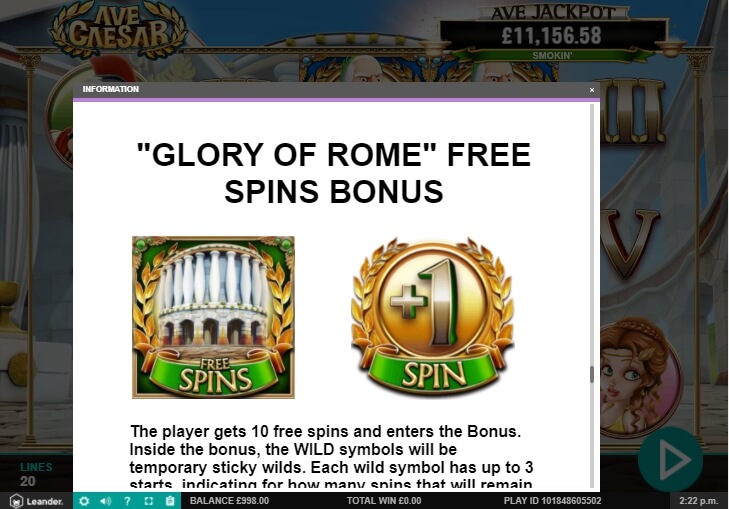 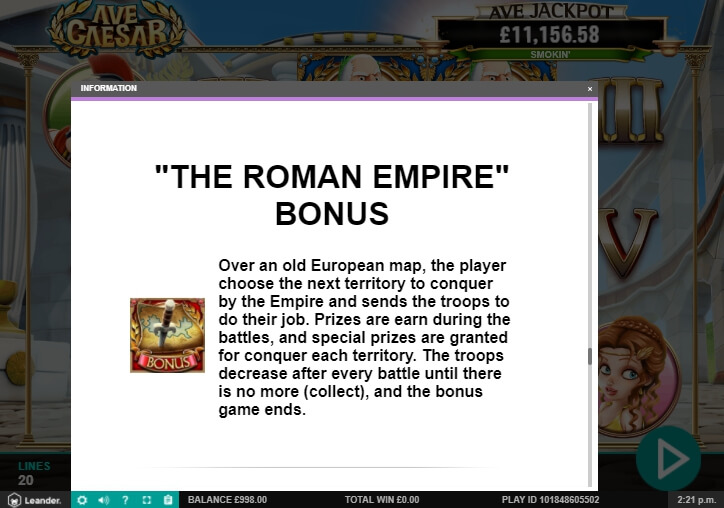 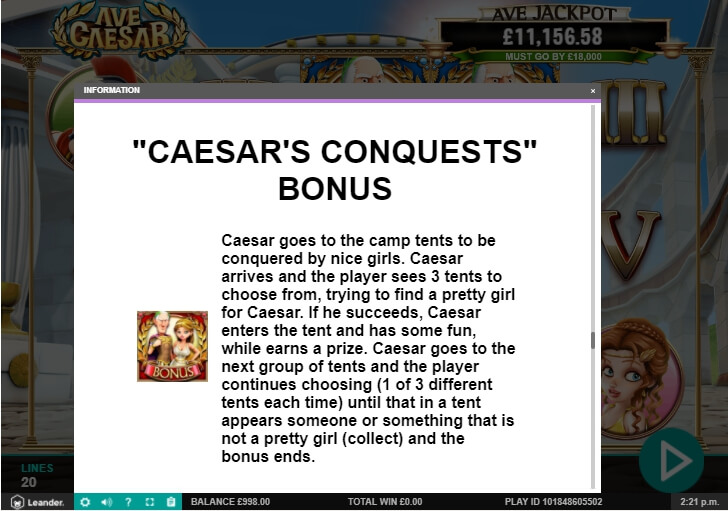 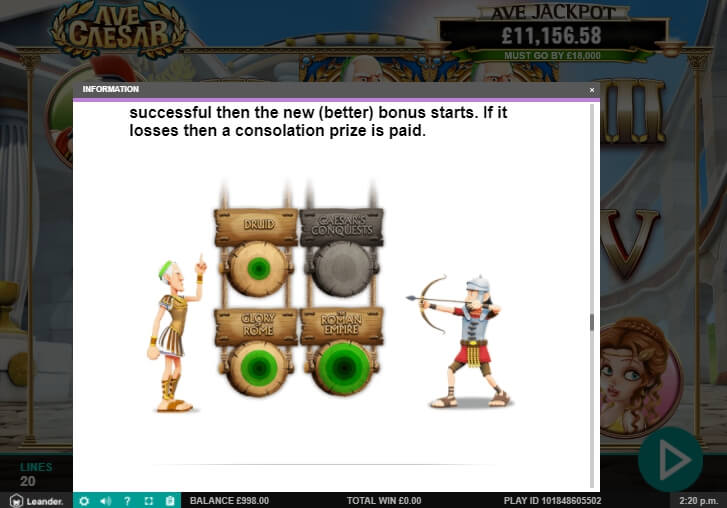 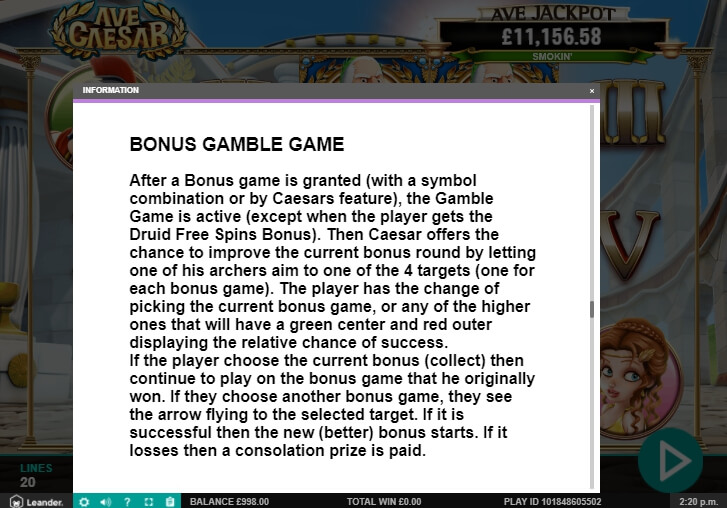 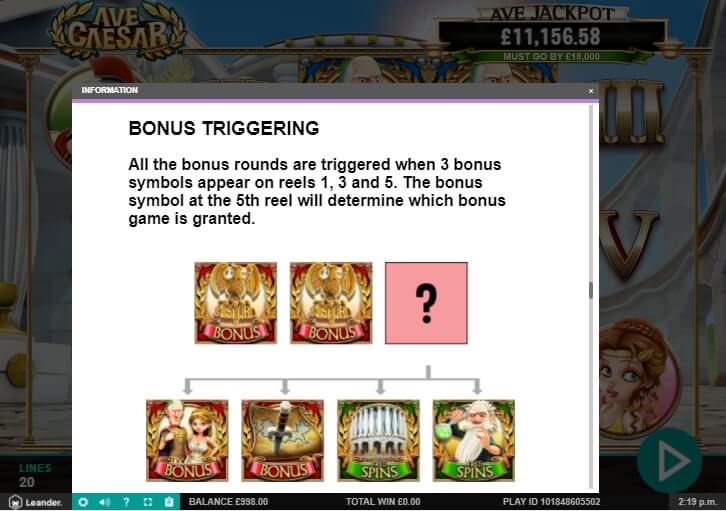 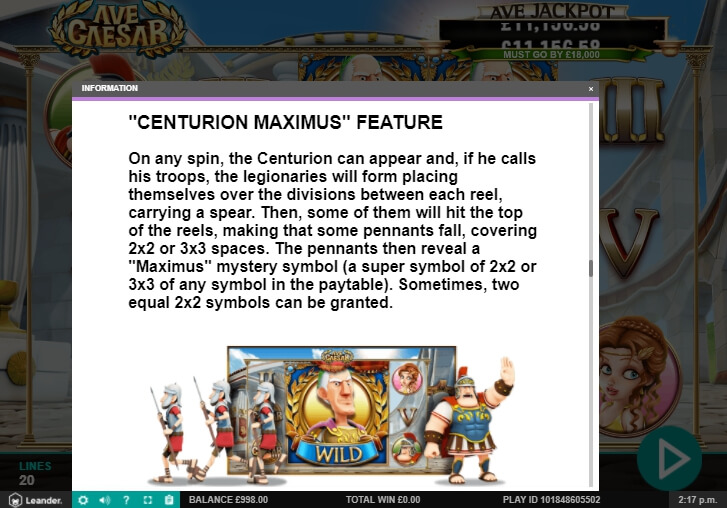 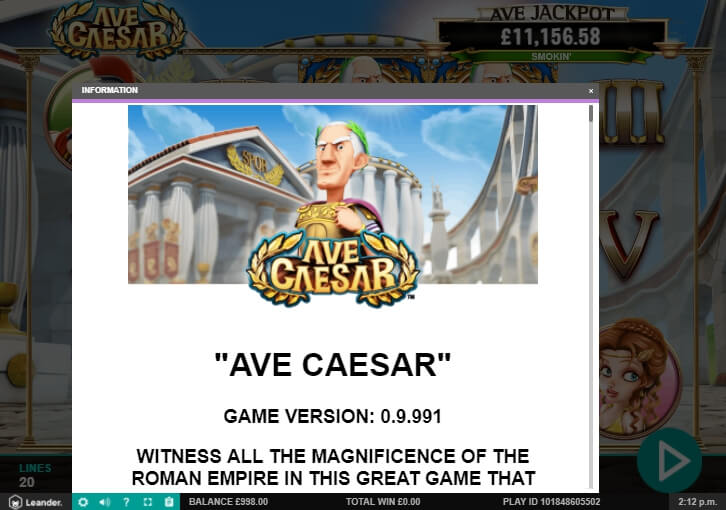 The Roman Empire is known for its brave army, whose soldiers spent a lot of time on the battlefield, under the flag of their ruler. Also on the pages of history it was captured and the fact that the imperial court has always been spoiled by intrigues and conspiracies were attended by grandees of different ranks. However, in the center of events was most often the historically known Caesar, to whom this bright and interesting video slot is dedicated.

The slot machine of the Leander Games company diversifies your leisure time and will please meeting with important characters and surprise with a variety of game play functions. In the online game usual symbols, wilds, free-spins, themed bonus games as well as additional prizes are available.

Without too much modesty, we can say that the Ave Caesar video slot is perhaps one of the best games about Ancient Rome in the modern online gambling. This truly fascinating and colorful game with funny characters, a huge selection of interesting bonuses and a variety of capabilities will draw your attention for a long time. And nice prizes and real money will make it one of the most profitable for you.

The graphic design of the virtual product will allow the participant to feel the atmosphere of the past time. At the top of the screen there is a wall with arched openings. The golden sun is visible behind it that means, the building does not have a roof. Most likely, this is the arena where gladiatorial fights were held.

The video slot pleases and a number of additional functions:
– Hannibal’s Heroes – the payments are calculated on the existing combinations.
– The Gaul – can use an additional multiplier.
– Ave Caesar – can give not only a cash payment, but also such useful free-backs.
– Centurion Maximus – forms huge symbols that occupy several cells on the neighboring drums.

Here to your services there are five drums and twenty fixed lines where paid combinations are composed. On the screen at the same time fifteen pictures appear, lining up in three rows. The rate per line ranges from 0.01 to 3.00. In this case, the main prize – the Jackpot – reaches a mark of 50,000 coins.

The developers have depicted on the drums of the legionnaires, the girl, the Ave Caesar logo and the Roman numerals from one to five. But really special and it is possible to say valuable features are allocated Wild (Caesar), able to make combinations even from two elements and to replace in chains basic icons.

And also Bonus appears in the first, third and fifth columns. Three bonus pictures launch the bonus. Its type is determined by the symbol in the last column.