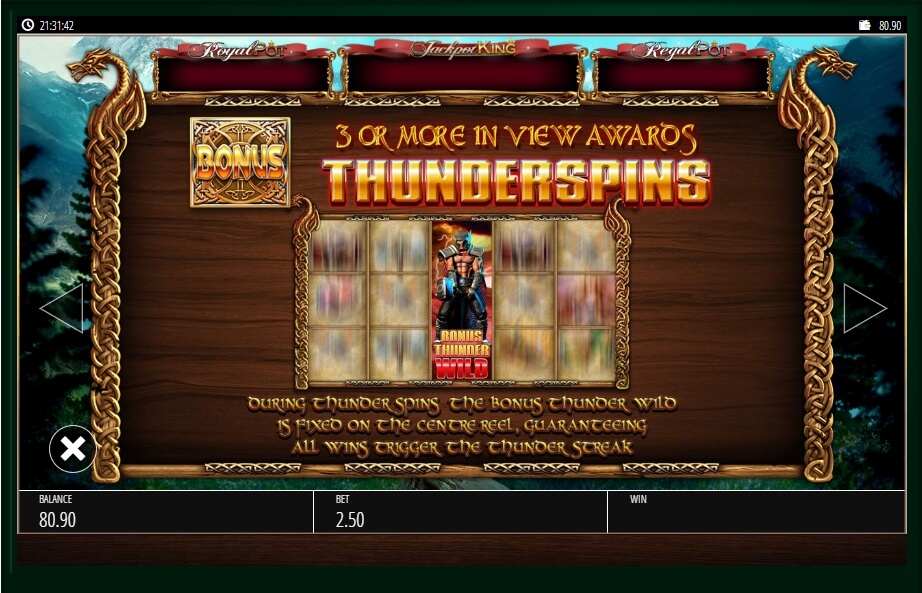 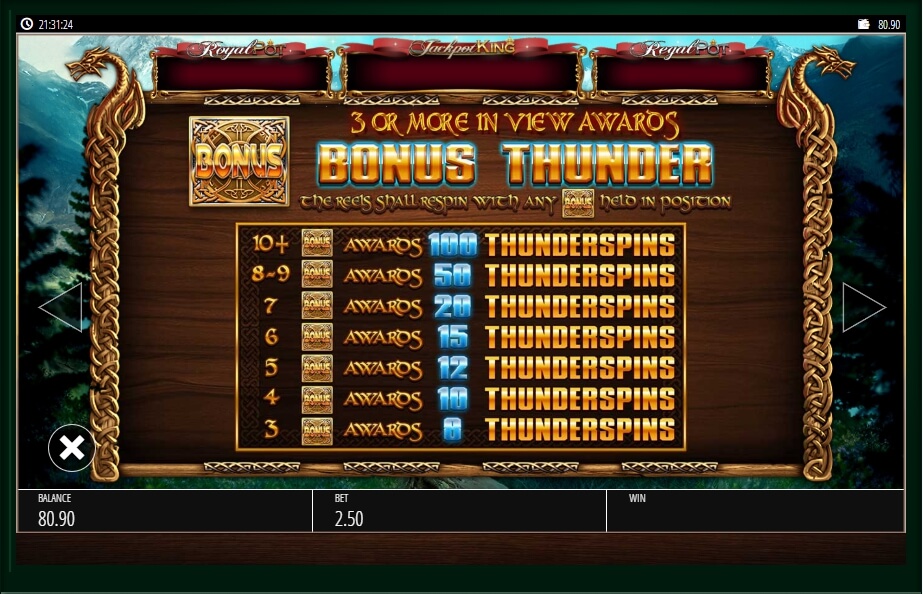 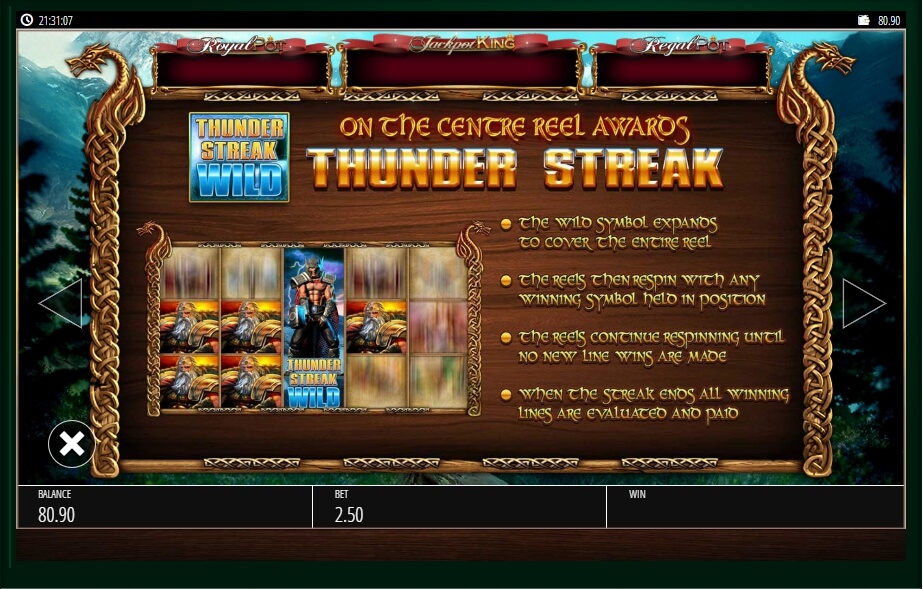 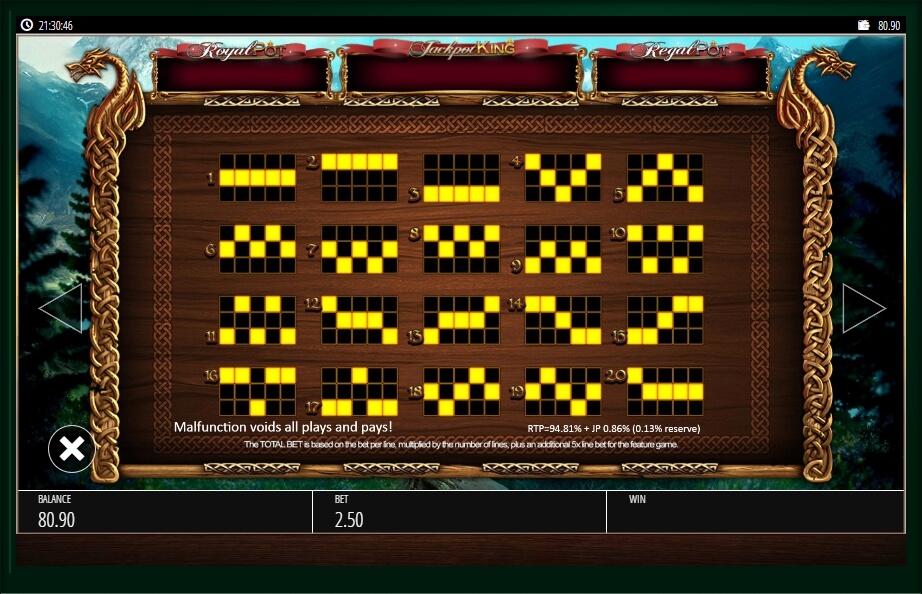 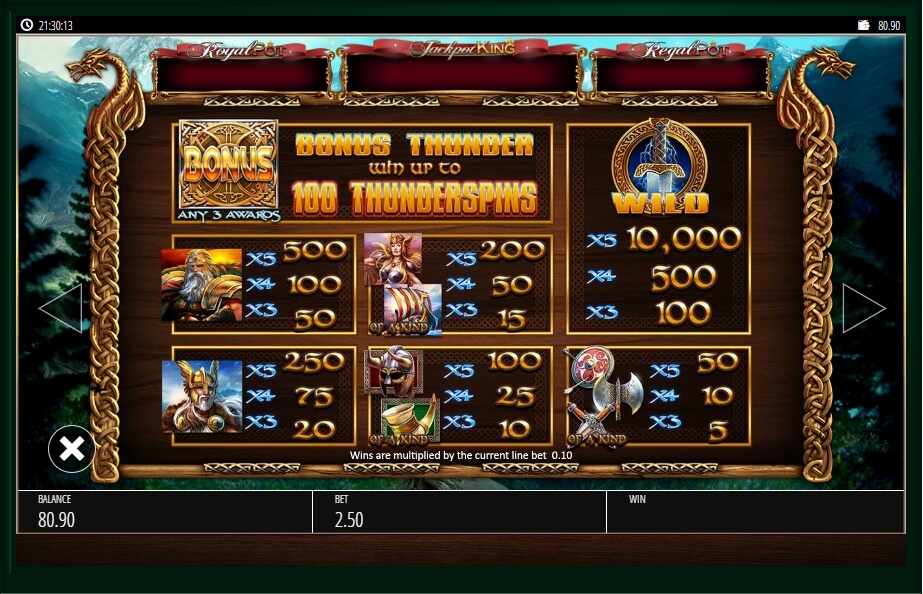 Strong, powerful and fearless Vikings always aroused the interest of scientists. These warriors scared their opponents and knew how to achieve their goal. Northern people were able to leave a significant mark in the world history. This way they deserved respect and admiration of modern people, including the developers of the Blueprint Gaming company. So they created a video slot that will tell about the life of great Vikings. With the help of the Vikings of Fortune slot, customers learn more information about the life of warriors and their activities, and share the wealth these people have won.

The mountainous terrain became the main background of this stunning slot machine. In the middle of the monitor is the game field with exclusively thematic icons that fully reveal the story line of the slot. Designers have worked hard on the model carefully, so the model will pleasantly surprise even demanding guests. On the background, there is a dense forest and high snow-capped mountains. This location fully describes the life of powerful Vikings. Also, the developers added appropriate sound effects.

These warriors were talented blacksmiths, so they produced a large number of weapons. Scientists and archaeologists still have different shields and swords that remained intact. Vikings and attributes of their life and activity will appear on 5 reels, on which 20 lines are located. At the top, we can see three sections that display different versions of jackpots.

On both sides are keys that control the gameplay. All lines will be active by default, so the participant only needs to bet on a round. Payments at the end of the round will depend on this indicator. The BET function has additional buttons that help you select the value of the bet. After that, the user only needs to select the option to start the rotation.

A large button activates a single rotation. Nearby you will find a small key that starts automatic rotations. All prizes are credited to the user’s balance according to the payout table.

As in other models of this manufacturer, here some pictures give higher payments. For example, one of wilds that looks like a sword with the inscription “wild” can replace all usual elements in chains. But this is not all, because this icon will give the client up to 25 thousand bets.

The second special symbol is called “Thunder Streak Wild” and it appears only on 3 reels and occupies the entire strip. An additional round is called “Bonus Thunder”.

After that, the number of “Thunderspins” will be determined depending on the number of these elements.
-5-7 pictures will give the user 10 rotations;
-8-10 will give 12 free rounds;
-11-12 pictures – 15 rotations.