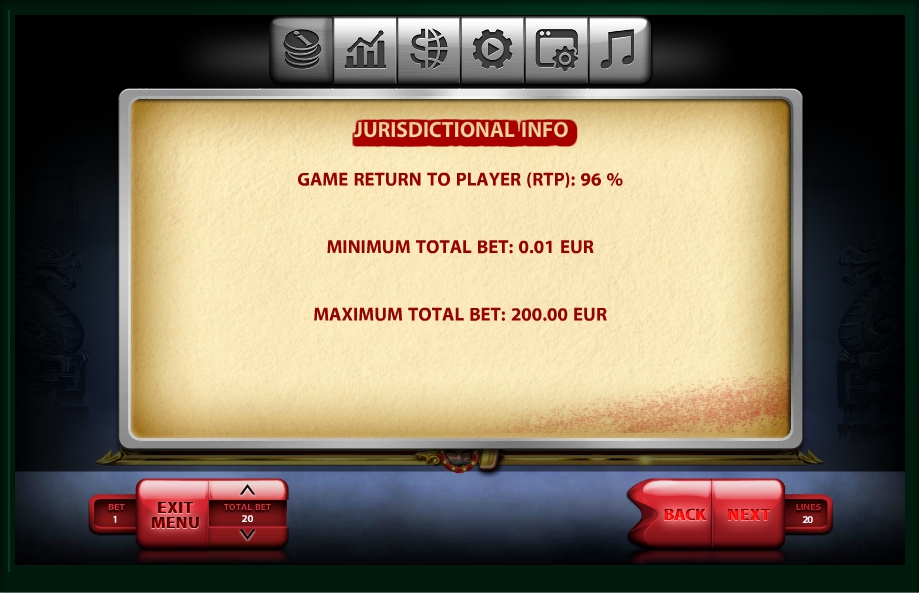 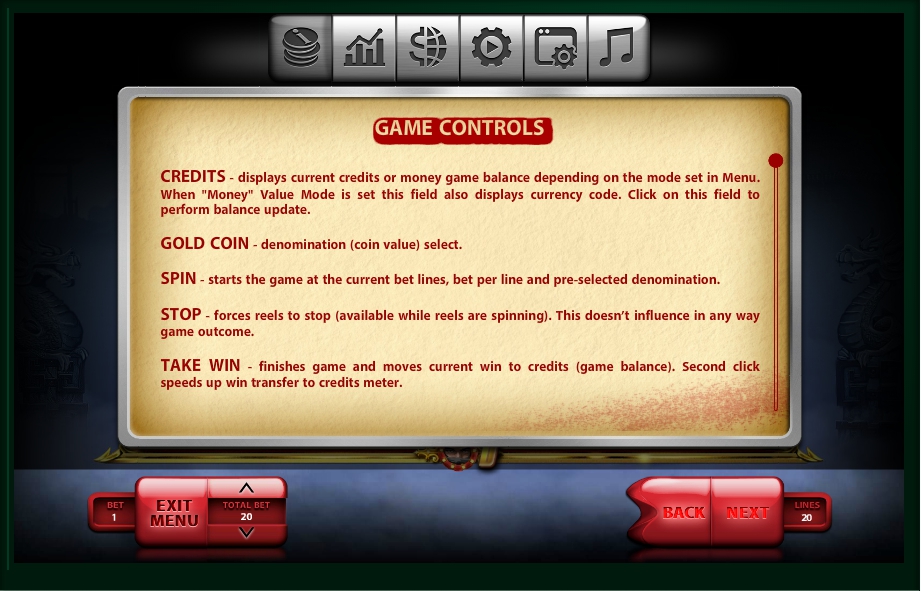 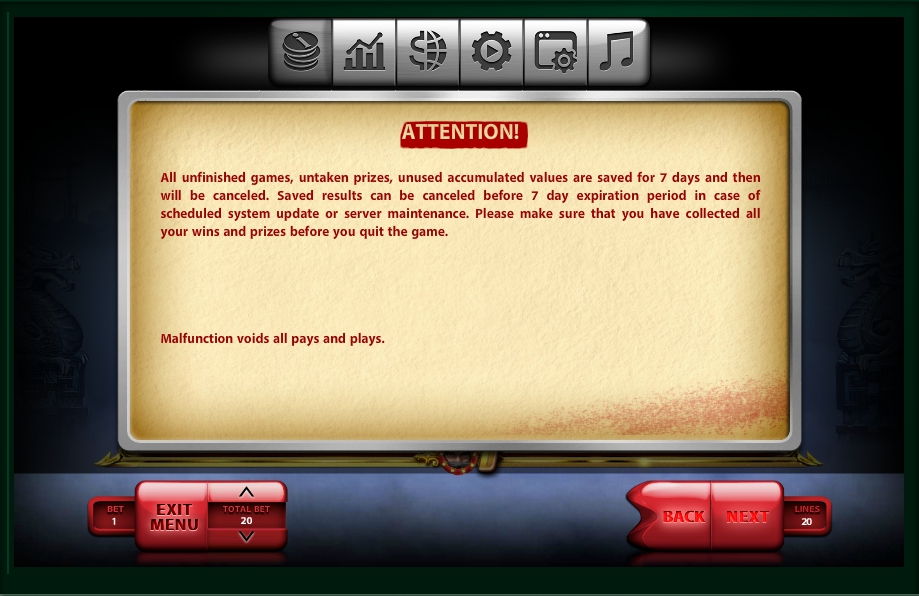 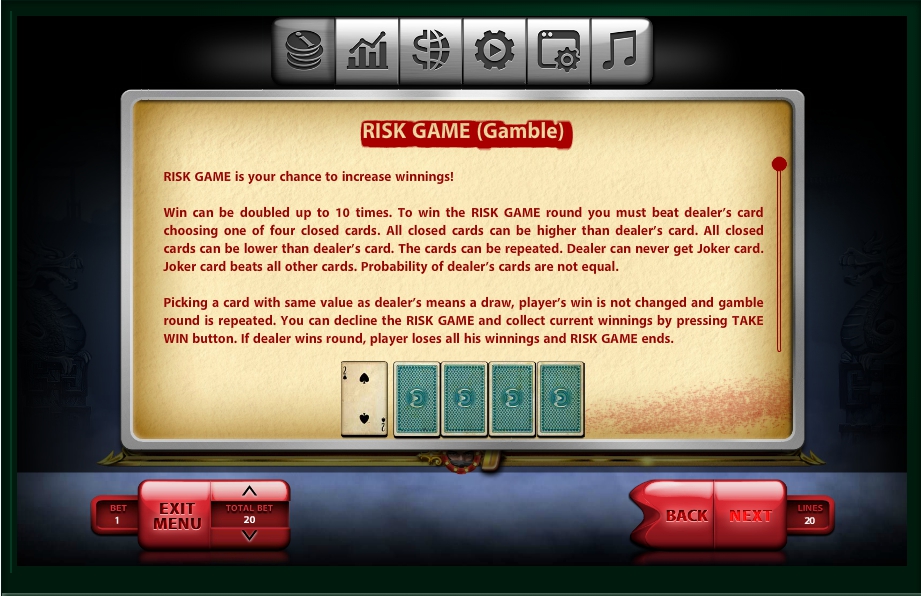 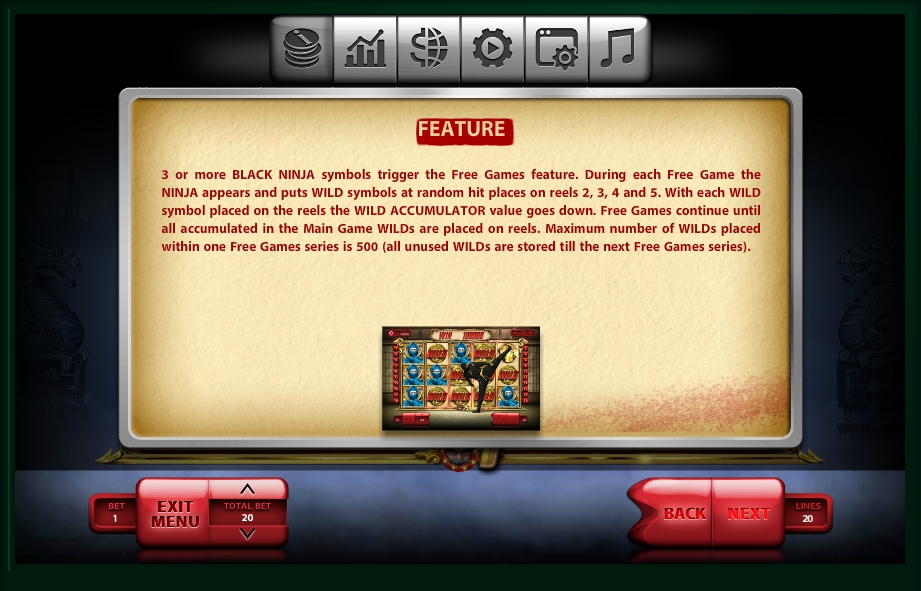 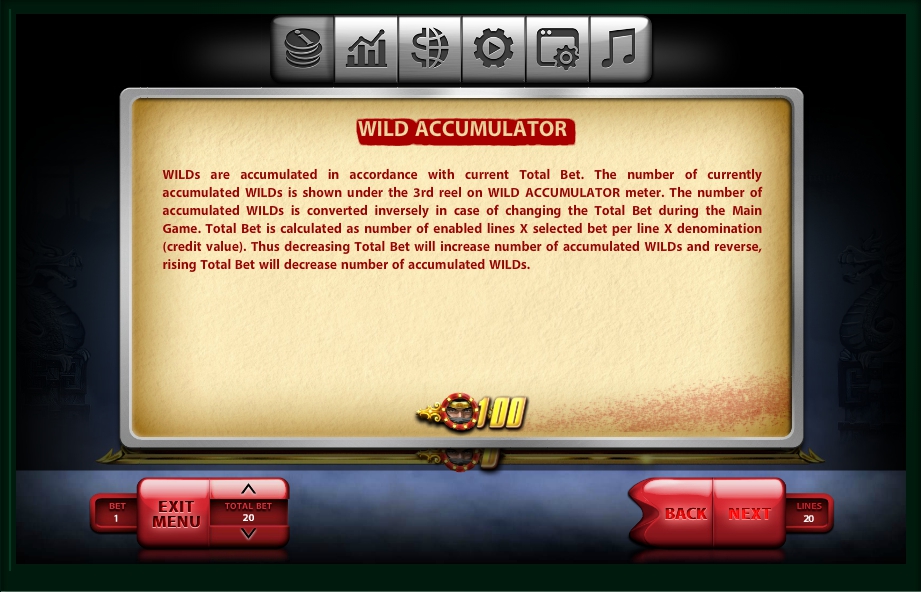 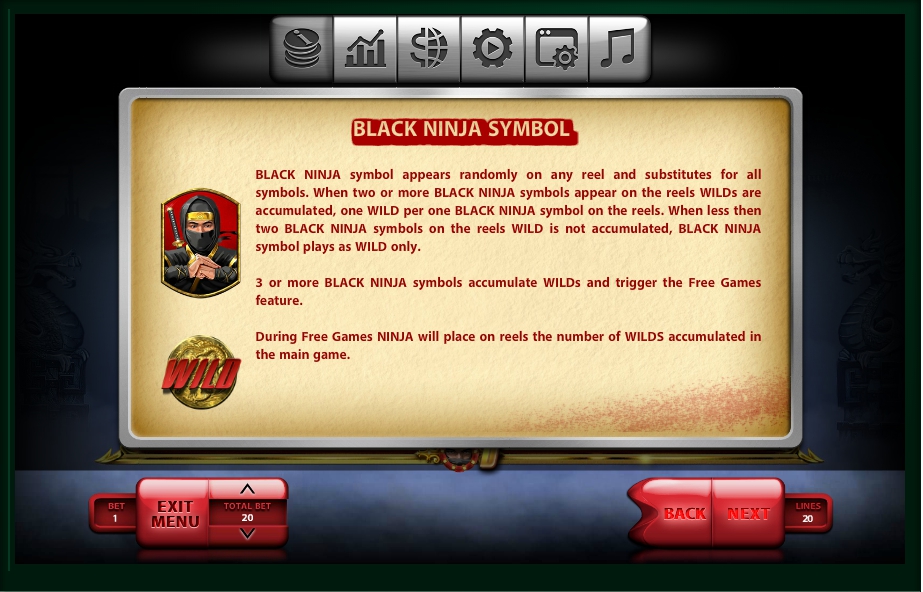 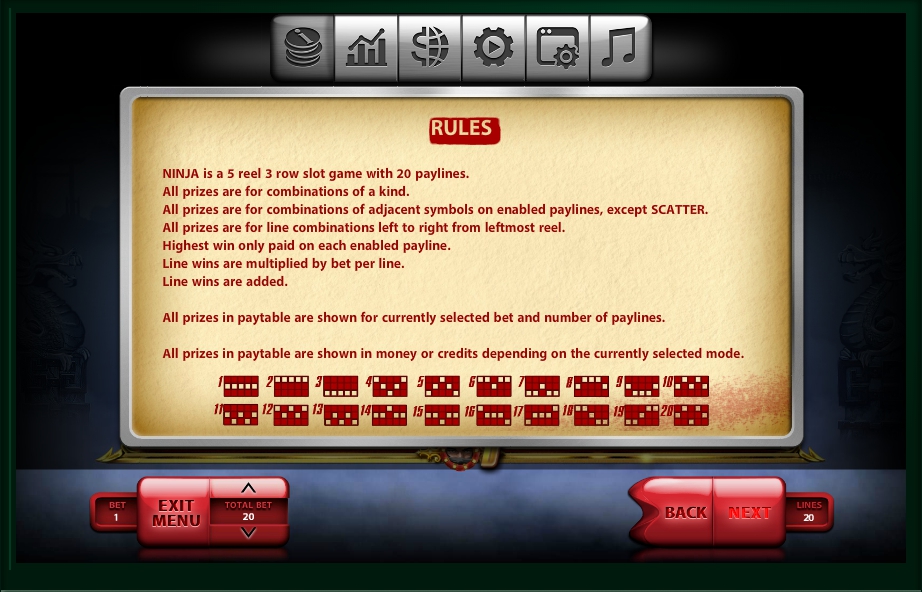 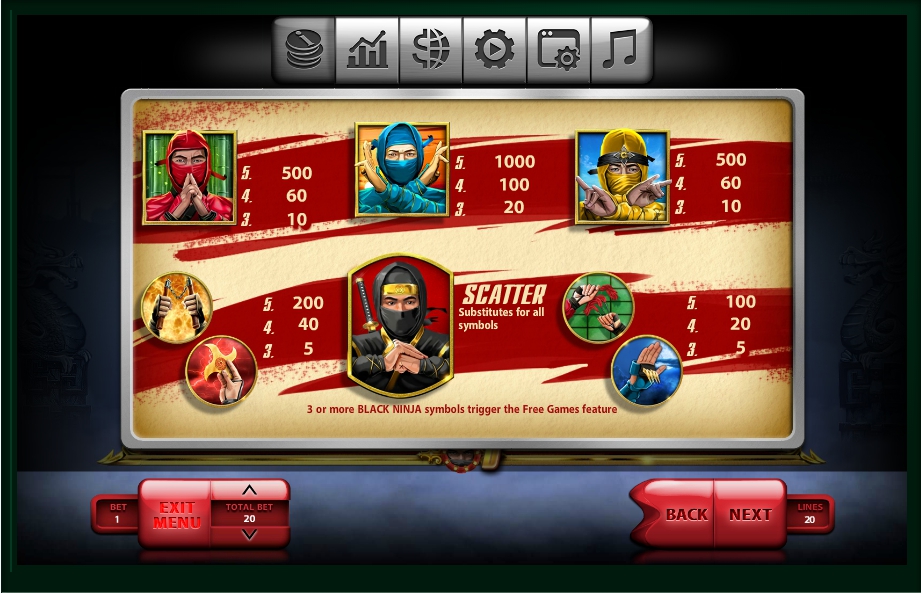 Cowabunga. Who knows or remembers what does this word mean? Those who said that it is a battle cry from the ”Teenage Mutant Ninja Turtles” can be relaxed and get ”A”. Well done. A current review is dedicated to the Endorphina’s slot machine, creators of which got an inspiration from the Ninjas. If you wish to play this spy video slot, then your location isn’t important. You can be in Las Vegas or in any other allowed for gambling city/town.

Tss… Three ninjas – Aka (dressed in a red suit), Ao (wearing a spy blue clothes) and the Kiiro (he is in a yellow one) – have decided to make a training. Would you like to learn their skills and get a chance to win real money? Then find the Ninja Slot casino online and be concentrated. Before the guys start, you have time to make a wager. Click on the ”Coin” button that is located above all reels, and you will set a coins’ size. (Its range is from 0.010 to 5.00.)

The ”Bet” button sets a quantity of the coins via a line. Placed near ”Spin” (We wish to remind that act of this button is moving the reels.), ”Lines” was created for using in order to choose the lines number. (By default settings, there are 20 paylines.) ”Auto” relieves you from activating the previous button often. In addition, the game symbols are just marvellous.

You can see it by yourself: separated portraits of Aka, Ao and Kiiro and a multi-coloured equipment, which is corresponded to the shade of their suits.

Breath-taking Bonus rounds, which everyone can try

”Black Ninja” (Sairento) is scatter in the slot’s game. It can replace all symbols, except itself and wilds. Sairento appears randomly. When more than 1 face of this attractive ninja is landed, his sharp katana will blow the symbol. There you will find a written bloody-red word ”BONUS” and real Sairento will jump from a roof.

Every his kick transforms an icon that you’ve accumulated in the regular game (only on the reels from 2 to 5) into a golden coin seeming to be like a coiled golden dragon, and a large red italic word ”WILD” will be written in the middle of it.

After finishing a master class of kicking, Sairento suddenly disappears as fast as he`s come. Not less than 2 ”Black Ninja”s can trigger the ”Free Spins”. The most pleased prize in the Ninja Slot reaches 1,000 free spins!!!