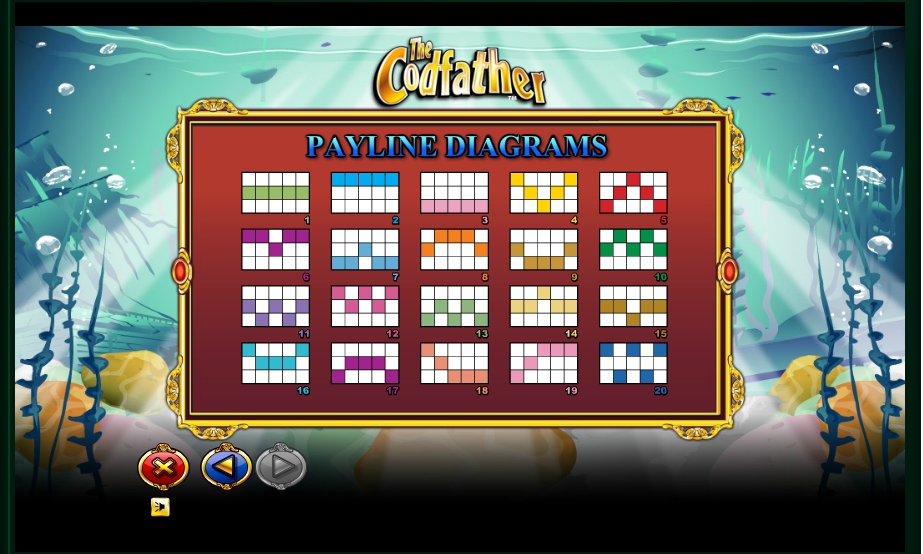 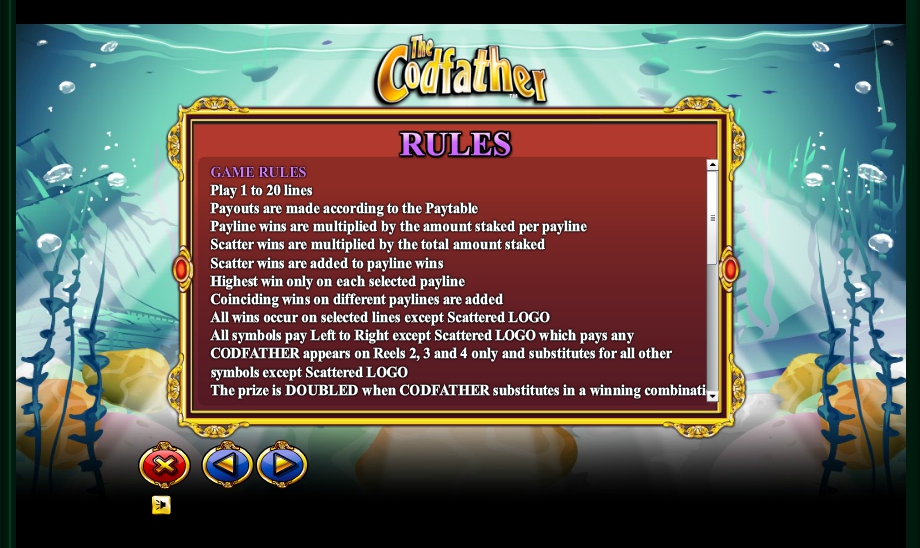 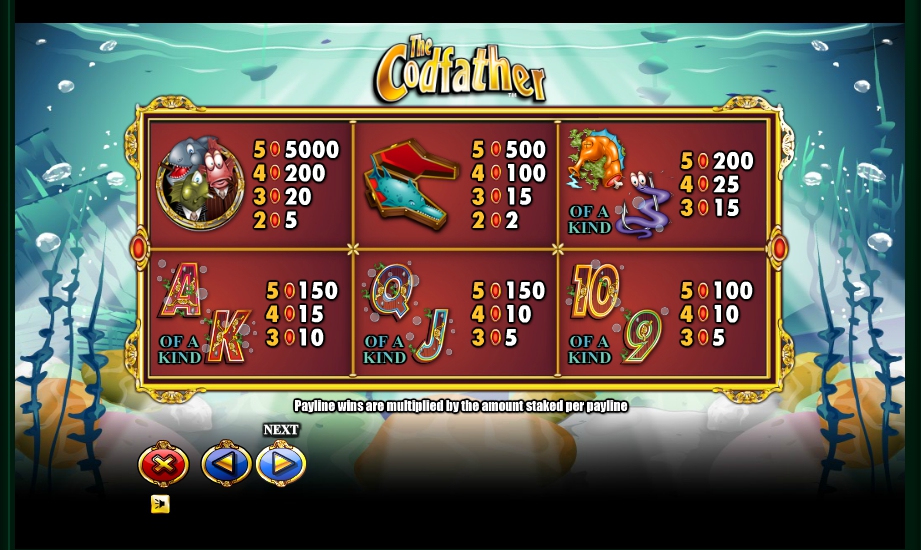 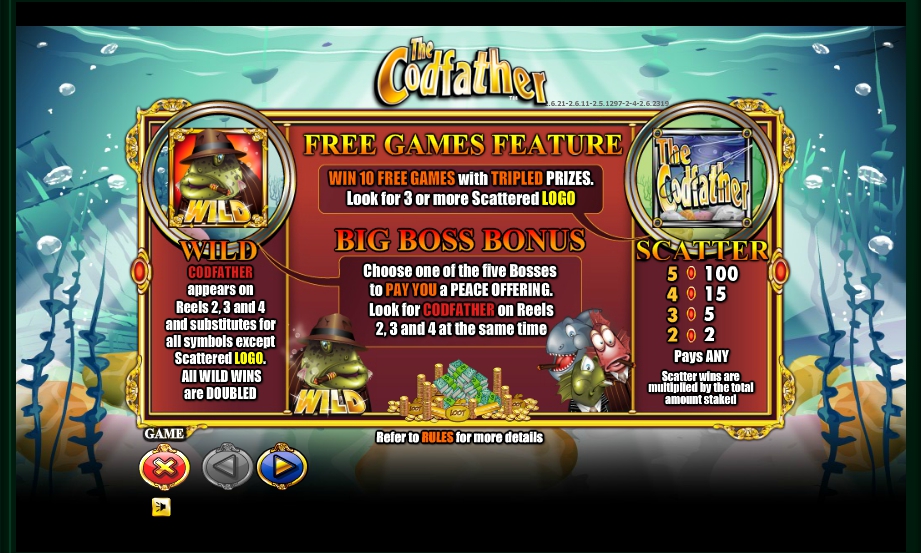 The sea has always attracted humanity with its mystery, limitlessness and the presence of many unique inhabitants who have incredible and unusual abilities. Manufacturers of game software often for their slot machines choose the nautical theme. That is why the company NextGen Gaming decided to please its fans with the release of a video slot called The CodFather, the essence of which lies in the history of the mafia among fish.

The plot of the game was taken from the famous movie The Godfather, only here the main roles went to sea creatures. Such an unusual topic, which is more familiar to users, is very exciting. It is quite logical that the game opens against the background of the seabed, where various fish and other representatives of marine fauna gathered. Thanks to high-quality graphics and the presence of animations, the player can imagine what would happen if he appeared on the bottom of the sea along with the fish. In addition to animals, the graphic presents the user with amazing seaweed and seashells that give the plot a realistic feel.

For the game to be as simple as possible and successful, the user must necessarily familiarize himself with the control panel of the machine before starting the rotation. To begin with, the player should open a section where information about the main principles of the game is found, using the “i” key for this.

In addition, in this tab the participant will find a table of payments, on which the accrual of rewards is made. Having looked through each page of this section, and also having studied the information necessary for the participant, it can be accepted for a choice of suitable game indicators. First of all, he needs to use the buttons “+” and “-“, responsible for regulating the number of active lines in the game.

After choosing the series, you should start fixing the desired bet size. It is performed in the same way as the previous game indicator, only the controls are located near the BET function. Having dealt with all the above-described actions, the player can start to rotate the reels.

This is done by using the SPIN button. If the participant wishes to play the game in automatic mode, the AUTOPLAY button, shown in the form of two consecutive arrows, will help him.

The wild symbol is represented as a big boss only lands on reels 2, 3 and 4 and doubles every win. If the user gets 3 of them on the central reels, in addition to the nice win he will also trigger the Big Boss Bonus. This is basically a cash bonus. You have to choose one from 5 bosses who offer you a bribe in the form of a cash prize.

The next bonus is a free spins bonus and is triggered when you get 3 or more scattered Codfather signs anywhere on the reels. You are awarded 10 free games and all prizes tripled.