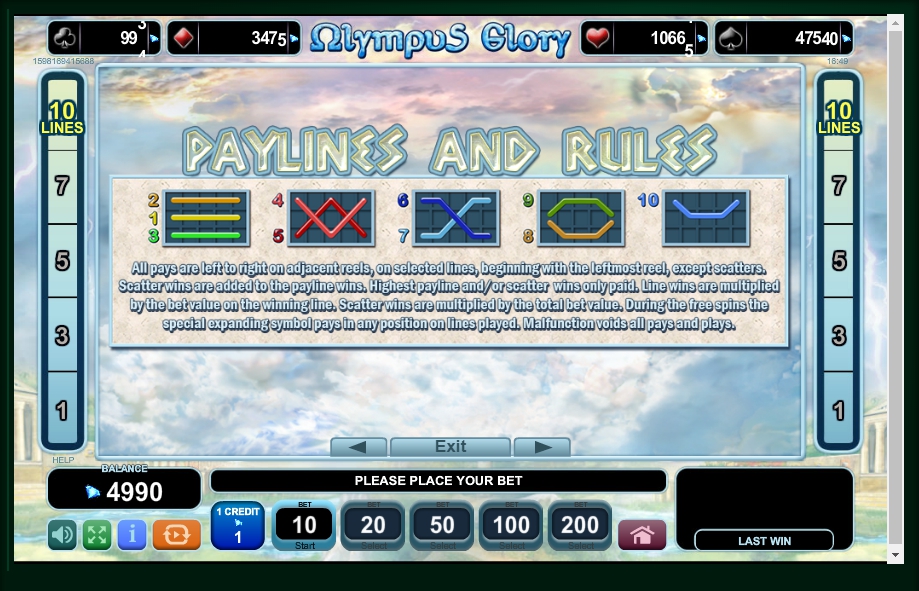 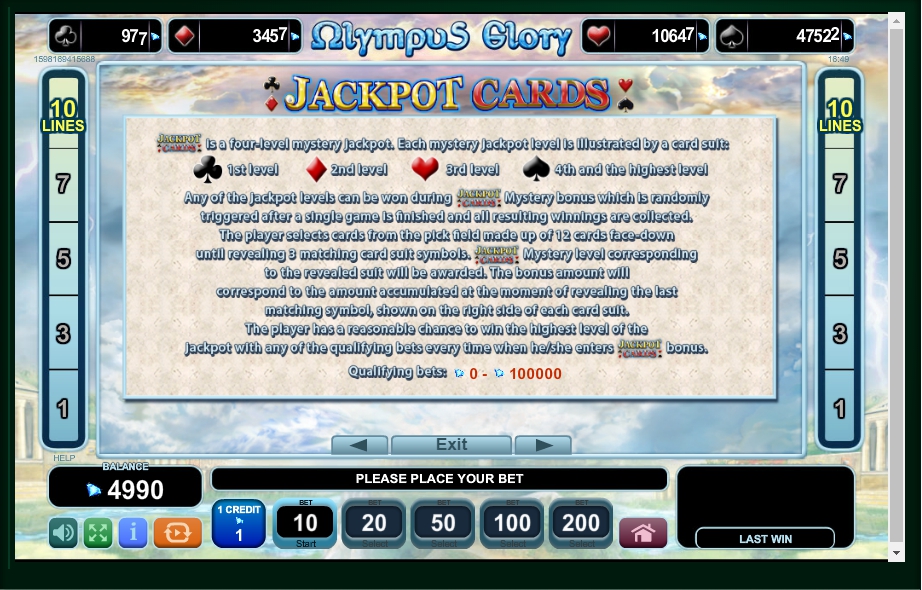 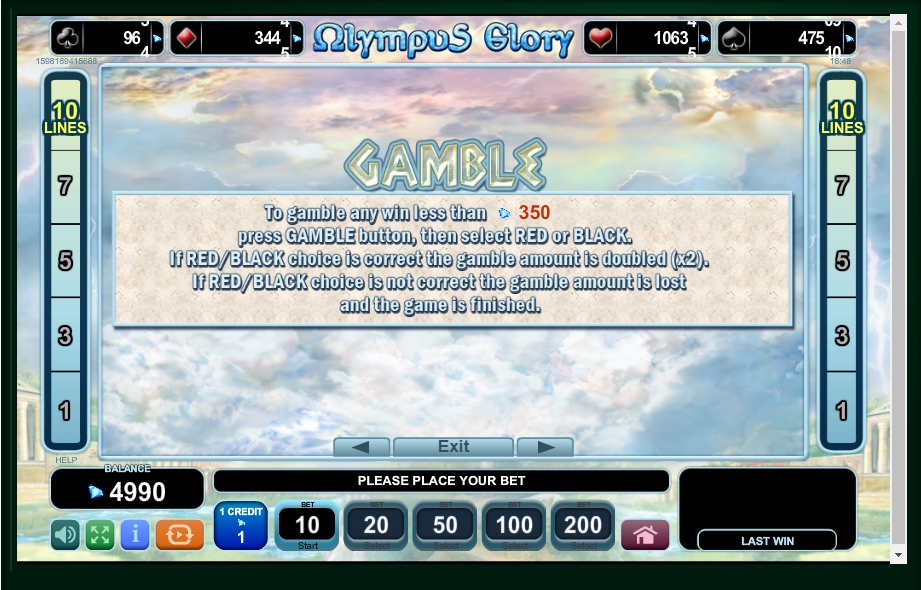 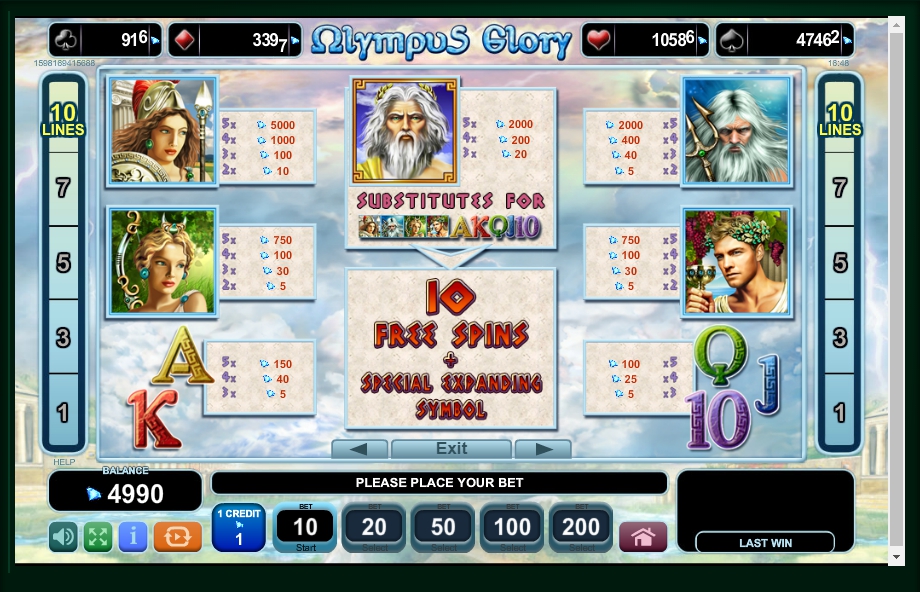 A really interesting slot is a machine, the theme of which isn’t simply well chosen, but also perfectly described in a process of playing actions. The Euro Games Technology gambling company-producer is known to players precisely thanks to the fascinating themes of their works. One of the most favourite devices for many users is the Olympus Glory casino. It is based on a story of gods who ruled humanity from Mount Olympus. Together with these unearthly deities, there will be a player on top of Olympus.

It’s no wonder that the action of the game unfolds in the clouds, as the summit of Olympus is exactly among them. However, a participant will face the gods only in a form of their images.

Clearly designed graphics and a suitable soundtrack play a major role in the perception of the game and its successful completion. Thanks to small animations, the gods seem to come to life, wanting to descend from heaven.

The Olympus Glory online is a five-reel slot with 10 active lines, which the participant can use only after studying a control panel that is incredibly simple and understandable even for novice players. First, a user needs to look at a combination table and basic rules of the game, which are located in the PAYTABLE section. The final payment has a significant impact on a size of a selected rate, so the participant must fix the rate, which, in his or her opinion, will bring the greatest profit.
Another adjustable indicator of the game is a number of lines. It can be changed by pressing a button with a suitable number. So, you can select up to 10 active rows per scroll. There are no more important buttons on the toolbar, but before starting, the player can also adjust the graphics and sound settings. For example, the menu has a button that extends the game to a full screen, as well as a button that controls a volume of the sound. Rotation of the reels is possible with two functions: START starts the reels in manual mode, and AUTOPLAY allows performing several continuous spins.

The user should know that in addition to the main round, he or she can take part in bonus or risky rounds. Activation of the first one occurs in a random order after a formation of the combination of three images of Zeus. And an essence of the prize round is that the player can absolutely make 10 spins with a special expanding wild symbol. When this wild-mark fills the whole drum, chances for the participant to compose the win comb will increase at times.
As for the risk-game, the user can enter it only after forming any winning comb and pressing the GAMBLE button. Before the gaze of the participant several cards appear. It is needed to guess their colour. If the round is passed successfully, the user will receive an amount for the last spin doubled. So, one scrolling can be increased to 350 coins. If the colour of the card isn’t guessed, the profit relying on the spin is cancelled and the player returns to the main game.
Olympus Glory is one of historical slot machines, the main characters of which are the ancient Greek gods ruling the famous Olympus. Entering the slot, the participant gains not only an upscale game but also an extraordinarily important gambling experience, which is extremely necessary for successful and profitable games. Moreover, you can play it for free.