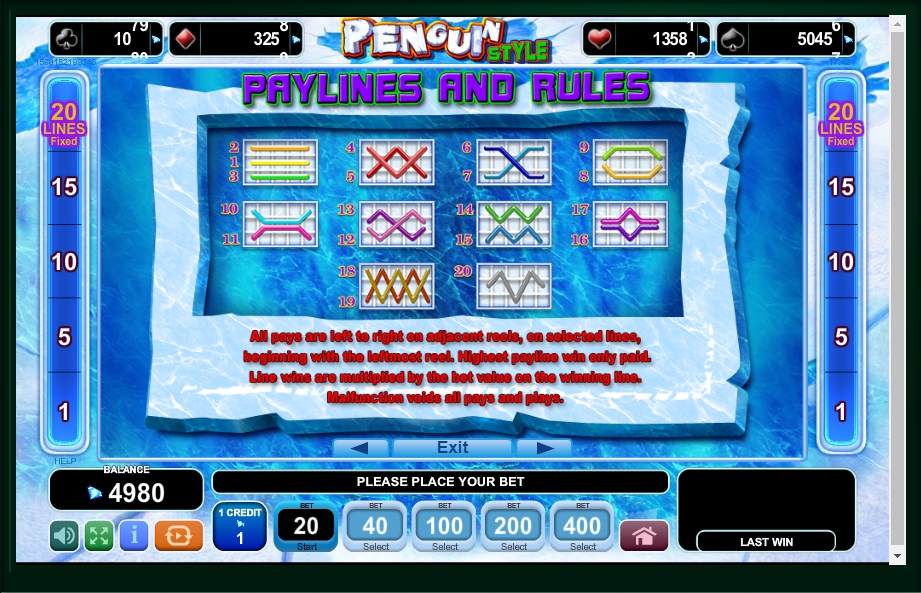 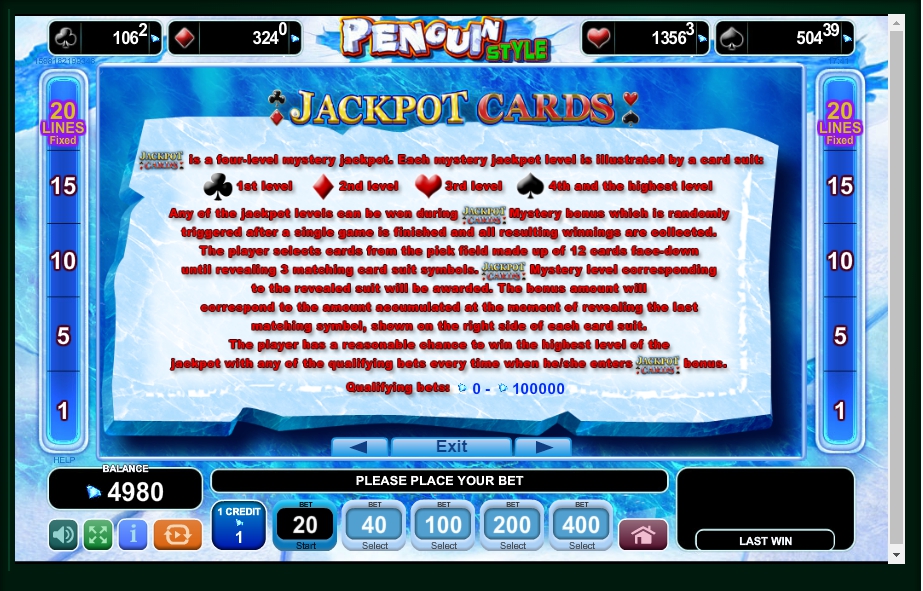 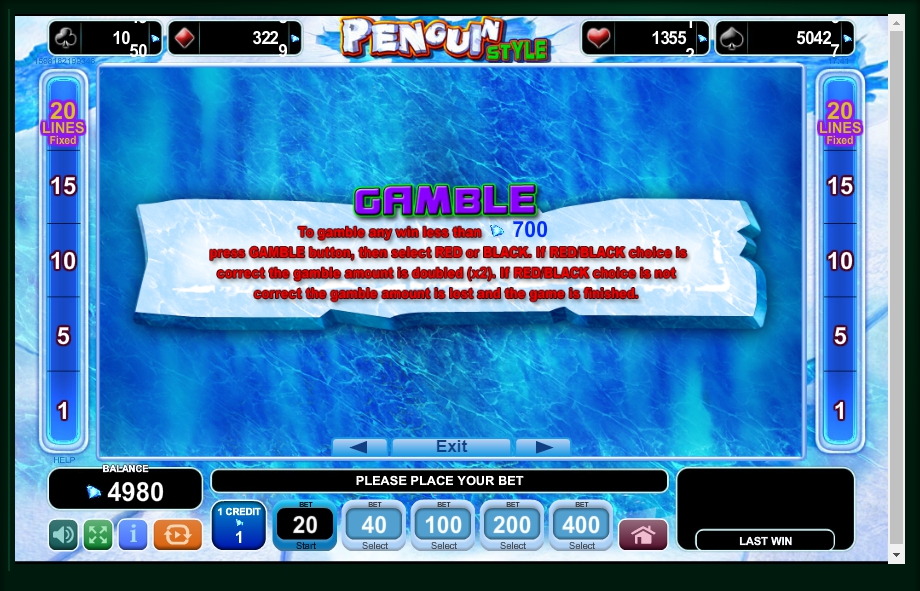 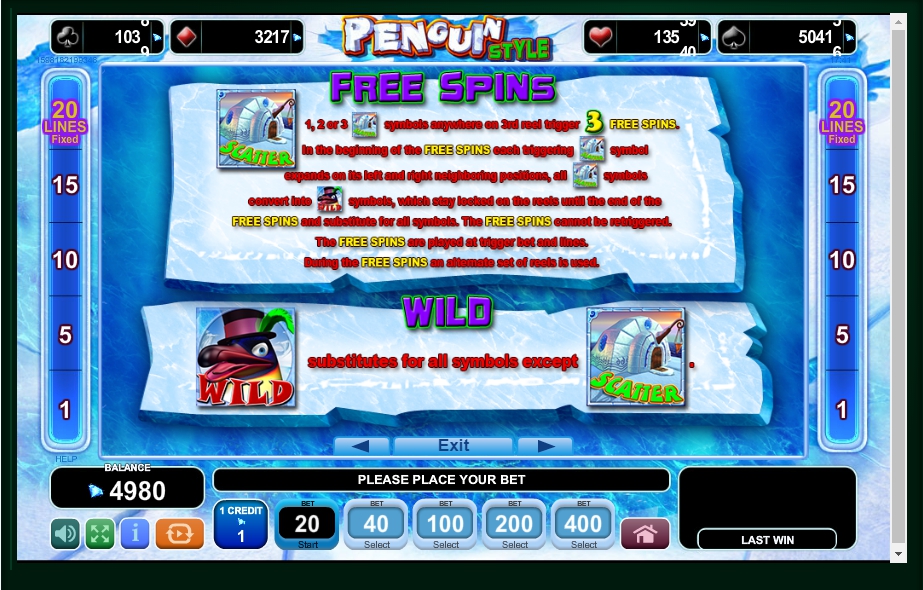 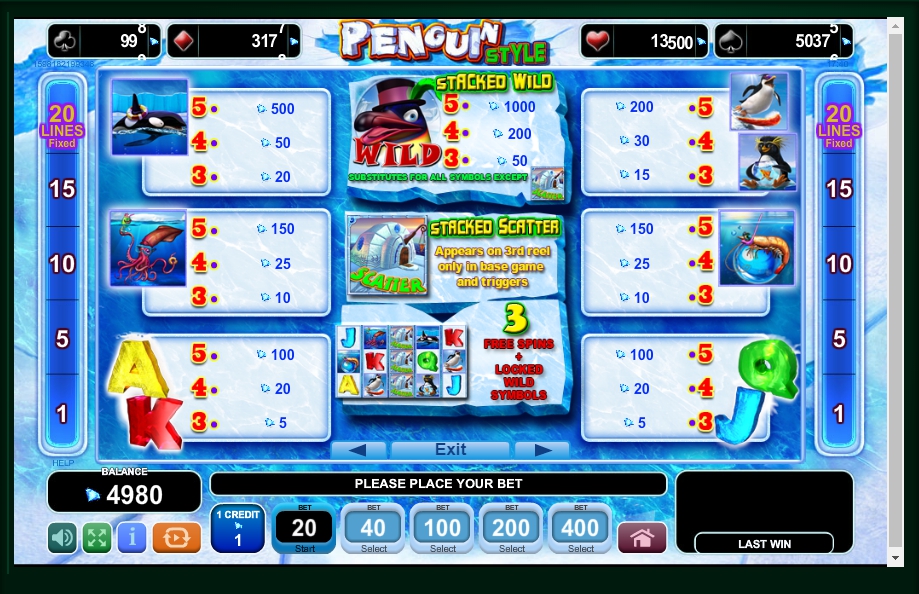 Winter is a magical time. In many video slots the naval theme has been successfully worked out, therefore such machines are very popular. The company-manufacturer called Euro Games Technology offers participants a device with the combined winter marine theme, Penguin Style. Its main characters are the cheerful inhabitants of the depths of the North Ocean, who are not afraid of the cold. To get to know the characters more closely, a participant should become a diver for a while.

Despite the cold graphics present in the slot machine, the game is very interesting and promises several bonuses to the participant. All the actions of the game will take place on a large piece of ice, where not only sea animals like to relax, but also people settled. The player will never feel bored with the slot because it is equipped with interesting sound and graphic effects that revitalize the game and make it more similar to reality.

To make the game as successful as possible, the participant needs only to not remember its basic rules, but also be able to manage it. Here can help a very convenient menu of the machine. The first button to be pressed by the player is called “i” that stores data about the rules of the game. Now a customer can adjust bets.

The buttons for this action are five (BET) and each increases the bet size by a certain amount. As for pay lines, their number in this slot is 20 and it doesn`t change. By setting all parameters at their own discretion and having studied the rules of the game, users can start scrolling.

Rotation starts when the BET button is pressed. If the player doesn`t want to waste time on an infinite push of the launch button, he or she can use the autorun mode.

To get an opportunity to make 3 additional scrolls, the participant needs to collect from one to three scatters on the third drum. The use of prize revolutions is called a bonus round.

In addition, each user can participate in a risk-round. In this case you must generate some winning combination and press the GAMBLE key.

After this, the player will see a closed card, the colour of which is needed to guess. If you guess, the amount for the last winning spin will be doubled. The total possible earnings on doubling can reach 700 credits. By the way, the main prize is 1 thousand credits.