You can not play this game for free
For free slots game go
Play free
or
(14 votes)
Game Played: 0
Full screen: close 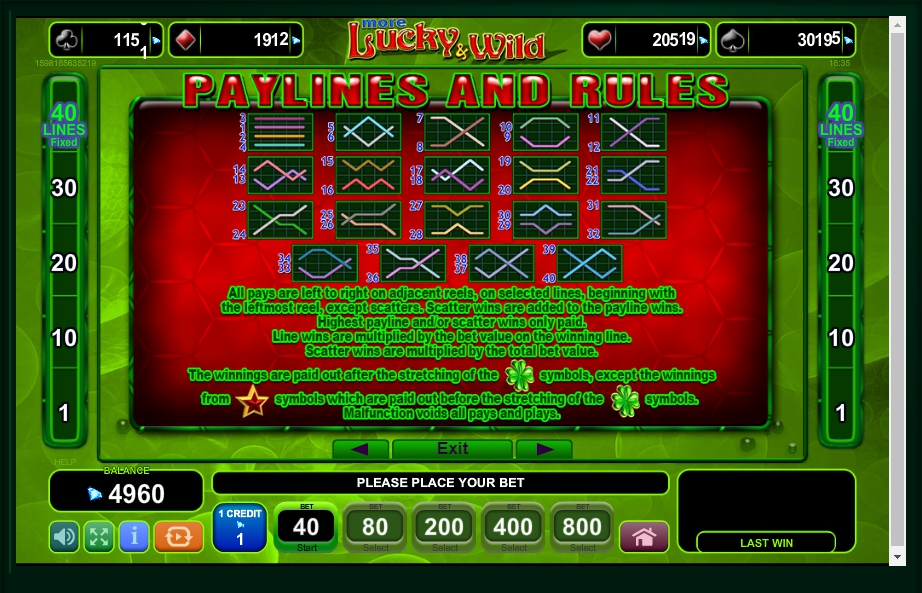 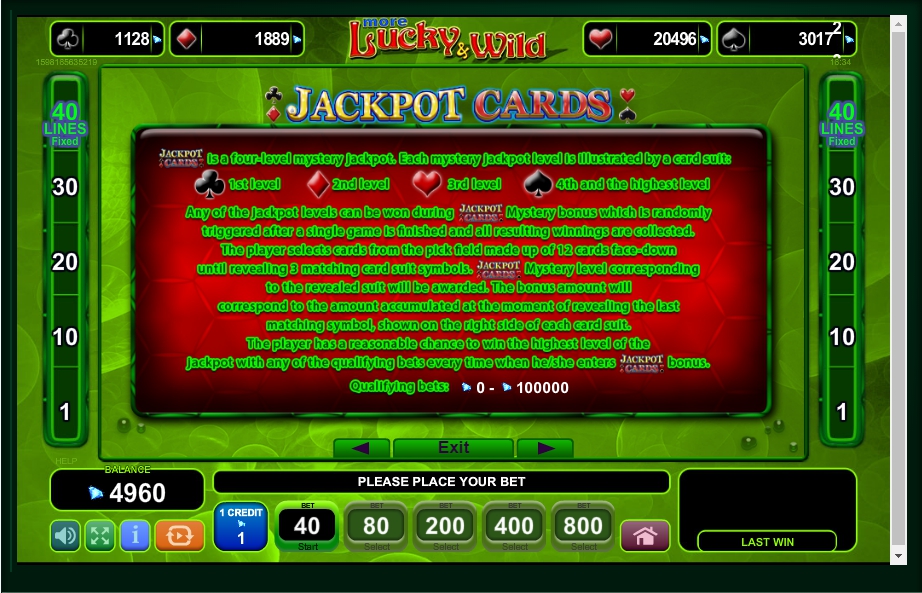 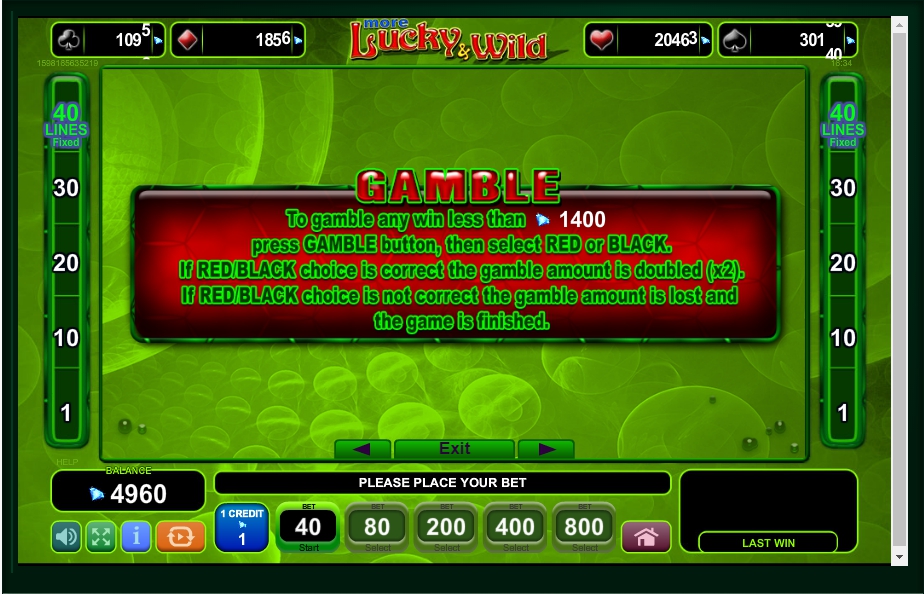 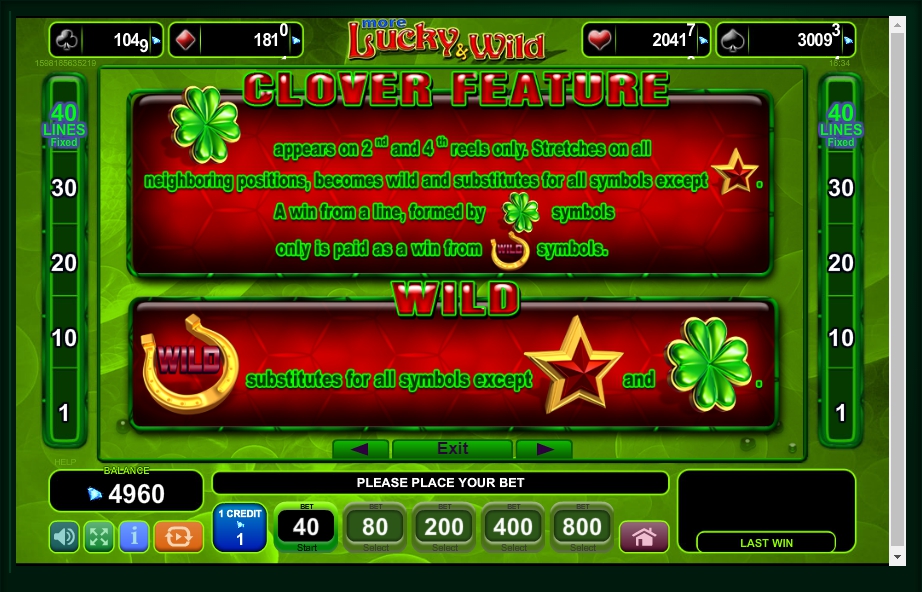 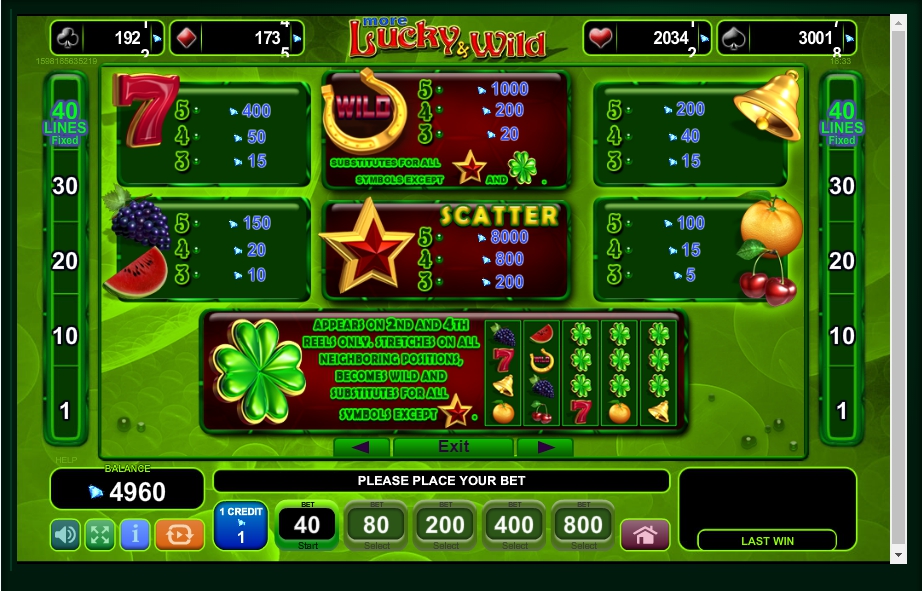 The amazing and unusual history of slot machines, where fruits are the main characters, is very interesting because the prototypes of such slots were vending machines for selling gum. Nowadays, virtual entertainment areas are full of similar classic games, but not all of them can really satisfy user requirements. However, the EGT Company has managed to recreate a classic fruity story, embodying it with the help of new technologies and progressive capabilities of producers.

This emulator is made in best traditions of the fruit machines. In a word, the graphic designers from EGT were able to surprise the entire user audience. Despite the conciseness of the visual design, the game turned out to be very bright. Green shade serves as the main background for the development of the game events and contrasts with bright game symbols. The musical accompaniment is also pleasing, adding to the process dynamics and realism.

The upper part of the main space of the “More Lucky & Wild” video slot plays an informative role, since it shows an information about available jackpots. All counters are updated in real time, so it is very easy to track changes in potential winnings. The main part of the interface is occupied by the playing field, on which various combos of symbols are formed.

In addition, the slot provides 20 lines for payments, the number of which depends on a productivity of the game process. In order to track the layout of each of the lines, linear indicators are provided on the side panels of the field. On the sides of the screen there are several keys that open access to rules, bet and line settings, as well as to active payout ratios.

The rules and the gameplay in Lucky & Wild are very simple. It contributes to the expansion of the user’s audience, as for beginners it is very easy to get acquainted with the creation from EGT.

Below, under the diamond image you will find custom settings. Here, a player can mute the sound, activate the full-screen game mode and use the “i” tab. Here, the developers have posted a theoretical information.

A “wild” symbol in the game is the Horseshoe. It can form combos of its own signs or replace other usual pictures. “Scatter” is the symbol of the Star, which brings a prize, regardless of its location on the playing field.

Available jackpots can be played at any point in the main process. A user will be able to test his or her intuition by opening the proposed cards.

Each win can be doubled at the expense of a risk-game. Its rules are simple, being similar to the rules of other slots from different manufacturers.

The principle of this round is to click at the right time at the button that determines the colour of the card. All winnings received on the Lucky & Wild machine are instantly added to the player’s current balance.