You can not play this game for free
For free slots game go
Play free
or
(11 votes)
Game Played: 0
Full screen: close 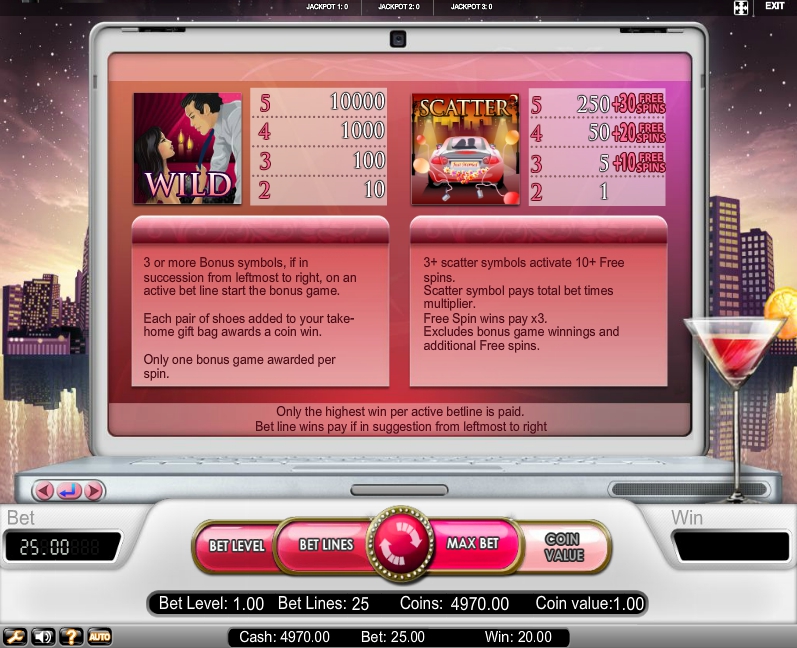 Las Vegas is not rarely called “City of sins”, because you can be lost there forever. Hundreds of bright institutions attract with their bright signs, full of lights. Landscapes of a megacity resemble pictures from fantastic films, and the contrast between night and day of the city is simply amazing. Those who wish to visit this Southern hot city, you need to take note that he does not just let anyone go.

It’s no secret that the theme of Las Vegas is often revealed the slot machines, which is quite logical. Each developer tries to present the world capital of gambling in the most favorable and colorful foreshortening. Among the providers, have who presented the most high-quality and worthy of attention slot of this thematic category to the user audience, was the NetEnt. The colorful video slot “Hot City” will reveal all the secrets of “city-sins”, will point the way to the most profitable casino and reveal the secrets of a successful game!

The designers of the video slot really did work to convey the festive mood and atmosphere of excitement through various visual effects. The presented slot can boast the three-dimensional visualization, thanks to which every detail on the screen looks quite realistic and attractive. The style of the interface completely fits into the theme and atmosphere.

It is impossible to determine the dominant shades in the overall color scheme, because the graphics here are represented by almost all colors of the rainbow, sparkling from every corner of the screen. The playing space is represented as a field with 5 reels. In addition to the drums, there are 25 lines, marked on the side panels.

The control panel in this case contains several basic buttons that help you customize the game settings. Coin value – a key, designed to control the value of a game coin; Bet lines – a button that determines the number of coins on one line; Max bet – the key for setting the highest bid in one click; Spin – activates the movement of the reels in manual mode; Auto play – starts automatic rotation.

The most important thing is that here the number of lines remains stable throughout the entertainment process, so there is no line button on the control panel.

The bonus mini-game is triggered when 3+ bonus images appear on the reels in succession from left to right on any active play line. In a mini-game, a girl is shown which is sitting in a designer shoe store. You are presented with many shoes, on which the cursor moves very quickly so you have to select the shoe and the game ends if you stop on an empty shoe box (as you have selected that shoe previously).

The Wild can substitute any symbol except the Bonus symbol and Scatter symbol. It is also the highest paying symbol which gives you maximum of 10000 coins when hit 5 of it on an active play line! The free spin feature is triggered when 3+ scatter symbols appear on the reels, which activate 10 free spins.