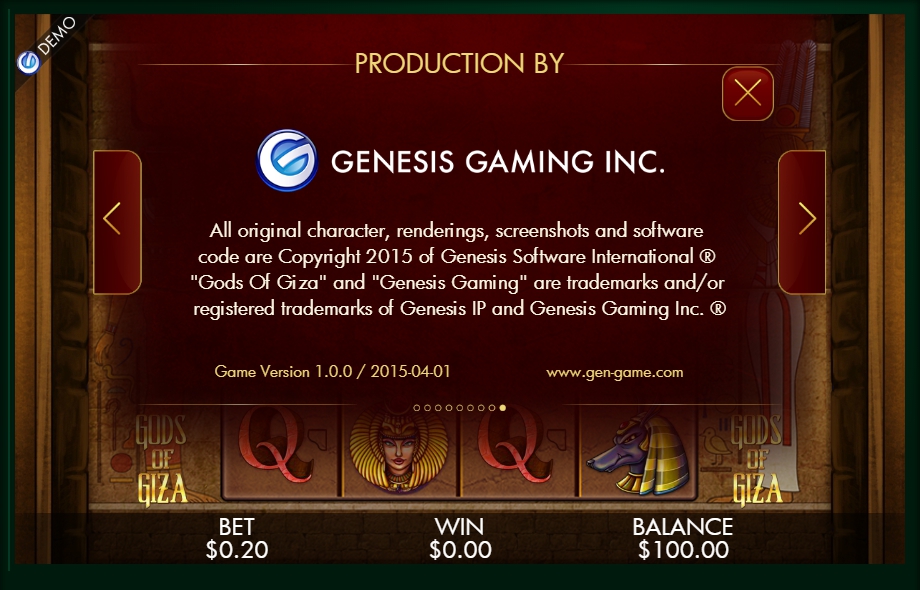 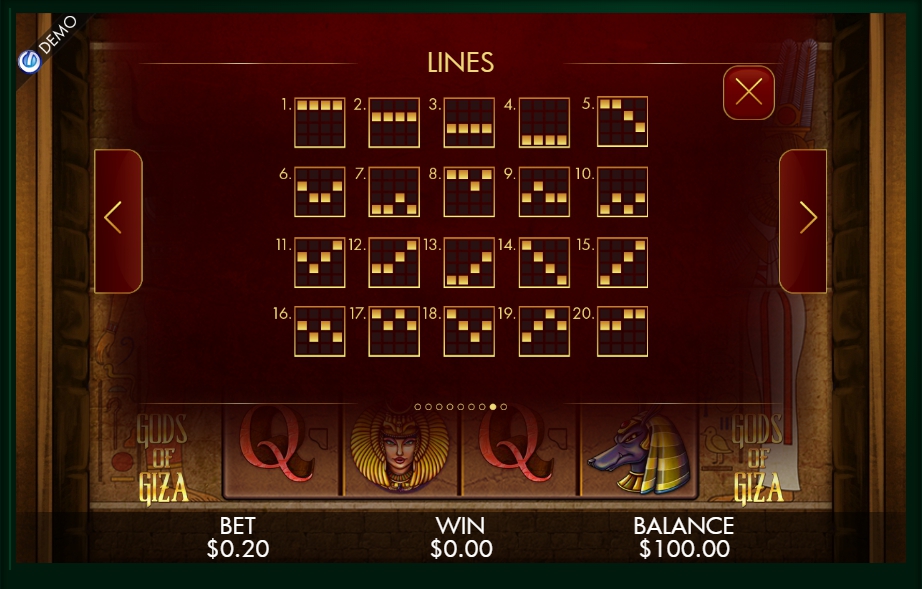 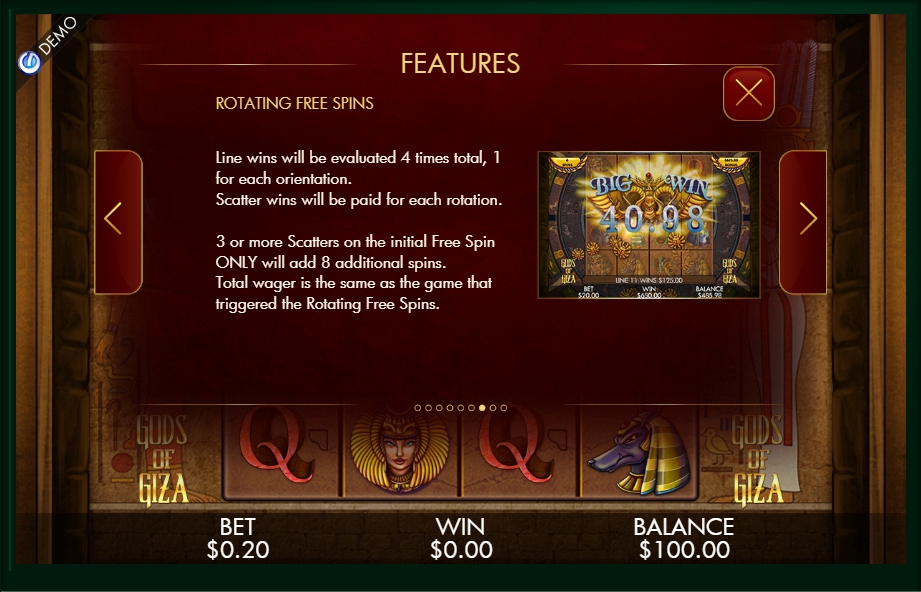 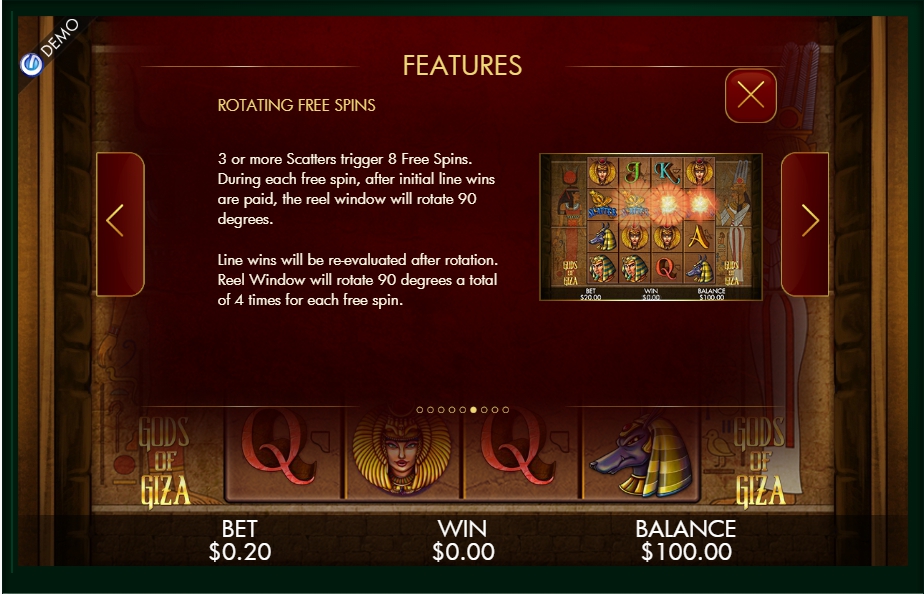 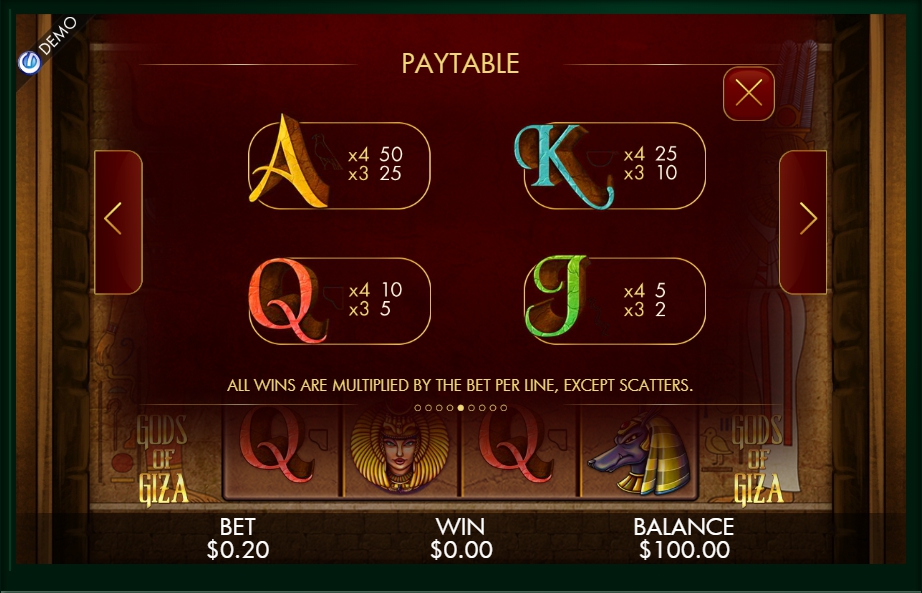 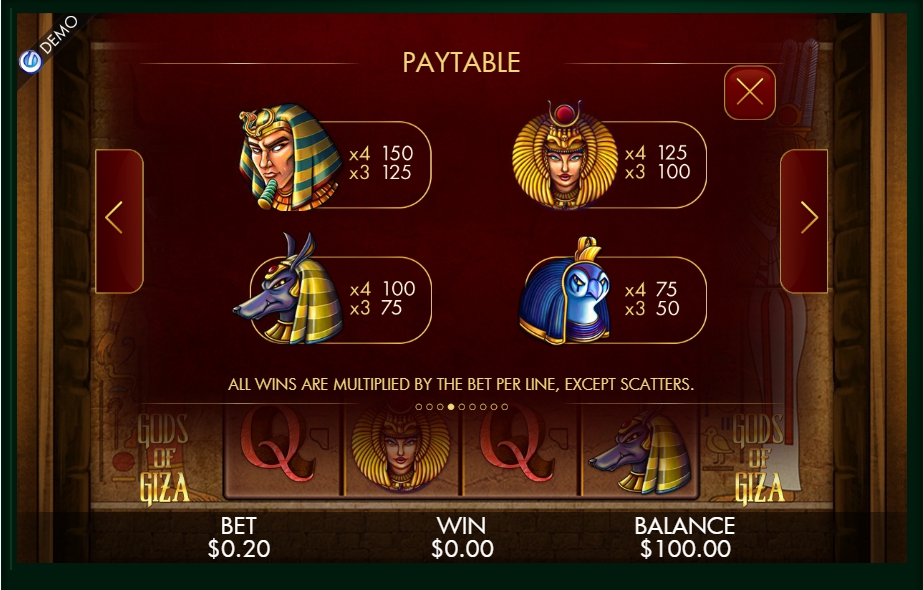 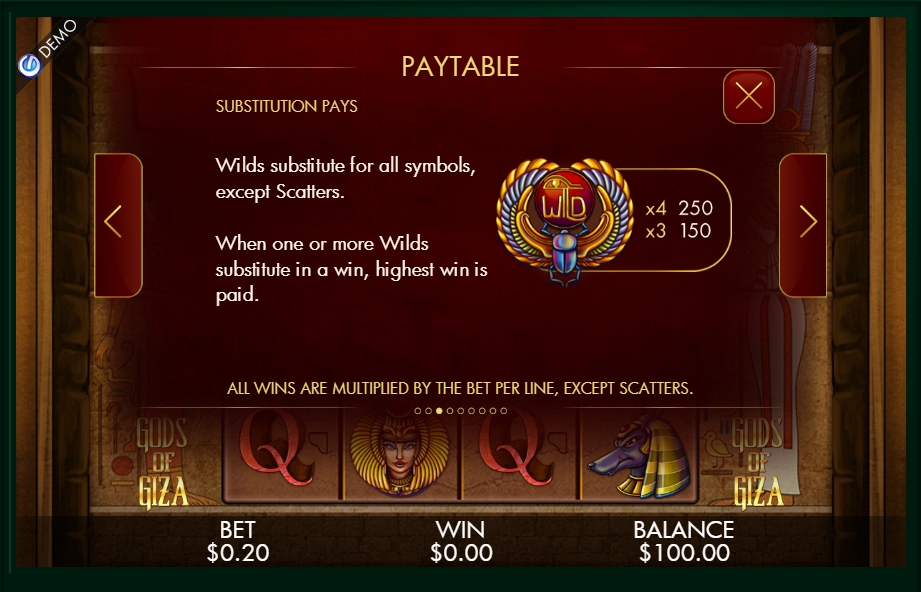 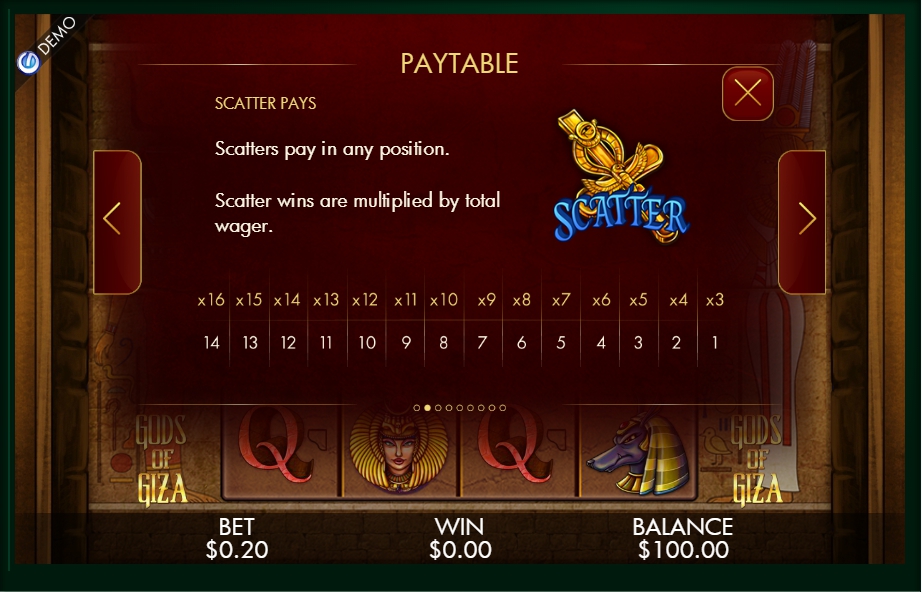 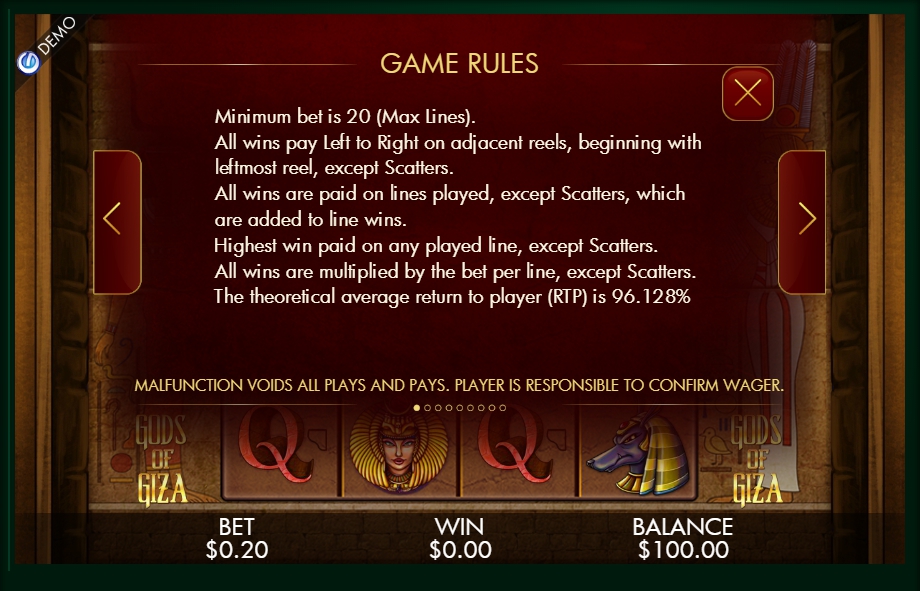 The Egyptian theme is the basis of many fascinating slot machines, as it is able to offer unforgettable stories and a varied plot. That’s why among the huge assortment of gambling so often there are video slots with the Egyptian theme. The proof of the fact that it is really considered so much in demand is the popularity of the slot machine Gods of Giza.

Here the user is to descend into one of the tombs of the pharaoh, in order to find the treasures buried there. But this will not be so easy, because the user is waiting for a lot of difficult tasks, as well as meeting with the dead priestesses and their talismans. If a player can safely pass all the tests, then he can count on the biggest reward.

The plot unfolds against the backdrop of a lighted tomb, the walls of which are painted with various symbols and Egyptian hieroglyphs. Also, it is necessary to note the use of animations with which the gameplay on the machine can be called more realistic and interesting. The main feature of the slot is its musical accompaniment, which gives the game a mystery and emphasizes every action.

To begin with, the user is advised to familiarize himself with all his theoretical features and then only to proceed to practical actions. That’s why, first of all, the player should study the information section, which is opened by pressing the I button. In this tab there is a table with potential payments.

The bet is adjusted with the use of the BET button and the player should know: the larger it is, the greater the user’s winning for the combination formed. Using the SPIN button, it is possible to manually start the reels, but if the player wants to play the game in automatic mode, he needs to use the AUTOSPIN button and pre-select the desired number of continuous rotations.

The main distinguishing feature of the machine is that it uses not five rotating drums, but 4, but the number of possibilities for creating combinations does not decrease in any way. Also in the slot is involved a scatter, payment for the appearance of which is made in the case when it opens on the playing field in the amount of 3-16 pieces. All this guarantees the user a more fun and diverse gameplay.

So, to open a prize round the user needs to open at least three scatterers on the playing field, for which he will receive 8 free spins (for which the player will not have to make bets, because this will be done automatically). In the course of their execution the player can count on drawing up of winning combinations.