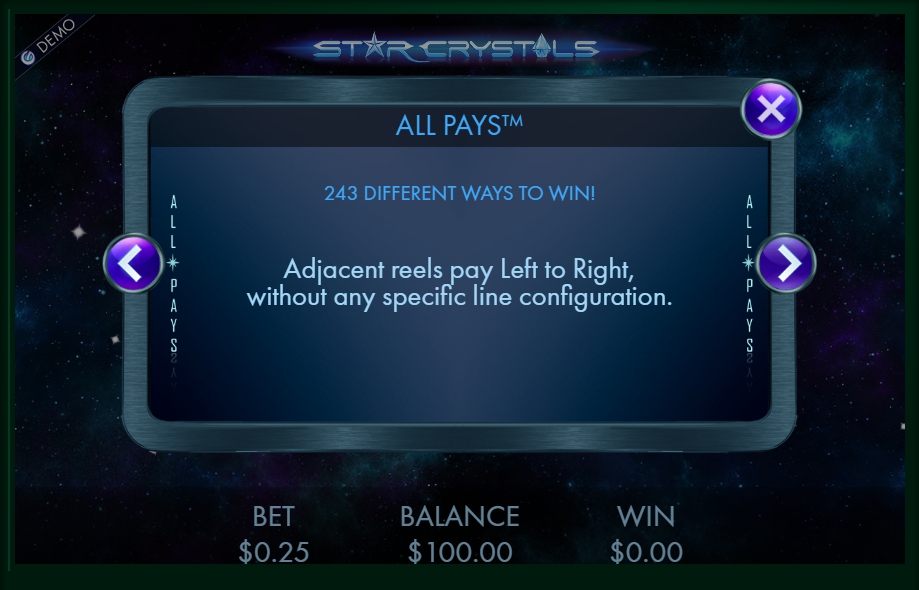 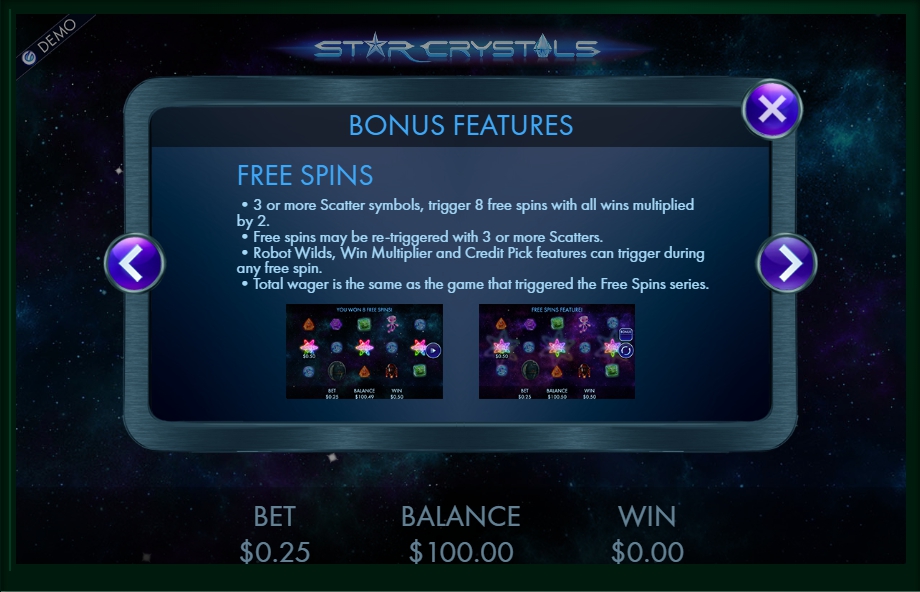 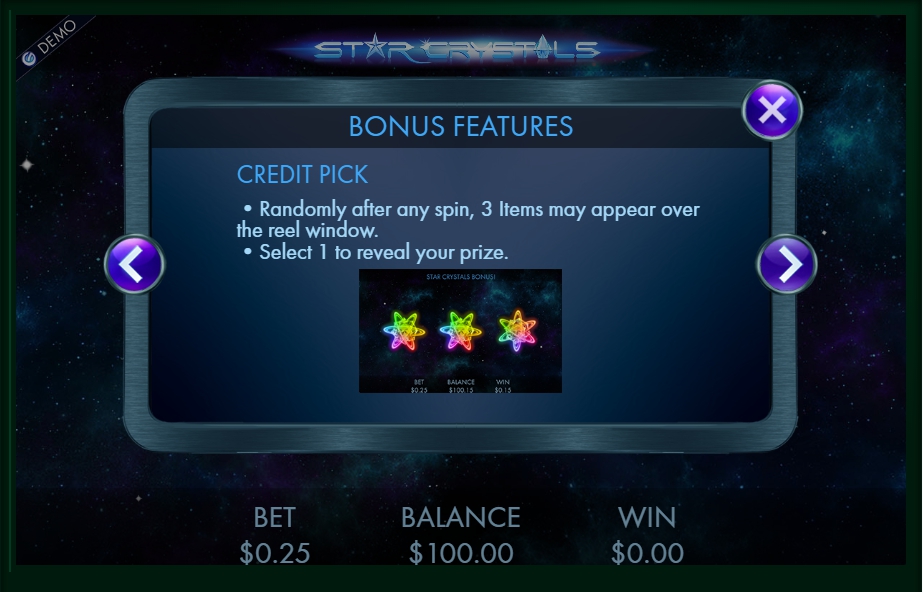 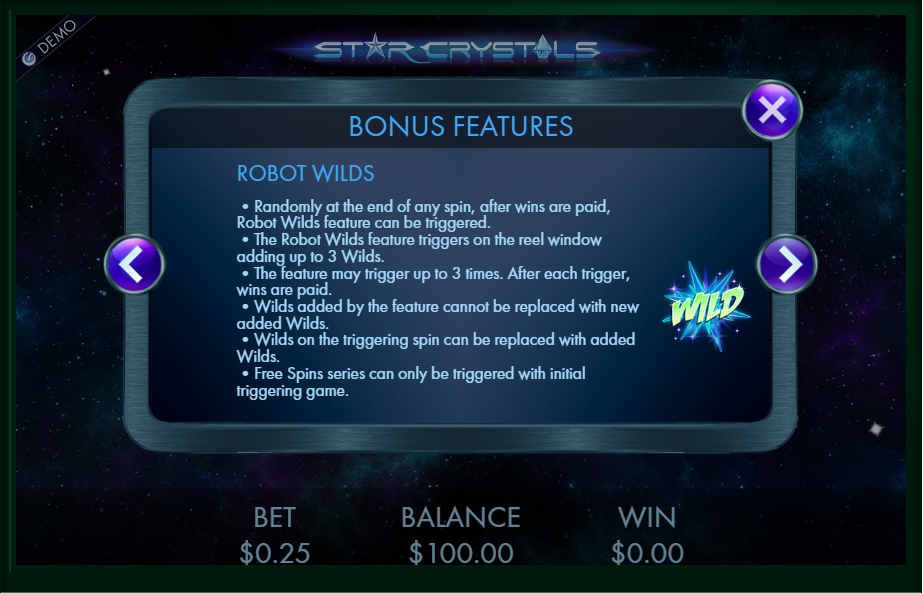 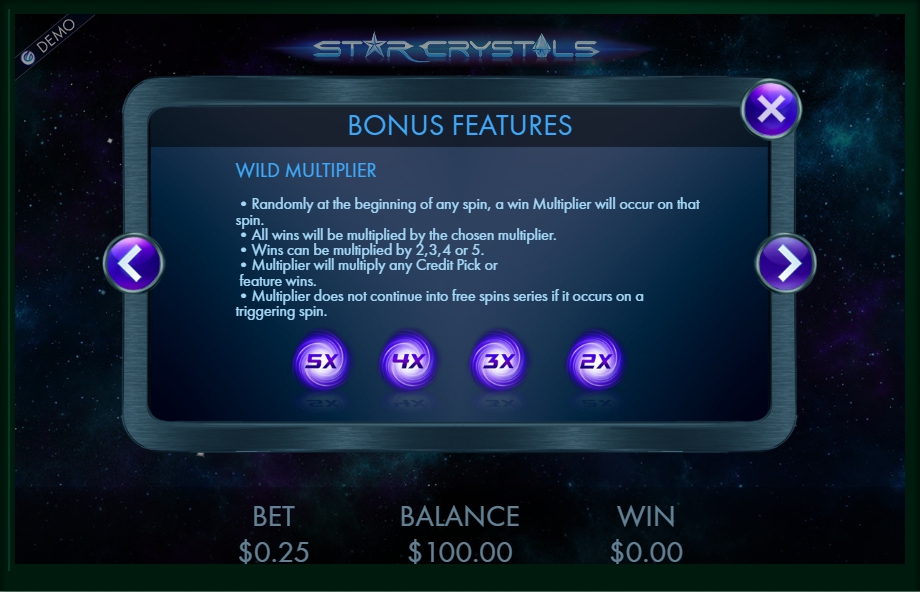 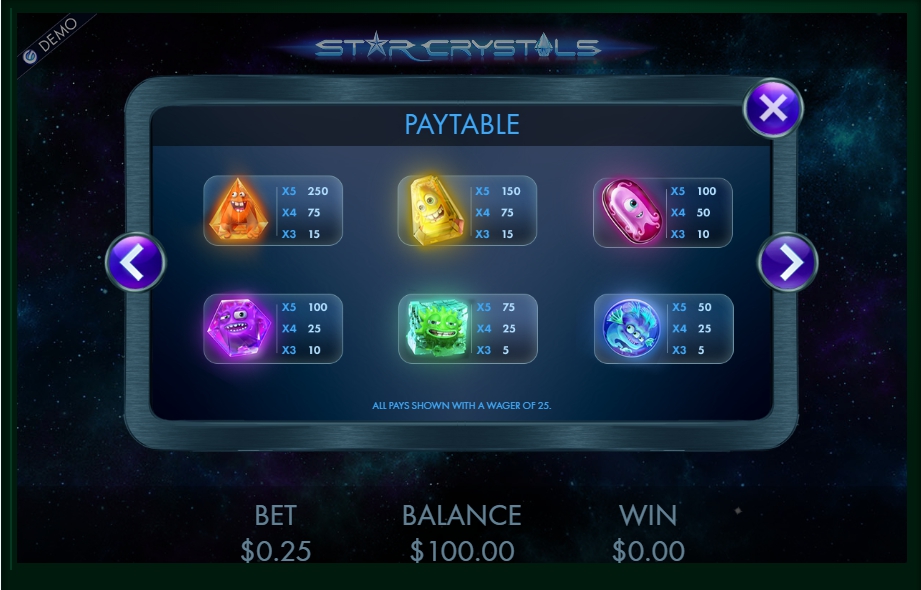 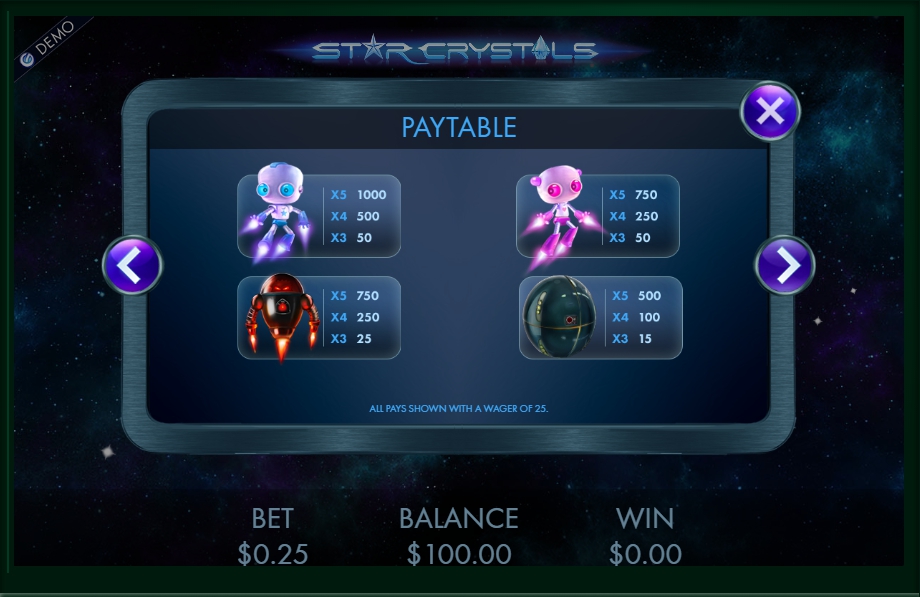 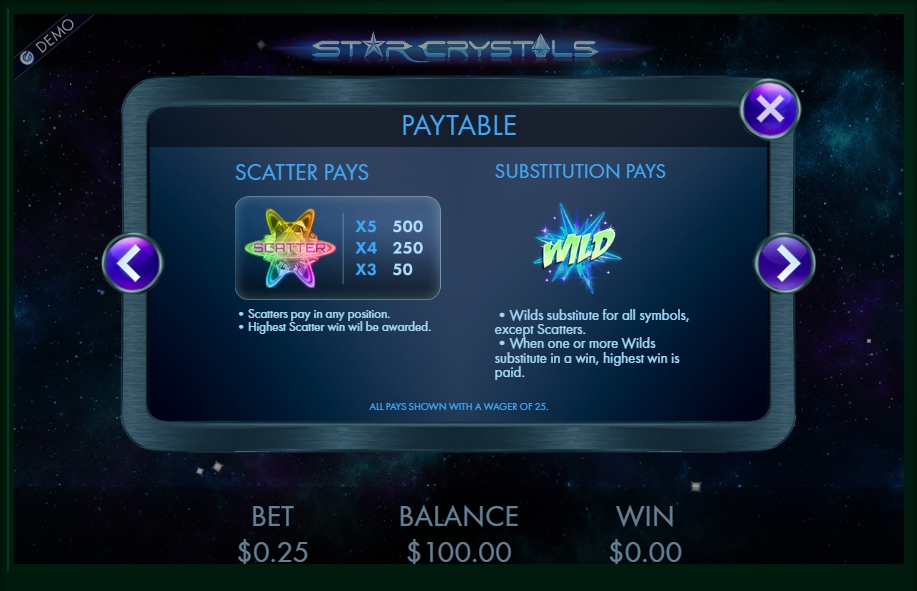 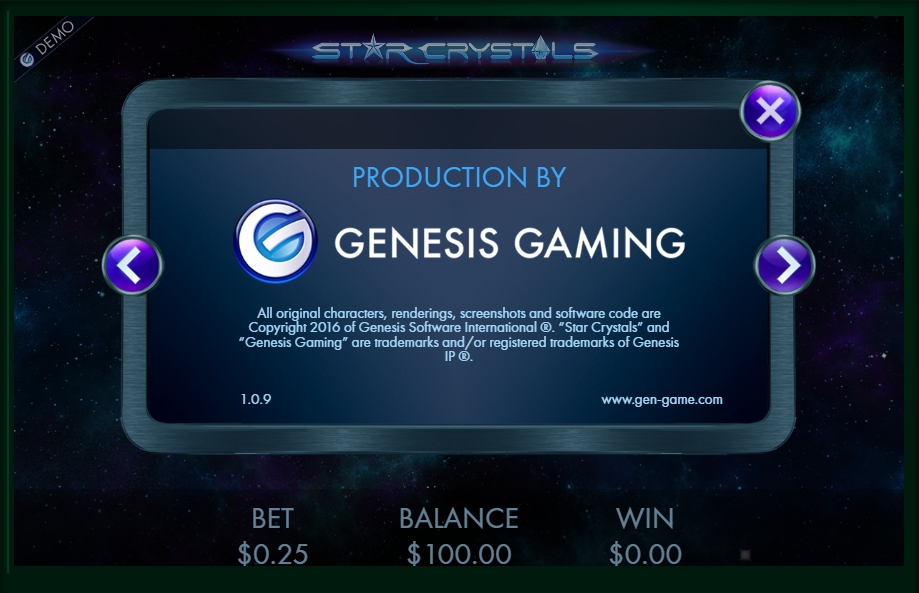 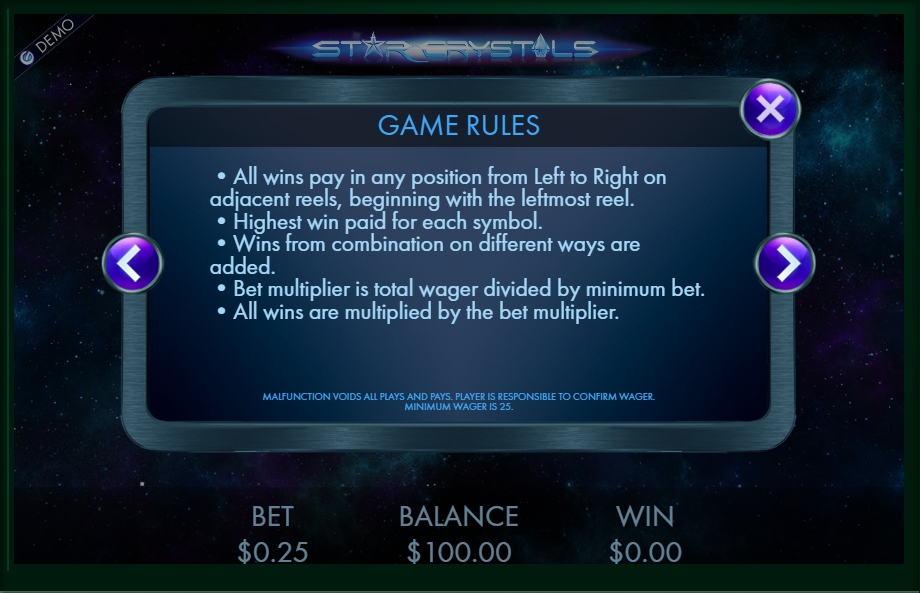 A very popular company-manufacturer Genesis is constantly delighting users with various novelties in the world of online gambling. This time the company released a fantastic videoslot Star Crystals, which will amaze players both with its appearance and functional set. The offered slot machine is created completely in the theme devoted to space battles. The story of the game is based on the story of how living on one of the distant planets creatures are trying to protect crystals from fans of excitement.

Due to stylistics, the users form the most important first impressions, on which depends the further decision to play again this slot or not. The Star Crystals gaming machine is created using amazing graphics, superb soundtrack and incredibly exciting animation effects. Players will meet 5 game drums. A colorful gaming field is made up of 15 virtual cells, only there is no division into cells or drums in the video slot, which is even more attractive.

The panel containing information about the balance, current bets and the latest winnings is fixed at the bottom of the game window. Users can manage the game at the expense of several buttons, on the main game window there are only two buttons, right and left. One of them is the menu, and therefore opens up a few additional functions for the players.

Before the game users should read the information section, and after familiarizing the players with the button BET set the bet size. Also, in the game the function of turning the sound on and off with the SOUND OFF / ON button is provided. Active lines, as in typical slot machines, are not offered here, subsequently users will play on all 243 combinations, which is even more profitable for gamers.

The Scatter image in the online-game will offer guests a free mode, consisting of 8 free spins with double payout ratios. In the game, at the beginning of each spin, it is possible to activate additional factors from x2 to x5. The Robot Wilds function will sometimes offer users, at the end of the rotation of the reels, up to three additional wild symbols that will participate in the formation of sequences.

The function of Credit Pick can also be available to users after the end of the rotation. Players will be offered on the main gaming field three space stars, each of which will hide an additional payout ratio, you only need to select one.