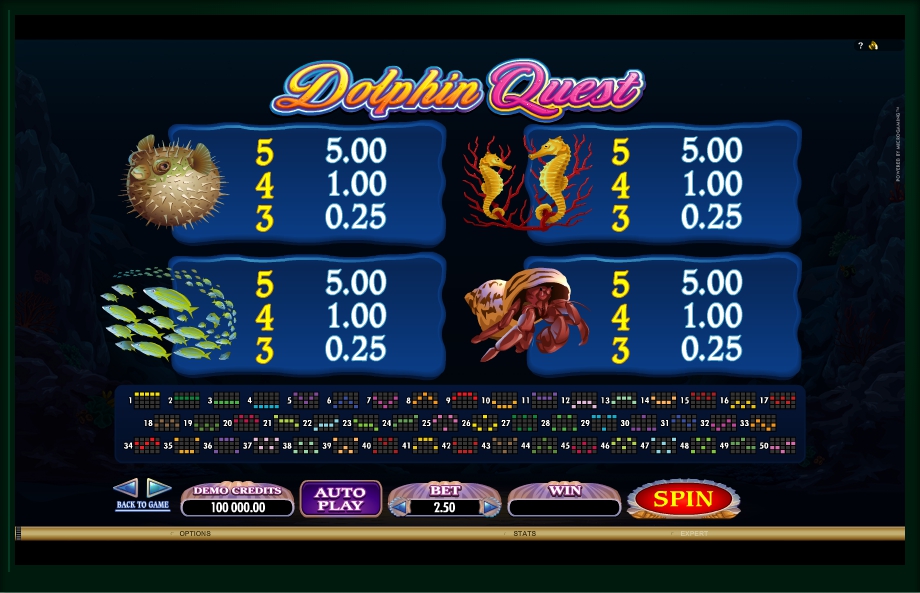 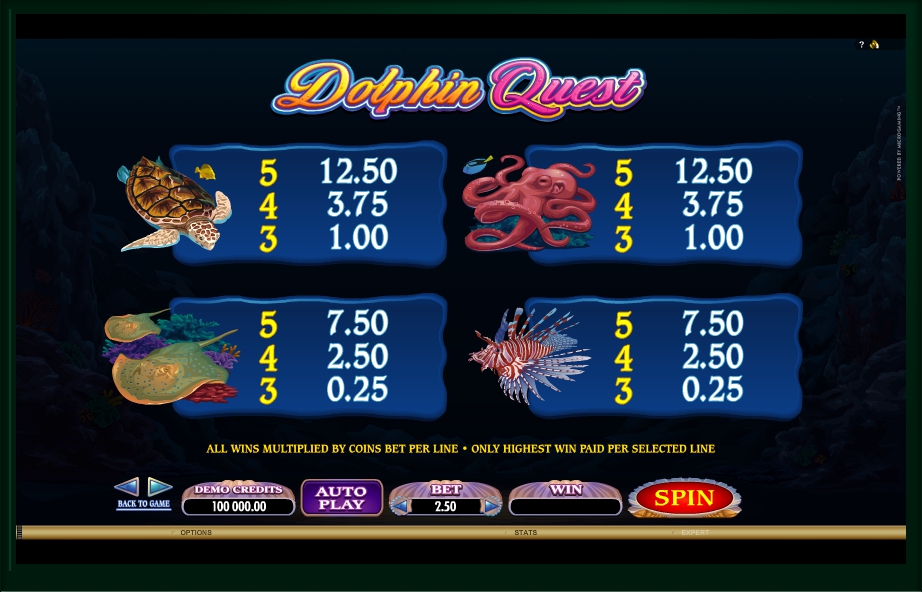 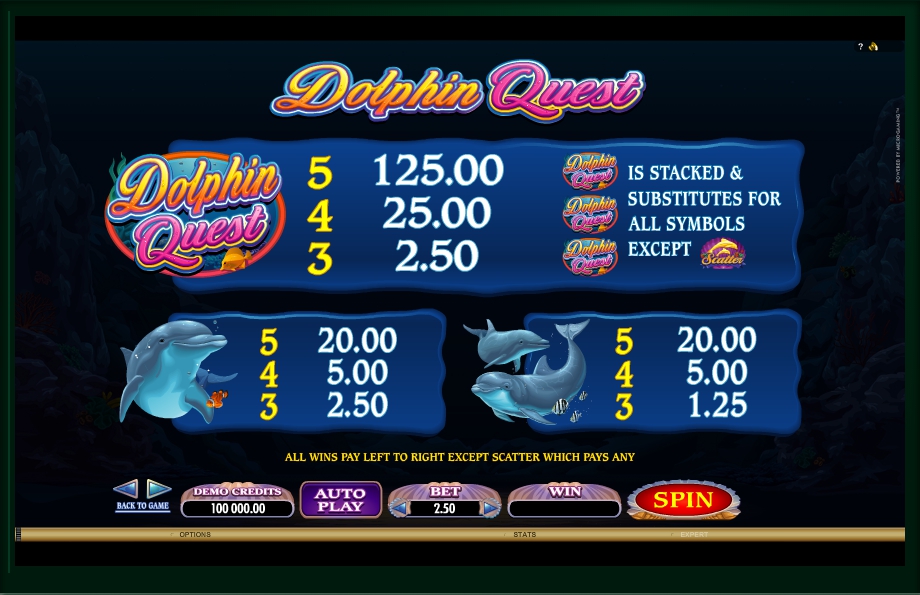 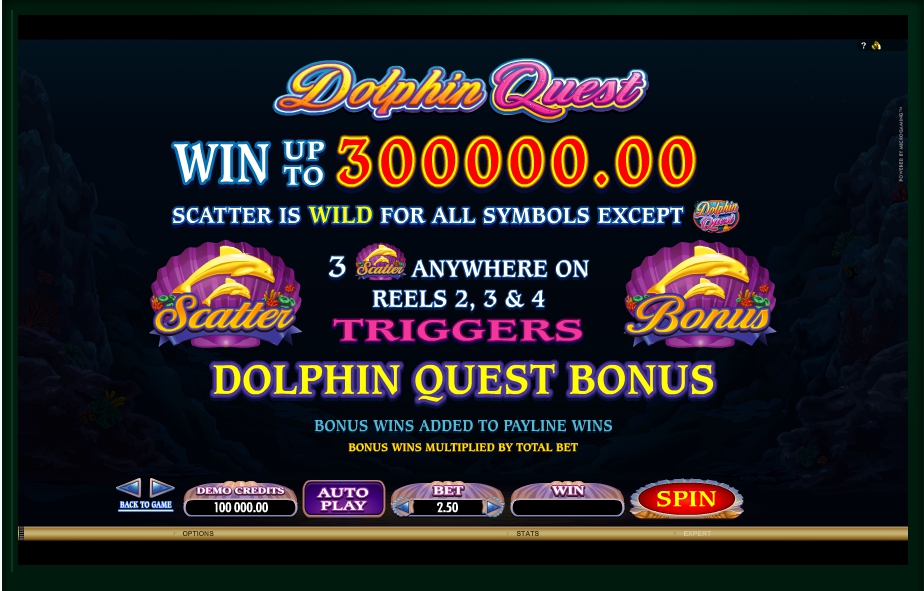 The marine beauty has already proved itself as the best way to calm your nerves and forget about the outside world’s problems. Its mysterious azure and the secrets that are hidden underwater make the sea so attractive to humanity all over the globe – it’s a real big blue anti-stress pill. Everyone would agree that not every sea suits for nerve-calming: warm clear water with the diversity of colorful fish and graceful corals is much more effective than the cold harsh icy one.

The Dolphin Quest slot game may become your personal calming hobby, as it’s not only beautiful and picturesque, but also moneymaking and captivating. The theme of the sea beauty can’t be called a rare thing; however, the Dolphin Quest makes you review your opinion about this slot genre thanks to the fantastic graphics and smooth music. And don’t forget about the payments: here you can easily win your primary bet multiplied tenfold! The gambling’s unique features make it really popular among the players, even the most experienced ones.

Gameplay and Prizes
Earning money was never so calming!

The Microgaming software made a great job – again – and helped thousands of players to stuff their wallets (not only with the pictures from the vacations). The Dolphin Quest can bring you some real money – and in a really interesting way.

As usual, you start the game with choosing the price of each coin, the amount of coins per pay line and active pay lines for the spin (coin size delimits from 0.01$ to 0.5$, you are able to place up to 5 coins per every pay line out of 50 of them). They can easily be personalized with the game settings below the gaming field.

There you may also see the “AUTO PLAY” and “SPIN” buttons, which perform their ordinary duties in this online slot. Players, who already tried this online casino gambling, distinguish its amazing graphics which actually may be called a real sea treasure – and one of the best parts of the Dolphin Quest slot. Abnormally realistic hermit crabs, cramp-fishes, sea horses, octopie and even dangerous red lionfishes meet you with the fantastic color palette and deep friendliness.

They are here to help you hunt up all the gold chests of the sea bottom, and with such assistance you shouldn’t be afraid of anything! Well, maybe, except for the sharks.

Features and Bonuses
Summer vacations with the Dolphin Quest will become the brightest ones!

Besides ordinary symbols, there are some special ones in this slot. For example, the Wild symbol in here is, actually, the slot’s name typed in italics font. It acts like an ordinary Wild symbol, replacing the missing icons of the combinations, allowing you grab even more coins than usual! They also have a nice addition, which is the Jackpot winning, as soon as there’s a 5-symbols combination on a game board. The Scatter symbol, which name may also be familiar to you, is the ‘Golden dolphin”.

It enables you to play bonus rounds in the Dolphin Quest online gambling, where you can win up to 150.000 coins in no time! If talking about the payouts, they are quite different in the main game and bonus rounds. While spinning the reels, you can take a jackpotof 12.500 coins, which is quite enough, but not even nearly as pleasurable as 150.000 coins of the mini-game! Satisfied players leave delightful comments, talking about the unbelievably high chances to grab money from the Dolphin Quest barely from the… water!

A flock of fish