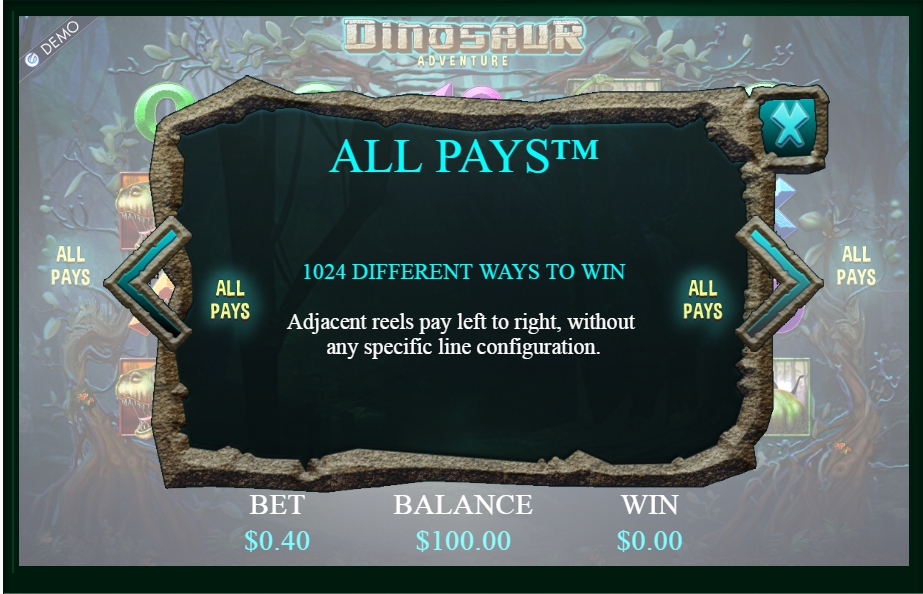 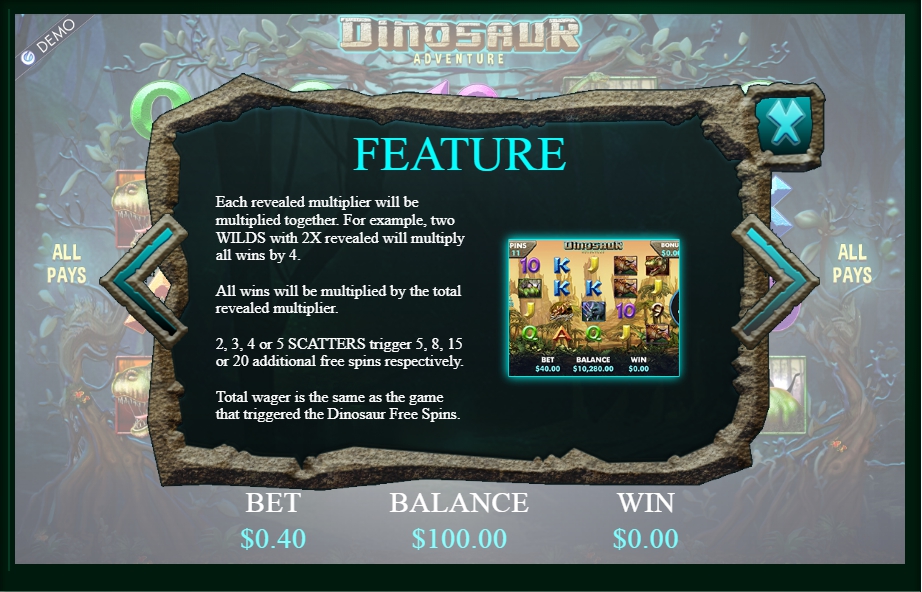 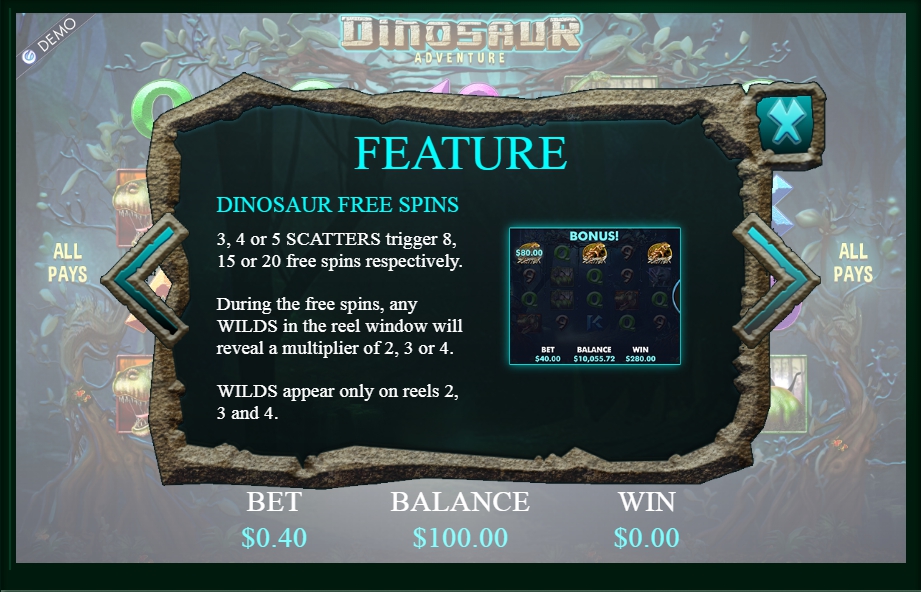 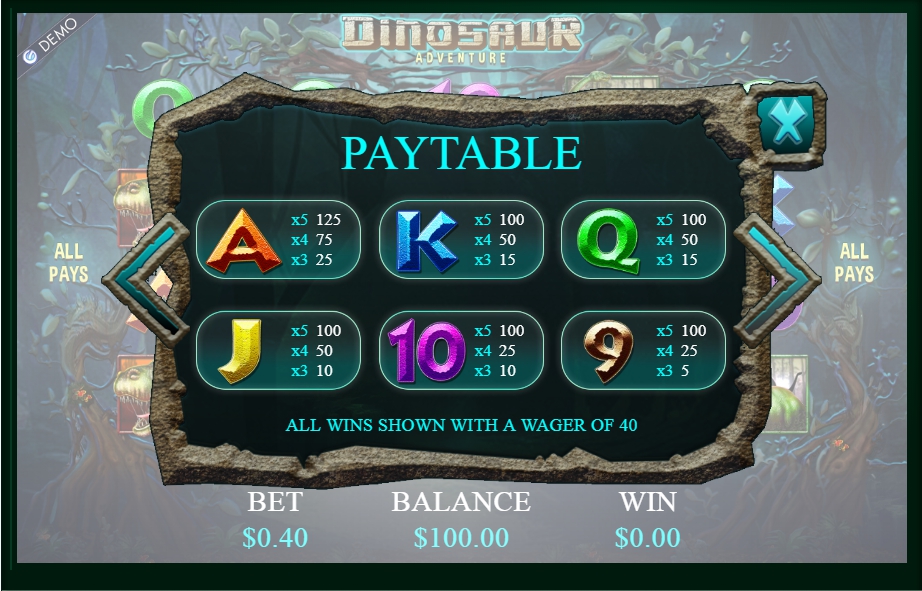 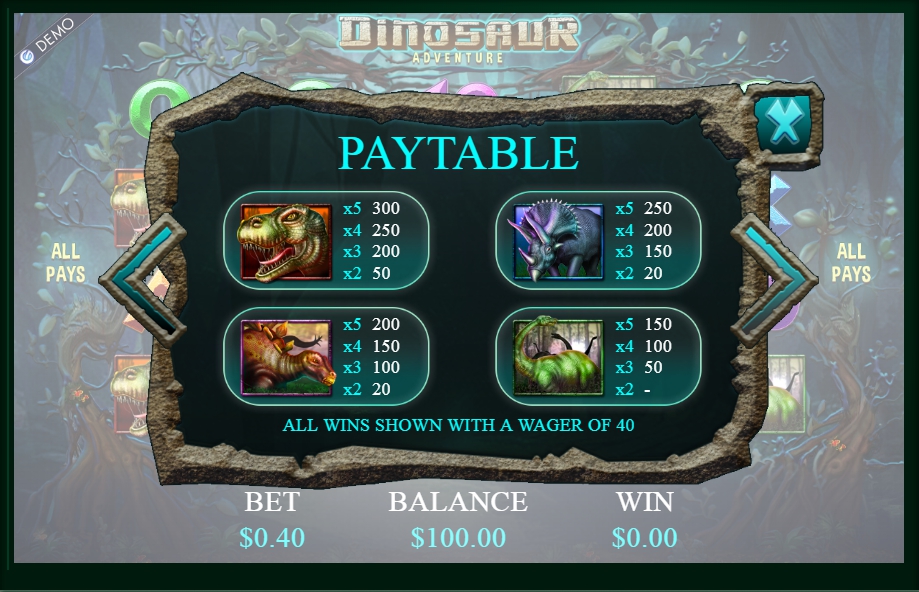 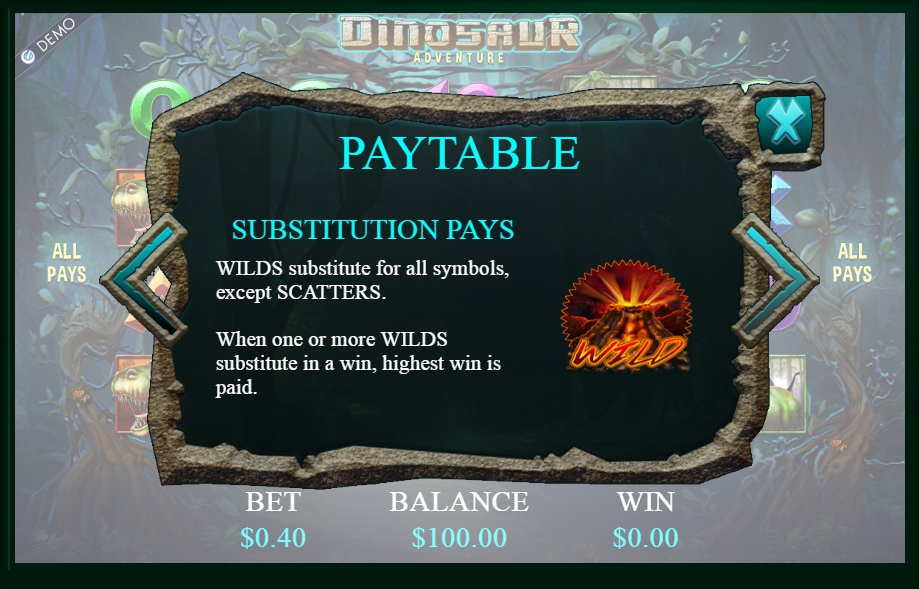 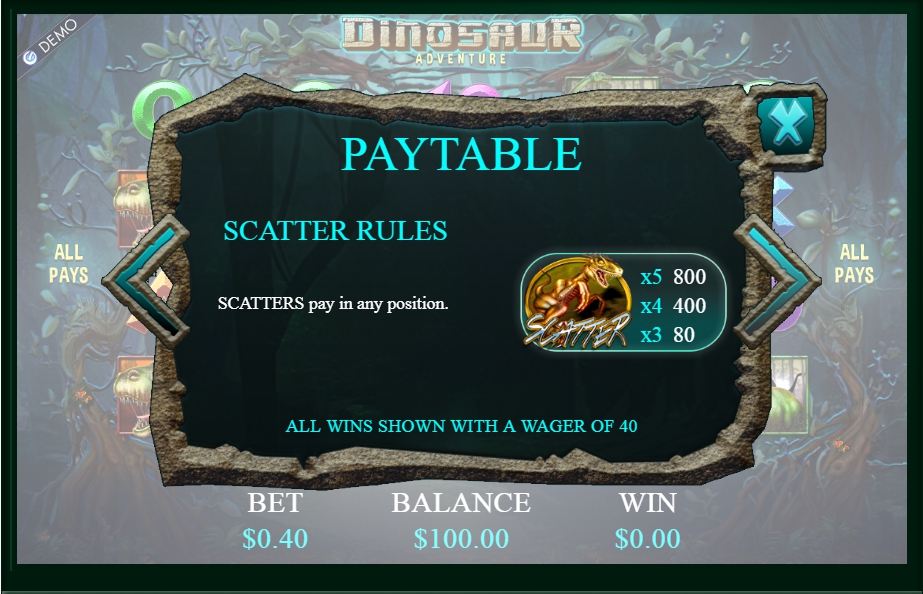 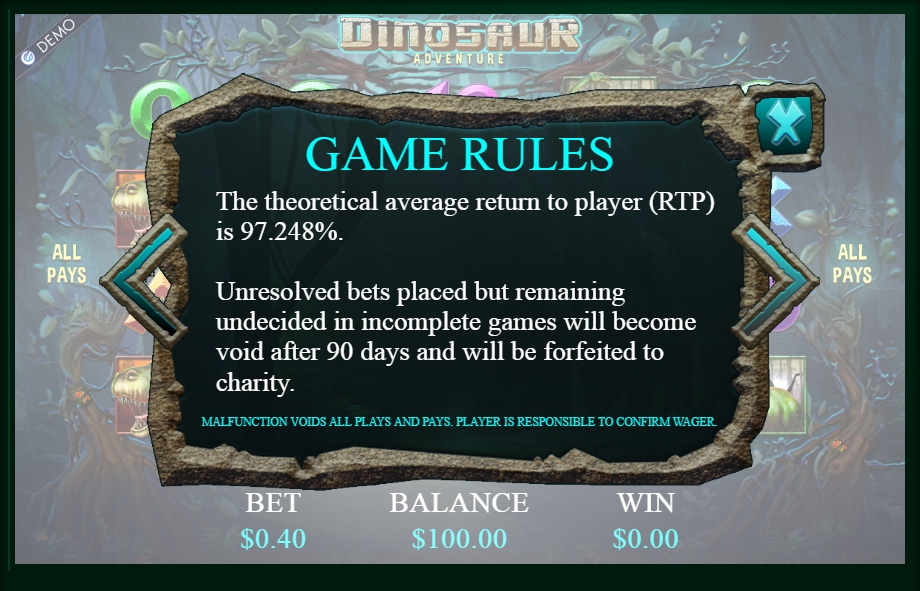 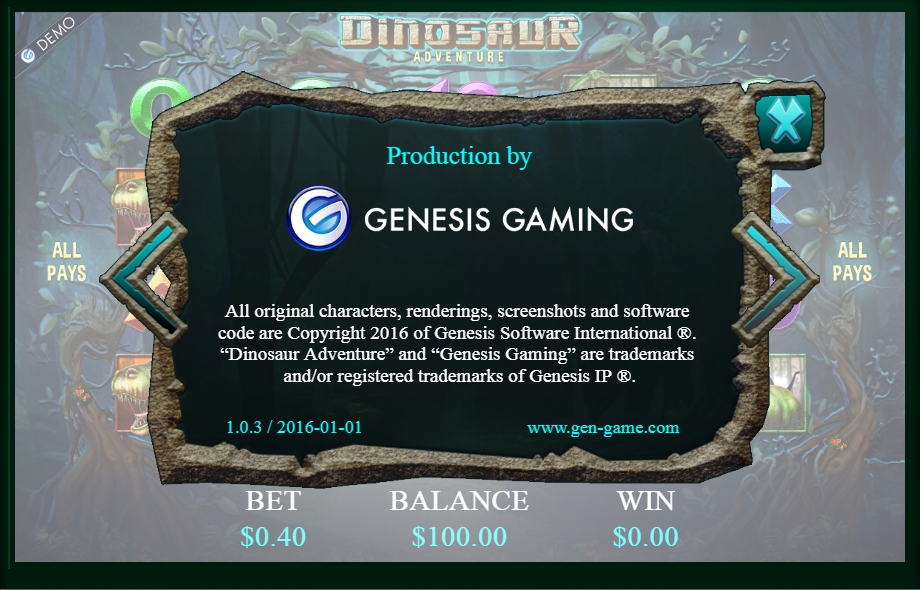 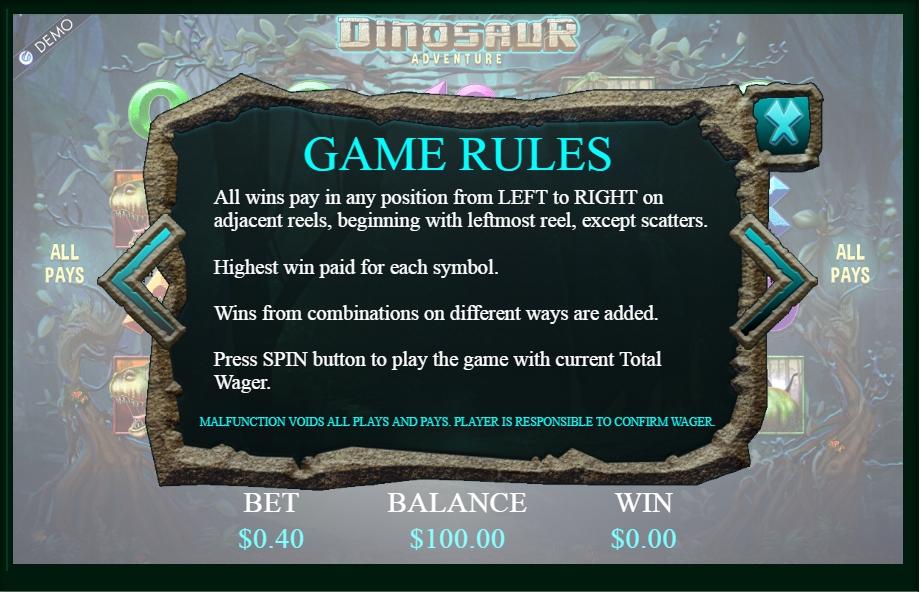 Do you have an enthusiasm for stories about dinosaurs? Many of us find it hard to believe that once on the place of current megacities had lived dinosaurs of incredible size. The era of dinosaurs is a historical period that evokes a special interest, both of scientists and ordinary inhabitants of the planet. It costs specialists incredible efforts to collect information about the life of huge reptiles, because it was stored deep underground and from the witnesses of those events there were only bones.

Then they were transferred to museums, where they became the most popular exhibits. The theme of the ancient inhabited by dinosaurs world attracted cinematographers. Now, the developers of slot machines became interested in this story. One of such is the Dinosaur Adventure from Genesis Gaming.

Whoever these wonderful animals cause fears to can leave all their bad thoughts behind, because here they are very friendly and will not try to eat you; but on the contrary will bring huge benefits in the form of a prize. Dive completely into the past and feel its atmosphere helps graphic design in tandem with sound. The background is a prehistoric landscape.

Despite the dark colors, the chosen color scheme causes only positive emotions. Managing the slot machine is quite simple. Even a newcomer to the world of gambling will be able to sort out its functions in a short time. At your disposal will be 5 reels and 1024 lines on which payments are made.

The user only needs to determine the size of the bet and can do this with the help of -/ +, under the inscription bet. In order to start earning real money, you need to click on the round arrow or use the autoplay function.

This fantastic online-game comes with a wild symbol, scatter, and the Dinosaur Free Spins feature. The 1st one in the game is an erupting volcano. The wild can substitute all images except for the scatter. If the symbol forms more than one combination, the user will be paid out for the highest one. However, this image cannot make its own winning combos.