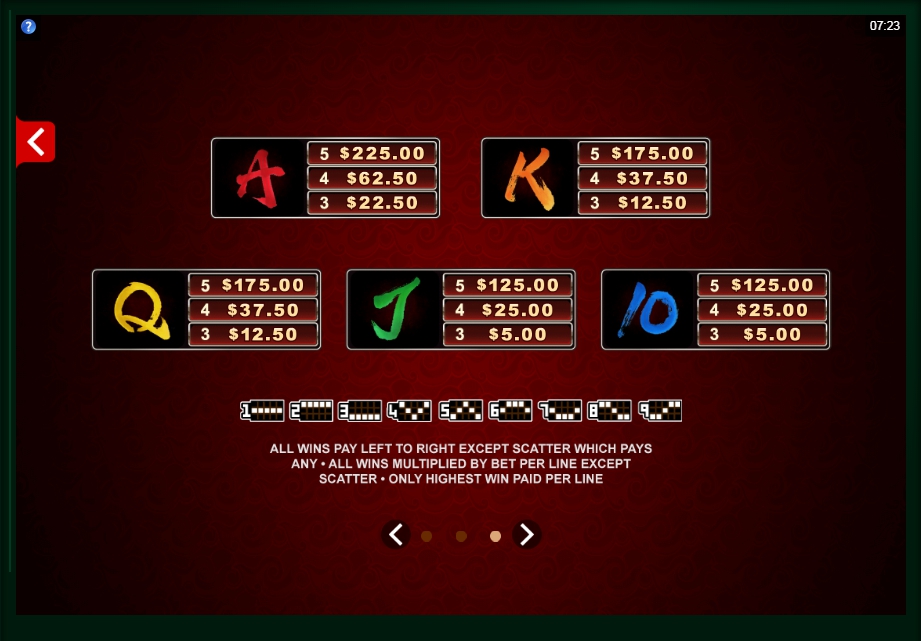 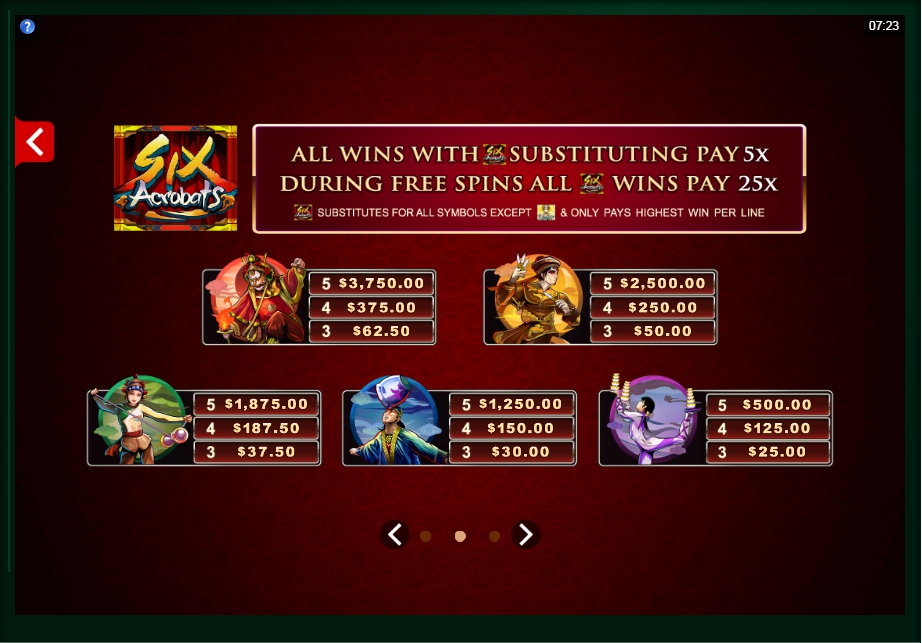 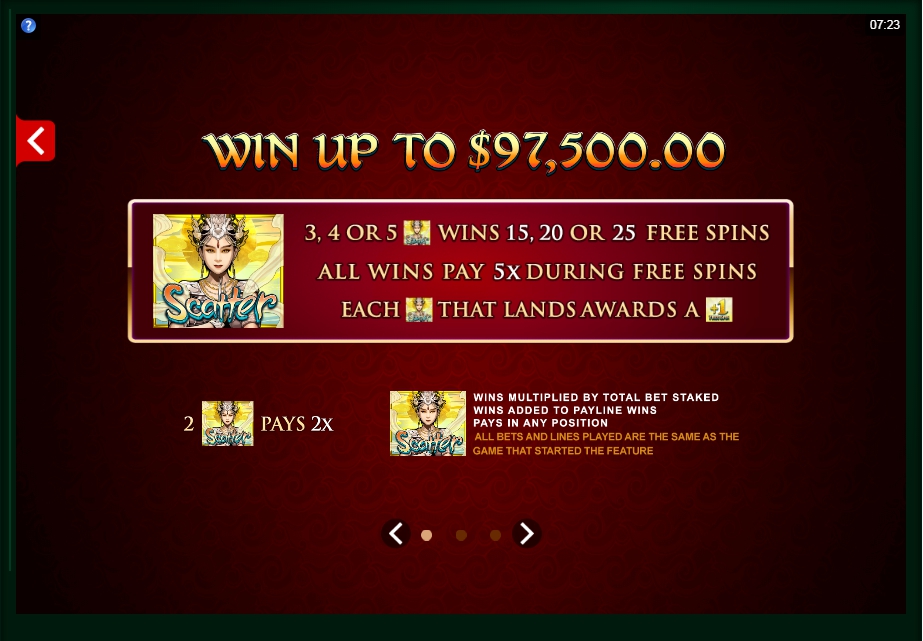 The Six Acrobats slot from the Microgaming group, is devoted to a sacrament of the Chinese acrobatic theater, Gymnasts from the Celestial Empire are known all around the world for the improbable grace and skill. For all the admirers of the Chinese acrobat’s art, the Microgaming has released a bright and generous slot. It isn’t connected to the system of the progressive jackpots, but suggests to win over 90 000 coins. And it is a prize which is undoubtedly worth paying attention to!

The main things of the Six Acrobats slot are the Wild symbol that is capable to increase prizes five times and Free Spins with super-profitable multiplying! The Six Acrobats slot is issued on FLASH, JS and HTML5, and is available on any device: personal computer, tablet, smartphone.

The slot has 5 reels with 3 pictures on each, 15 symbols are located on the game field. It is offered to play Six Acrobats on 9 active lines. It is possible to bet on each of them in the amount from 0,09 to 22,5 coins. The basic icons are devoted to the Chinese circus. A wild symbol, a scatter, and the Free Spins function with the increased payments are involved in the Six Acrobats slot. Combinations of at least 3 identical icons on any of active lines from left to right starting from the first reel are considered as winning.

The payment pays off by the multiplication of a rate, on the line on the coefficient provided for the icon of this type in the table of payments. Coefficients vary in the range from 2 to 1500.

The coefficient of return in this slot is 96,5%, that is quite a good indicator. At the left, there is a side panel, that includes several sections, including the table of payments and a window of options.

In this online slot machine players will meet the fire-eater, the thrower of a knife balancing with the acrobat and other circus performers. Besides, the card symbols from 10 to A in the game field are involved. They bring small, but stable income.

In the slot of Six Acrobats there are two special symbols:

Wild symbol (Wild) – an icon with the image of the logo of the game. Wild itself isn’t paid, but has an ability to replace other pictures, except scatter for drawing up the advantageous chains. When it occurs, coefficients of the payments increase in 5 times (during the free spin in 25!)

The Scatter – is presented in the form of the image of the Gold Queen of Guanyin, the goddess of mercy and compassion in the Chinese Buddhism. Two Scatters bring payment in the sum of two general bets. If there are 3 and more scatters, the free spins session starts. 3 icons give 15 bonus rounds, 4 – 20, and for 5 – 25!

It is pleasant to play Six Acrobats, first of all, because of the frequent free spins sessions during which, it is possible to receive an impressive win. And there are more surprises to come. During the action of a bonus round each scatter that is falling out on a game field adds one more free rotation.

All scorings are automatically multiplied by the coefficient x5, and chains with an involvement of the wild character are paid in x25 size. In this generous bonus round each patient hazardous player has a chance to win 97 500 coins. This can make happy even the Las Vegas players!