So Much Candy Slot Machine

So Much Candy Slot Game Images 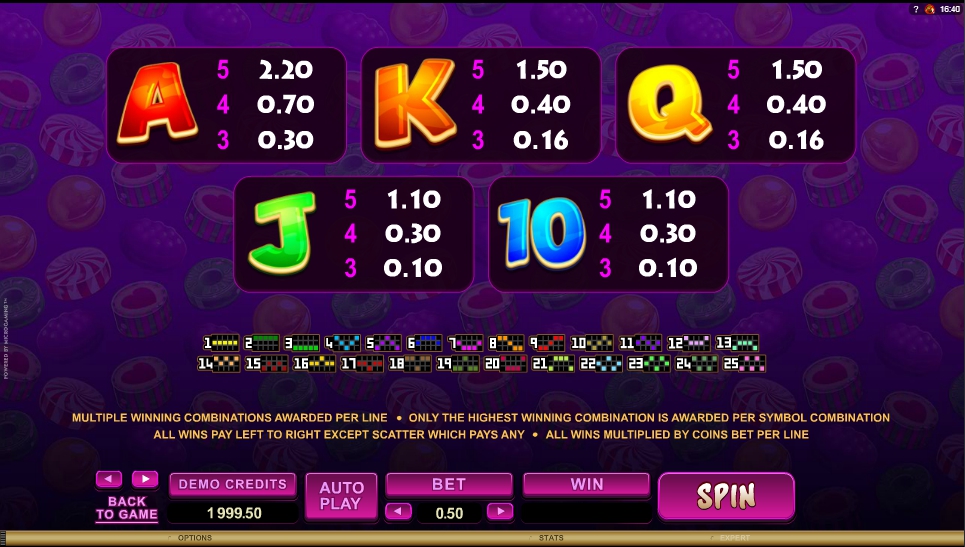 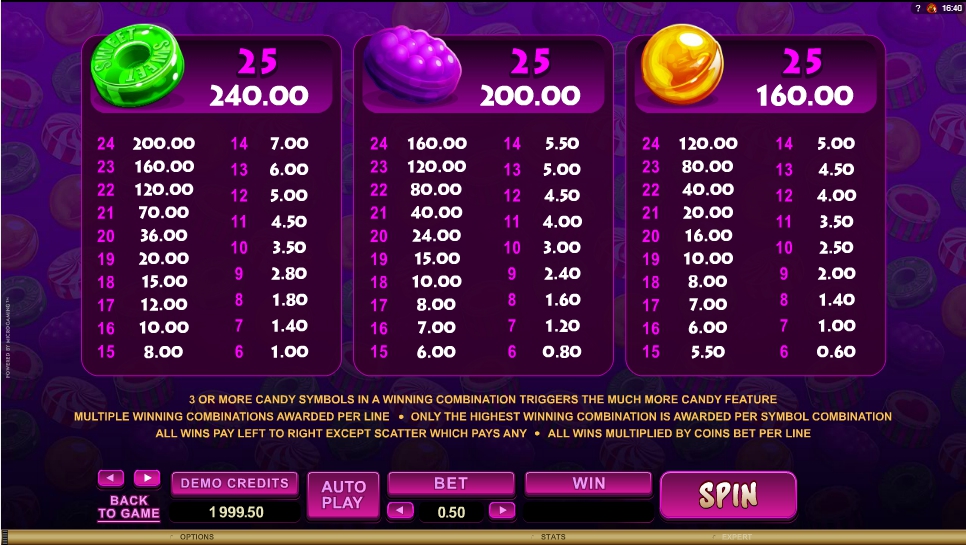 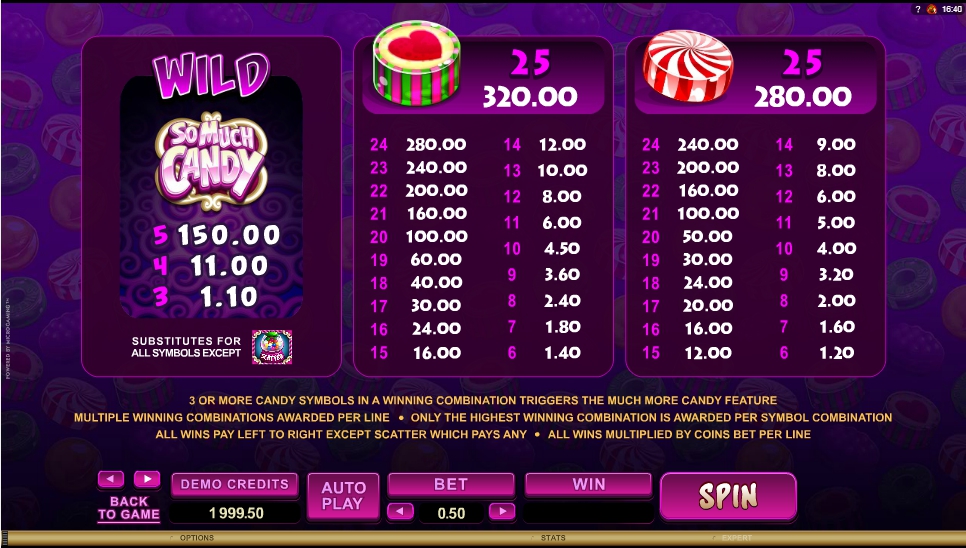 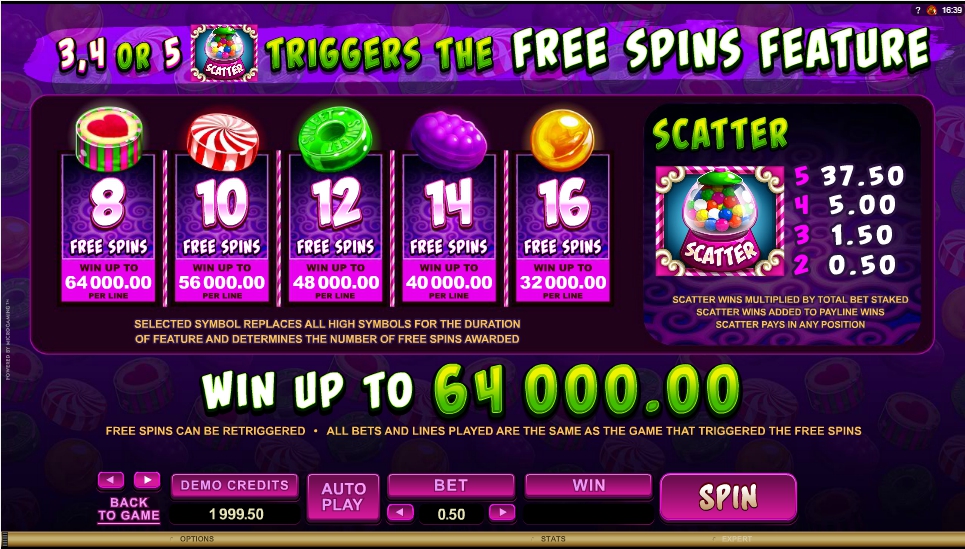 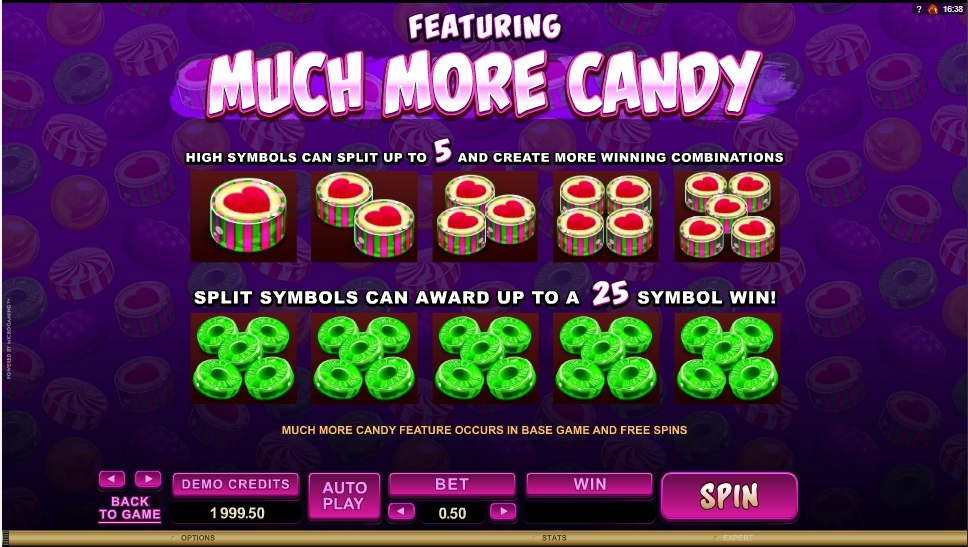 So Much Candy Slot Review

The So Much Candy slot that appeared in 2009 immediately fell to the liking of gamers. Today the gambling slot is presented in the assortment of games on the resource of our virtual gaming hall. Microgaming provided this slot machine with 5 reels and 25 lines. The structure of the slot is easy and the use of the theme of candies added some non-triviality to the game. The likelihood of receiving a payout of the So Many Candy gambling game emulator also will not disappoint.

In addition to the game without downloading, So Much Candy online slot can be tested in a risky game for money. To do this, you just need to make attachments for scrolling within 0.01 – 10.00. The slot machine will certainly help to get a prize.

Symbols of So Much Candy

Images of sweets are the most highly paid in this game. In addition, they can do a split falling out on a play line. For example, if there are three green candies, one of them can turn into five candies, and you will receive a reward for seven candies.

In the game guide that can be opened with the “View Payments” button, you can see what awards you get for each number. Thus, you will receive a prize for a min of 6 and a max of 24 “sweet” pictures. In the game, you will find such symbols: a lollipop with a heart, a red and a white candy, as well as a green, a purple and an orange one.

With such a rate, one loan will be put on one line. In order for the machine to count a combination, it must include at least three identical pictures that go continuously from the leftmost reel of the slot. If several lucky combinations fall on one active line, the most expensive one is counted. Also you receive all payments from all played lines.

Bonuses of So Much Candy

Wild and Scatter symbols will help to increase your win significantly. The first one has the opportunity of replacing missing symbols on the reels to create a more profitable combination. It is represented by the So Much Candy emblem and has such payments – 55, 550, 7500 (at the same general rate).

And the second one in the form of a jar of sweets is always taken into account, and gives such rewards – 25, 75, 250, 1875 credits. In addition, three, four or five of these jars start a bonus game in the form of a number of free spins.

The So Much Candy slot machine is a real find for the lovers of sweets. Additional settings for the gameplay, a lot of bonuses and frequent payments are the main advantages of this model. Its colorful interface and generous prizes will lift the mood and make you richer and happier! You have an opportunity to receive real money!

So Much Candy Slot Symbols

Sovereign of the Seven Seas