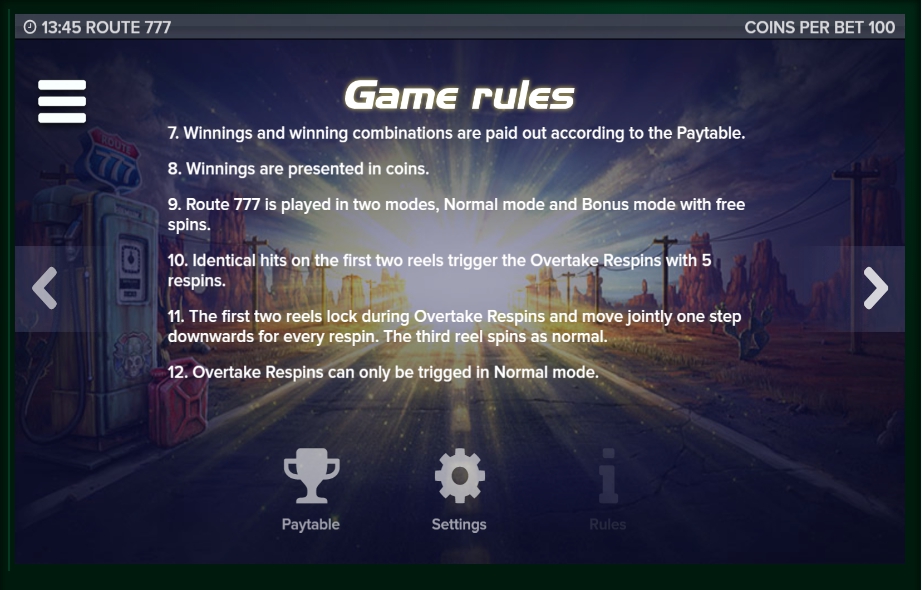 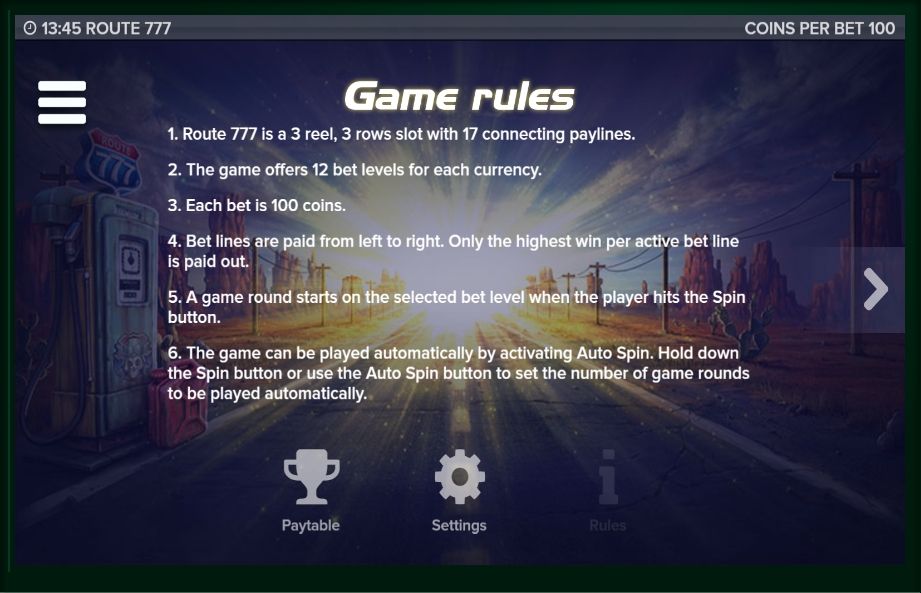 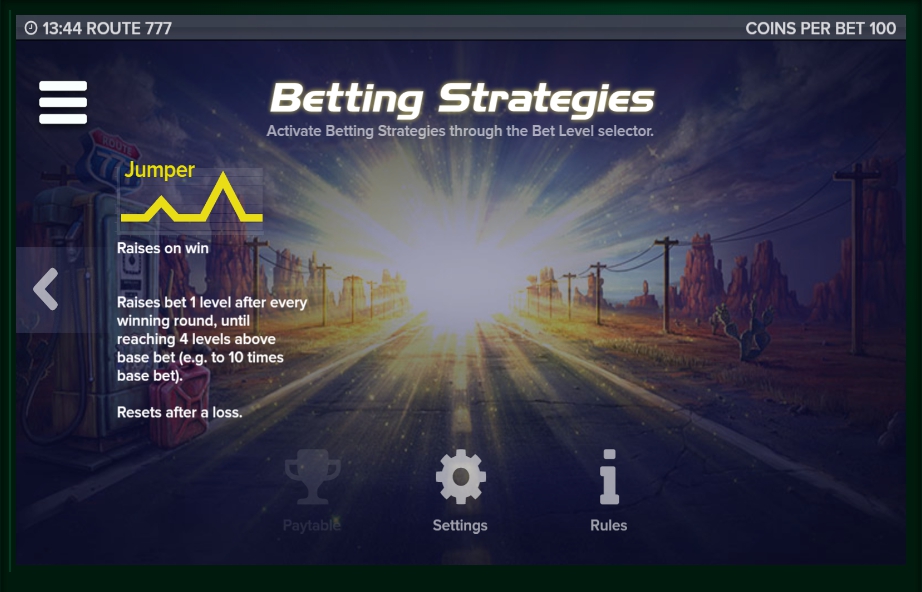 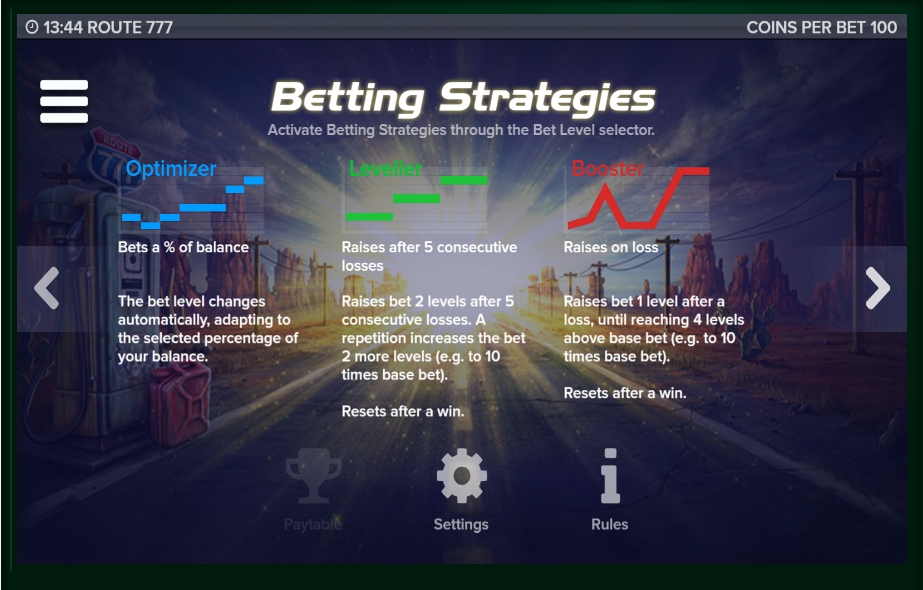 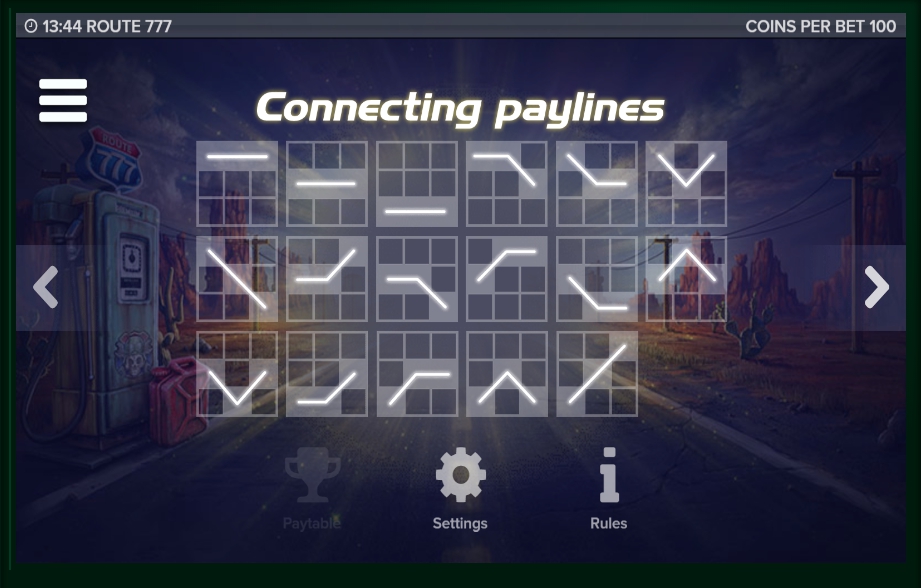 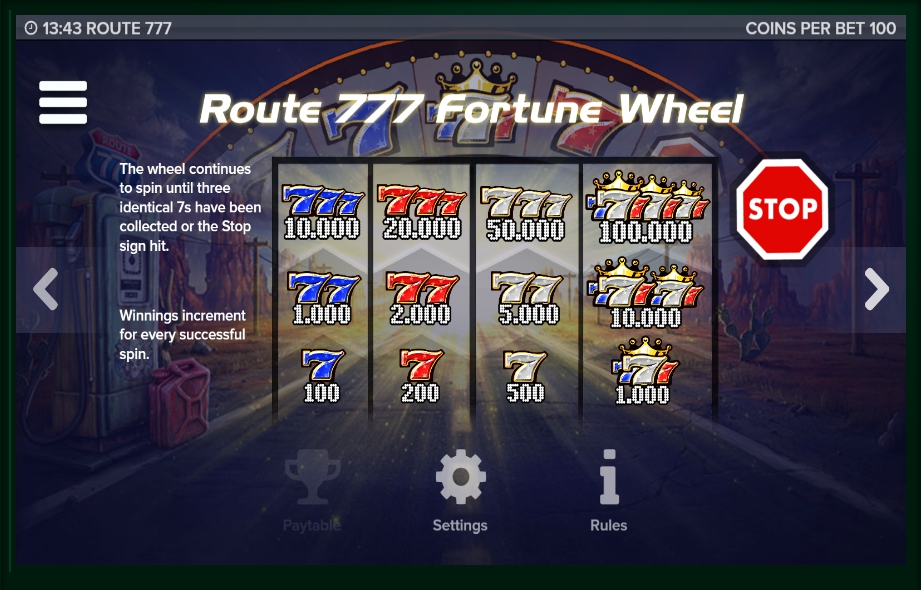 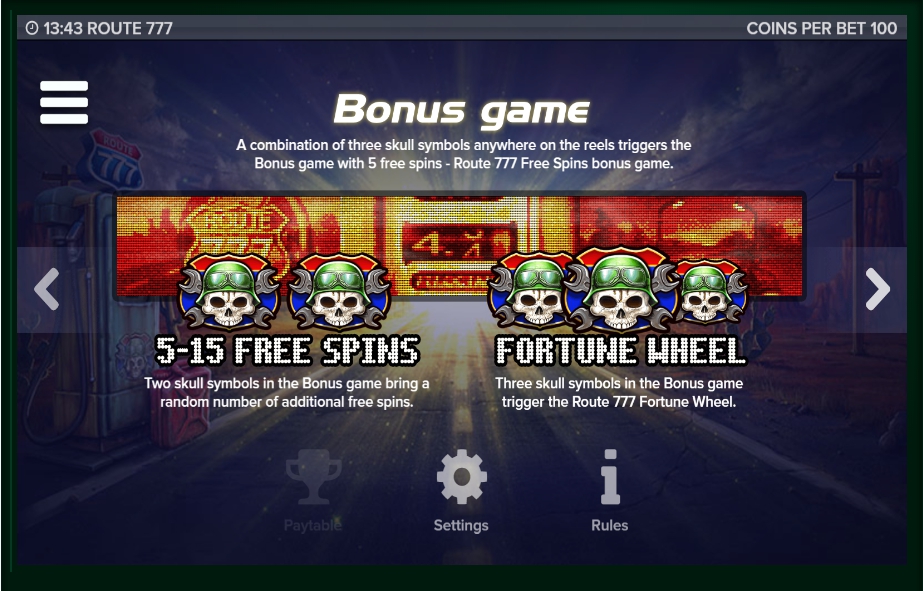 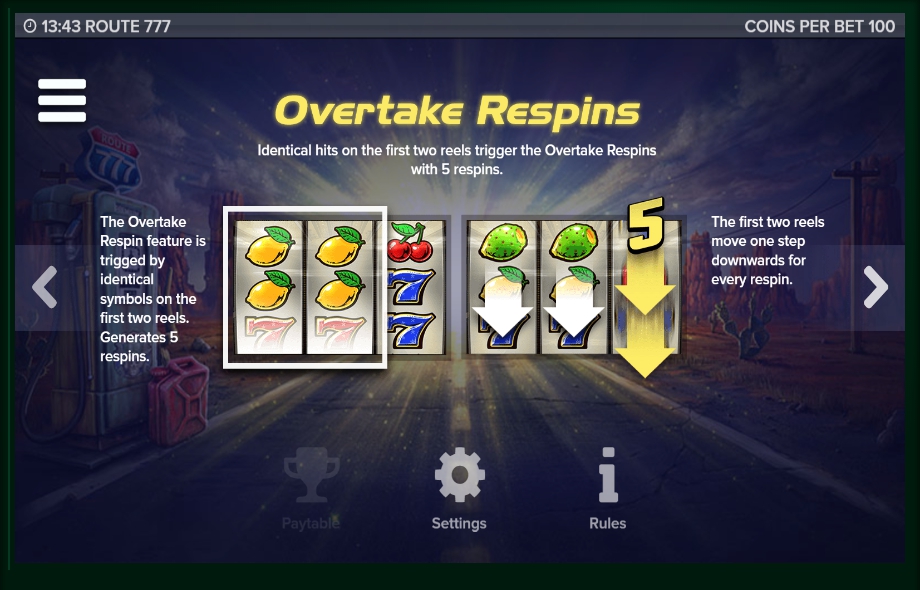 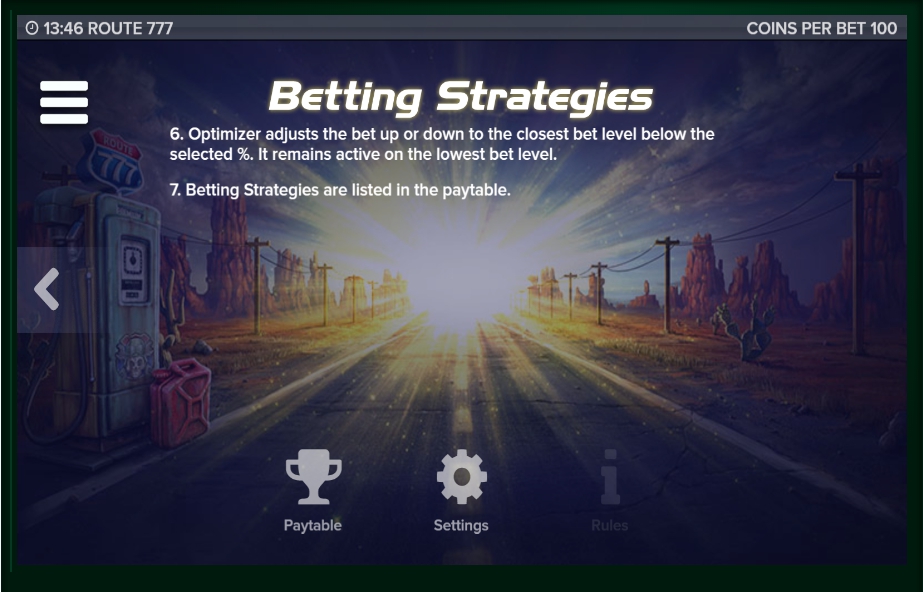 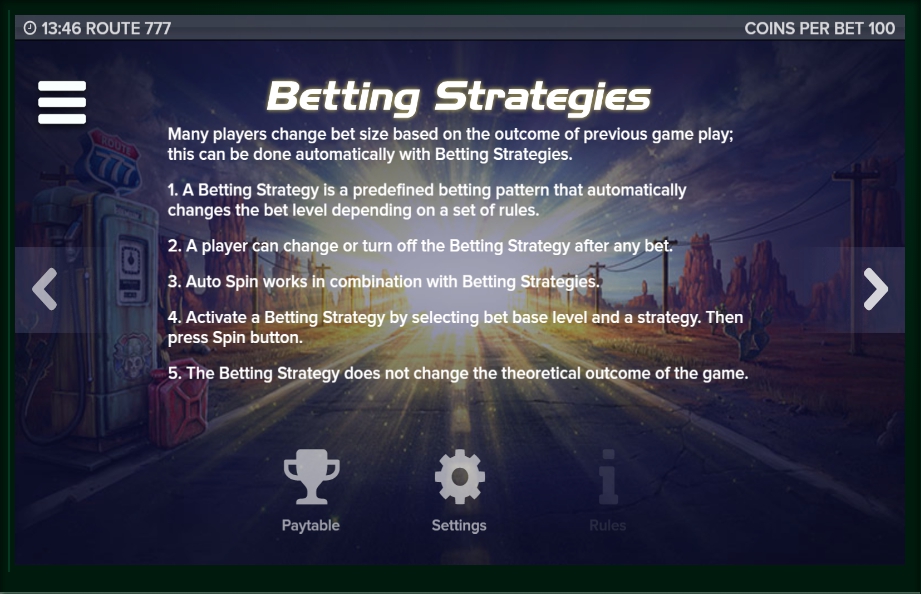 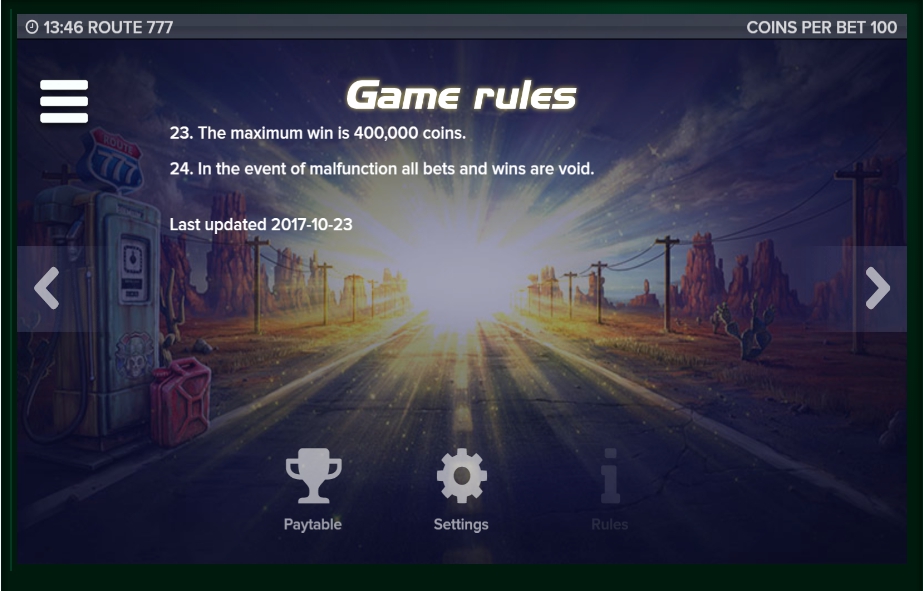 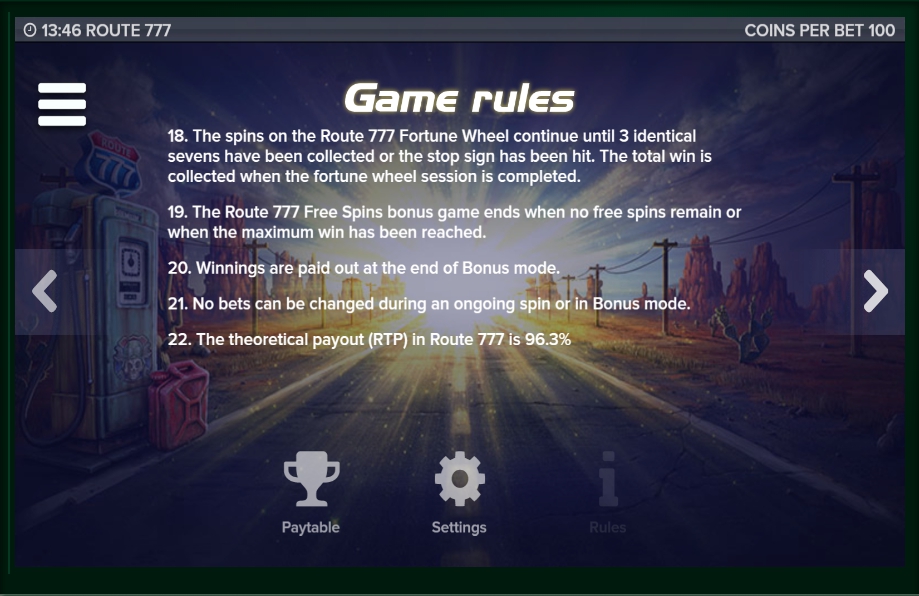 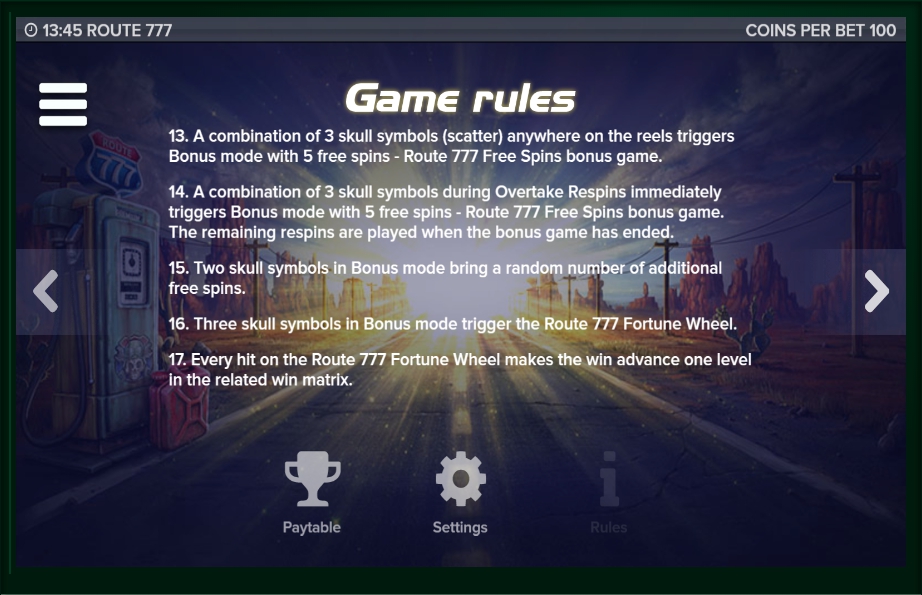 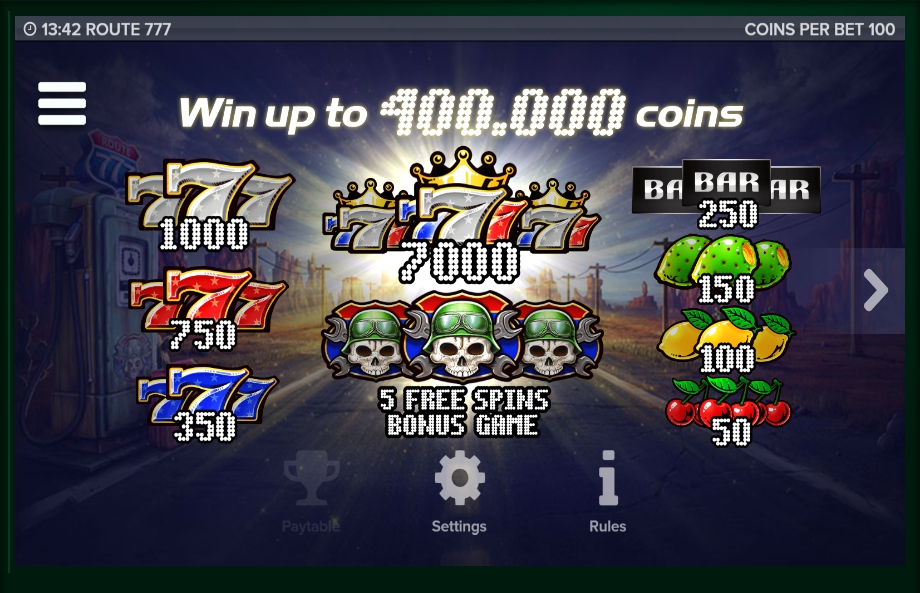 Route 777 slot is an interesting project made by the Elk studio, not only because of the visual style, but also from the perspective of the stylistic. As the main theme for this project, developers decided to use a famous rode in the United States of America. But in the original, it was named “Route Sixty-Six”. In fact, the designers did an amazing job by creating such a good product. You can see, how good it looks like. Gamers from all around the world can feel the freedom of the world, that developers tried to create.

Unlike the classic machines, this game only has three on three grids, which makes gaming process a little more complicated than it was before. You can play it on your personal computer, smartphone, tablet or laptop. This is the best part about Route 777 online – it can be launched on any device connected to the internet. If you don’t think that this game deserves your attention, then simply use the free trial version. It will allow you to get familiar with all basic functions. However, the gamer will need to sign up through the developer’s website, if he wants to get full access.

As it was mentioned earlier, the game has a smaller reel, than the other projects from the web. But you still need to customize some aspects of the gaming process. But there is no panel beneath the gaming field. If you want to change the amount of money to bet, then just use the menu option on the left side.

It contains sections with the configurations to your account. The game can easily change the amount of money to bet with coins’ icon. If you are ready to play, then spin the reel. To make other adjustments to your system, use maximum betting. In case you don’t know what it means, you can click on the information section and get more details .

To tell it shortly – this option allows the player to maximize betting in a couple of seconds, which is helpful in case of some mini-games. For all other situations, gamers need to use the “Auto” mode. Activate it, and you will have no problem in doing something else and play the game at the same time.

As a fact, this project allows the player to choose his own betting strategy, but the best one is to collect similar items on the same paying line. Only in this case you will have a chance to get good bonuses to increase your winning score.

To activate the mini-game, the player should combine at least three skull slots on the reel. After that , the player will get a reward of five free spins. They will make wild from the whole gaming field.

Sam on the Beach