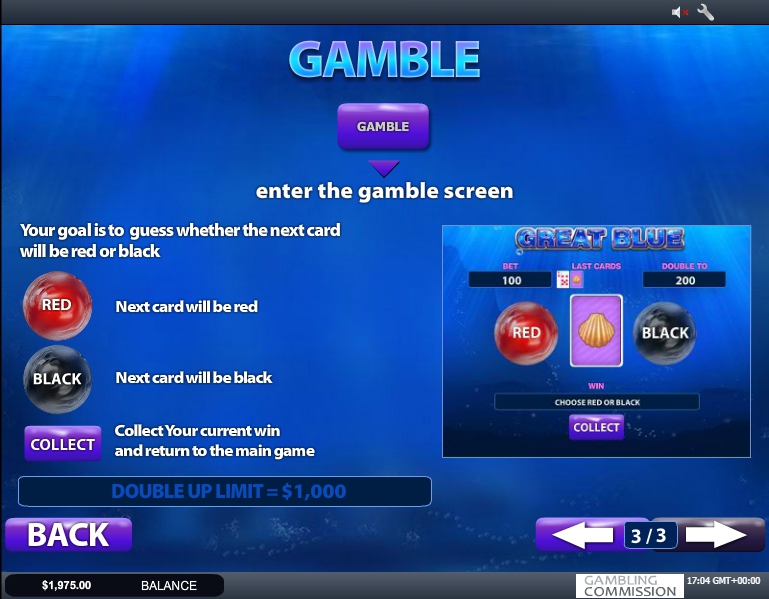 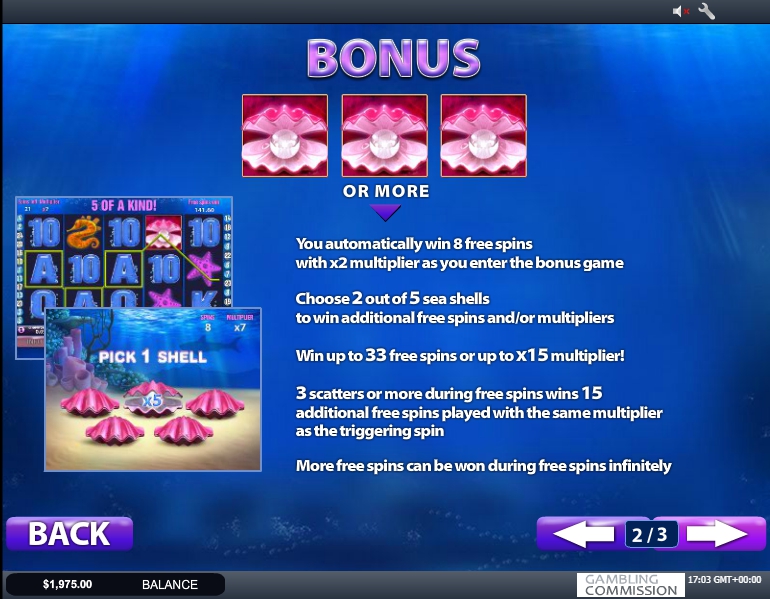 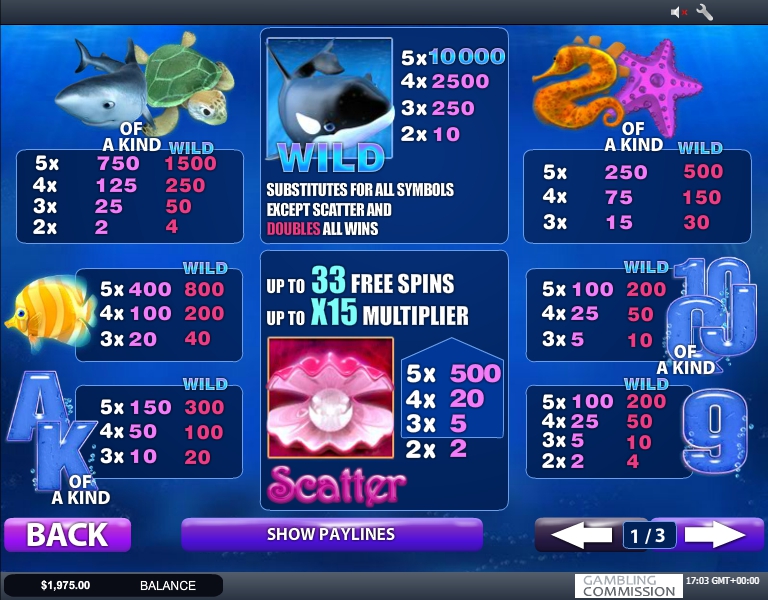 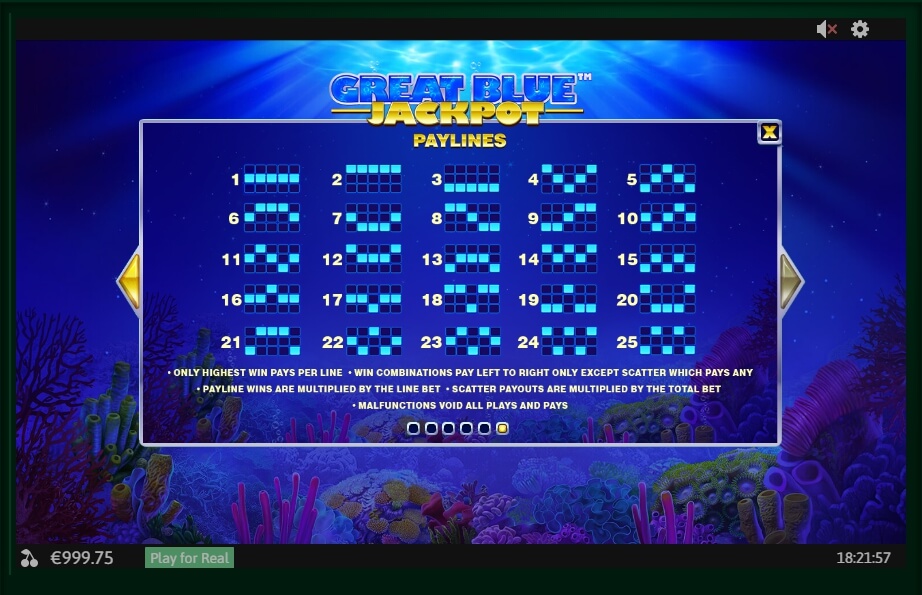 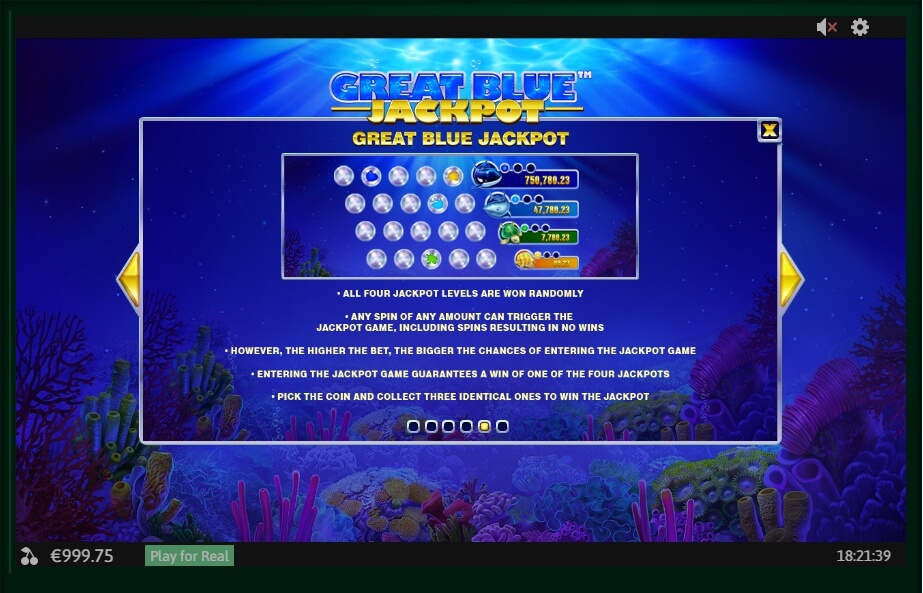 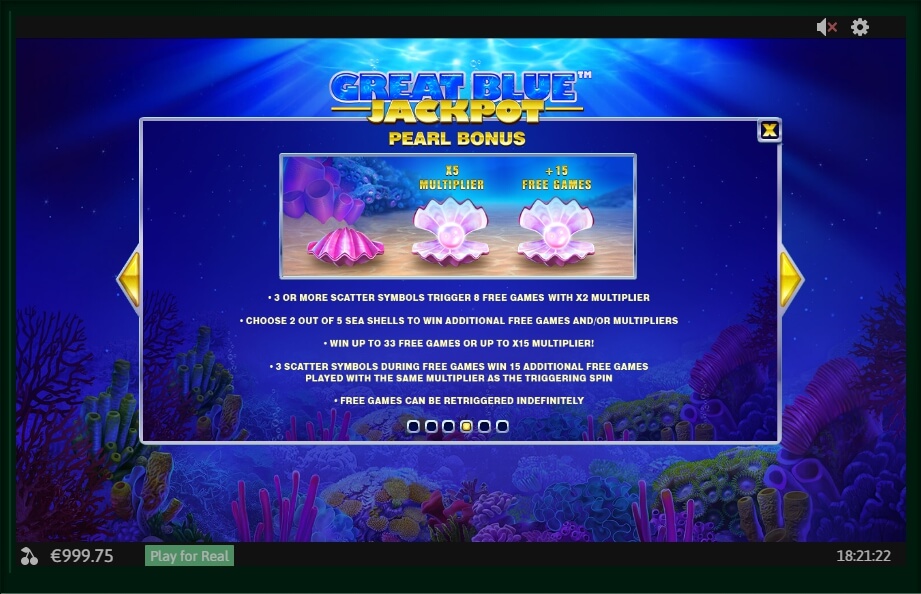 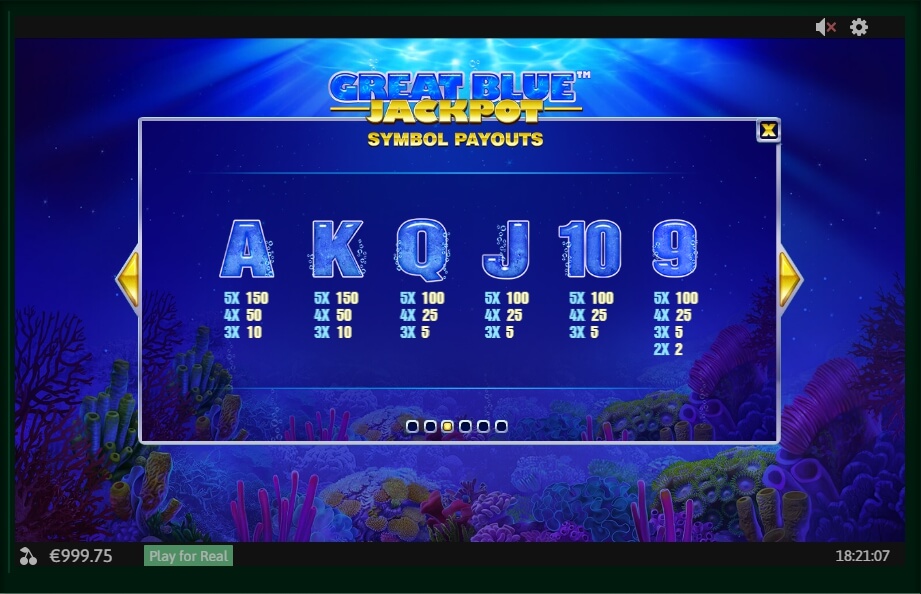 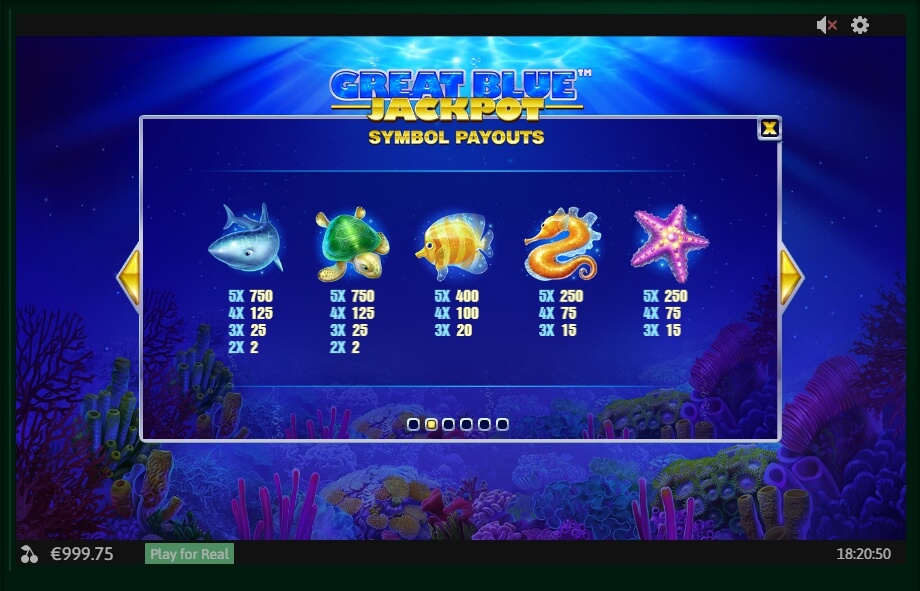 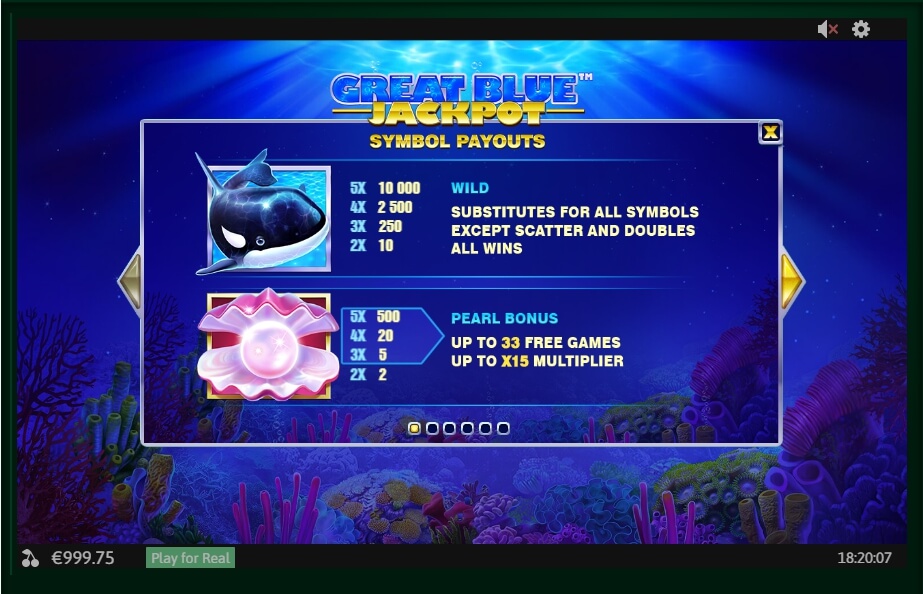 Of course, the theme of the sea today is very popular, but not every provider can fully open this topic and take the player to the underwater world. However, the Playtech manufacturer is an exception, as it offers to explore the ocean in a new thematic slot called Great Blue Jackpot.

This is an updated version of the familiar emulator that became very popular and bypassed all the “marine” competitors. It’s a great way to get acquainted with the underwater world that lives by its own laws. Prepare a diving suit, you will have an amazing adventure!

The design of the emulator was performed in the best traditions of the Playtech company, so the player has an opportunity to experience high-quality graphics, which is the result of many years of work on the market.

As for the design of the slot machine, all the symbols were executed using modern technologies and they fully reveal the plot of the game. All the actions of the game unfold on a blue background that resembles the sea. The color scheme is filled with bright colors that attract attention to the game. In addition, here we can see algae and corals.

The design of the slot would not be complete without its musical accompaniment, which accentuates the player’s attention on each symbol. The central part of the monitor is occupied by 5 reels and 25 active lines.

As usual, before the start of the game, the player should determine the number of lines and bet. For this purpose, there are the Lines and Line Bet buttons that have additional controls. Remember that the higher the numbers are, the higher the payout you get. By the way, the last aspect is accrued according to the table of payments that is hidden in the “i” tab on the left side.

Here, special pictures as well as additional information about the game session are described. In this modern game, the developers provided 3 options for starting rotations. Therefore, you can activate manual, automatic or turbo modes. Additional settings include the adjustment of sound and display.

If the participant wants to win real money, then he or she needs to collect a few jokers that pay a lot. In addition, the wild icon is able to replace standard images if necessary. Scatter is also a special image that pays well and activates a round of prize spins, during which the highest payout (1 million) is played. This round is called “Pearl” and gives the player additional rotations with a high multiplier.

This factor is determined before the game where the user needs to select several shells. During each round, a bonus round can be activated. That will give a lot of payouts and positive emotions. For the game, you do not need registration and additional downloads. In addition, the slot game is available in a demo mode.