Heart of the Jungle Slot Machine 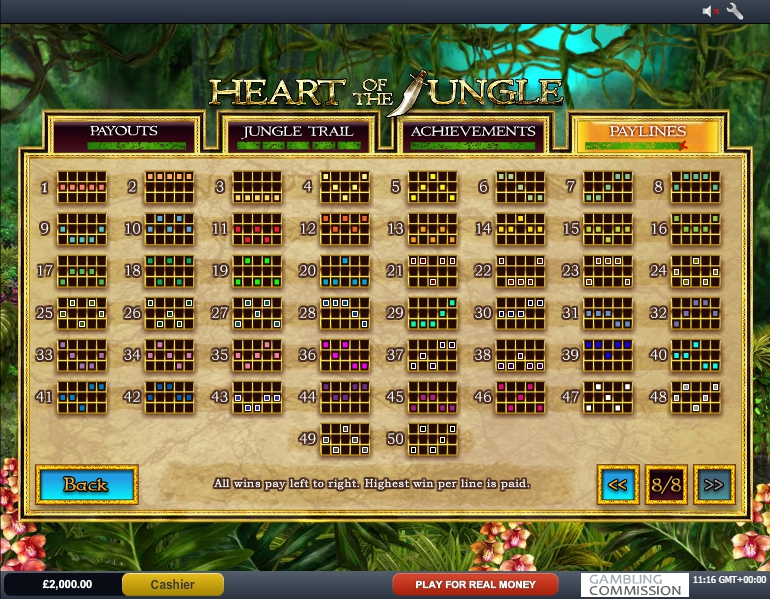 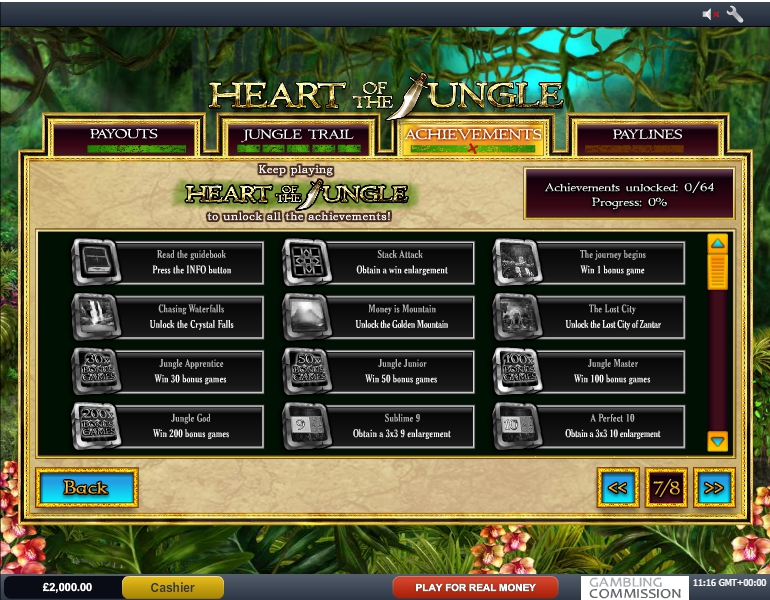 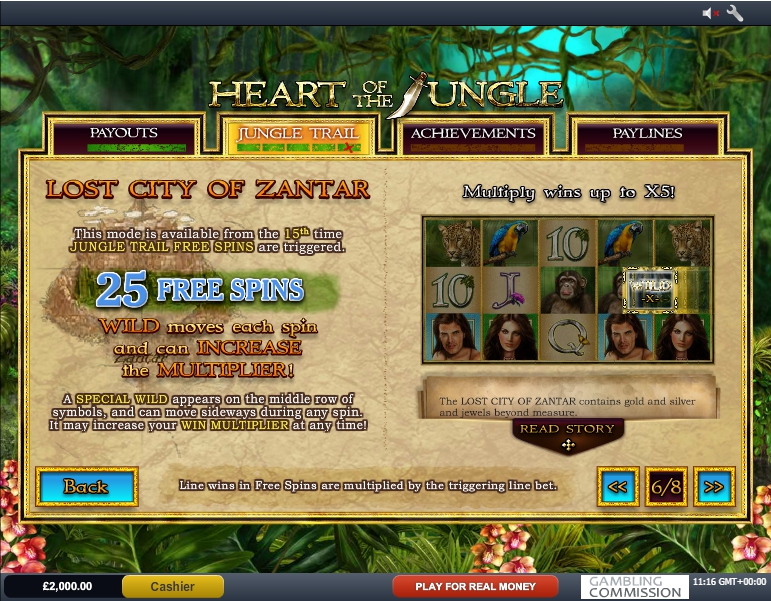 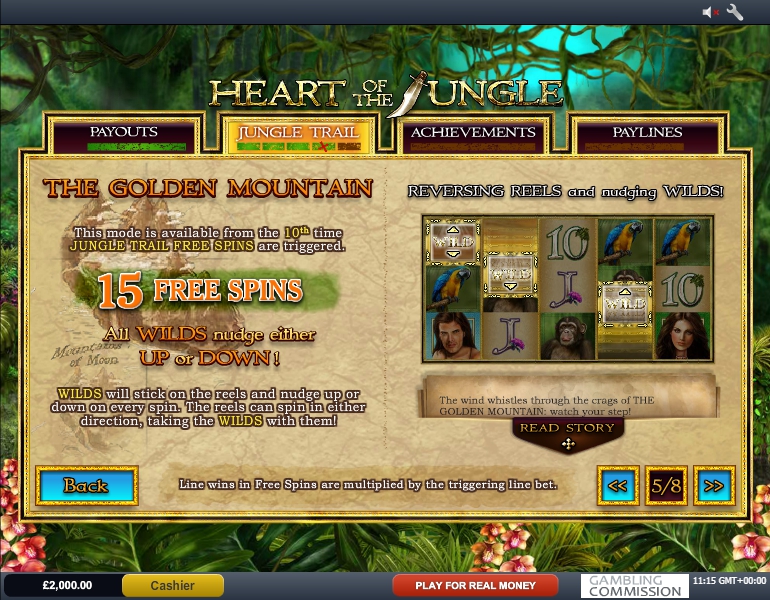 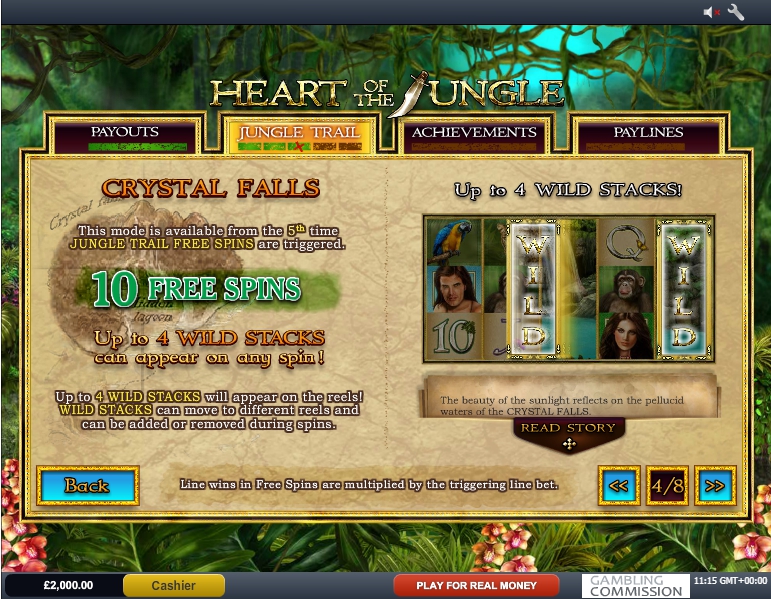 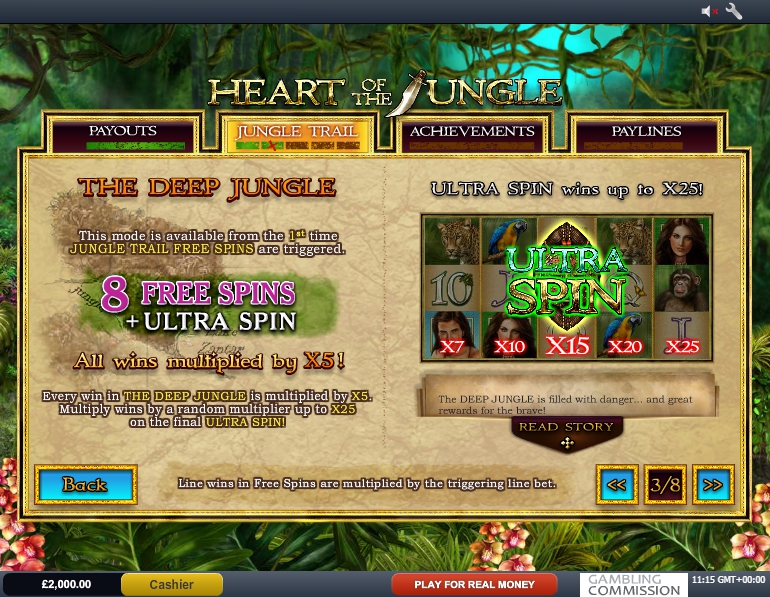 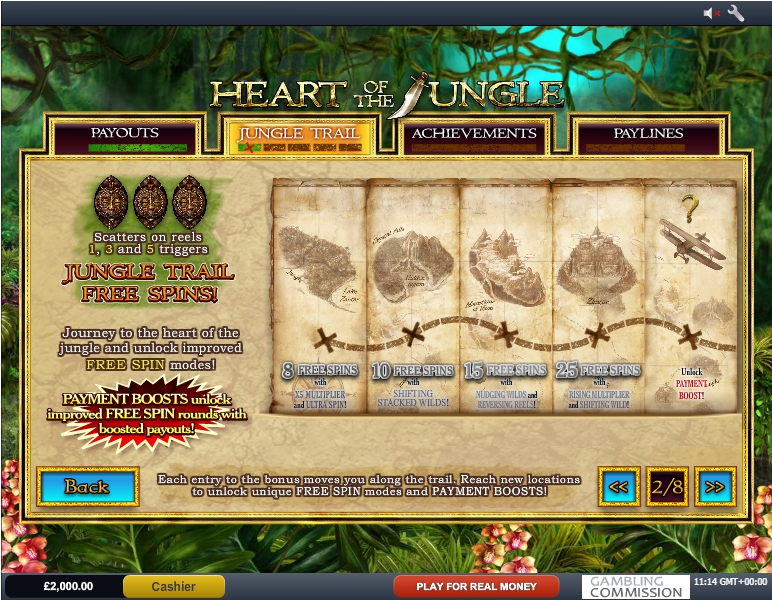 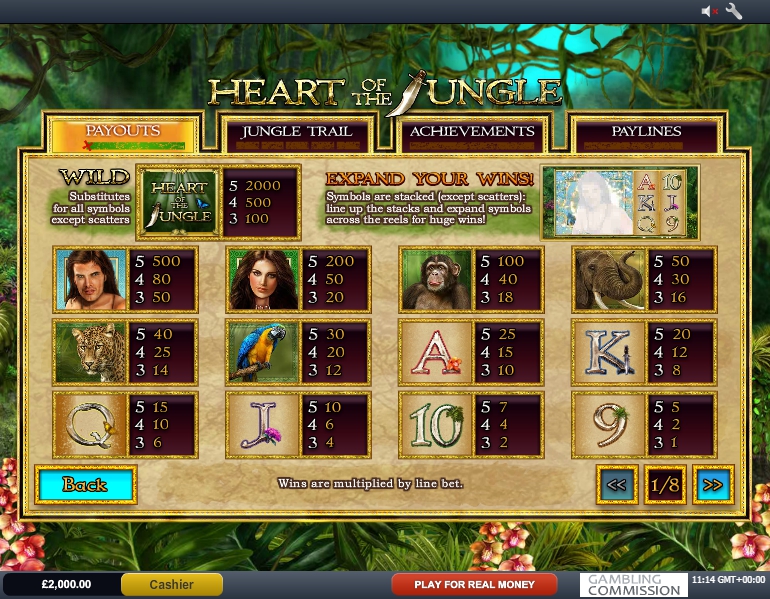 Heart of the Jungle Slot Review

The dangerous nature of the jungle can give all guests incredible adventures and positive emotions. Today we will talk about an interesting and colorful video game called Heart of the Jungle. Its developer is the company Playtech, which produces very original products. This story will tell about the adventures of Tarzan, who conquered this unknown world. Here each guest can get acquainted with the history of this person and get prizes.

For the start we can say that the quality design of characters that significantly improve the gameplay is one of the advantages of this amazing video slot. Also, here every user will find several nice features that make the game interesting. It is worth noting an interesting musical accompaniment, which allows you to enjoy the sounds of the jungle. Also there is a great animation that accompanies all the rotations of the drums.

The final bet you will see in the Total Bet window. It is worth noting that it is not possible to reduce or increase the number of active lines in the slot, so they will always be 50. After the player has determined the bet size, he can start the game with the “spin” button.

The yellow button in the lower left corner opens the text to the theoretical information. The developers put here the rules, the payout table, the coefficients and other information. A player can open this section at any time during the game process. In general, the developers have worked well on the design of this game. In the background we see a wild jungle.

Wild is used to replace missing elements in profitable combos. Such function becomes available if the picture is in a suitable position. The bonus is only on the first, third and fifth drums. Three such images activate the bonus mini-game.

The prize round “The path in the jungle” begins with the appearance of the map on the extra playing field. It has four game-modes that will be available one by one.
– “The impenetrable jungle” gives the player eight free spins with an additional multiplier of x5. After that, one ultra-round with a multiplier of up to x25 will be available.
– “Crystal Waterfalls” is activated from the fifth launch of the prize round. You will receive ten bonus spins during which Wild symbols have special abilities.
– “Golden Mountain” becomes available from the tenth entrance to the game. In this round, the player will receive 15 free spins.
– “The Lost City of Zantar” can be included from the fifteenth entrance to the round. In it, the player is offered twenty-five rotations.
The increased winnings feature will be activated when the user activates bonus rounds several times.