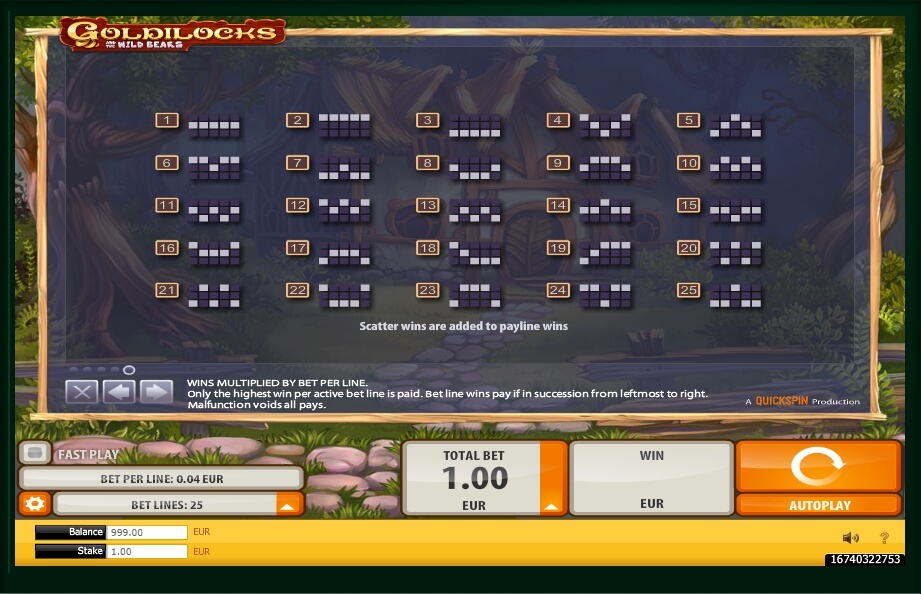 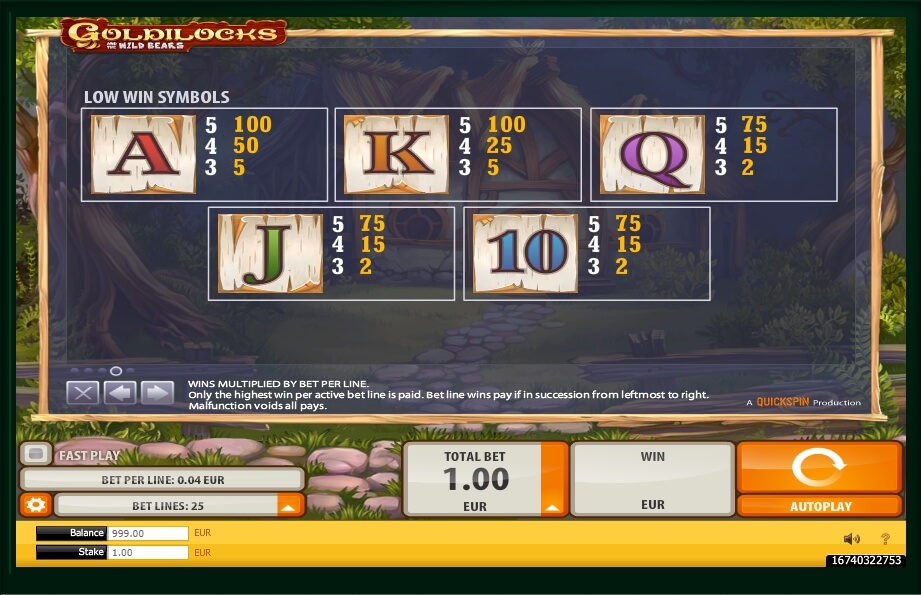 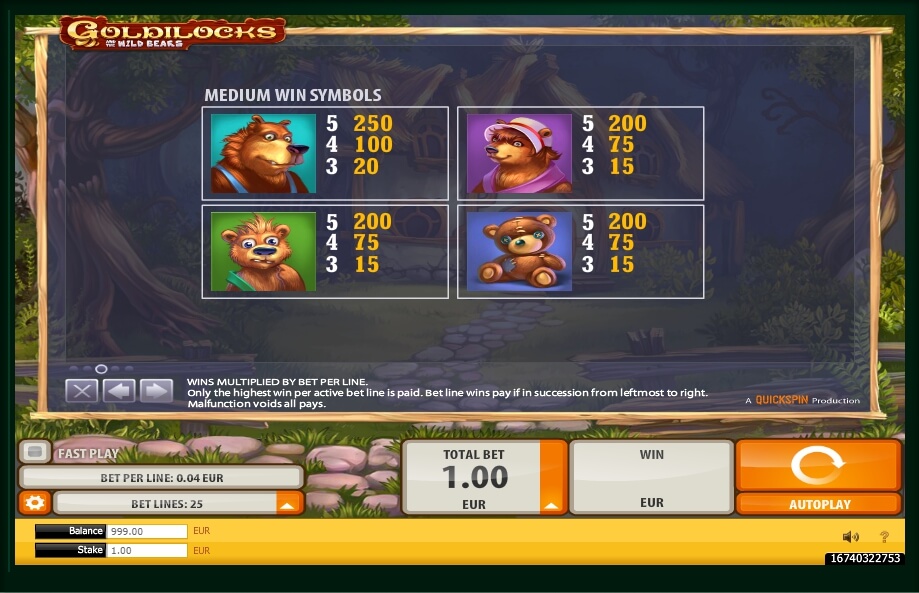 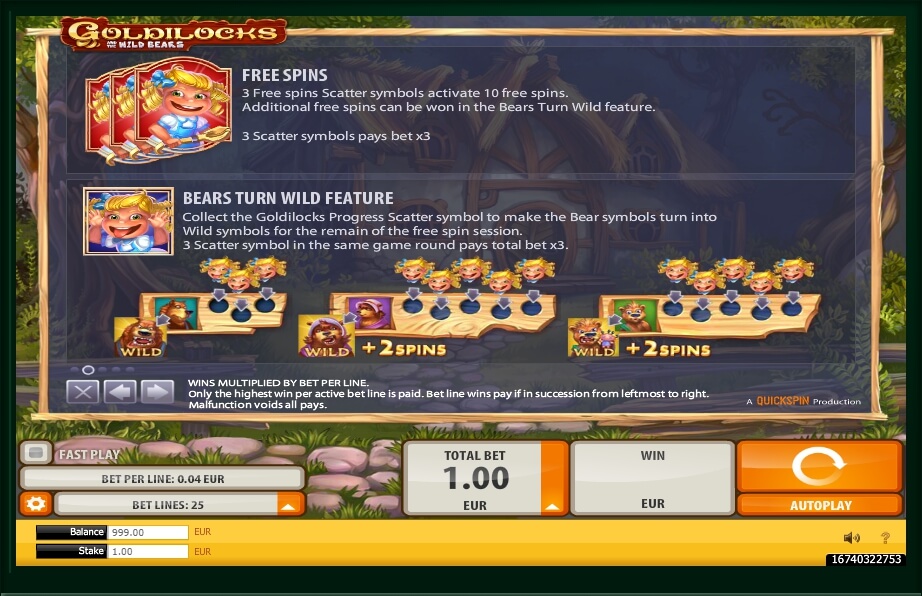 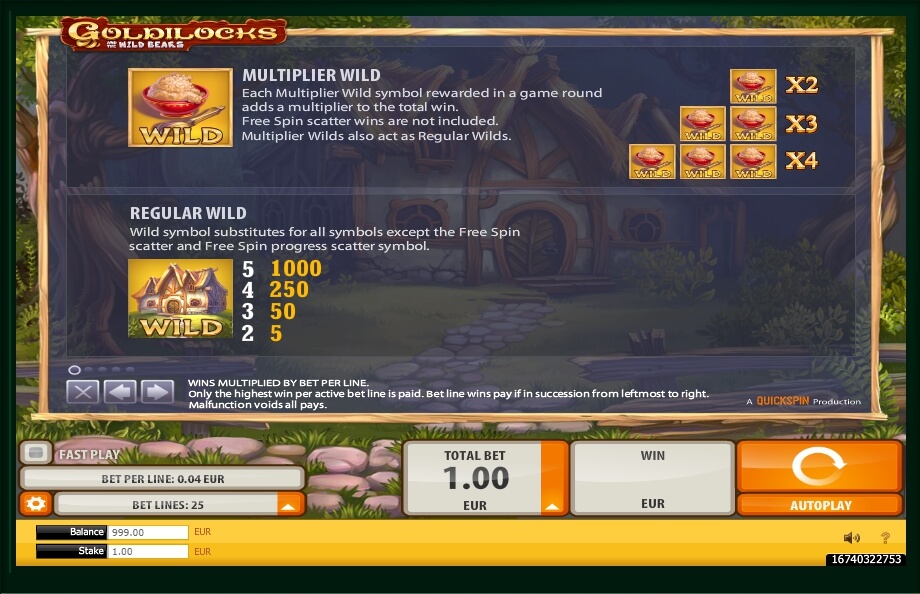 In the territory of the former Soviet Union, an old English folk tale “Goldilocks and Three Bears” is known, thanks to Lev Tolstoy who retold it in his own way. Based on this amazing and funny story, a lot of cartoons that describe the story of a brave girl have been released. The game platform Quickspin has been on the market for quite a considerable period of time. During its activity, the company was able to produce many emulators, including Goldilocks. So users will visit the fairy forest and get acquainted with its inhabitants.

Despite the fact that the design of the slot machine is predictable enough, it will still impress the participant. In the background of the screen, there is a wooden house, in which a family of bears live. Also, in the process of playing, the client can look more closely at the forest where the animals spend their time.

In addition to interesting design, visitors are awaited by quality graphics that makes the video slot bright and exclusive. Animation accompaniment in the game appears only after the client managed to assemble a combination. A funny soundtrack was created by the developer for this particular game.

The plot of the tale unfolds on 5 reels and 25 active lines. All parts are made of wood. At the top, we can see 3 bowls with additional multipliers that are available in the game. The control panel is very simple and will not cause difficulties for the visitor.

To start the game, the participant should solve several important issues. First of all, you need to set the required number of active lines. The Bet Lines key is used for this action. After that, you need to select the bet value using the Total bet button. After the basic parameters are exposed, the user can start to win real money.

A standard joker acts with chains by common rules and replaces other pictures. Wild with a multiplier is not able to form combinations, but it becomes the place of other elements increasing the payout by an additional factor (up to x4).

The Free Spins symbol launches ten free spins at the current bet and the number of lines. After three such images appear on the playing field, the user will receive a cash payment in the amount of three general bets and also take part in additional rotations.

To plunge into the atmosphere of the fairy tale and win the main prize (250,000), the player does not need to be registered, as the model is available for free. In addition, each visitor can activate the demo mode, however in this case some functions will not be available.