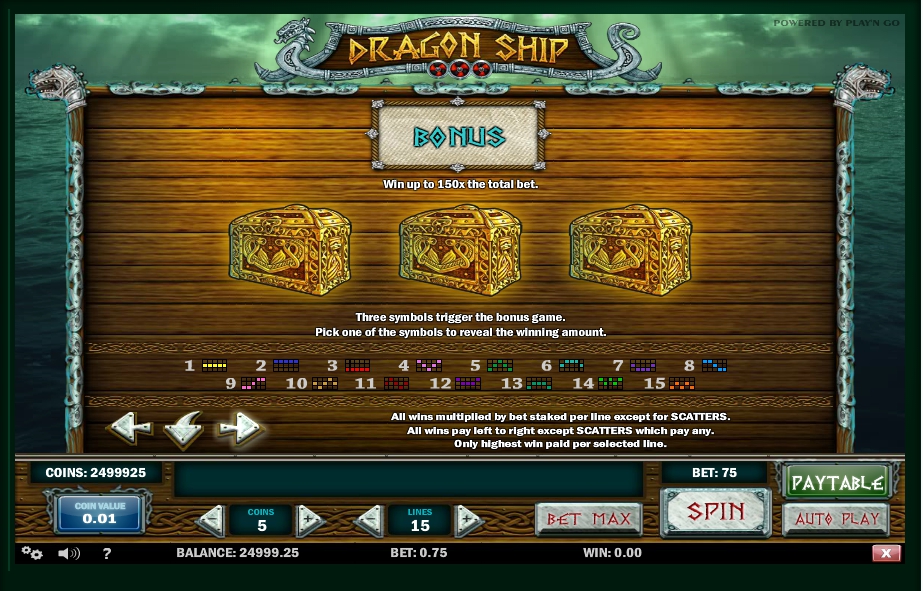 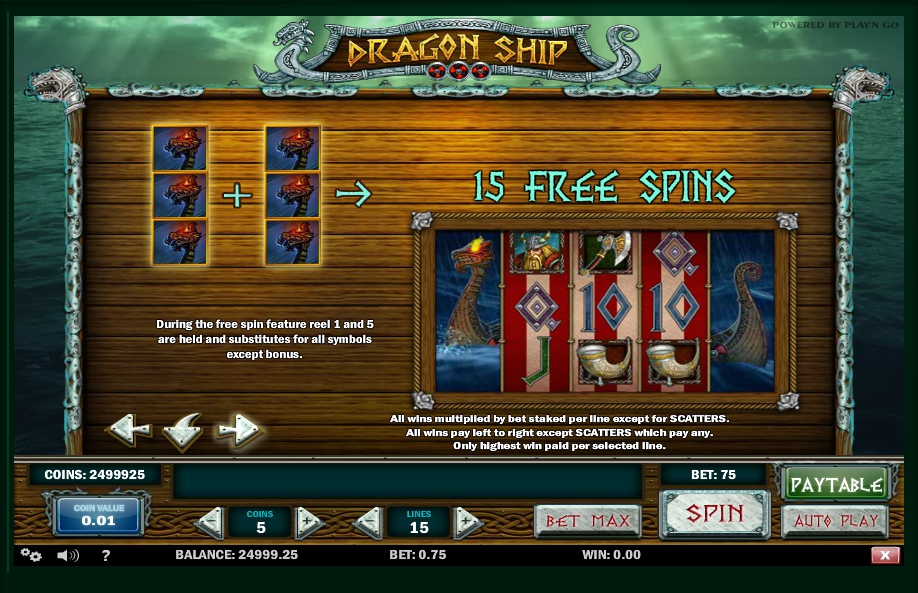 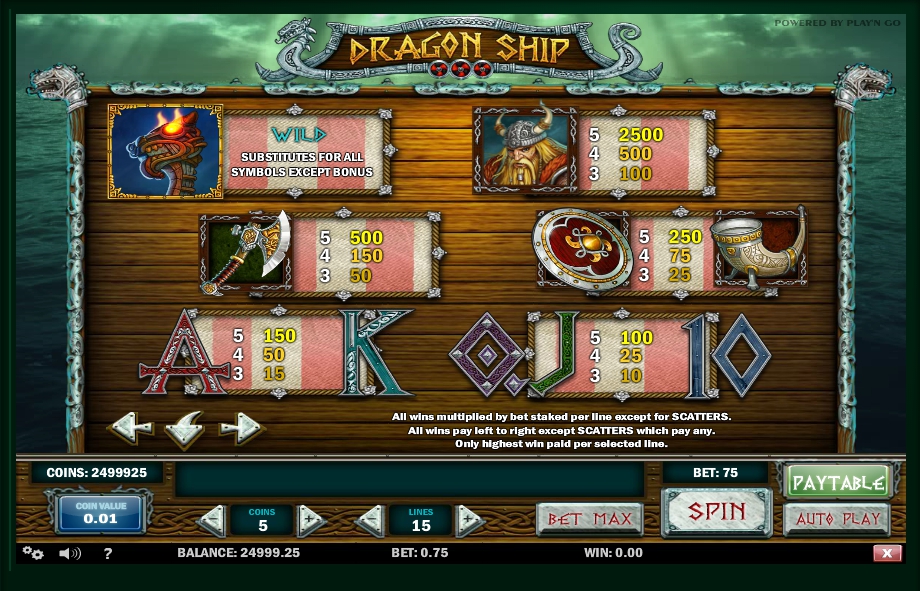 What do we know about Vikings? Brave navigators, Vikings made far trips. Floating rivers, they went far into the depths of the continents. In general, the ancient Scandinavian culture is of interest today in a fairly wide range. This people devoted a lot of legends, made many films and written songs. Today we will talk about an online game dedicated to these warriors. The company Play’n GO has produced a video slot Dragon Ship dedicated to Scandinavian mythology.

Vikings were not representatives of one nation, it was a diverse group of soldiers, travelers and traders under the leadership of the leader. The graphics of the game is very original, and the main screen is located on the background of a real image of moving waves, which both soothe and give vivacity. Stylized musical accompaniment also strengthens the appropriate atmosphere. This online game consists of 5 reels and 15 paylines, which the players can choose on their own. Before the game starts, determine the bet size for each of the lines that you want to activate. Use the “coins” and “lines” options, adding or decreasing the number of coins in “+ -“. If a participant wants to play at the maximum bet, then he needs to use the bet max option.

A new round begins in the spin option. During rotation, you can monitor the speed and stopping of the reels. The theoretical information is in the “paytable” tab and describes the coefficients in detail.

Below it is an option for automatic rotation of the reels “auto play”, which you can also activate if you wish. On the other hand, there is a special window that will display information about your current account. Additional settings are in the lower left corner.

One of the features of the video slot is that you can play at minimum rates, only 1 credit per line, which makes it accessible to players with minimal financial resources.

Having received this or that prize for a certain combination of identical pictures, you get the right to participate in the risk-game in the gamble option, which becomes active after the prize strip lights up. In this round, you have the opportunity to double your prize.

The risk-game represents a traditional round with a closed card, and two color selection buttons – red or black. This is the color of the card suit of the inverted card. Having determined the color correctly, you get a double prize. If your choice was unsuccessful, then you will lose all the amount won for the last scrolling. Thus, the possibility of both victory and defeat in this round is equal.

Also at your service an additional round, launched by a special symbol with the inscription “bonus”. The game is quite simple and comes down to choosing one of the three chests that appeared on the playing field. There are no other bonus offers in the Dragon Ship.