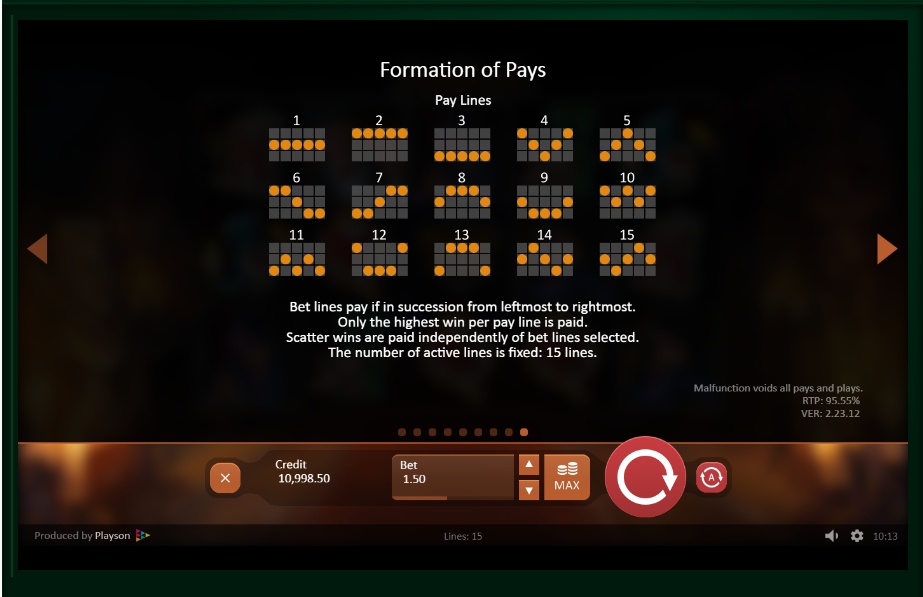 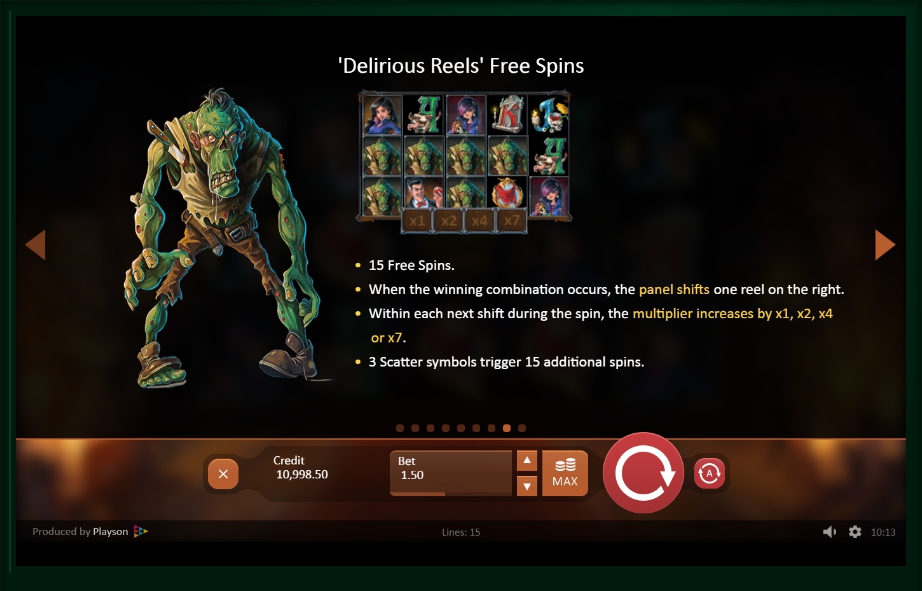 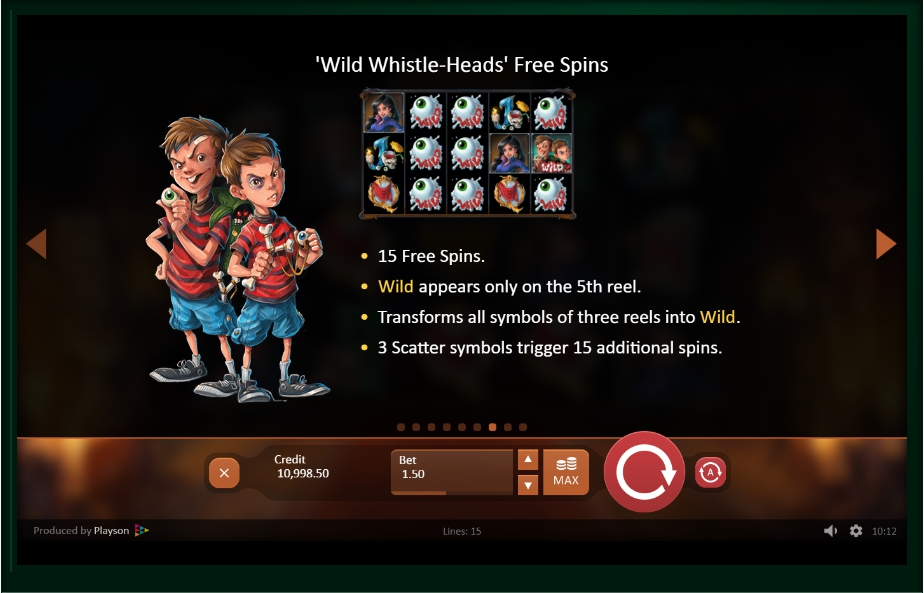 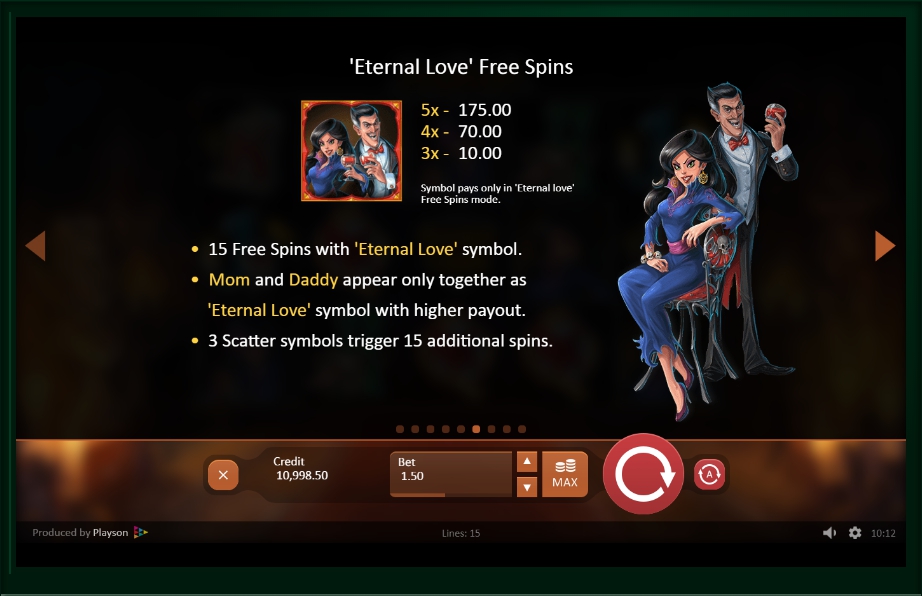 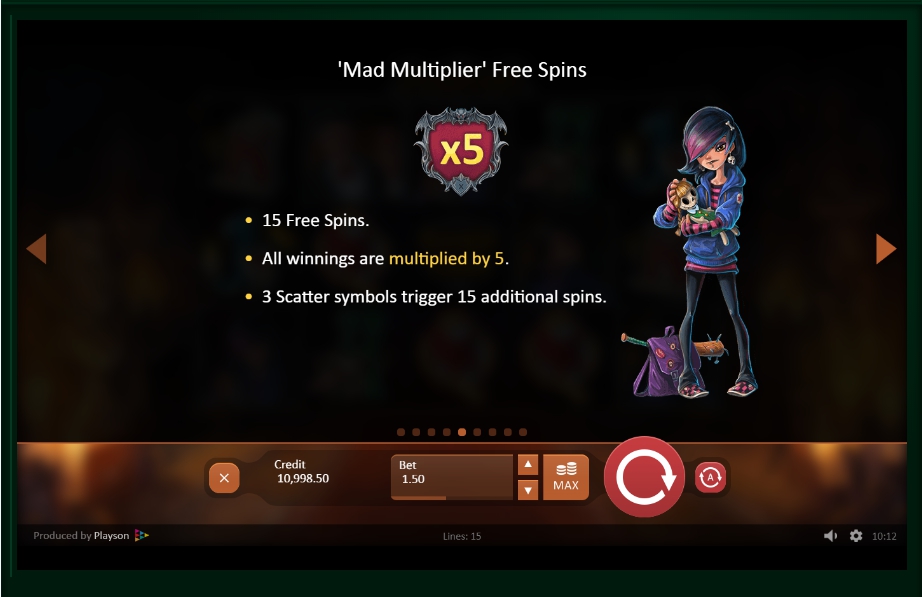 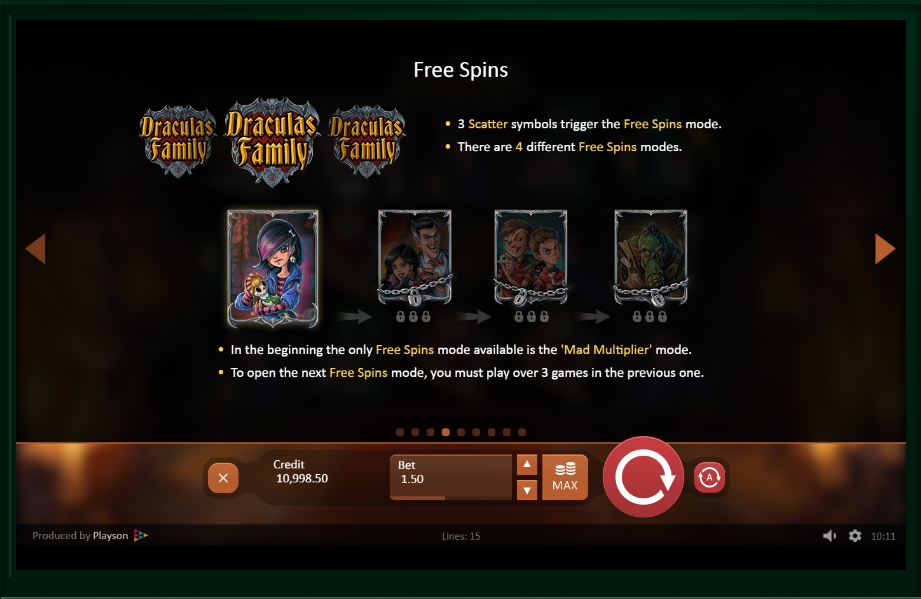 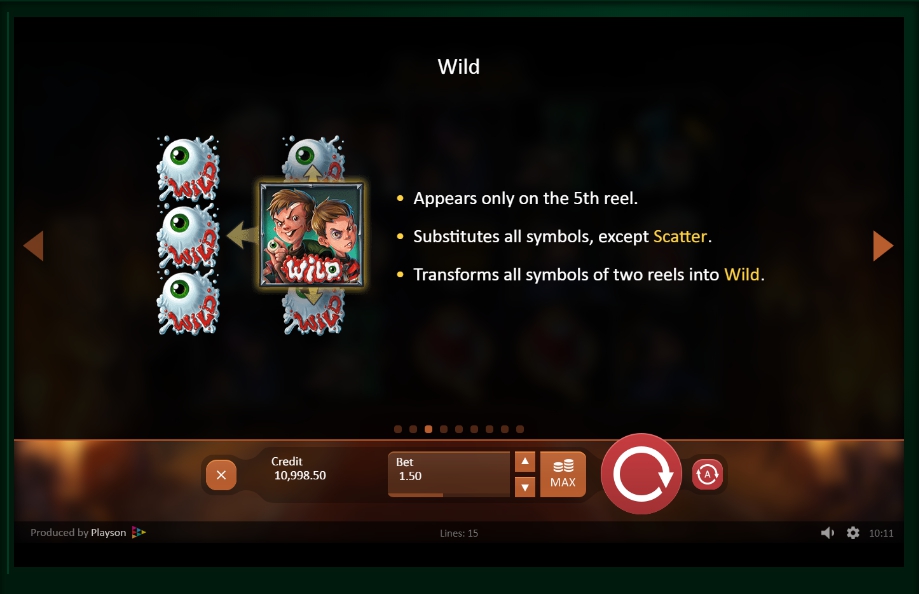 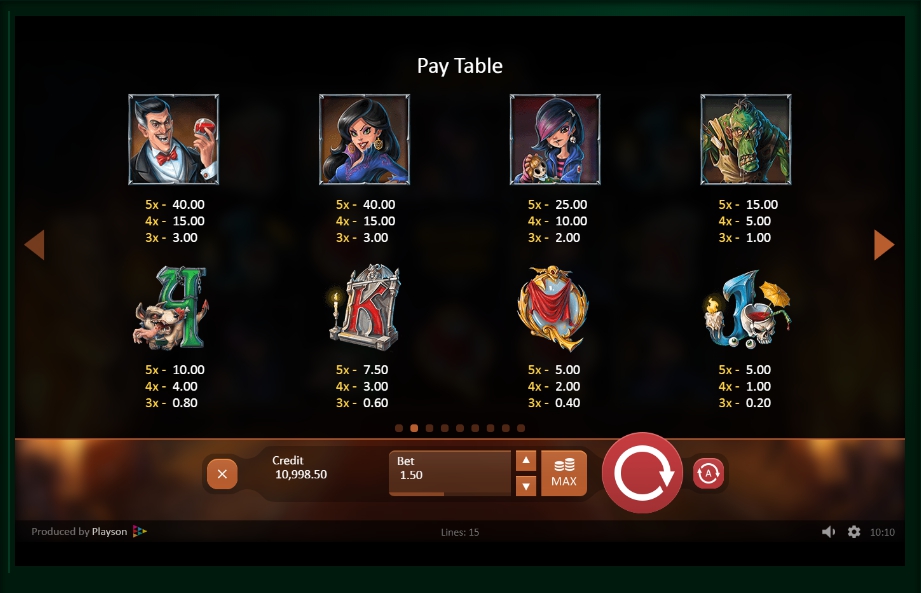 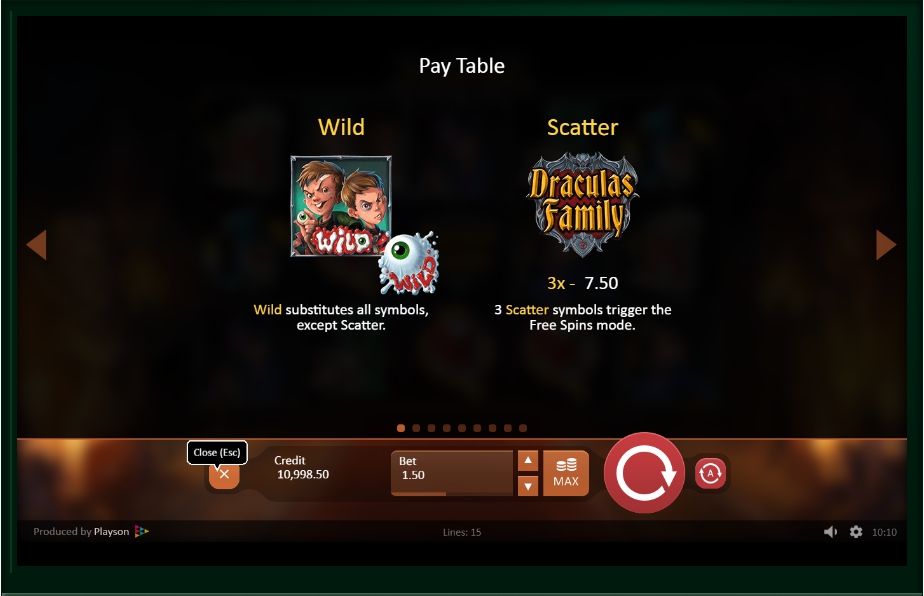 For a long time, the subject of piracy and other fantastic characters has been quite popular in cinematography, literature and even in the sphere of excitement. Yes, many slot manufacturers offer incredible stories about vampires, but the most striking example of this slot is Dracula’s Family by the Playson slot machines developer. Users are invited to immerse themselves in the eerie, dark and at the same time funny atmosphere reigning in the house of virtual vampires.

Naturally, the game manufacturers created fascinating thematic graphics for making better display stylistics of the slot. Therefore, the gambling process takes place in the family crypt of Dracula that is full of blood, fire and other thematic attributes. Moreover, in order to make the game more realistic, the user is offered animated images and corresponding sound effects that are exciting and at the same time horrible.

This slot machine offers users 15 active lines and 5 reels that contribute to the compilation of win combs. By the way, combinations are formed when same symbols appear. Among the game icons of the machine, there are special, thematic and even card images, each of which promises the user a decent win.

Familiarization with game symbols should begin with special characters, which include wild, scatter and bonus symbols. The wild sign is depicted in the form of a picture with twin children. Its main task is to replace any other symbols and build winning combinations.

Scatter in the machine is the game logo that appears in any cells of the playing field (a feature of this symbol). It activates free spins and increases the payout three times as compared to the bet. Well, the third special symbol is a bonus, depicted in the form of the couple Dracula.

This symbol combines two separate signs of Mom and Dad and allows the user to earn larger wins. In addition to all the symbols described, on the playing field you can also meet the daughter of Dracula, the vampire himself and his wife, a monster, and also card denominations from ace to jack. Each of these symbols promises certain winnings.

The slot has an ability to open a risky round after the user has compiled any winning combination and pressed the GAMBLE button. In the risk game, there will be two coffins before the user and he/she will have to guess which of them is gold. If the choice is correct, then the player will receive a double payout for the spin.

It is needed for the player to learn the control panel of the machine before starting the game process. First, the user should open the PAYTABLE tab and familiarize with basic rules of game, payout table and other tabs. Next, it is necessary to select a bet using the BET or MAX BET function, and also adjust the number of active lines by using the LINES button.

Once all the indicators are set, the player can start the game process through a manual start by pressing the SPIN button or by using the AUTO PLAY function and selecting the number of continuous spins in advance.

Online Dracula’s Family will appeal to all lovers of fantasy, as this game tells about the life and activities of the vampire family. In addition, the video slot uses a maximum of profitable features, with the help of which the user will be able to earn more and more often.