The Three Musketeers and the Queens Diamond Slot Machine

The Three Musketeers and the Queens Diamond Slot Game Images 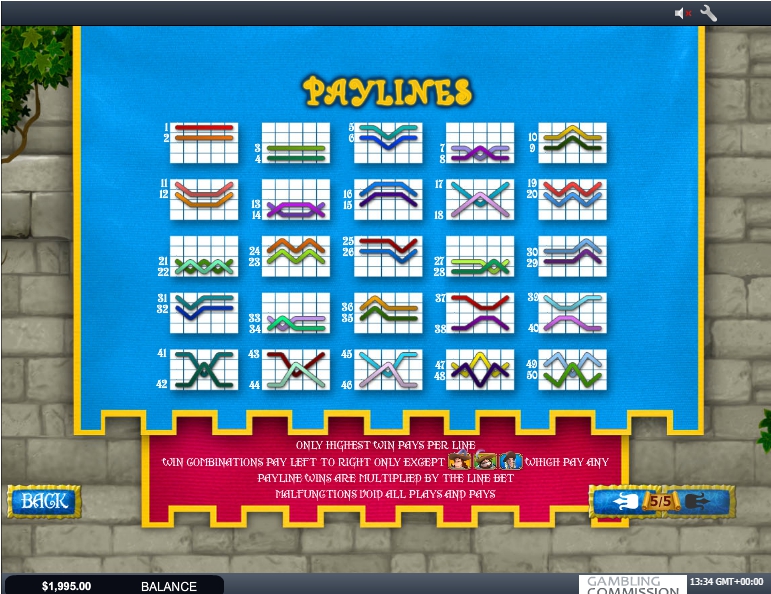 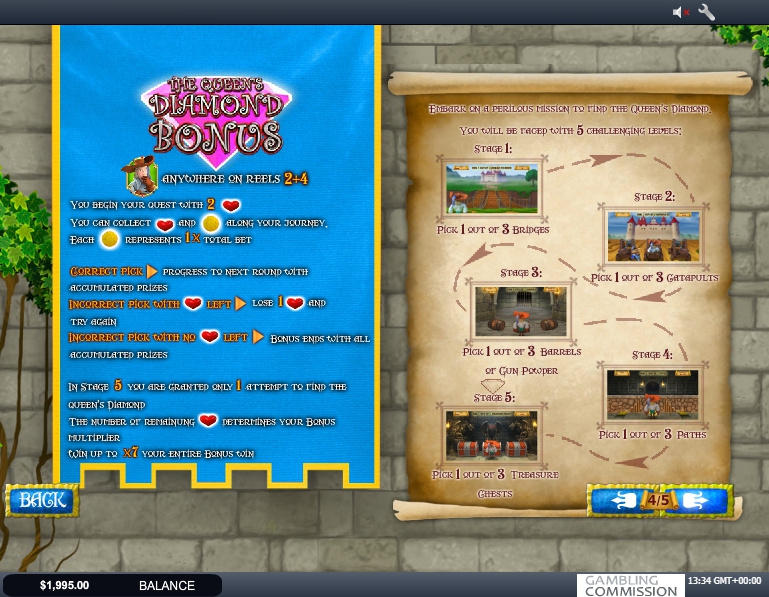 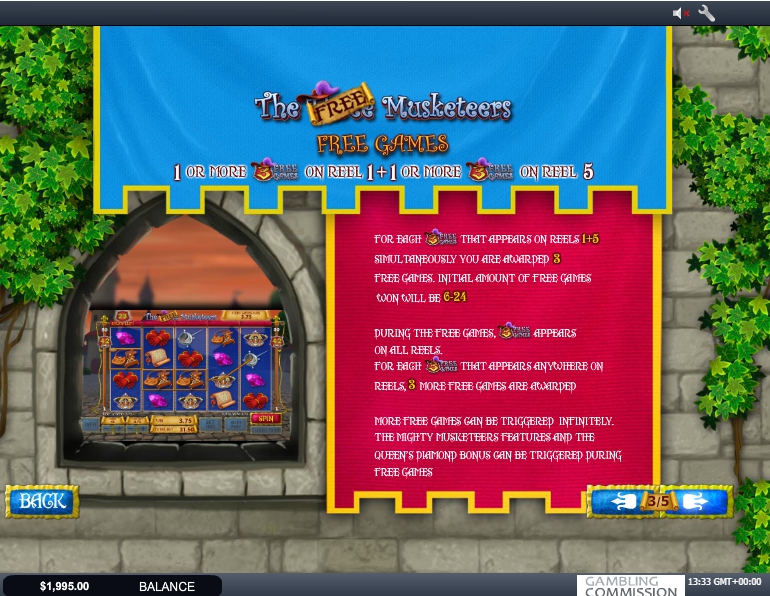 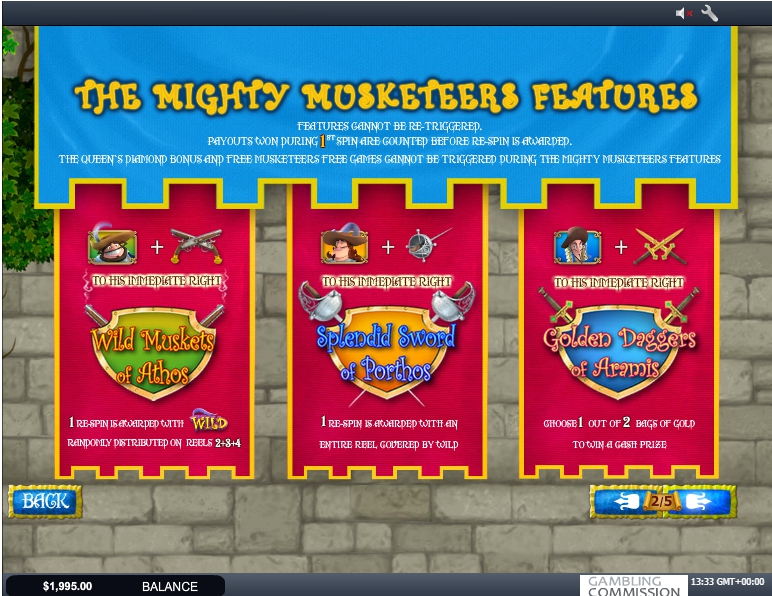 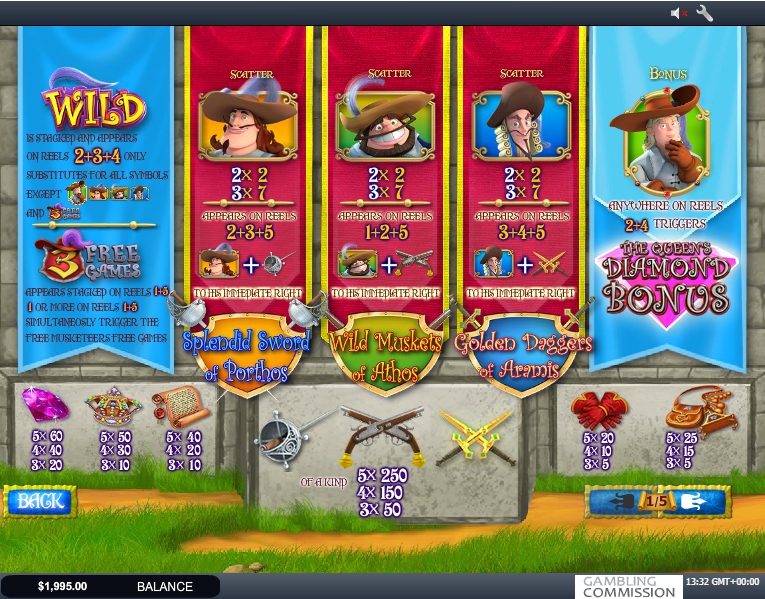 The Three Musketeers and the Queens Diamond Slot Review

Friendship is a concept belonging to eternal values, praised in literary works by great classics. Everyone knows the story, which is based on real events of the XVII century – the reign of Louis XIV and Anna. The book is so interesting that, closing it, we have to say good-bye with heroes.

The Three Musketeers and the Queen’s Diamond – a slot developed by Playtech professionals, reveals the veil of secrecy, telling about the future of friends. In addition, the video slot is presented in demo mode, which allows portal visitors to play for free and enjoy various emulators, while comparing and evaluating their capabilities.

Saturated colors of the interface and colorful characters, effectively presented in accordance with literary images, allow you to plunge into this history with pleasure. The slot is bright, positive, dynamic – connoisseurs of gambling will appreciate high-quality graphics and compliance with the specified topic.

The navigation bar is located at the bottom of the screen; The keys are standard, allowing you to easily manage the slot. Before starting the game, it is recommended to read the Info tab, which will tell you about the rules and features of the video slot.

The game is characterized by the variability of additional modes, so it is worthwhile to learn the nuances of their conduct in advance. The gamer exposes the number of active lines by selecting the Lines key, and then assigns the bet, adjusting its size using the “+” and “-” buttons. The maximum number of game credits is assigned using the button Bet Max.

The start key activates the back. Admire what is happening on the screen, without being distracted by the alternate start of rotations, will allow selection of the Auto Play option. Activate the turbo mode easily with the Turbo Mode key.

Online game except Wild, has a bonus picture (it is D’Artagnan) and some Scatters (these are the other three main characters of the novel). Also there is a symbol of Free Games. “Wild” image can fall on 2-4 reels. Its only function is to convert to other pictures. D’Artagnan can appear in 2 and 4 columns.

If two such symbols appear in front of the player’s eyes, then the mini-game The Queen’s Diamond begins. During it, the hero becomes a traveler. In this case, the path by which he will have to go will be chosen by the player. Each time a gambler needs to choose between three directions or objects. During the first four rounds, you can make mistakes, because the hero has spare lives.

Each of the symbols Scatter launches its thematic game. In the case when it is initiated by the image of Porthos and Athos, free launches are available. Aramis makes available a game in which to make a choice between two bags.

In each of them there are coins. After choosing one of them, the musketeer will pierce it with his dagger.