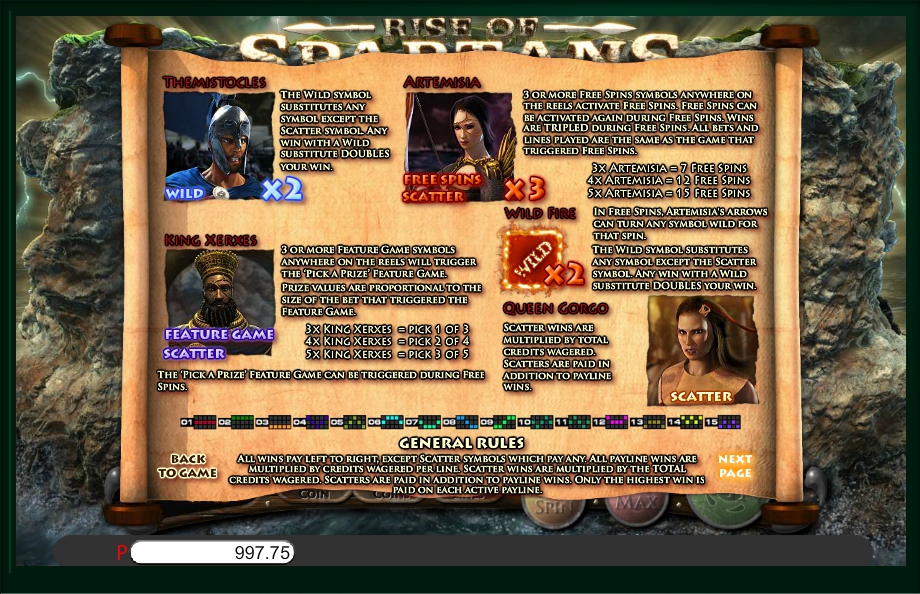 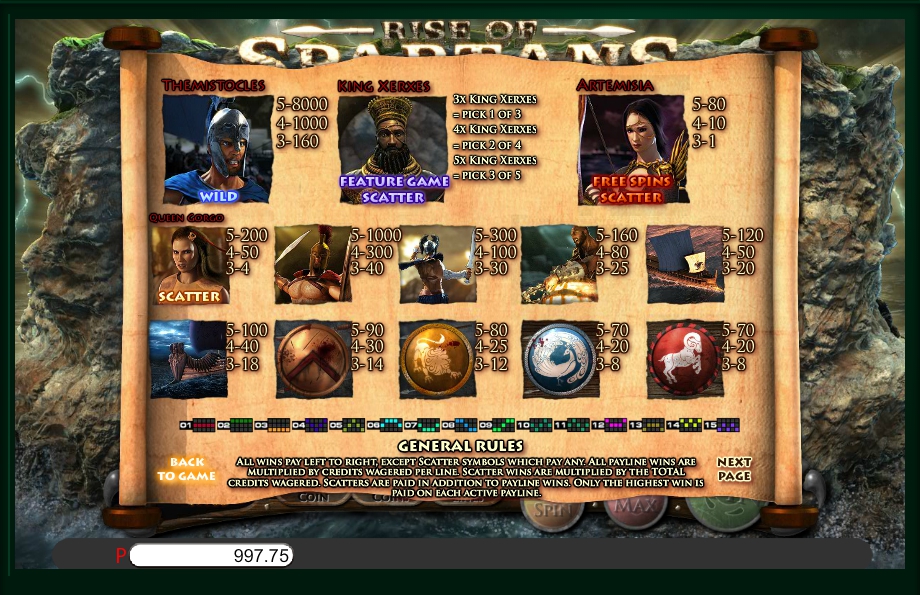 Today, on the Internet, you can find a lot of informative articles about the ancient city of Sparta. All who are interested in this subject, in addition to scrolling dry news feeds, can see and detailed visualization of bloody battles taking place in this city. This opportunity will be provided to players by an exclusive video slot called Rise of Spartans from BetOnSoft, which can surprise its fans.

This online slot is a unique guide to the world of brave and fearless Spartans, who were ready to fight to the finish in order to protect their honor and the integrity of their territory. The slot machine will provide all conditions for a comfortable rest and even allow you to play for free, without having to register.

To give the gaming machine realism, the developer endowed it with high-quality graphics using three-dimensional technology. Drawing prizes will occur against the backdrop of the mountainous terrain, at sunset of the day. Sound support of the slot will also impress with its unusual melody using Greek traditional motives. In the arsenal of the slot machine there are 15 lines for payments, and having activated them in full composition, the user significantly increases his chances of gaining a decent win.

The struggle for winnings on the Sparta slot machine will begin as soon as the lines for the draw (the Lines key) and the preferred bet (coins) are installed. If the player wants to run the biggest bet, then he needs to click on Bet max. This unit has 2 modes of rotation of the reels. One of them represents manual activation (Spin), the second – automatic (Auto spin).

If the player chooses to choose the second option, he will not only be able to devote himself entirely to the drawing without being distracted by the organizational moments, but also to program the system of such independent rotations as he deems necessary.

Themistocles can provide the best 5 of a kind win in base game that means a 8000 times of line bet win and also can spread its power to double the prizes when substitutes for other normal symbols. Queen, scatter can reward player up to 200 times of total bet while the other female character, Artemisia has the responsibility to activate 7, 12 or 15 free spins where all wins are counted by x 3 value.

During this session a little extra comes alive as an Arrow can turn any randomly chosen symbol into Wild for a spin, with an added x2 multiplying ability if it’s a part of a winning combination.

It seems that it’s King’s job to trigger the Bonus side game which is a simple ‘pick me’ style game as we have to select one golden pool out of 3 to reveal its instant cash prize. This is valid if 3 Xerxes figure land on the reels at the triggering spin but 4 symbols would give better chance as such situation the player got 2 attempts to pick from 4 pools while 5 Kings mean 3 tries from 5 possibilities.

Though it is a very simple side game, but has a good rewarding ability, as usually it pays around x20-x75 times of total bet.