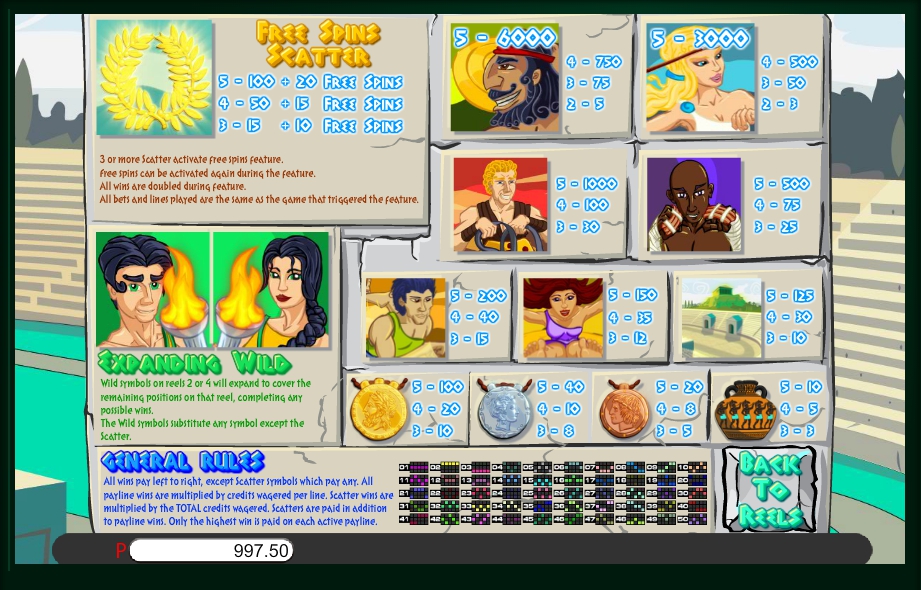 The Olympic Games for every athlete are a very important and responsible event in their lives. The title of the Olympic champion is the athlete’s dream, but only the most persistent and the most confident can reach this goal. In ancient Greece, the first Olympic Games were held and continued to exist until 386 AD, until they were banned by the Roman emperor. Then in 1894 the introduction of these competitions was re-introduced and allowed.

The slot machine will provide an excellent opportunity for fans of gambling to experience this incredible atmosphere anytime and anywhere, without waiting for the next Olympic Games. What gives us this opportunity is the video slot Legends of Olympia from the company Saucify.

The styling of the Olympic Winners gaming machine is quite interesting and at a good level, considering that everything here is completely in the animated sports theme. The main window of the game flickers with a lot of bright colors. The main field of the game is presented to gamers in the form of five game drums with three horizontal lines.

The top of the screen is occupied by the name of the slot. The background of the drums, where the thematic symbols are arranged, is made in a monochromatic gray color. At the bottom of the display, under the game drums is placed a section with the management of the game process. This is presented in the form of a set of buttons and small information windows that allow you to better monitor and control the gameplay.

Visiting the section with payout table, symbols, coefficients and active lines scheme will be enough to understand everything and proceed directly to the game process. Before starting the reels, which is carried out by the yellow RUN key, players will have to deal with the initial parameters. Users can use the coins key to set the value of the coin.

The lines button will help you to select the required number of active lines. The automatic reel start mode can be activated with the AUTO GAME button, and this will allow gamers to speed up the process a little.

The game is all about Olympic Games, attached with some sport disciplines like running, jumping, throwing lance and some other symbols, like the wilds.

This game has also free spins feature, which is similar to ones like in every game and happens 3 or more scatters landing anywhere on the reels, the free spins round is triggered and it will give you 10 free spins, the maximum free spins that, this game can give you is 20 free spins and that is if you hit 5 scatters on the reels and even during those free spins are running that feature can be retriggered.