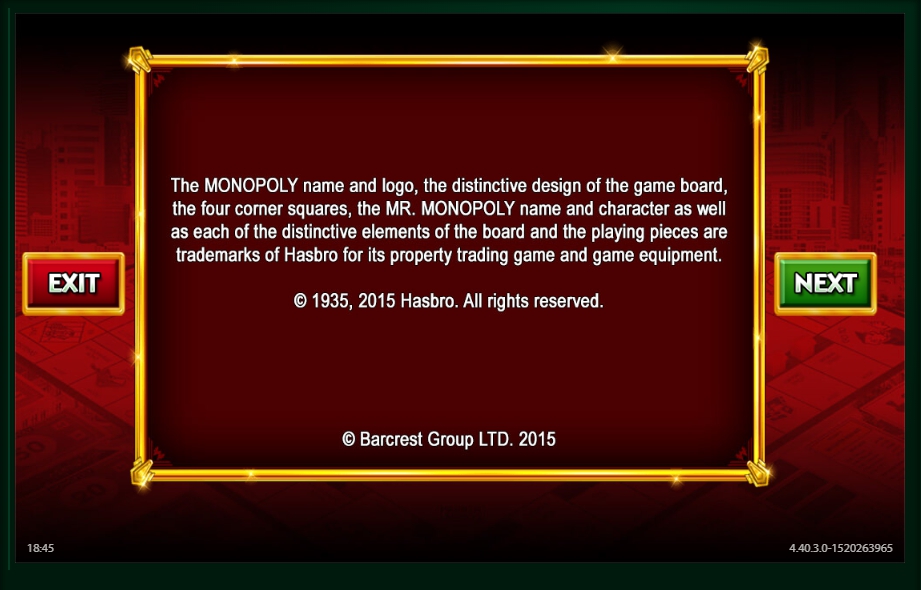 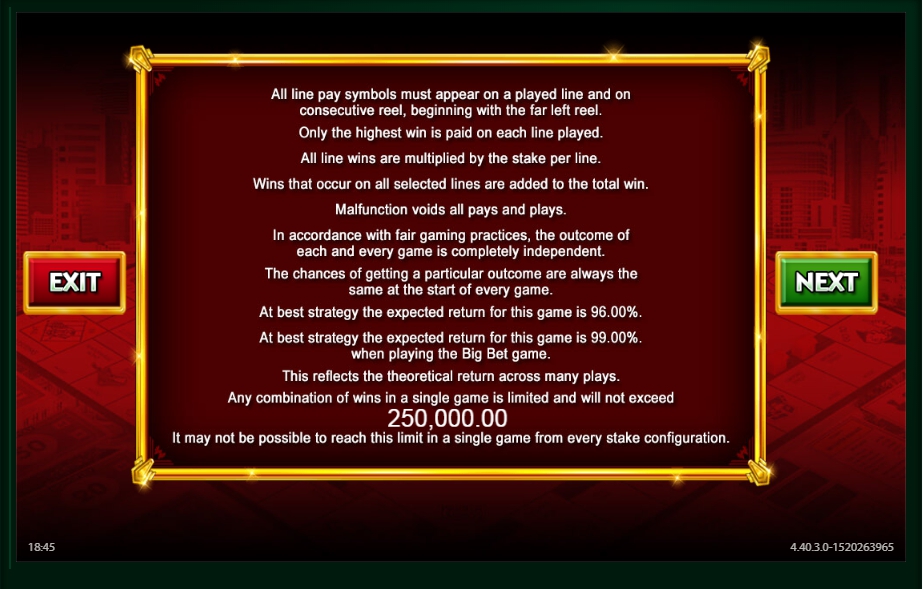 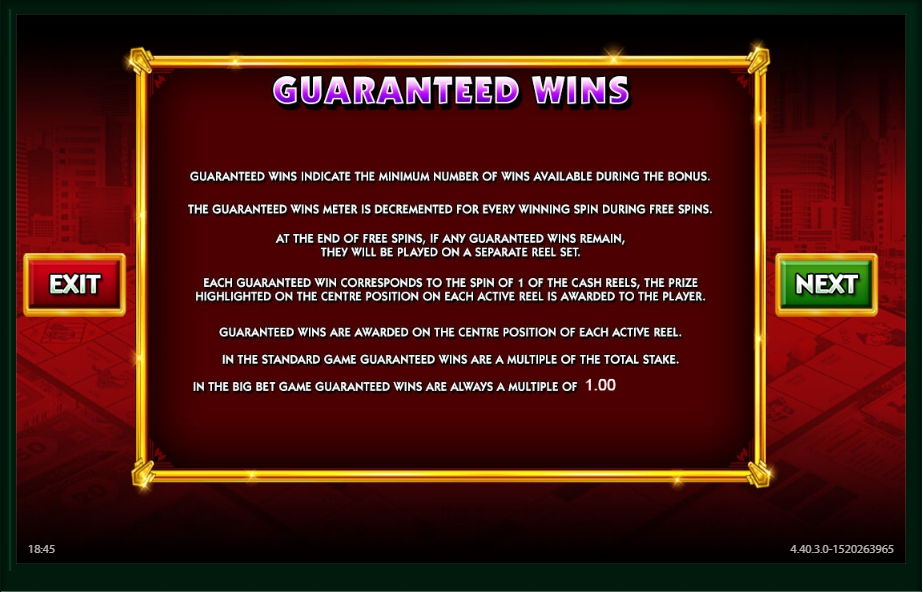 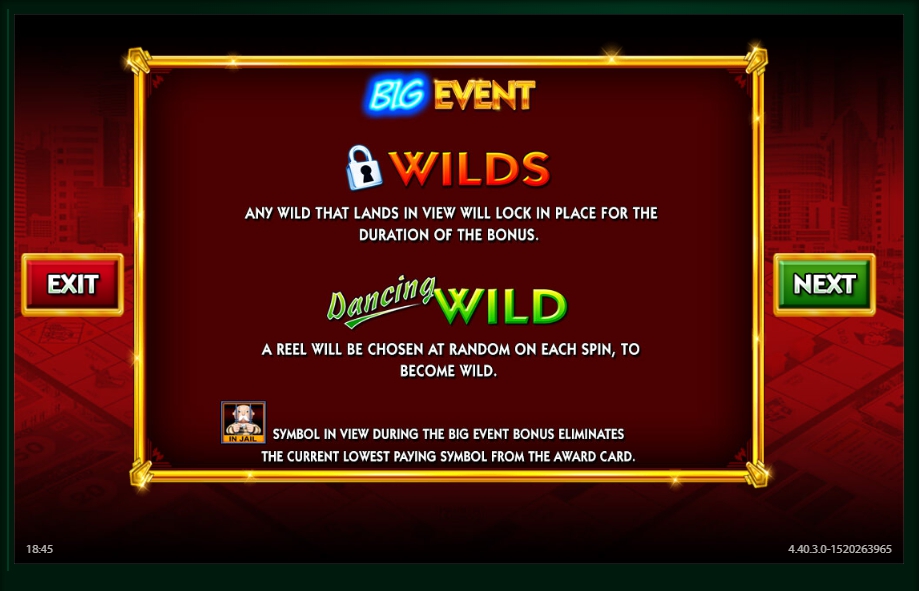 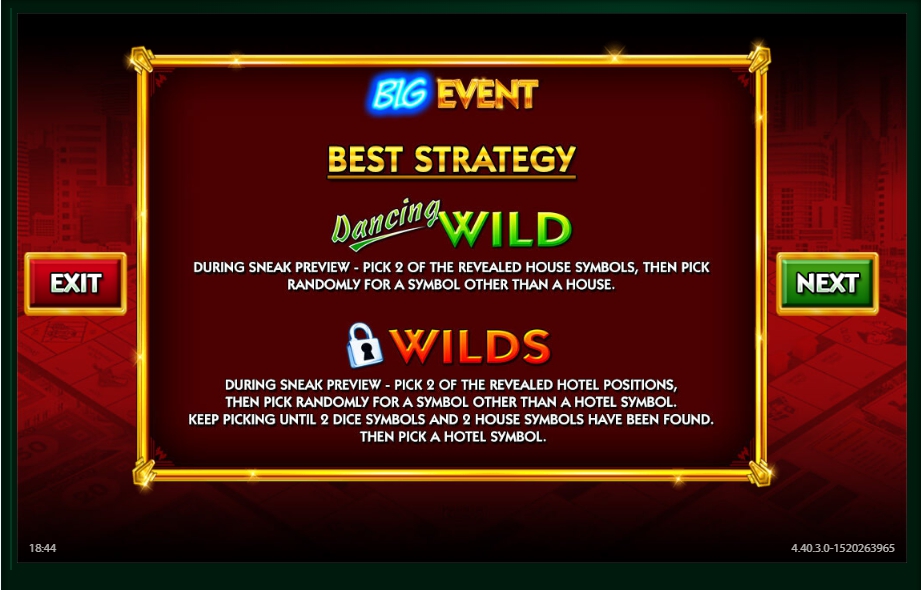 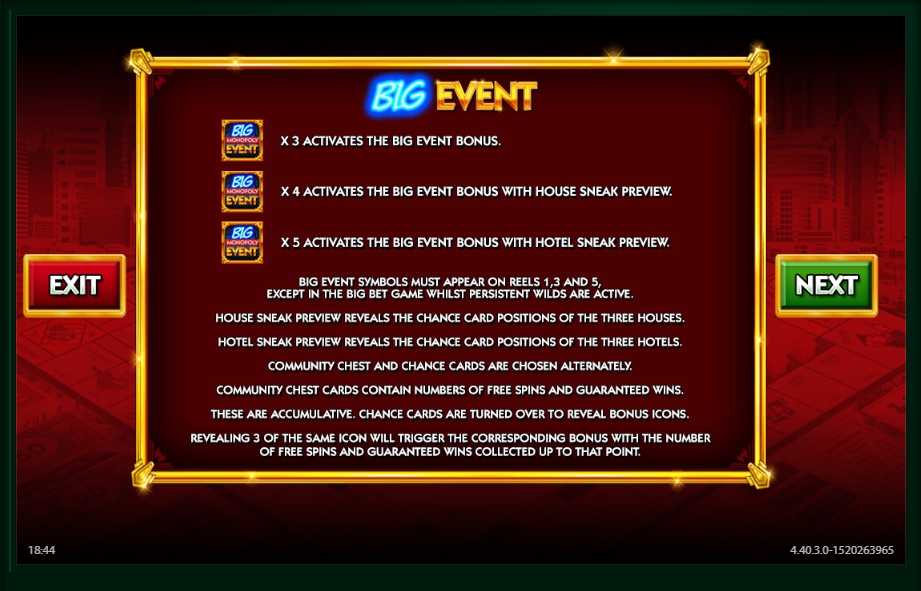 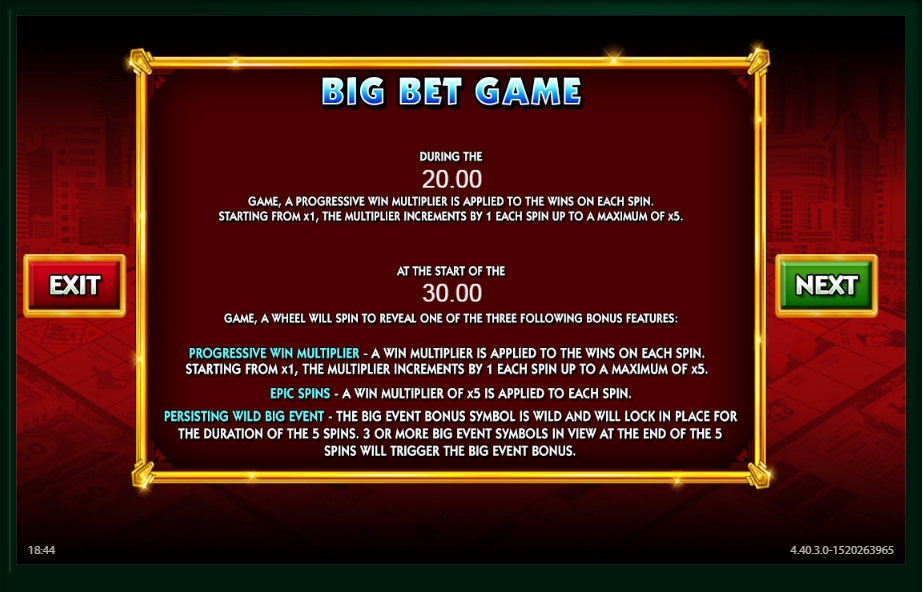 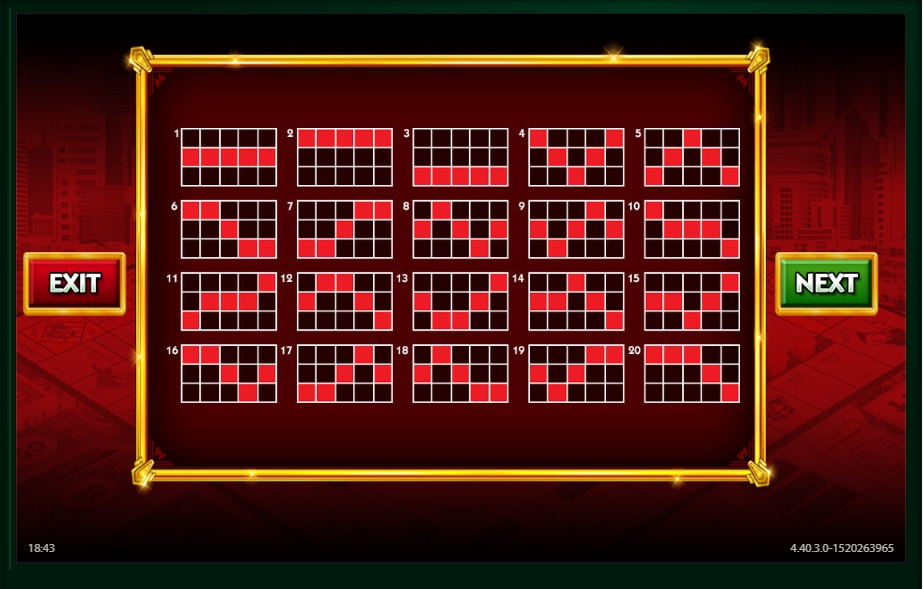 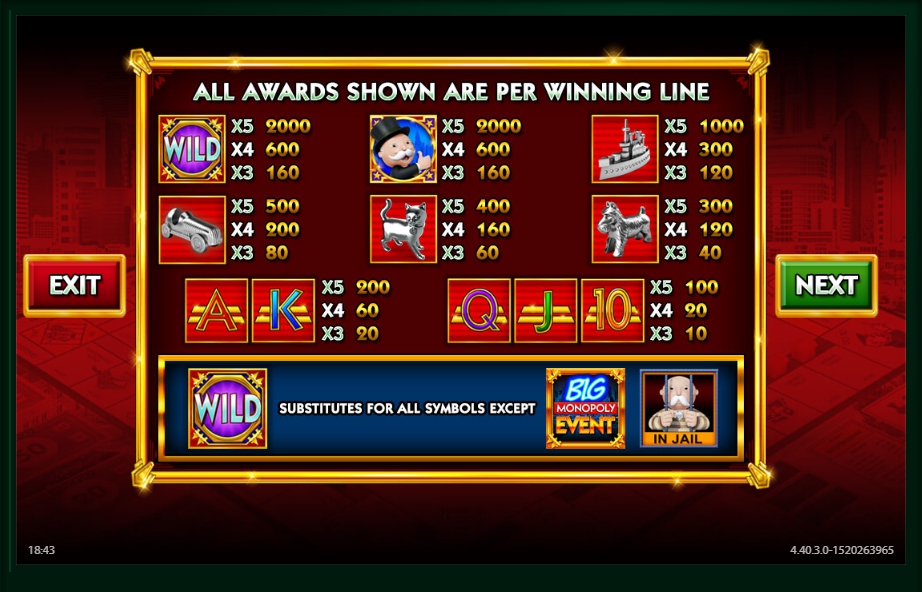 The Monopoly is a cult family board game, which is known for many generations as its first edition appeared in the US back in the 30s of the last century. During this time, Monopoly has become the best-selling table game not only at home but throughout the world. Success in the game depends on the speed of your reaction and the ability to make a specific strategy that will maximize the development of some infrastructure and create a monopoly in the chosen industry. The Monopoly Big Event five-reel slot from the Barcrest encourages you to take a look at the cult game from a new angle. Manufacturers managed to convey the spirit of the original board game, and so the gameplay of the slot is rich in various plot twists, and your success depends on the speed of reaction and the ability to make decisions a few steps forward!

Description of the interface of the Monopoly Big Event gaming machine

The game screen of the Monopoly Big Event casino slot is made in the traditions of vintage slot machines: neatly decorated game drums and many carved wooden details create a sense of severity and seriousness. The logo of the game is on the top and the manufacturer’s seal is usually placed at the bottom, and below are convenient buttons for controlling the slot, familiar to every seeker of luck:

The Monopoly Big Event gaming machine has 5 reels and 20 active lines. The number of coins is fixed: for each line, you can put only one, but the range of bets is impressive – from 1 to 25 cents, which will please both beginners and experienced players. The jackpot in the game is equal to 2000 coins, and the slot return rate is very pleasant – 96.8%, which is a record for the Barcrest Games’ slot machines.

Like the classic board game, the symbols of the Monopoly Big Event five-reel slot repeat its theme: here are presented different cards with hotels, railways, restaurants, constructions of cottages and other large businesses, as well as the attributes of this monopolist: cylinder hat, cane, cigar, and a golden watch. All symbols have their own win multipliers, so check out the payout table before making bets.

The Monopoly Big Event casino game has everything you need to be called good: balanced gameplay, saturated with bonuses and secret levels, a lot of winning combinations and, of course, generous and frequent payments. Beginners can experience their luck if they play Monopoly Big Event in free mode without registration with a casino with Barcrest Games affiliate license but earn no money, and curious and adventurous players can immediately bet on real money and hunt for top prizes.

Other Games by Barcrest

Monopoly Bring the House Down

Monopoly On The Money