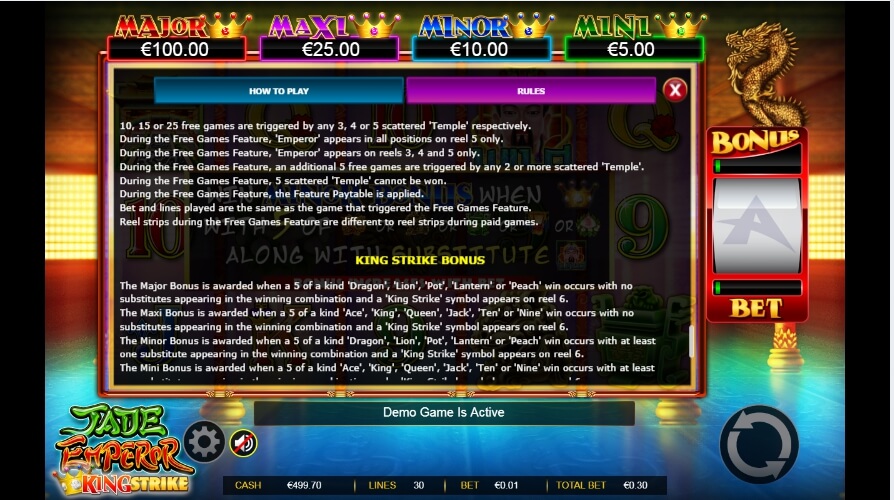 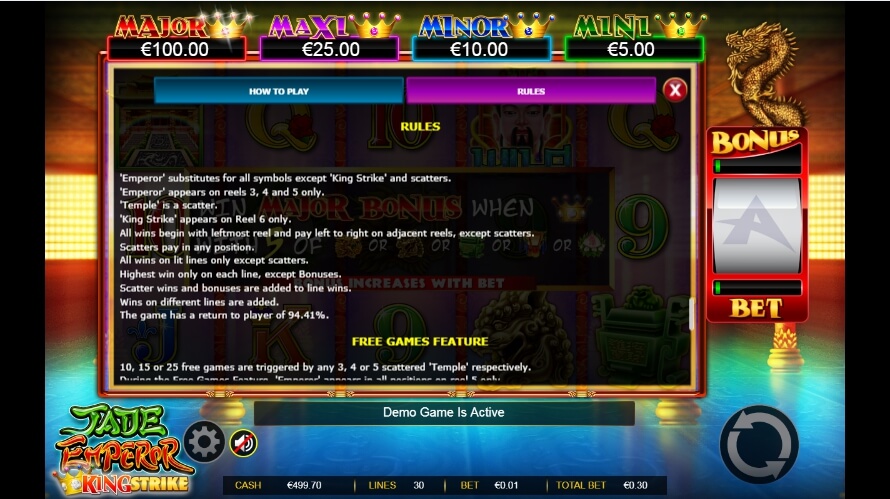 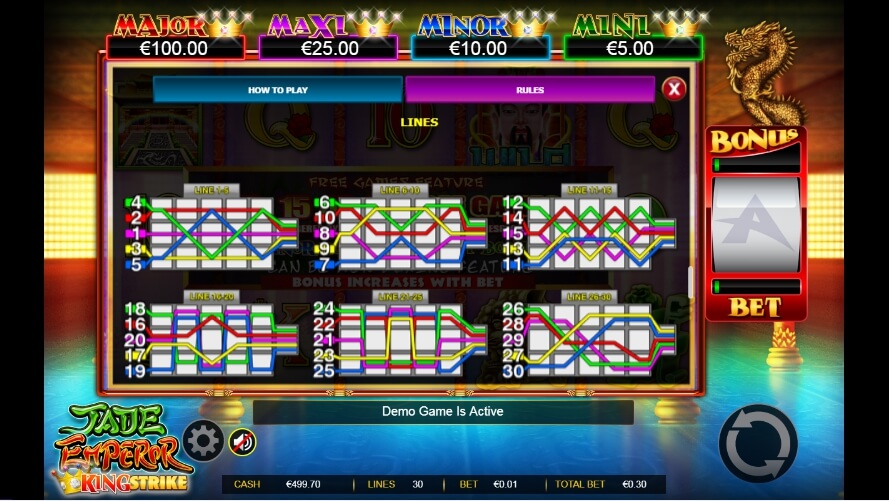 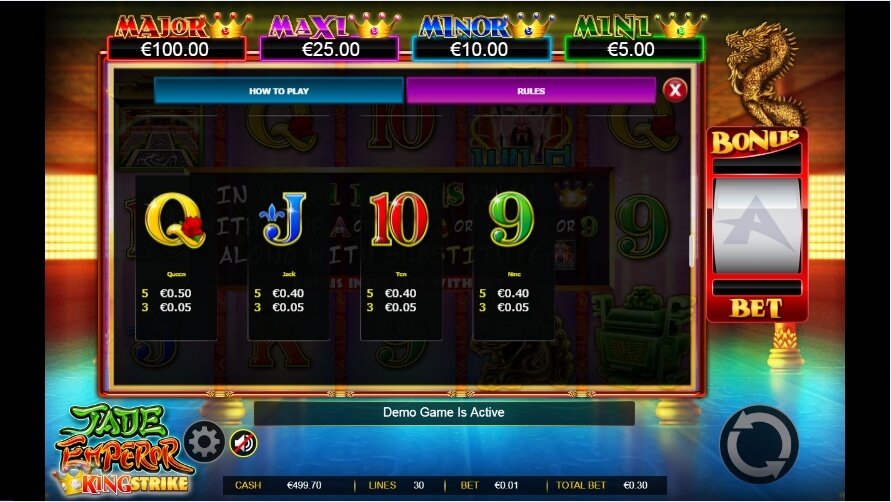 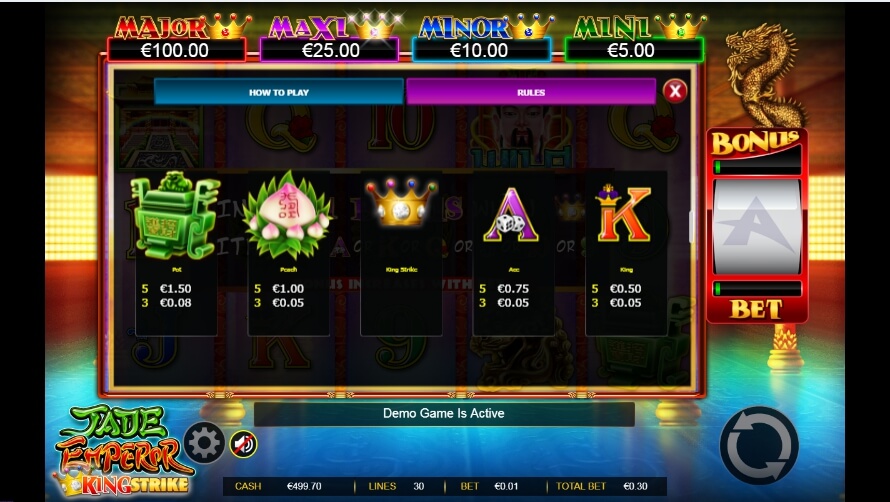 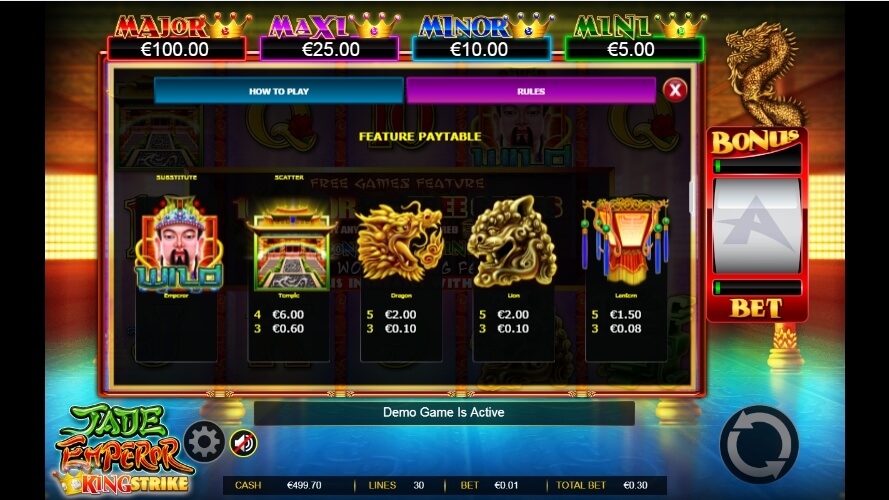 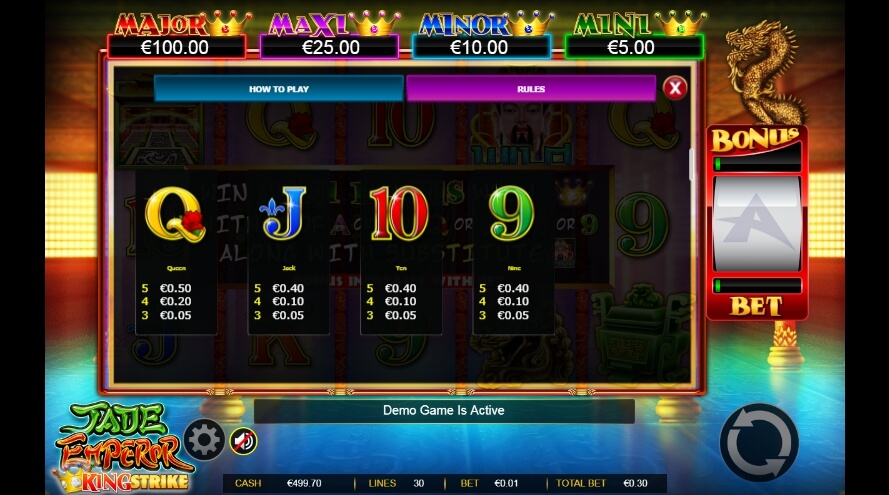 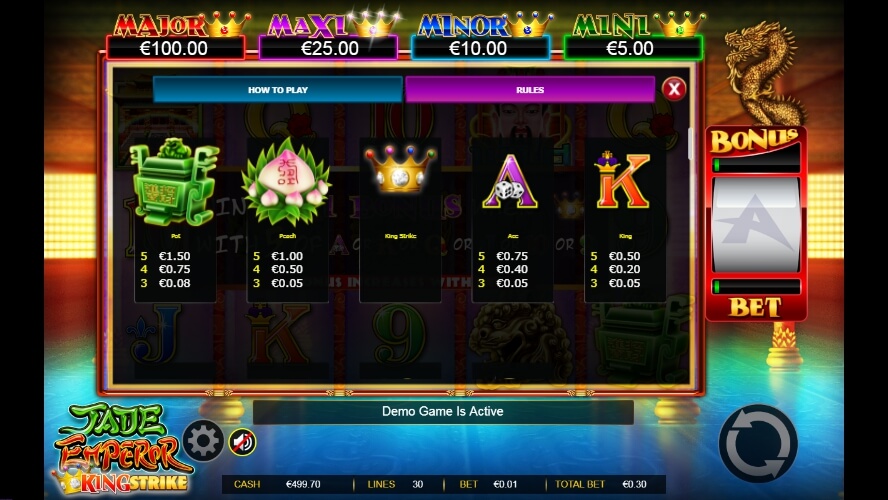 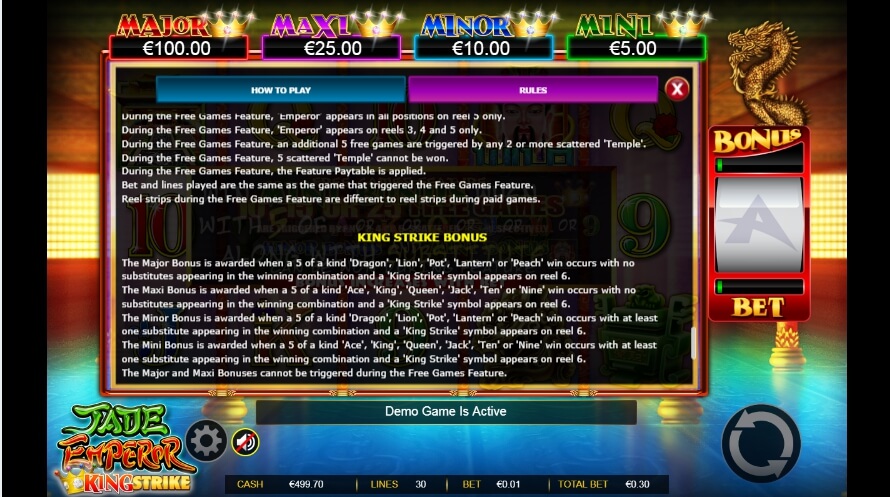 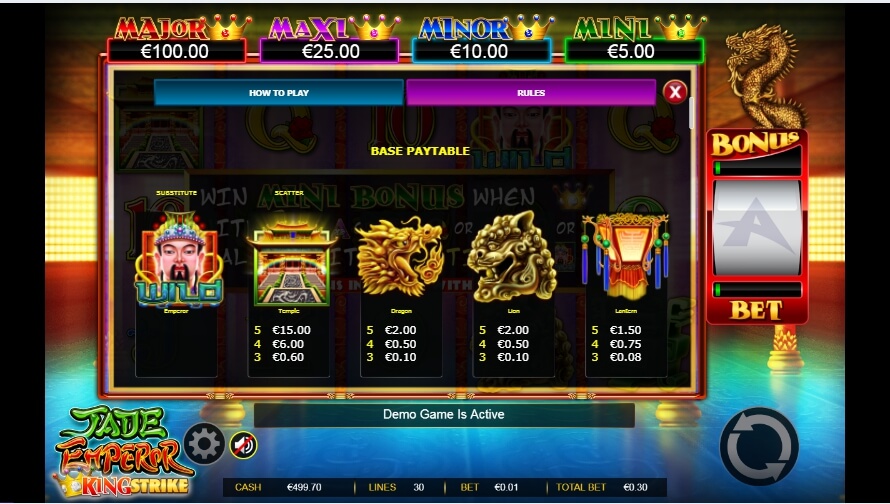 A fascinating story from the Chinese mythology was embodied in a bright and colorful product called Jade Emperor. The video slot from Ainsworth Gaming Technology will open up an opportunity to pass along the path of enlightenment and master all the spiritual and material treasures of the world. The game offers an interesting storyline that is filled with symbolic overtones and meanings. Also, an unusual concept was implemented here. Let’s take a closer look at the features of this video game and its features.

The history and mythology of the East is a completely different view of the universe and human. The colorful and exotic culture of China is an endless source of inspiration for game software manufacturers. Therefore, the Ainsworth manufacturer also drew attention to it. The development team recreated the worldview and spirit of the Celestial Empire in the bright symbols of the slot machine.

The main personage of history is the supreme god Yu-Di. In his hands the fate of the world and the country. Mighty dragons are also shown on his clothes. Sacred jade will help you to catch your luck. This stone has long been credited with the ability to reveal to people the secrets of the gods and the path to spiritual enlightenment. For this reason, the jade emperor is the most honored deity in China.

The design of the video slot is conceptual in nature. The background of the slot shows the ceremonial hall. The entourage is enlivened by bright and picturesque paintings that describe local traditions and beliefs. These thematic pictures create a peculiar hieroglyphic message to the player with the wishes of success and prosperity. This impression is supported by the golden dragon. In the center there are 5 reels and 30 paylines.

First, the player is recommended to visit the theoretical section. To do this, click on the button in the left corner. It opens an additional section. There are also two scales (bet and lines) that regulate the size of the game indicators. At the bottom there is a line where all game indicators are displayed. A large button with round arrows activates the standard game. In this case, the round can be stopped ahead of the schedule. The “+” key turns on the automatic mode.

Yu-Di is the supreme god of the Taoist pantheon. So, according to ancient legends and stories, he can change the course of the history and also manage all processes. Therefore, this character serves as a joker in the game. This god can replace all the base images and donate real money.

To do this, he must take part in the chain. After it happens the player will see the bright animation. Visitors can also read the game for free without registering. To do this, you need to activate the demonstration version onour website. This option will allow you to familiarize yourself with the game and its characteristics.

Other Games by Ainsworth Game Technology