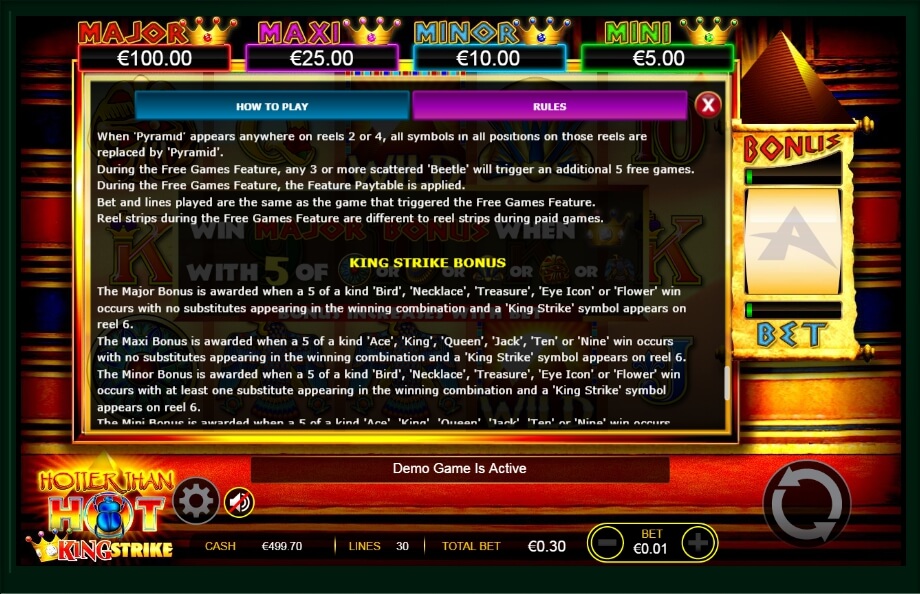 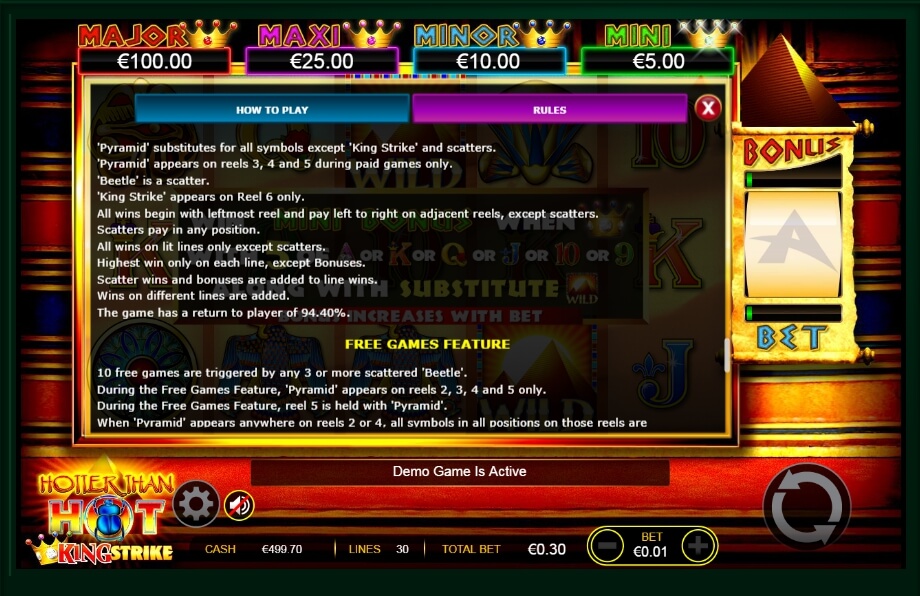 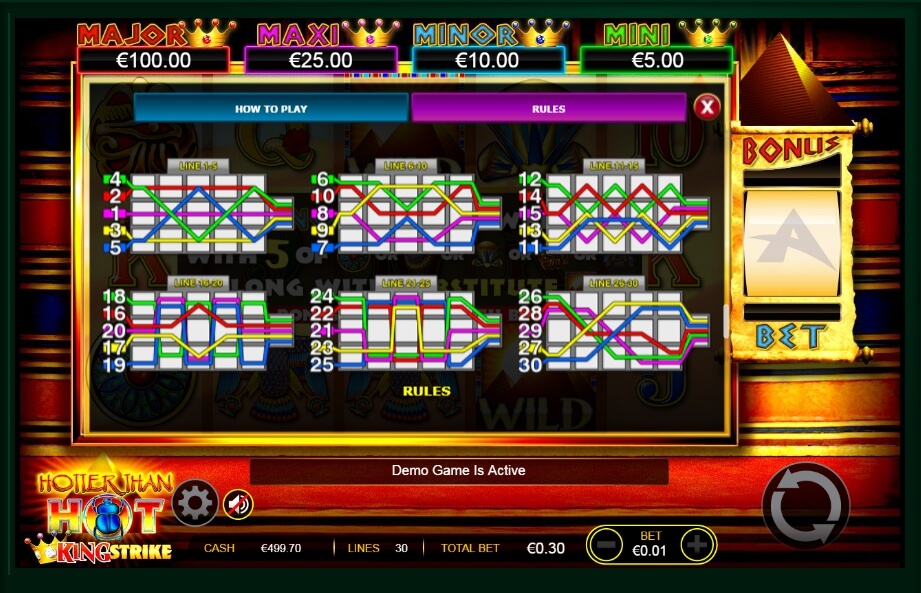 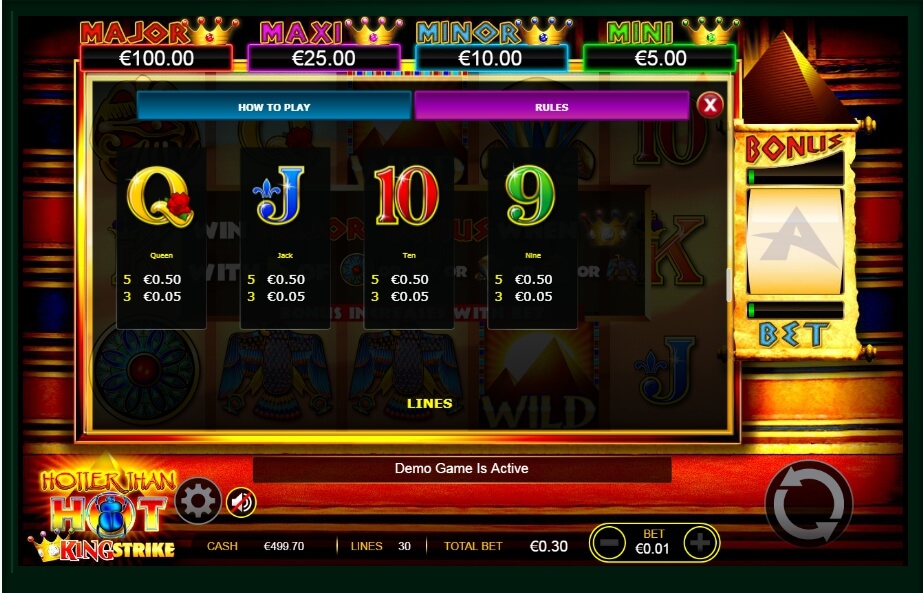 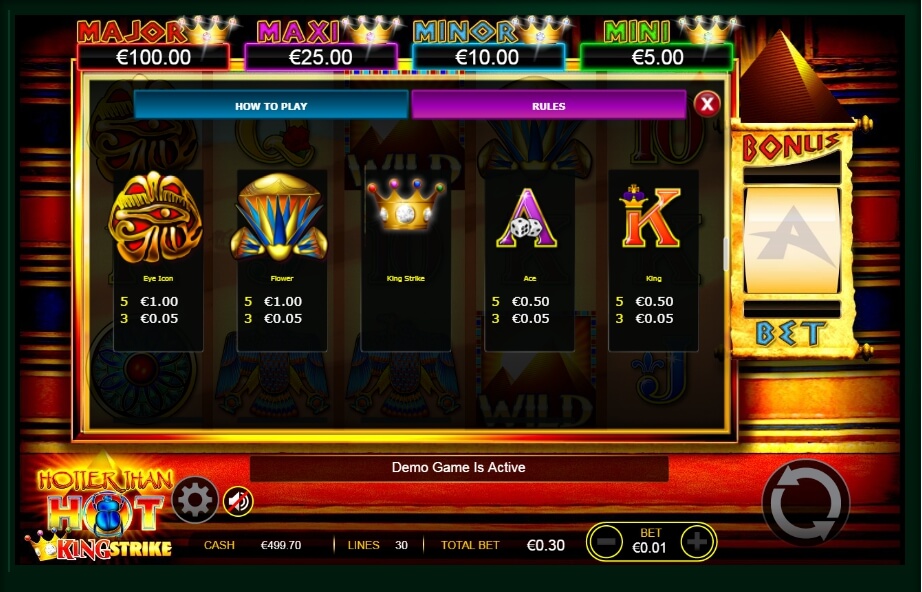 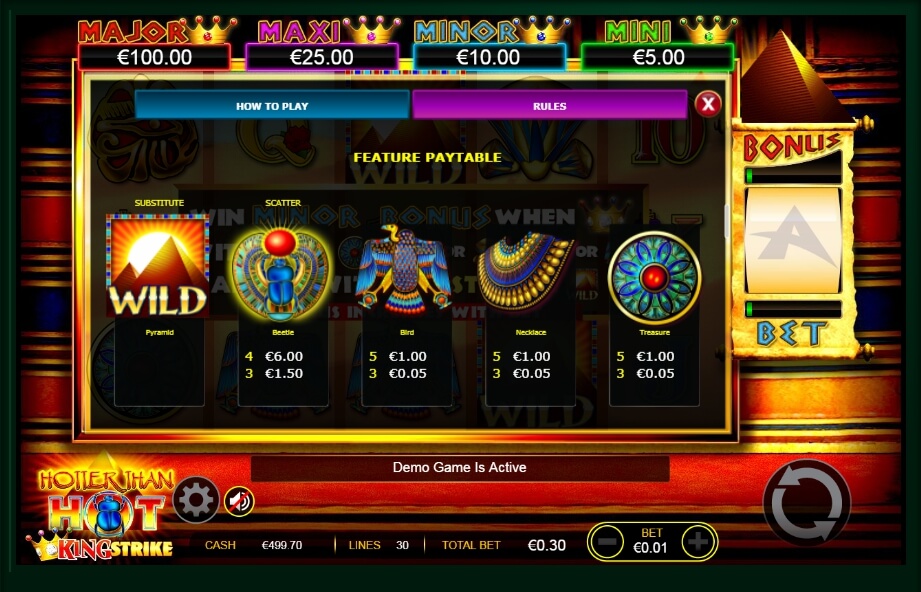 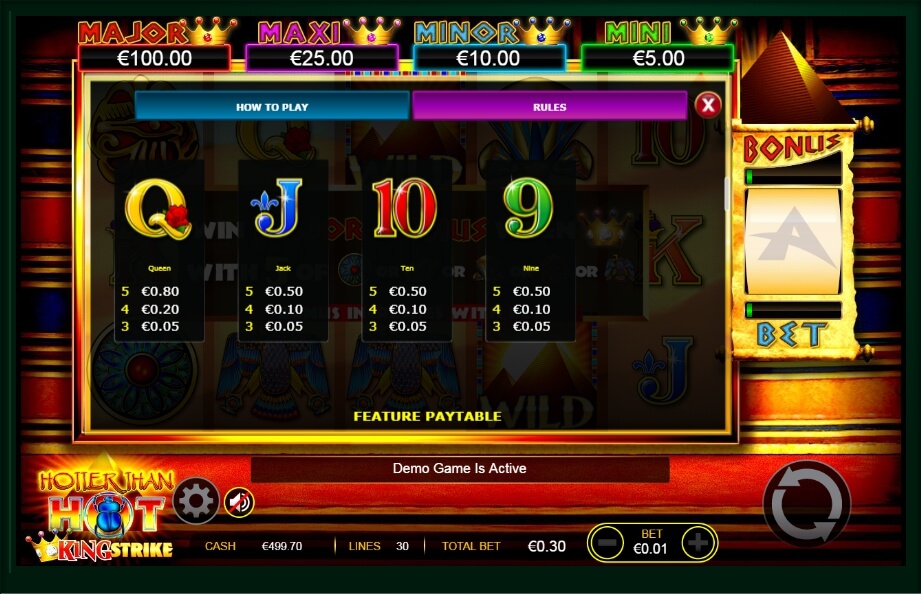 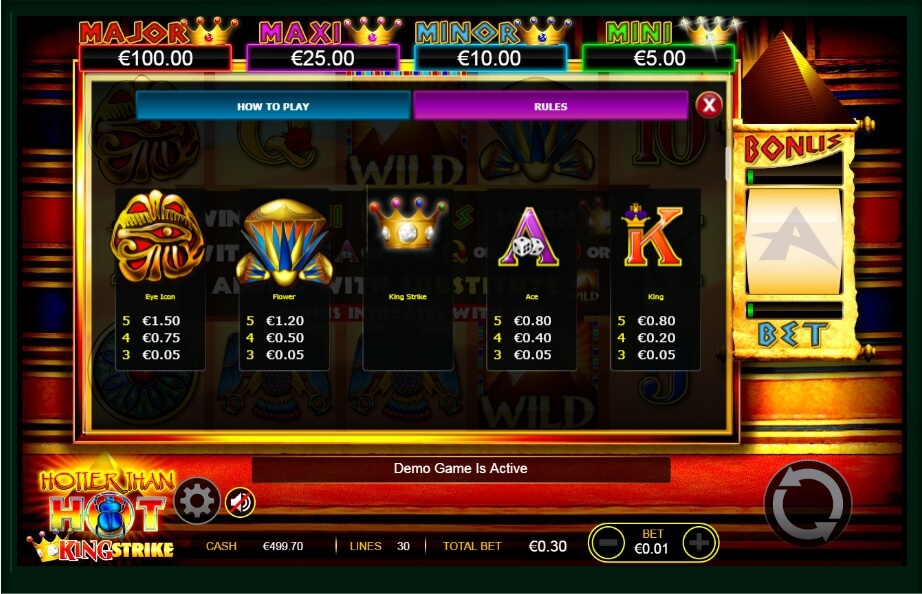 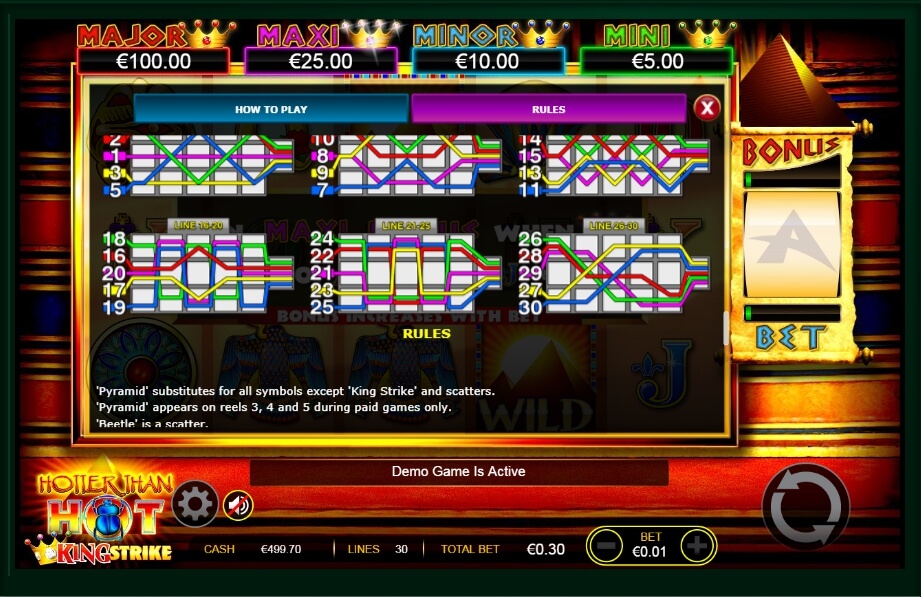 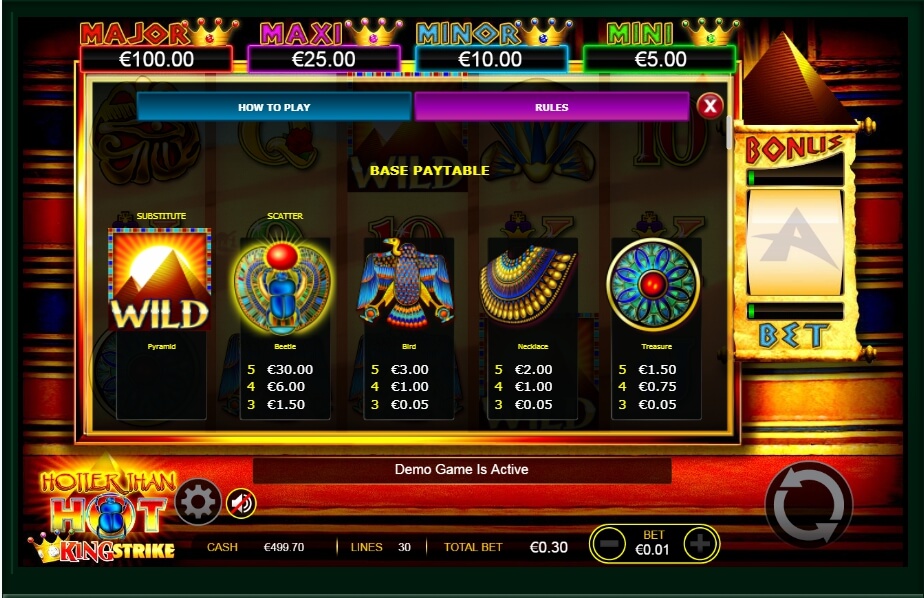 Have you ever tried to play the models that tell about the amazing country of pharaohs? If not, then we will look at another product that was developed by Ainsworth Gaming Technology. Hotter Than Hot will appeal to all players who like games with unique opportunities. This model will transfer players to the world of deserts and pyramids where the treasures of all pharaohs are hidden. Did you know that after the death the rulers were buried with their sacred things? You have a chance to test this theory in the new video slot that was created by professionals.

The style of the slot machine fully reflects the name of the game and its main theme. On the monitor, you can only see the orange colouring, imitating the Egyptian desert. After the user opens the game, he/she sees that it was created using modern technologies. A back background is made in the form of a hot desert. The playing field is transparent, so you can easily enjoy the beautiful scenery. Do not forget to take sunblock!

The slot machine has a concise and intuitive interface that does not have unnecessary functions. They are all in the tab that opens with the gear icon. First, the user needs to open a theoretical section that is represented by the “i” symbol. Here you will read the game information and also learn the payout table. After that, you need to set the game indicators.

By using the BET function, the participant can bet. Combinations appear on 30 lines, the number of which you can also adjust using the appropriate function. In the lower right corner, there are two buttons that activate two rotation modes: single and automatic. With the help of the second function, the client can relax and rest.

The video slot does not have complicated rules and functions, so the game is available even for a beginner. The layout of the slot corresponds to its theme. This is confirmed by the soundtrack that can be turned off at the player’s will. In our online casino this and other models are available without registration and additional downloads.

Wild (pyramid) does not give payments, as it drops only on the 3rd,4th and 5th drums. It helps to make combinations of other pictures. A joker can appear in columns with vertical stripes. Scatter generates combinations regardless of active lines and the location on the screen. Winnings are calculated at the general rate. King Strike (crown) is represented only on the sixth reel and launches an additional round.

The user can participate in the “Free Games” round. The player will receive ten spins, during which he/she will not bet. Here an alternative set of pictures is used, which is more profitable for the client. The fifth column is completely covered with wild icons. These are all the bonus options that you can use playing the gaming machine.

Other Games by Ainsworth Game Technology