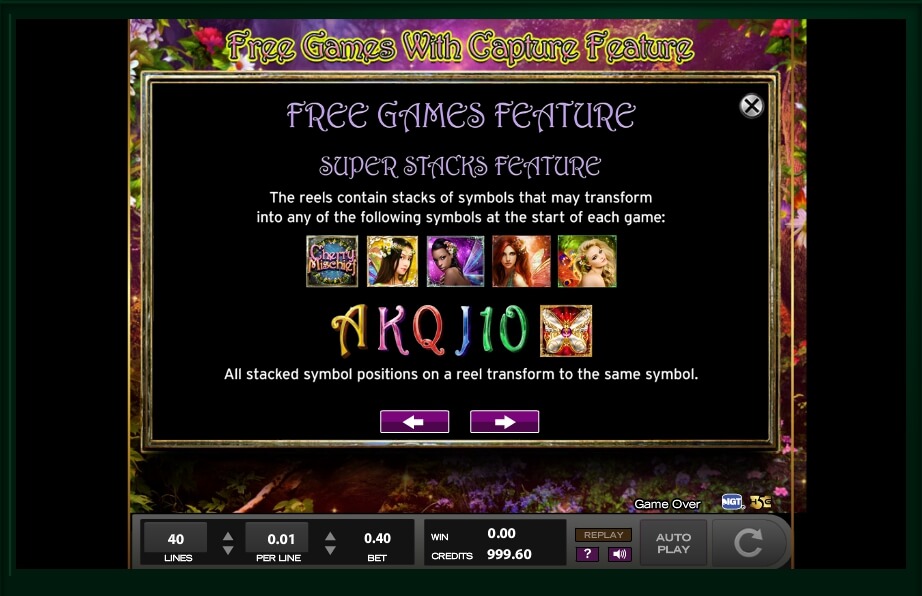 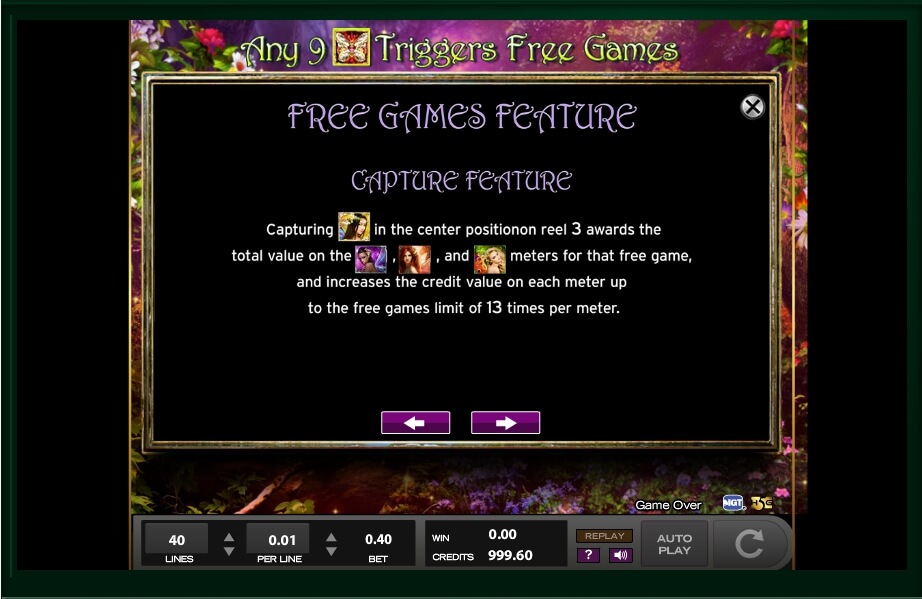 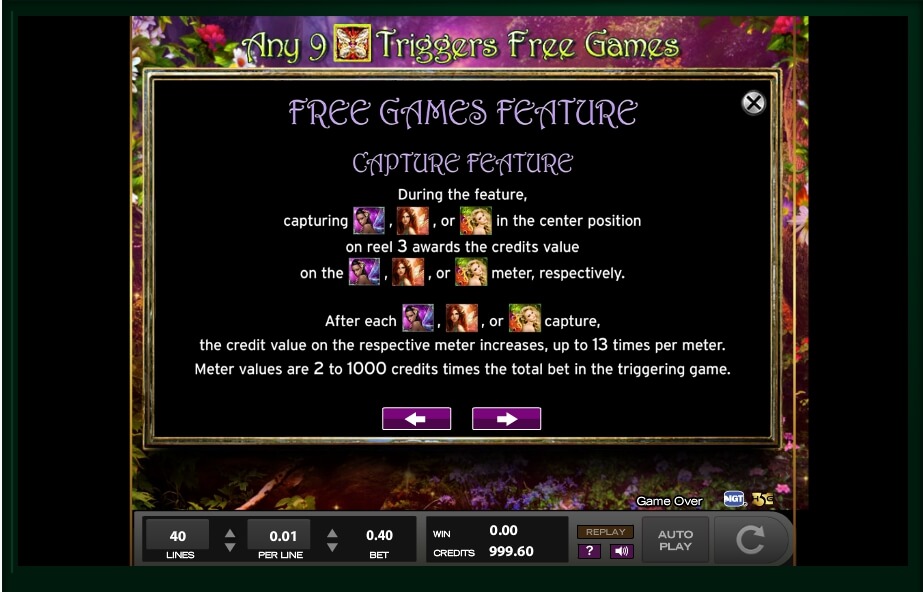 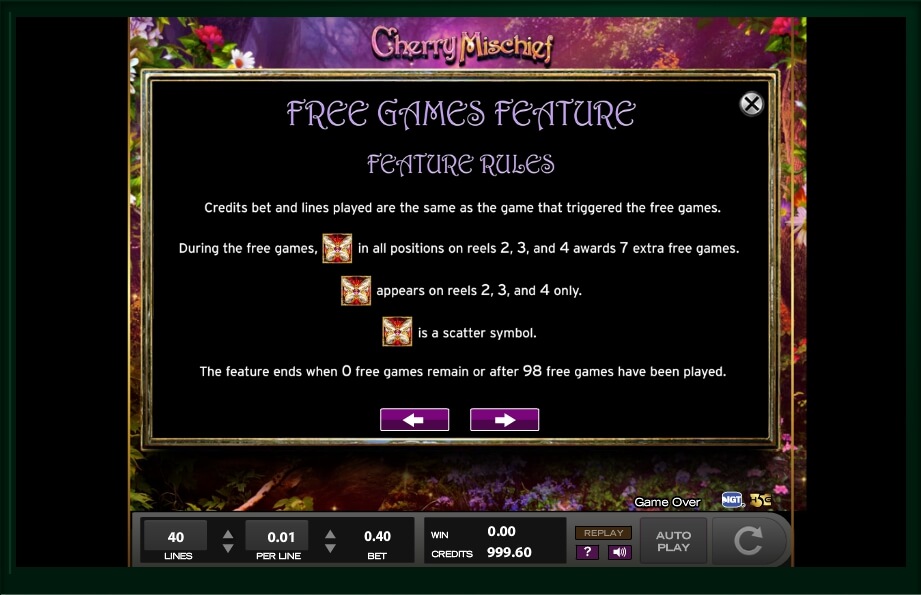 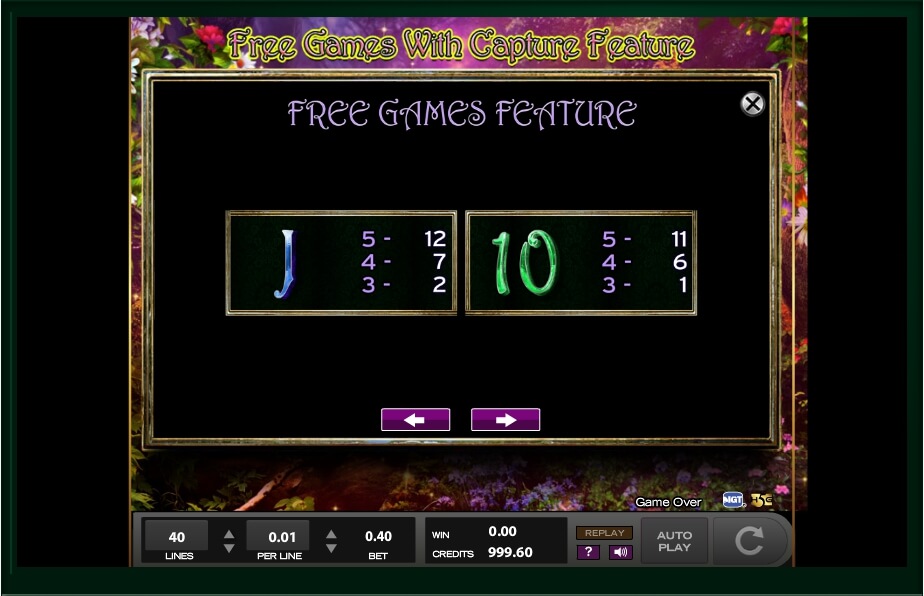 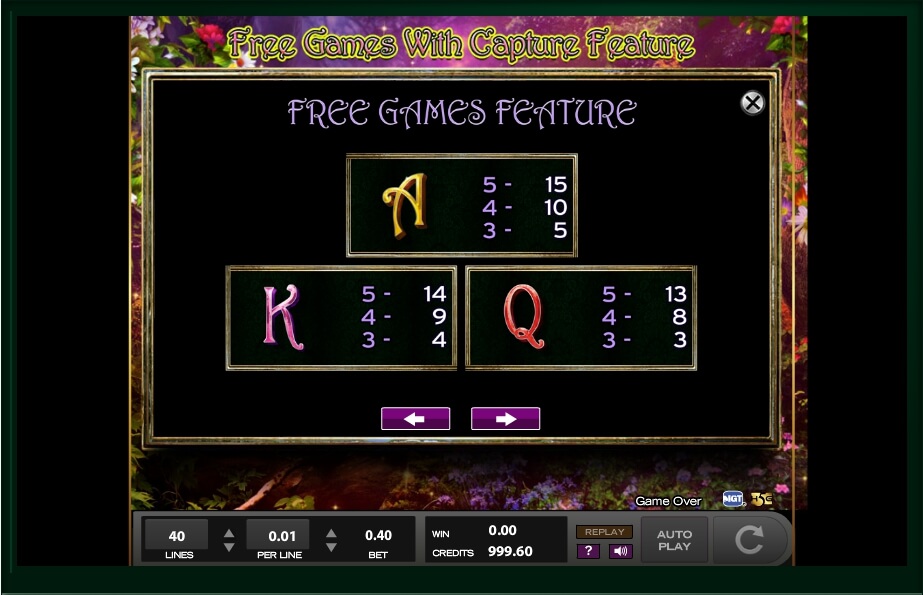 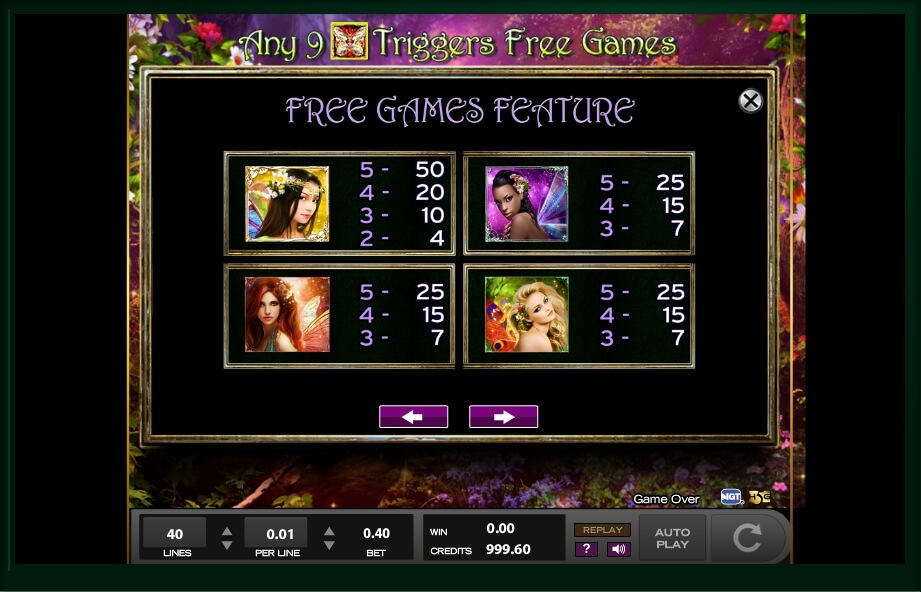 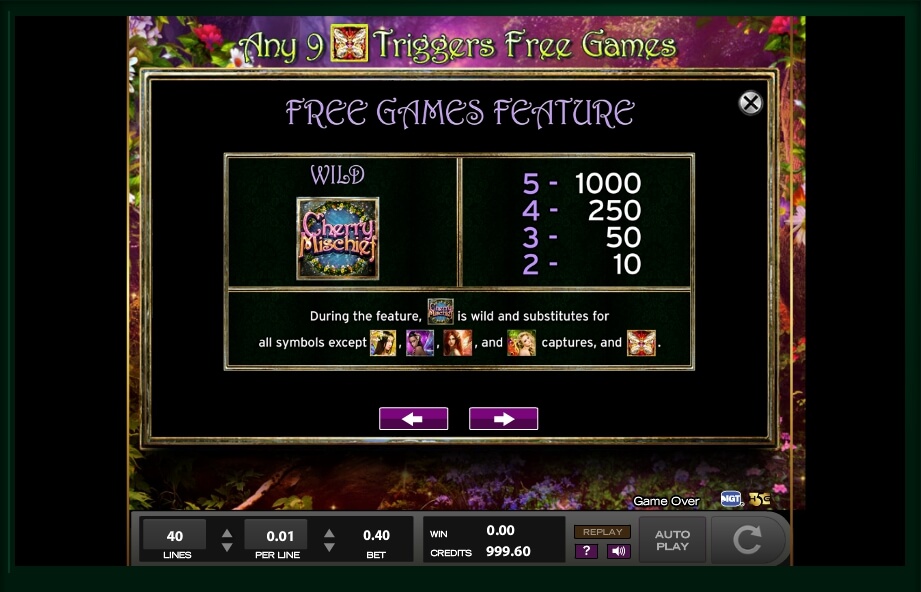 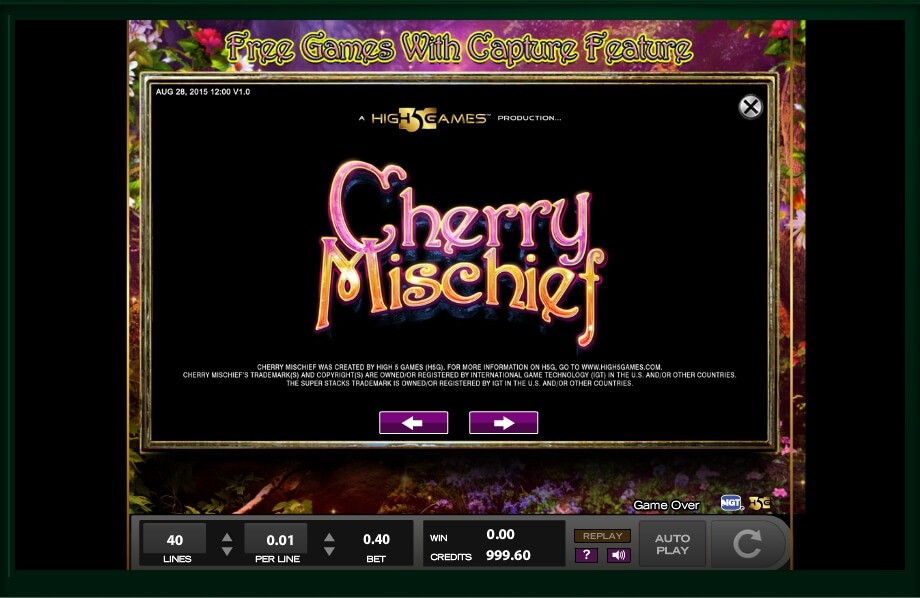 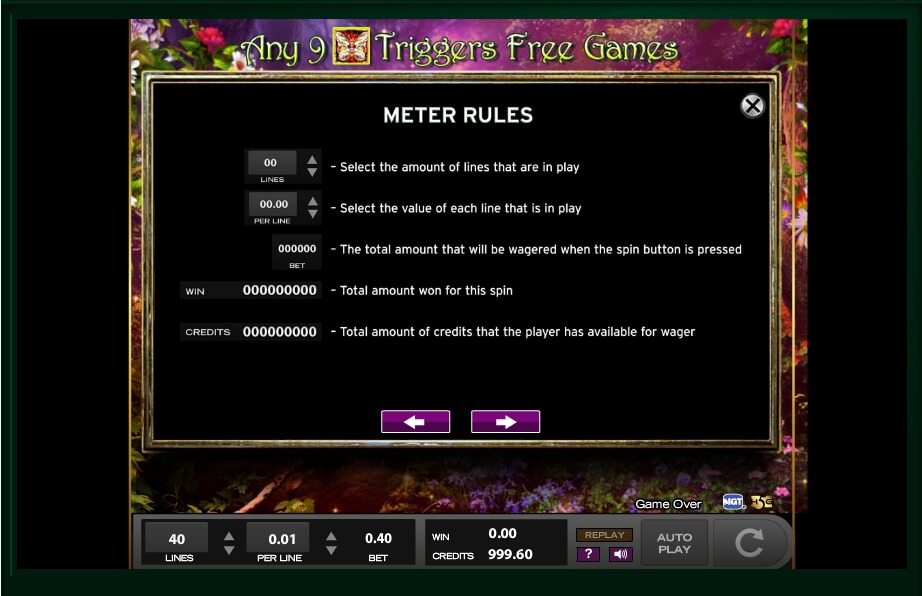 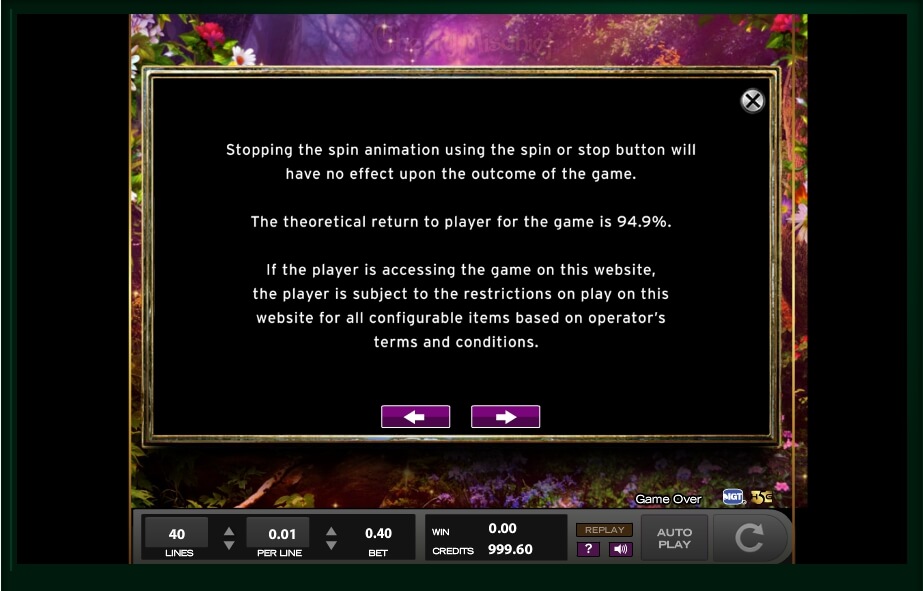 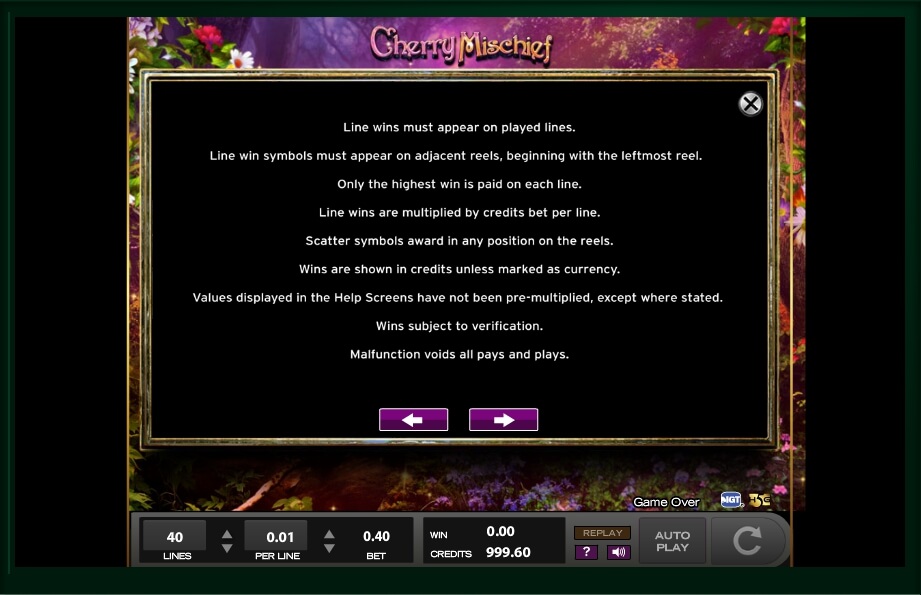 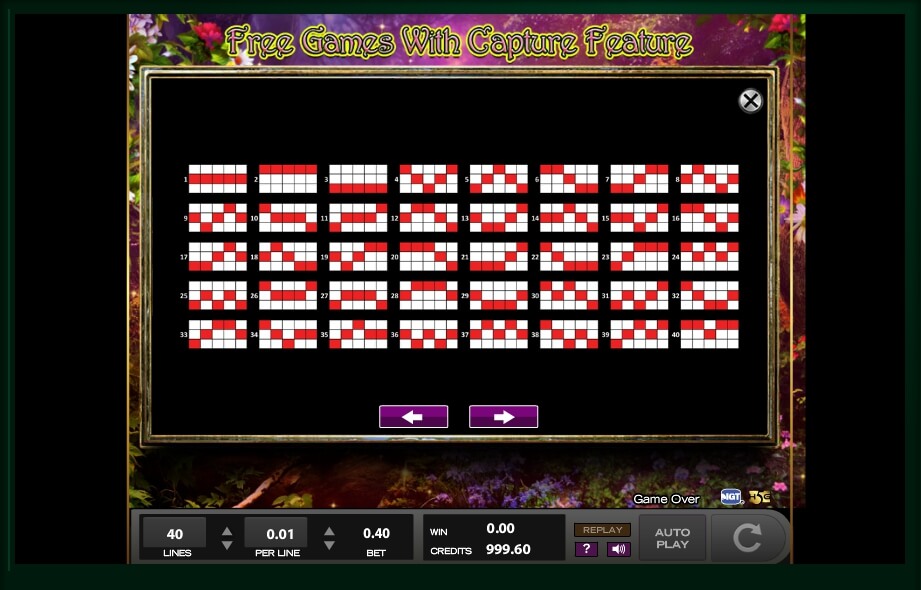 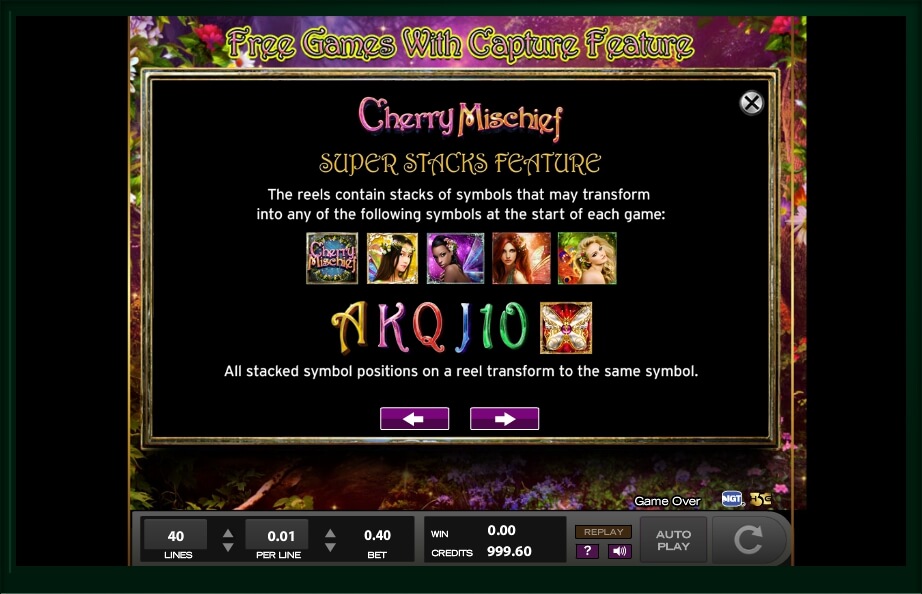 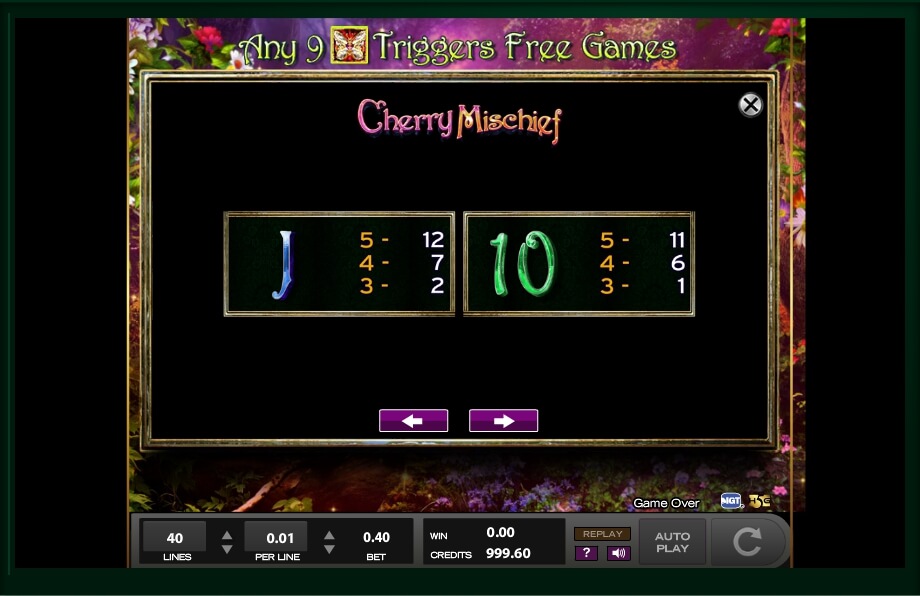 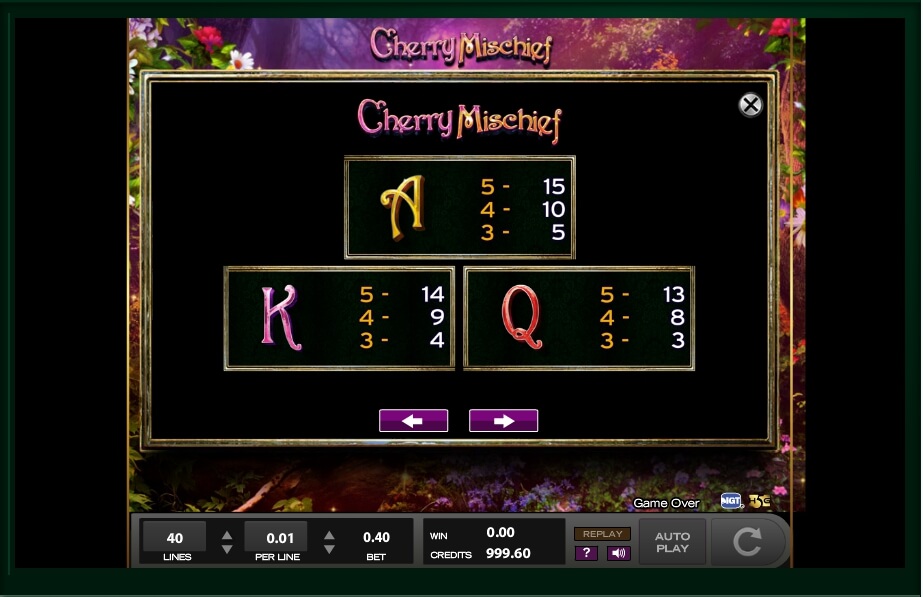 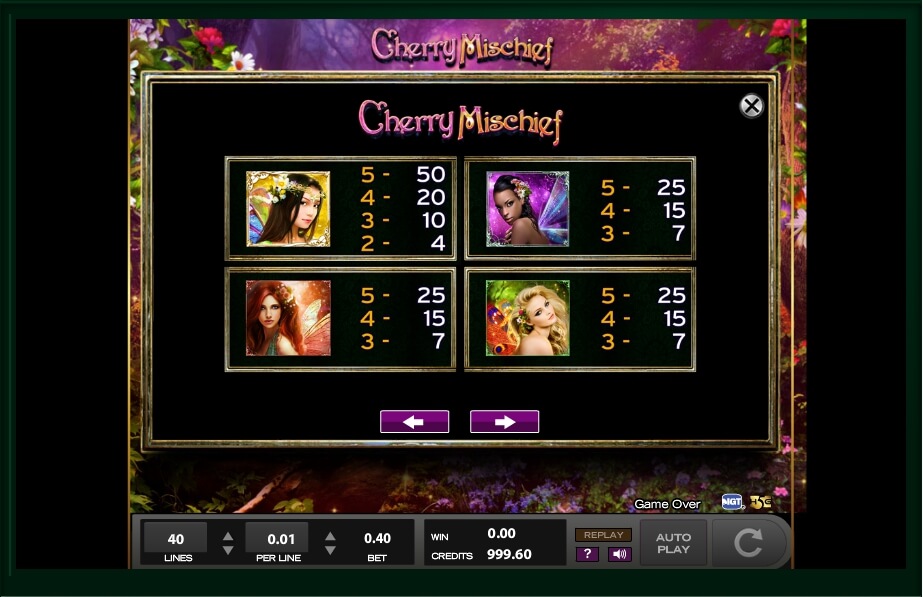 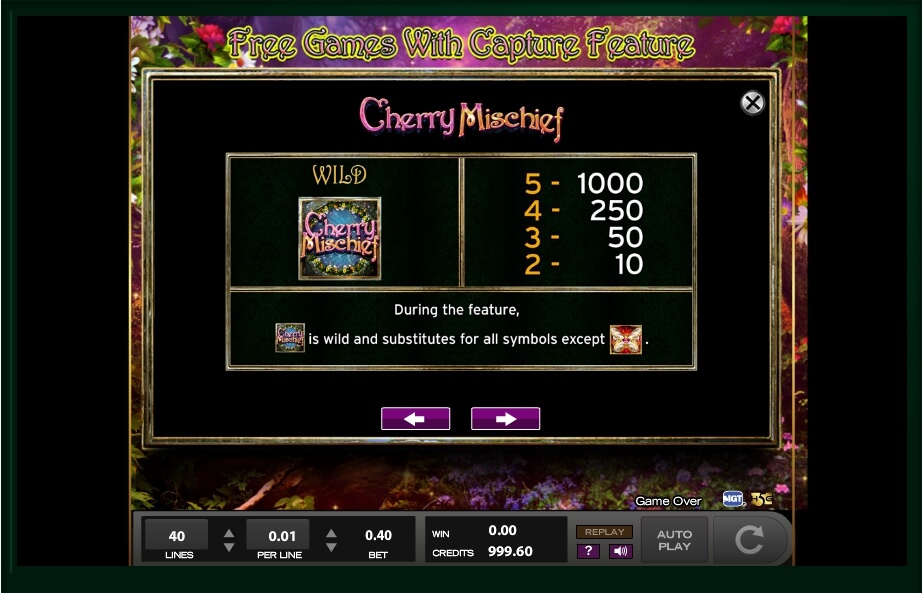 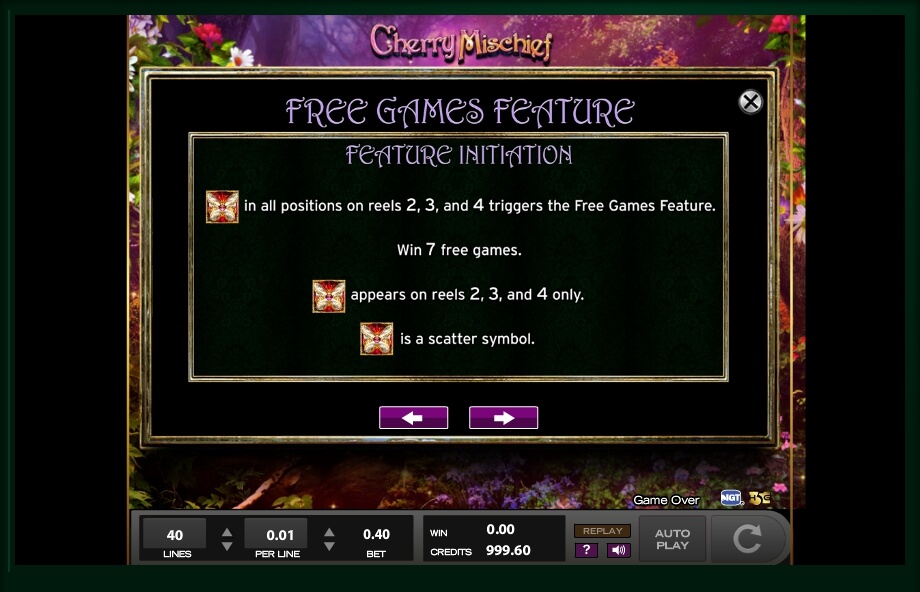 Neverland, where fairies fly and the calm wind blows, flowers blossom and a melody from leaves is tickling, is a destination point for those who tend to dream instead of living in the grey routine of the daily life. No wonder that such a topic became a good source of inspiration to the High 5 Games company with its another slot called Cherry Mischief.

Here players have exactly what they need: a shiny forest, beautiful fairies dancing all around, as well as cute, calm and quiet music playing just at the border of the player’s mind. The great atmosphere of wonder and fairy-tale reigns.

As for the game flow, Cherry Mischief has all the classic features needed for a good and long playthrough. From the start, there are 5 reels with 3 rows to spin around and 40 paylines to make combos from. The quantity of paylines per spin depends on the actual bet placed. The minimum possible bet is 0.01, while the maximum one is limited to 1.0.

Since the autoplay feature is disabled here, each new spin should be done thoughtfully and carefully, being deeply weighted. And, once all the preparations are completed, feel free to spin. The gameplay itself is calm, filled with an enormous amount of bonuses, wild cards and free spins to make the play captivating, engaging and entertaining for players.

As for special features and bonuses, there is also a classic set of everything players want for a good game. From the start, there are wild symbols that help you to build-up more profitable combos. The second point is the super stacks feature, which means that successful combos will stack on reels for the next spin or two in order to make even better combination in result.

And the third interesting feature here is an opportunity to collect fairies. There are three beauties that can be taken, and one of them is the Queen of fairies. The more fairies you collect, the bigger the overall winning cash will be. Moreover, if you are lucky enough, there will be an option to trigger a massive jackpot game that may result in a 40,000-credit payout depending on an actual currency in use.

Caught in the Widows Web