How to play Blackjack – Ultimate Guide for Beginners 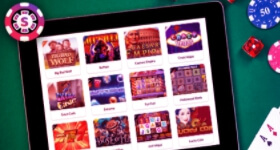 Blackjack is one of the most popular card games in any online casino. However, unlike, for example, slots, it requires not only an understanding of the game principle, but also the correct and well-thought strategy. Please, read this article to find out some basic rules of the game, useful tips and of course some interesting facts about Blackjack.

Blackjack (sometimes called 21) is one of the most widespread card games where one or more gamblers play against the dealer. The first reference to this game is known to be found in a book of a world-famous author Miguel de Cervantes in the 1500s, but the game itself gained popularity in America in the 1900s.

The idea of the game is quite simple: the player needs to score 21 points, or more than in the dealer's hands, but in no case more than 21.

Of course, it is very important to choose a reliable online casino to play blackjack, but it is much more important to understand the intricacies of this game.

There are lots of games similar to blackjack, but after reading this article you will get to know how to play a standard version of blackjack.

How to Play Blackjack: Step by Step Guide

The first and one of the most important things is to join the table you are going to play. Once you and your partners are ready, each of you will get two cards (face up). The dealer will get two cards as well, but one of them shall be face-up, and the second one shall not.

Decide Whether to Hit or Stand

While thinking over your next step, you should estimate your hand value and all the cards. By doing this, you increase your chances of getting 21.

If you are closer to 21 than the dealer, we congratulate you, as in this case you are the winner. So, the one who is the closest to 21, wins. If you were lucky enough, the dealer would pay out all your winnings. The amount of your winnings depends on your bet. 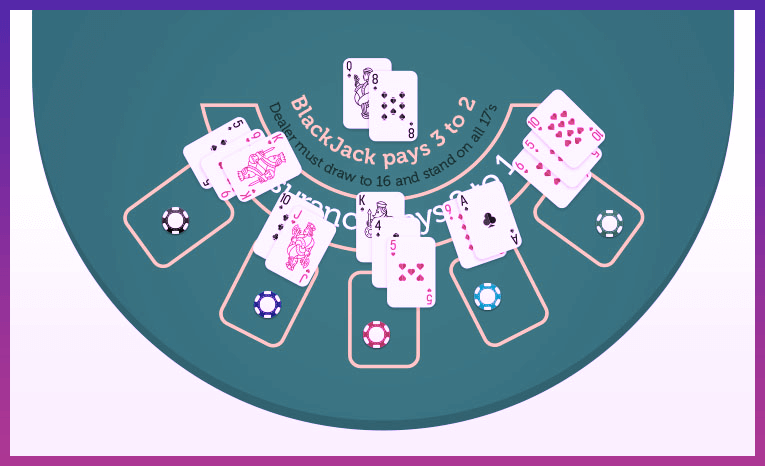 So, now you know all the steps you should follow to play this game. Nevertheless, there are some other essential rules you'd better know. It is always good to be aware of the amount of payouts in different situations. Also, you should know what move is the best one in this or that situation. So, look through the following additional conditions:

If you already know the basic rules, you might be interested in advanced options. So, let's have a look at some of them:

Learn to Split Your Pairs

Splitting your pairs is very often overlooked, which is a pity, as this trick can help you get lots of benefits. The main principle of this tip is dividing two cards into two hands. So, if you have decided to use this tip, you have to match two bets (new and original hands). Also, there are some downsides. Splitting can't be used in any situation, but in some cases it is essential, for example:

Double Down When the Time is Right

Doubling down is ignored rather often. So, let's have a more detailed look at this thing. With doubling down, you double the wager you already have and get one more extra card. This tip may turn out to be very valuable in terms of winning. Nevertheless, similarly to other blackjack tricks, sometimes, you will not have a chance to use this tip, it entirely depends on your hand value. For instance, some online casinos will not allow any double down if you have 11 as it weakens their advantage. So, if you wish to double down, you have to inform the dealer about that. You'd better also announce your intentions verbally to avoid any confusion or misunderstanding. Also, there are some situations where it is advisable to double down. Let's have a look at some of them:

Learn How to Play a Hard Hand

Now we are going to tell you about another blackjack trick called a hard hand. All players should know the difference between soft and hard hands, as both of them can be played in many ways. A hard hand does not include an Ace. So if you have a 10 and three, it is a hard 13. A hard hand is the one that can bust easily (in just one hit). In general, hard hands are rather risky to have.

Understand How to Play a Soft Hand

So, what is a soft hand in blackjack? This is the one that does not include an Ace. So, if you have an Ace and a two, it would be treated as a soft 13. This hand cannot bust just in one hit. The Ace here may equal 1 or 11, so it is possible to make your hand better. For instance, if you receive an Ace and a five, you will get 15. Usually, a soft hand is loved more than the hard one.

The Biggest Blackjack Win Ever 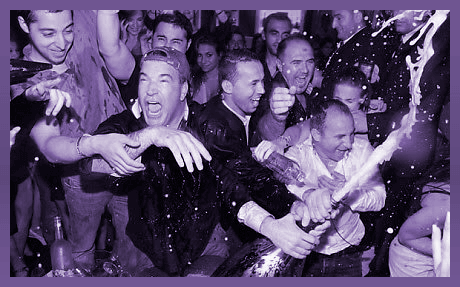 At Tropicana, that lucky devil ended up wagering $800,000 each hand and the dealer actually busted. He played, as he tells the reporters, “fair and square”, but at the same time his luck sometimes was due to various favorable casino offers. His initial losses were enormous, and then he was given a 20% discount and the rules that were not so strict. It allowed him to affect the casinos' coffers greatly. Such extra offers are a common thing for high-level players, but players often are not able to use them properly. Johnson lost striking sums of money (about 500,000 dollars) and asked for a 20% discount. He was given this chance and used it very successfully. Later, Johnson won 5.8 million dollars at Tropicana, and Tropicana reneged on the deal. The total paid out to Johnson was 15 million dollars, which is one of the biggest wins of our times.

Blackjack is one of the most favorite casino games. There are lots of movies about this game. Gambling can be used for making extremely exciting scenarios, so it is not a surprise that blackjack is often being shown in movies. Sometimes, blackjack can be treated as a character, acting like an evil force or a life-changing bliss. So, here we have TOP 5 movies about this game that may change and influence your vision of this game or even encourage you to learn how to play Blackjack and improve your skills.

Blackjack was one of Napoleon Bonaparte favorite games. In the 18th century in France this game was called Vingt-et-un (twenty-one) and it was the elite who played it only. Napoleon was one of the most passionate players, and some historians believe that Napoleon played the early version of blackjack during his expulsion. 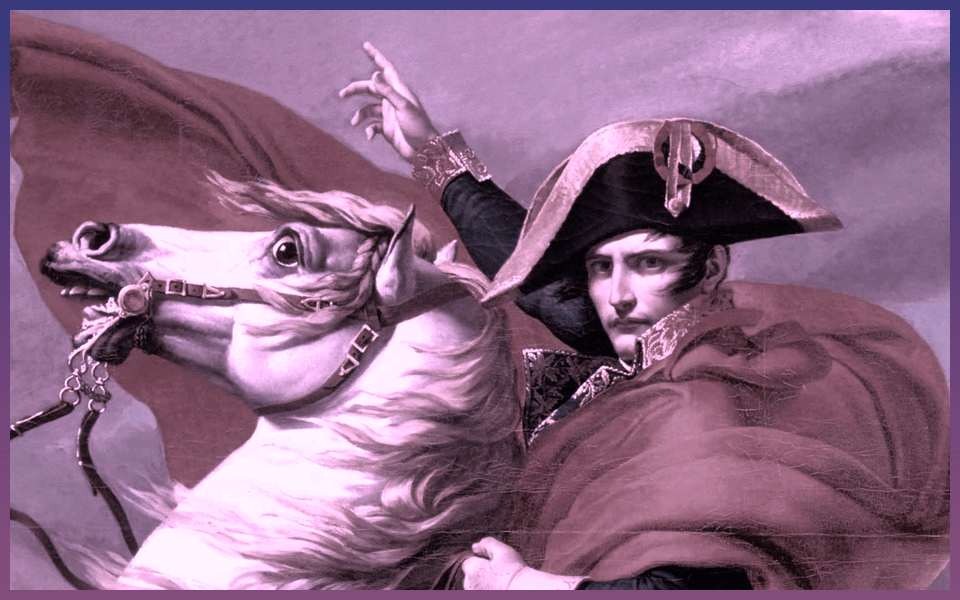 If you are interested in why the standard deck of cards looks like that, you are just in the right place. All the 52 cards are 52 weeks in a year, while the four suits are four seasons. There are 13 different cards in each suit because there are 13 lunar cycles. Additionally, the total value of all cards including the Joker equals 365 (the number of days in a year). 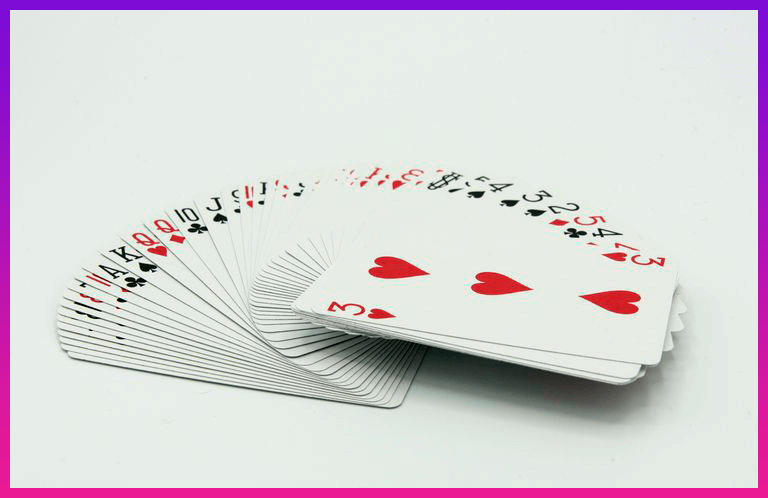 There is a book that added to the popularity of this game. This is the book by Edward Thorp. It was first published in 1962. In this book, the author reveals the secrets of Blackjack. He explains why it is called a game of skill and how to increase your winning chances. 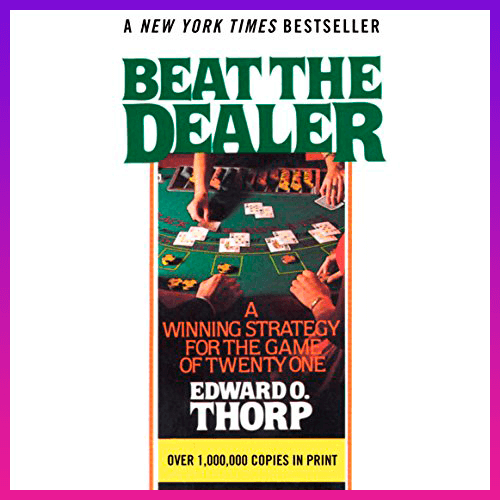