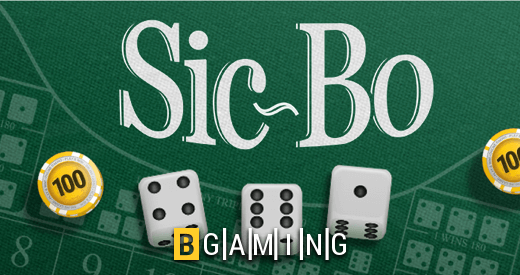 Well, another novelty on the way! This time, BGaming decided to diversify and brighten up its gaming portfolio by adding Sic Bo, the most original board game in China.

First and foremost, the company began to draw inspiration from the history of the ancient game, as well as completely immersed in the eastern wisdom and traditions of the country, thereby creating the perfect development of Sic Bo, including all necessary classical attributes in their most realistic version. Thus, BGaming does its best to introduce each player to the atmosphere of a brick-and-mortar casino, which makes Sic Bo stand out among other online models.

Sic Bo from BGaming is famous for its fairly simple, but at the same time truly awesome gameplay, which makes the game a real treasure for those who like to play dice or roulette. It is also worth noting that the rules in Sic Bo generally correspond to the above-mentioned games, but still some functions make Sic Bo completely different, including multiple bets and completely unpredictable wins, which makes the game an excellent choice for any gambler. Well, it is not strange that the new masterpiece will win the hearts of millions, because BGaming is always trying to be one step ahead.