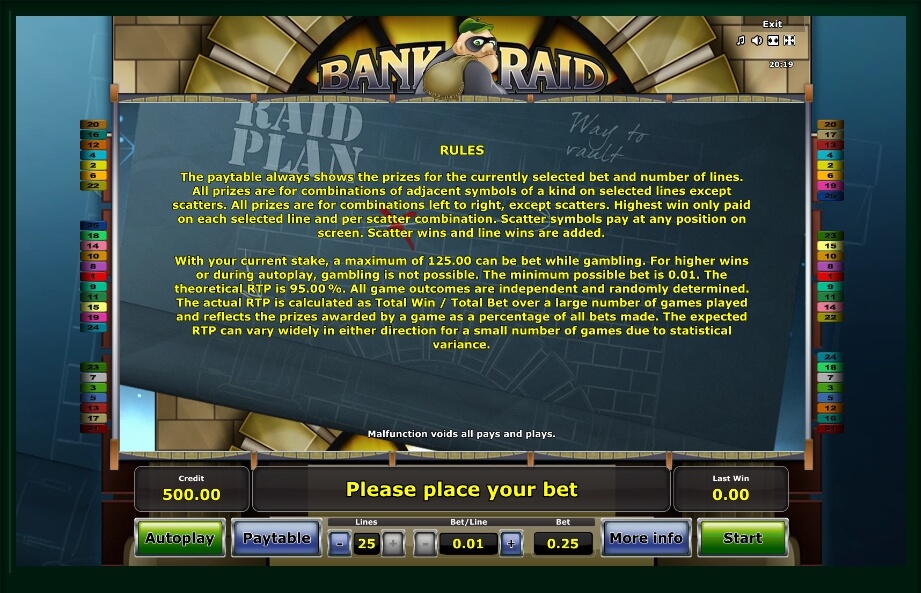 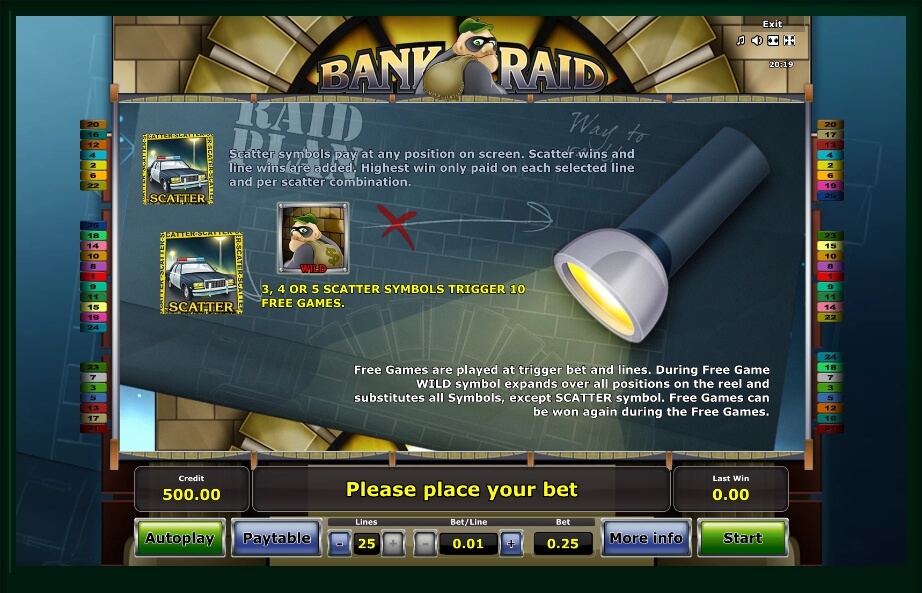 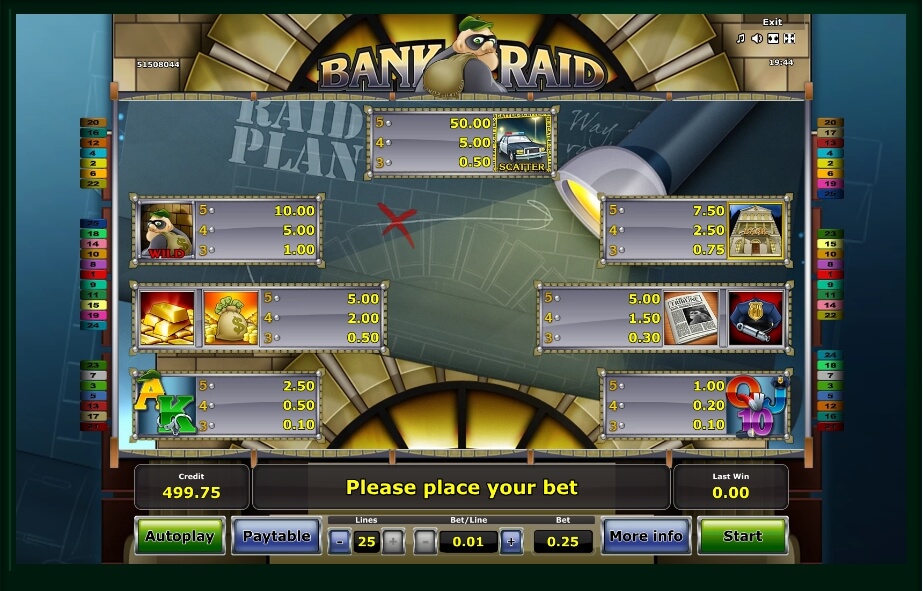 Novomatic once again turned to the topic that is in great demand among the audience of users. The famous developer released a model of Bank Raid, in which you will observe the actions of an unfortunate bank robber. As a rule, such a plot is filled with chases, robberies and adrenaline. Therefore, the topic is often used in cinema. The well-known provider also drew attention to this story and as a result, this product appeared on the market. Here everyone is awaited by dangerous adventures as well as bags of money.

Behind the powerful steel doors of the bank, incredible prizes are hidden. The slot machine invites you to join the awkward thief who tries to escape from the police. Stylish graphic and sound design will give the gameplay realism. All the actions of the game are developed in the storehouse of the largest bank of New York.

The main character of the game got here after the end of the working day, but he did not pay attention to the modern alarm system. Now you have a few minutes to collect all the prizes and hide from the police. This adventure is supplemented by dynamic sounds that will not allow the player to relax.

Above, the villain and the logo are shown. On the background, there are round doors in the vault. On the main screen, there is a playing field with 5 reels. It is surrounded by different cells with numbers from 1 to 25. As you understand, each digit corresponds to the payline. The user will not have problems with the management, since it is traditional for all Novomatic models.

The client needs to visit a section with the rules to carry out the robbery. Click on the “Paytable” button that will open access to all information. As for the game parameters, the “Bet / Line” and “Lines” buttons are intended for them. Now the player only needs to activate the manual or automatic spin mode. The game process is filled with thematic symbols and modern animations that help to plunge into the atmosphere of the slot.

The control panel also has the “Gamble” button that activates a risk-round. This game is presented in a traditional style. The participant only needs to correctly indicate the color of the playing card. Click only on the Red or Black button to find out the outcome of this round.

The last payment can be doubled or lost. Wild (the robber in a mask) makes up winning chains by common rules and replaces usual pictures. Scatter (police car) does not depend on its location on the screen and is paid at the general rate. Only three of these elements can activate an additional round.

Free spins pass without changing the bet and the number of lines, being paid by a casino. The joker becomes expanding and fills the entire column, appearing in any cell. Such rounds may be extended. Using all of the above options, you can win 500,000 coins.