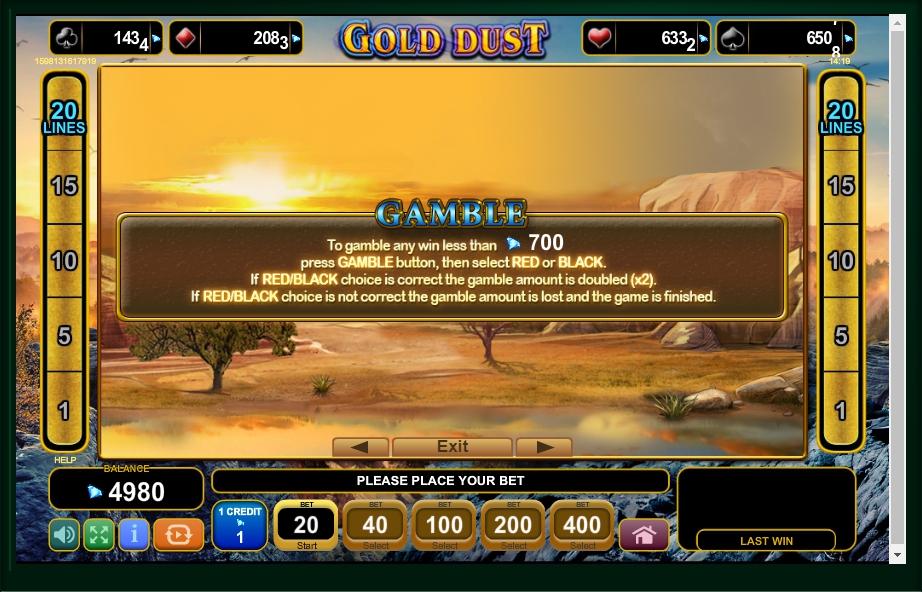 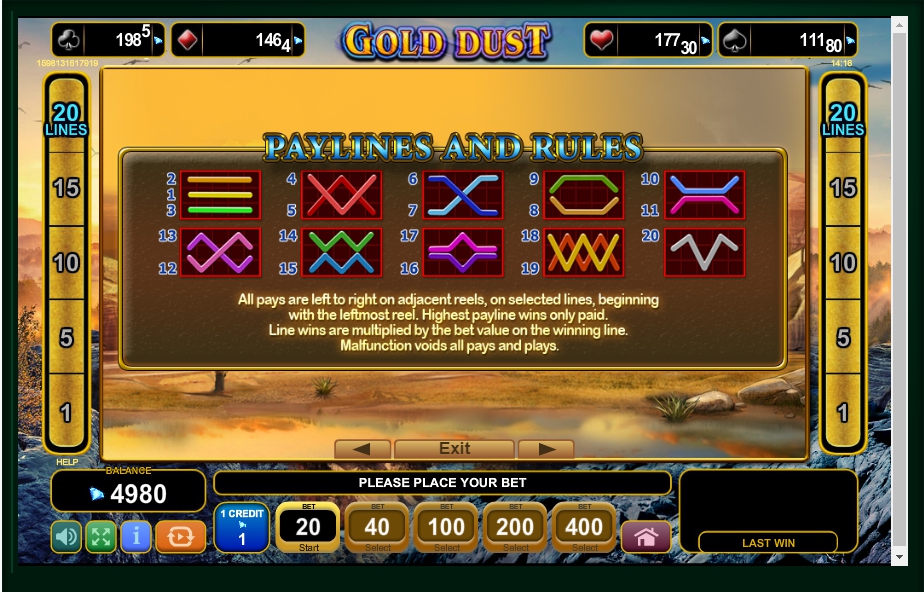 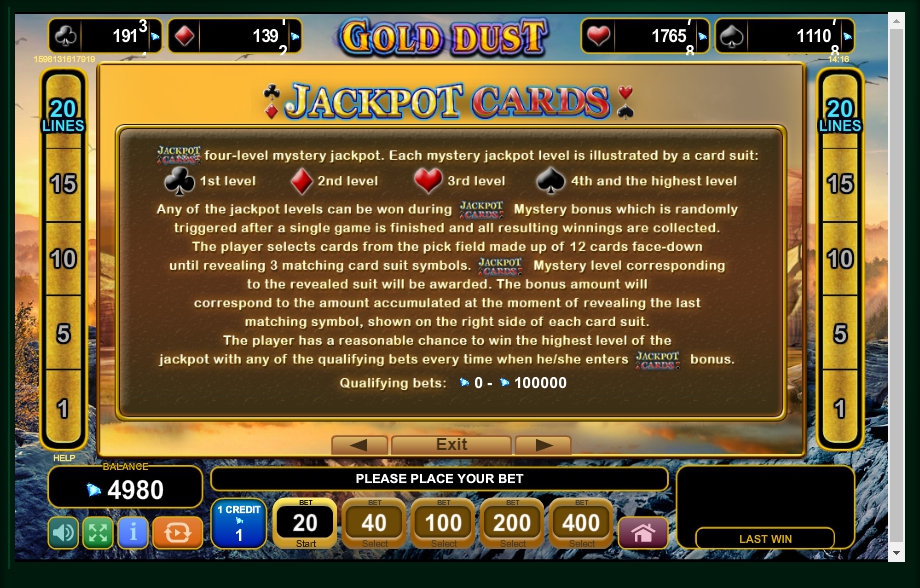 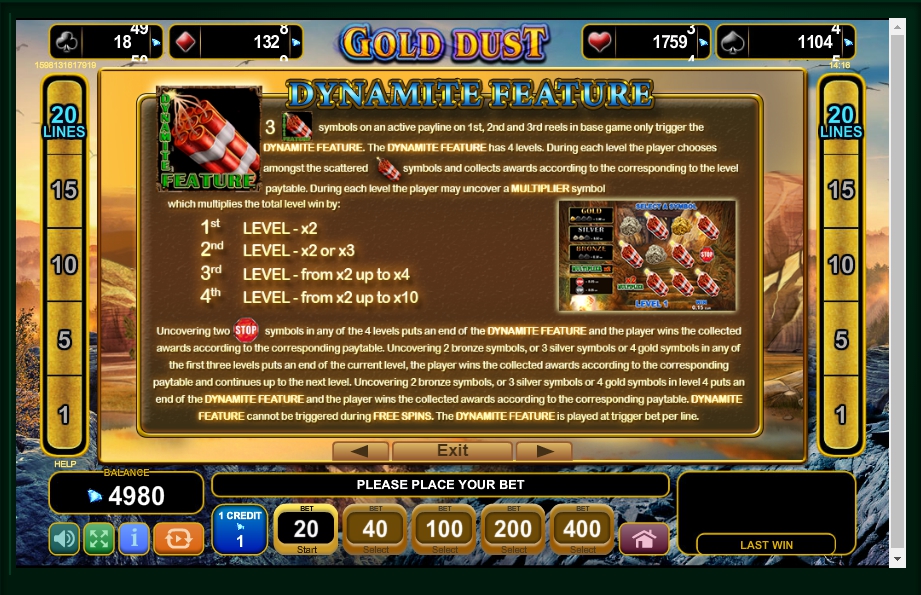 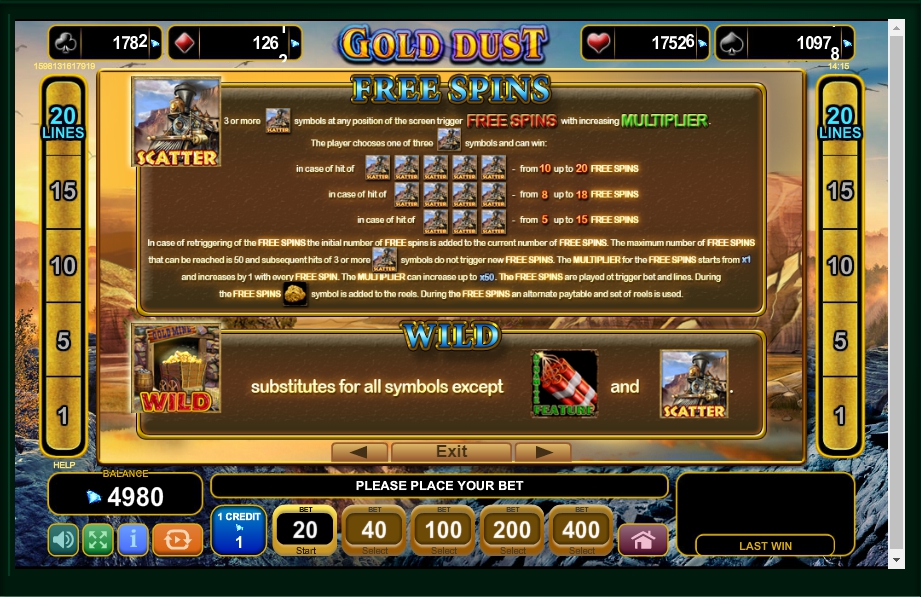 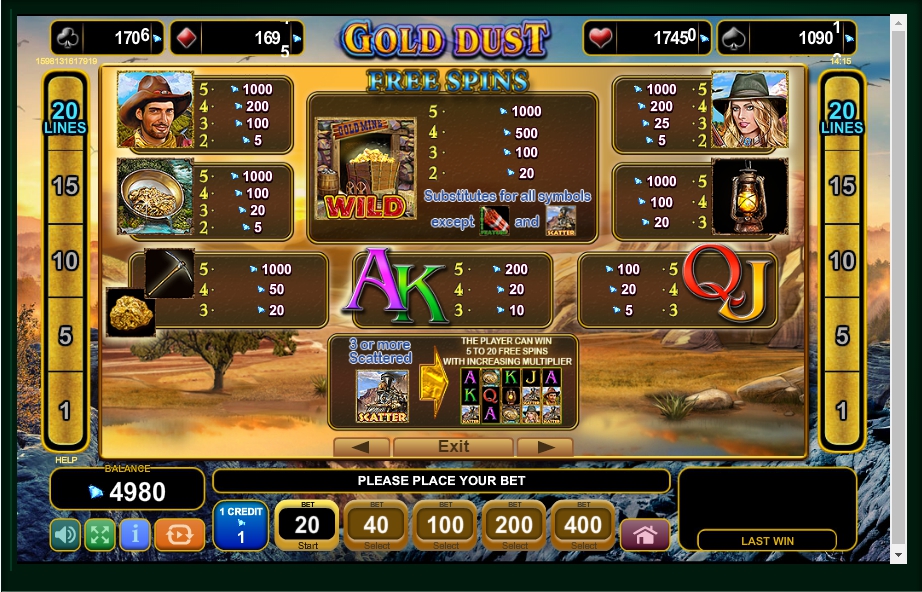 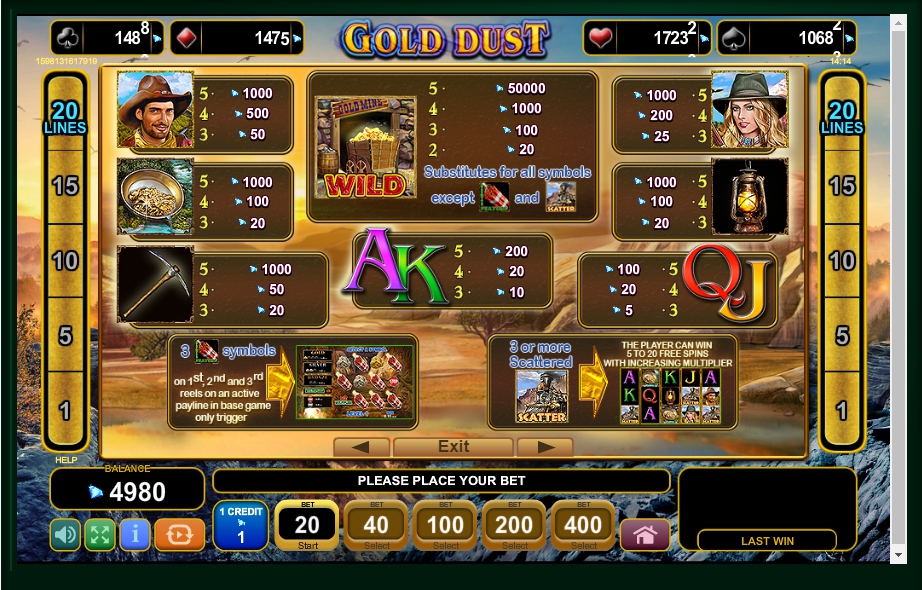 The gold rush left an imprint on the world history and on the worldview of many people. The extraction of gold and precious stones became one of the main industries of that time. People went crazy in search of valuable stones. Now each participant can feel the excitement around the extraction of gold, mentally visit the mines and take part in this fuss. This is possibly a proxy for EGT, which produced the video slot Gold Dust.

Graphic designers from the company EGT always pleasantly surprise their fans. The background image is designed in such a way to fully confirm the associations of most users. The player will be able to observe the landscape, which depicts the mines and sandy terrain. The sound accompaniment also complements the whole picture, making it even more realistic.

The interface of the main screen almost does not differ from other games from EGT. There is an informative field that displays the counters of four progressive jackpots. The icons of each of the prizes correspond to one of the card suits. The main space, as it should be, is occupied by a playing field with five reels.

There are 20 available lines for payouts on the reels. The lower part of the screen is designed to be able to place all the necessary control buttons over the game options. Also, in this part of the management board the current indicators of the game process are set. To activate the section with rules and payout ratios, there is an “info” button, which allows you to access theoretical data.

The Gold Dust slot is a traditional gambling entertainment that has classic rules. On the very beginning, the player has the task to adjust the parameters of the lines and rates, and then select the option to start the reels.

Special functions are performed by the symbols Wild (trolley with gold ingots), Scatter (locomotive) and Feature (dynamite checkers). The Scatter is used to run free spins. They start when three of these symbols appear anywhere on the screen.

Since the machine has a bonus level, its rules slightly differ from the main process. The user will choose some dynamite, under each of which the winnings are hidden. Going to the next level, the winnings increase, and the player has a chance to replenish the balance. It is also possible to double each prize in the mini-game at risk.

When choosing a card, the user will check the intuition and find out the outcome of this round. Progressive jackpots are also played in a separate round. Here, the player needs to collect three cards with the same suit. You will get a prize if the suit corresponds to the card.