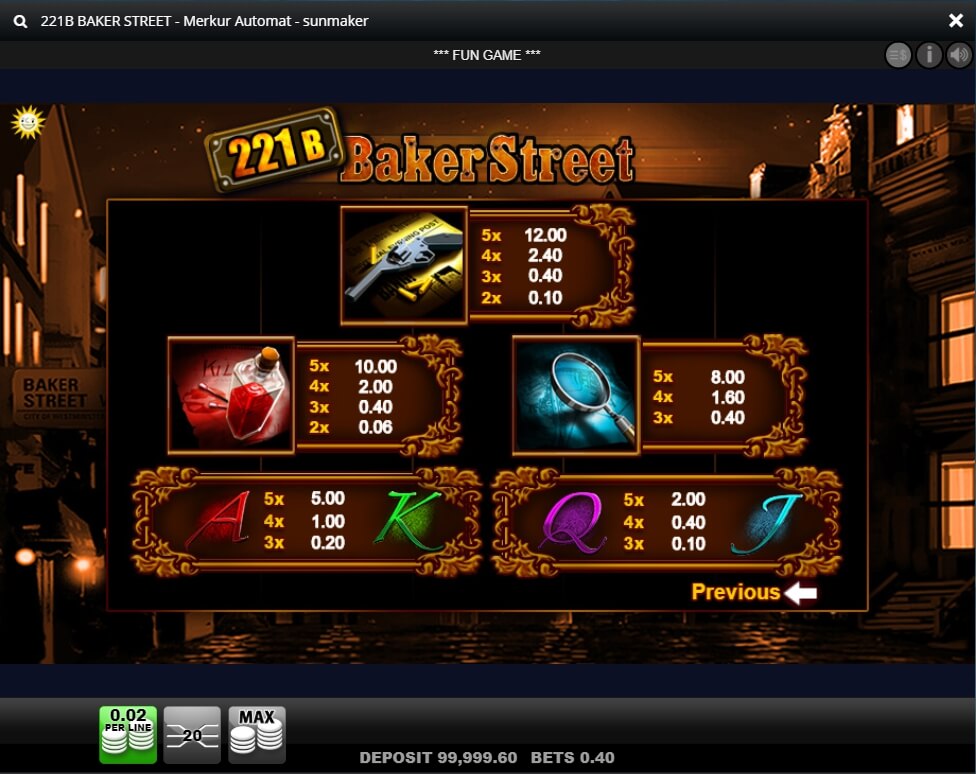 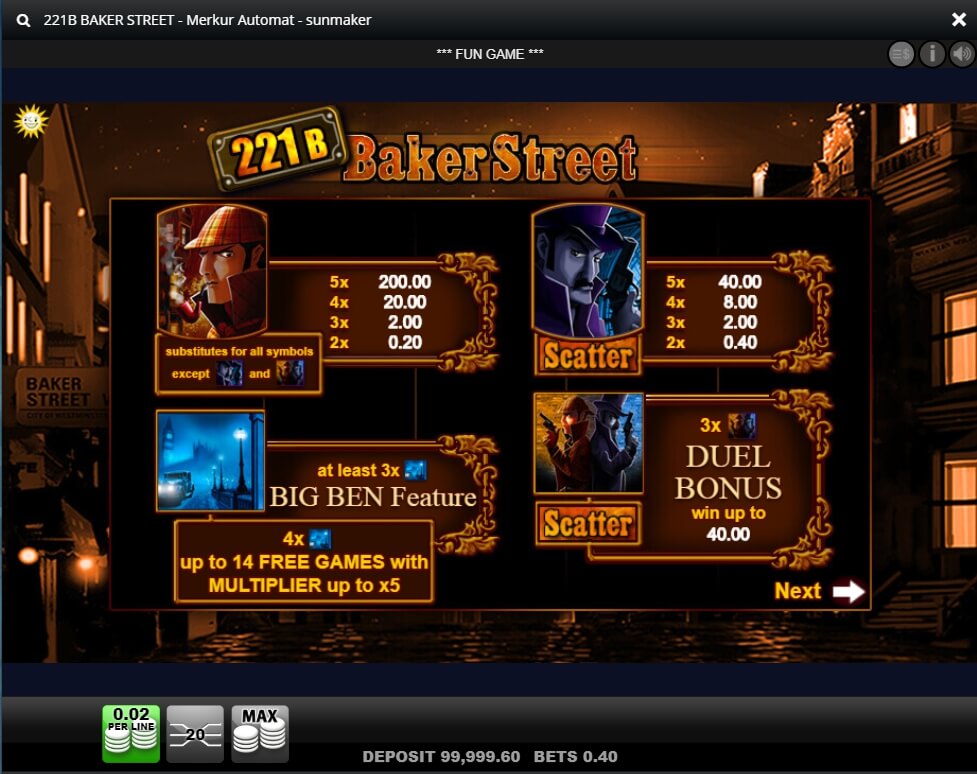 Each player would like to become a professional detective and uncover many crimes. We know a few stories about the legendary duo of detectives who investigated many secrets. Sherlock and his friend always took difficult and intricate tasks. Today, there are many versions that confirm that such a detective existed in reality. True or fake you can check in the video slot “221b Baker Street HD”. This stunning detective was proposed by the corporation Merkur. This story is shrouded in secrets that must be solved. If the client unravels all the secrets then he will receive the grand prize.

Today, classic detectives are stories of a terrific duet of detectives. Sherlock and Watson many times managed to find a criminal and unravel all the secrets. Employees of the company Merkur offer the user to join the investigation and uncover the most important crime in the career of the great Sherlock. It is worth noting the presence of the prefix “HD” that symbolizes the high quality graphics. In addition, there are animations as well as sound effects in the gaming machine.

Against the backdrop of a night criminal city, the playing field is depicted. The investigation takes place on 5 reels and 20 paylines. Sherlock Holmes is depicted in the “classic” style. At the top there is an image of the logo that is surrounded by additional settings. Here you can turn off the sound and also open the theoretical section. The last one will tell you about the rules of the investigation and also it describes all the symbols that take part in the game.

After that, the participant must make a bet and select the number of lines using the buttons “per line” and “lines”. The maximum values ​​of these parameters can be set by the “max bet” button. Two large buttons perform the start of the rotations in automatic and manual modes.

Scatter differs from other images and it does not depend on placement on the screen. If two such elements appear somewhere along the playing field, then the player will receive a payout ranging in size from one to one hundred total bets.

Big Ben Feature launches the prize rotation. Three, four or five of these pictures appear on the screen, give the right to participate in free spins. The bet in them will remain the same, but it will be for the player to make an online casino. In addition, during this round there are additional factors x3, x4 or x5. For more information on free spins, see the help section.

Three pictures with the inscription “Duel Feature” activate an additional level. The user will take part in the battle of the main characters of the game. According to the results of the match, payments (up to 50 thousand) will be assessed.

As a result of each successful rotation, one of the risk games will be activated. A player can take part in a round with a crat or take a ladder. In the second case, the participant needs to choose high payouts and raise them. But, you can refuse to participate and take real money.