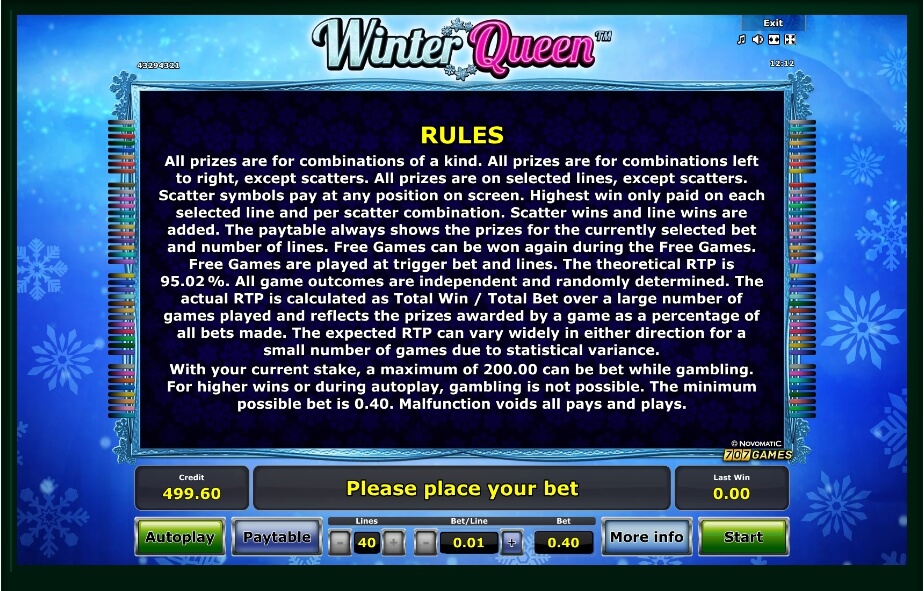 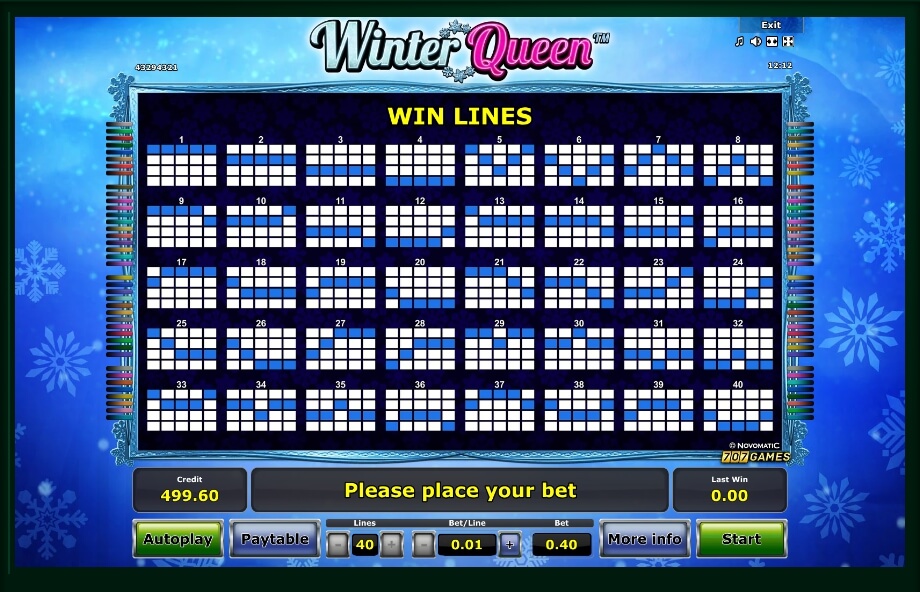 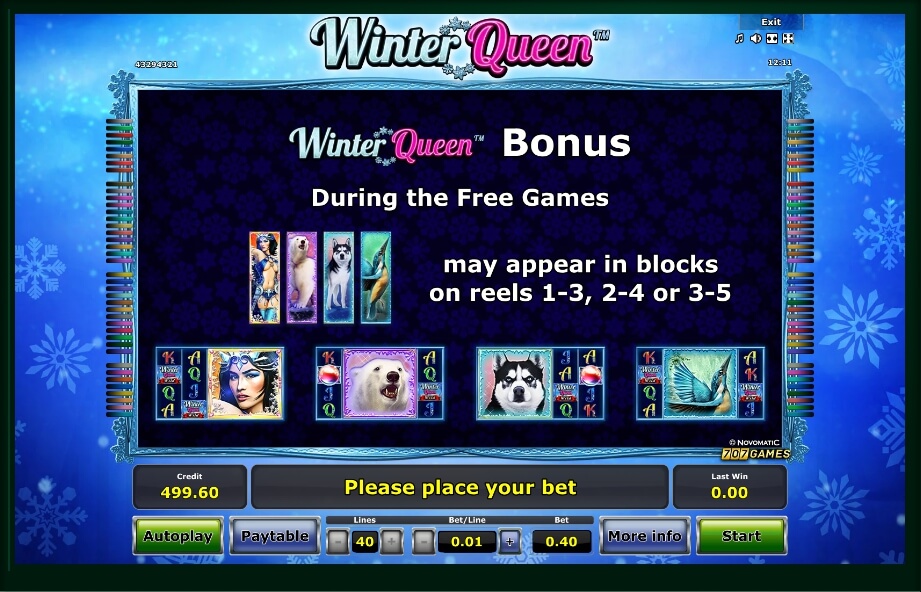 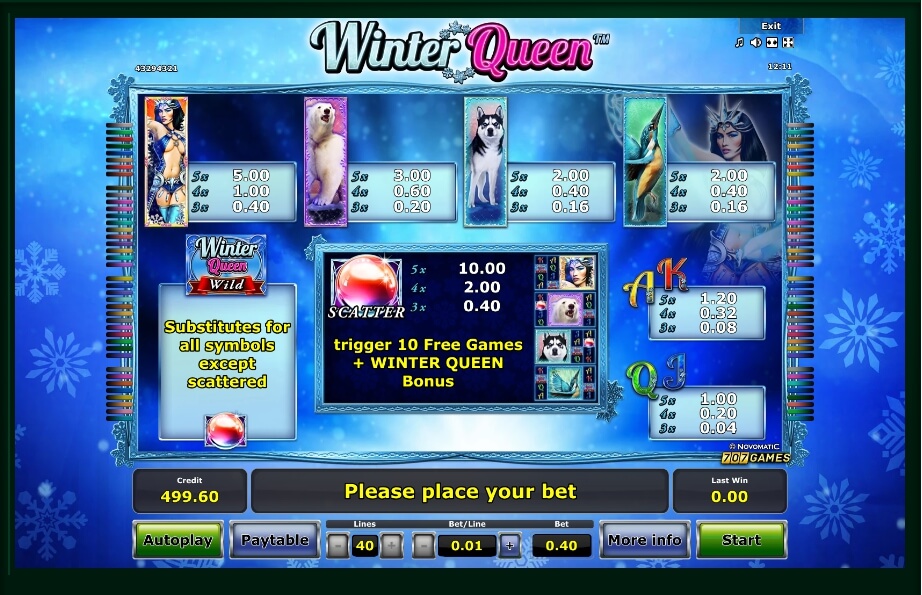 By common canons, winter is associated with miracles, magic and family. But the developers of the GreenTube company do not think so. In the new “Winter Queen” video slot they showed their vision of this season. Here the main character is the queen of winter. A stormy fantasy of developers has presented her as a half-naked beauty. It seems to us that in such clothes it is better to be an Amazon in the hot jungle. But the queen has prepared many surprises that we will consider later in the review. The provider again outscored its competitors and consolidated its position in the gambling market.

The wildlife world is often used by the developers in the gaming machines. But this time a team of professionals invites us to enjoy the “cold” beauty of the lady of frost. So the authors of the slot have wanted to show that the winter can be sexy. But according to the name in the design, the blue shades that symbolize the cold predominate. The playing field is depicted on the monophonic canvas.

Here there are images of snowflakes and also falling snow. A bright animated screensaver visualizes the features of the game on this slot. Also it is worth noting the presence of the 3d graphics and bright animations. The animation techniques enliven these pictures, support the dynamics of the game process and visualize the symbols. The game process is accompanied by the colorful music.

The exciting plot opens thanks to the optimized gameplay. The interactive toolbar is located under 5 reels. We recommend that users open the Paytable section, firstly. The number of pay lines is adjusted with the Lines button. The Bet / Line function has the special “+/-” controls to help you bet on the round. Two green Spin and Autoplay buttons activate the manual and automatic game modes.

The arsenal of advanced settings includes the setting of sound effects, display and other aspects of the game. The stylization of the slot machine fully corresponds to the main story that was proposed by the developers. The interface is modern and convenient at the same time.

Wild (corporate logo) is not paid, but replaces other pictures because it performs the functions of a joker. Scatter (pink pearl) has no relation to the lines involved. It can form chains in any positions. Payments are considered according to general rules.

Several such pictures launch a round of free spins. Highly paid symbols can appear in the square blocks, occupying nine cells at once. Each of them is considered as the separate element in the formation of chains. So, you can win real money (up to 100 thousand).

After each successful round, you can take part in the risk game that is opened with the Gamble key. On the screen there will be a playing card and also two additional buttons. The client needs to specify the color of the card correctly in order to increase the payment twice.

Wish Upon a Star