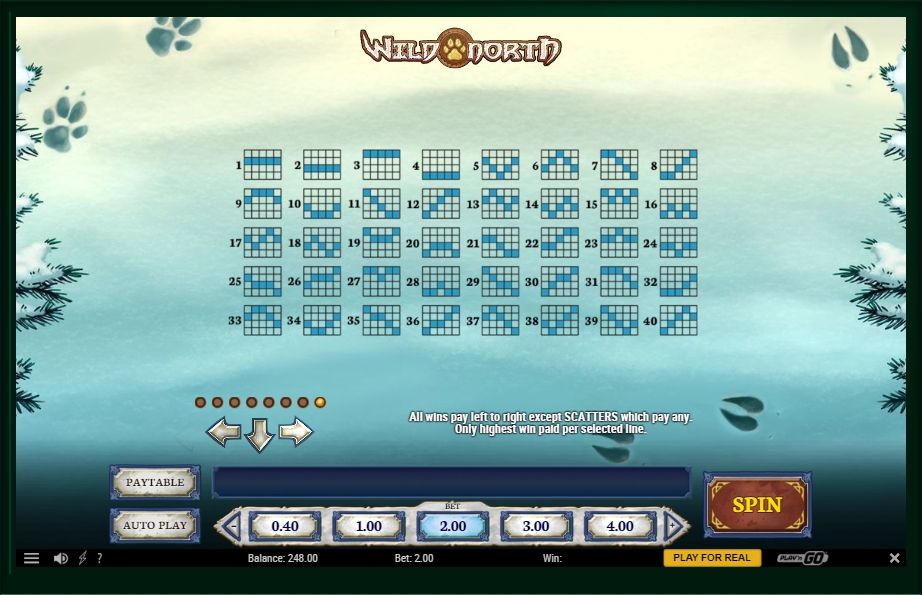 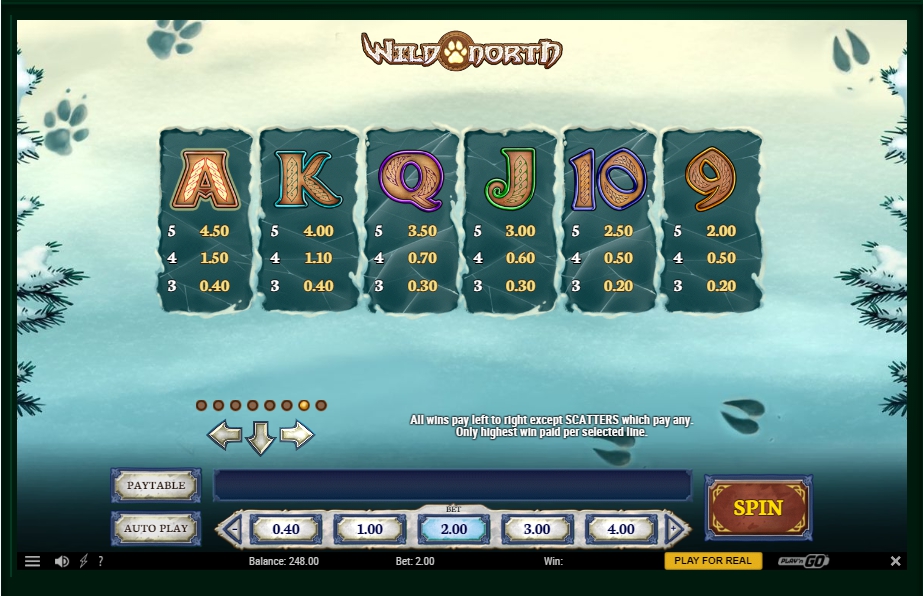 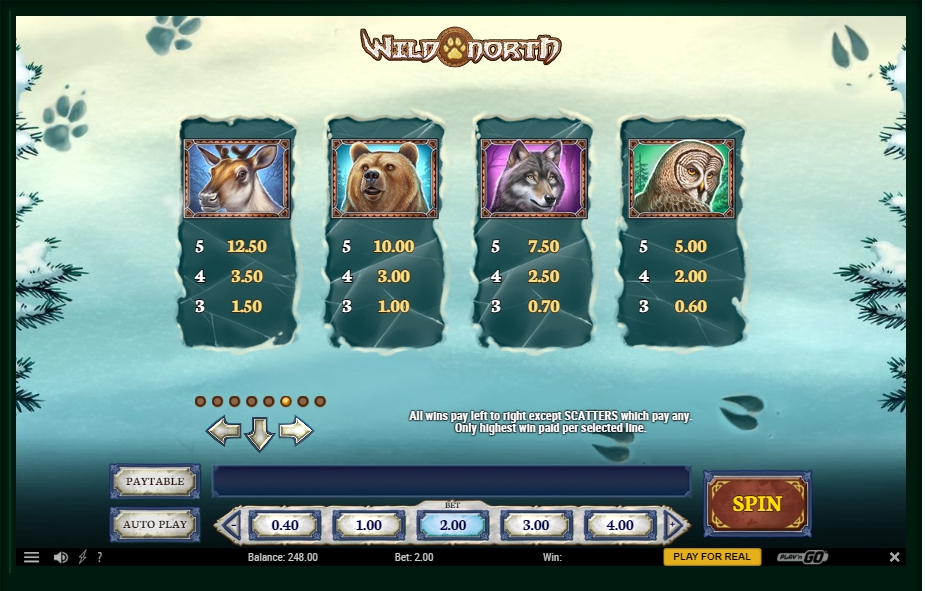 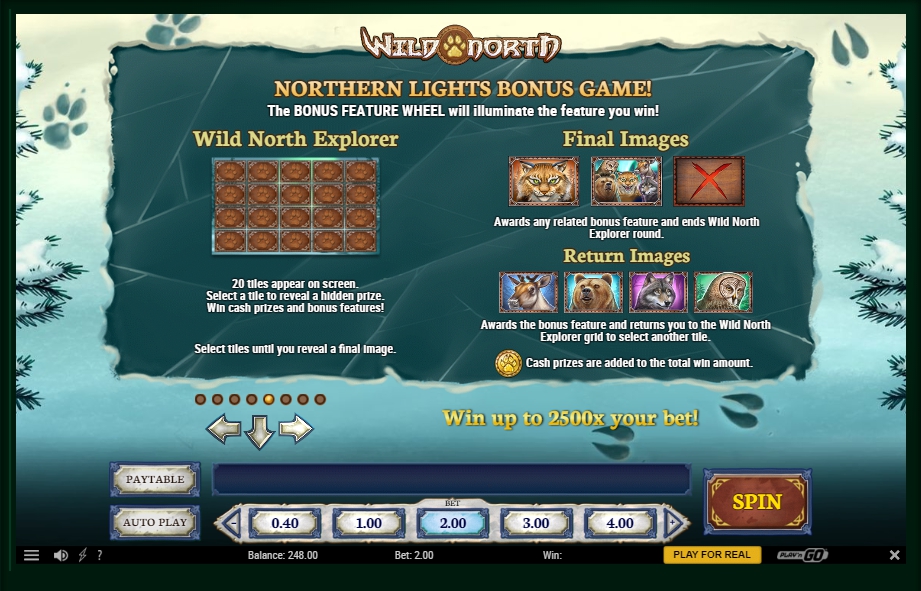 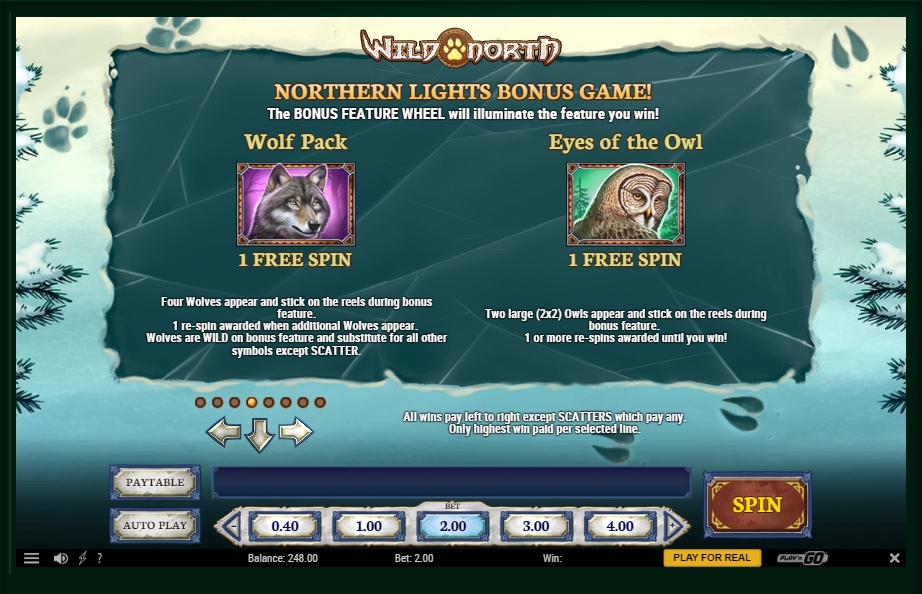 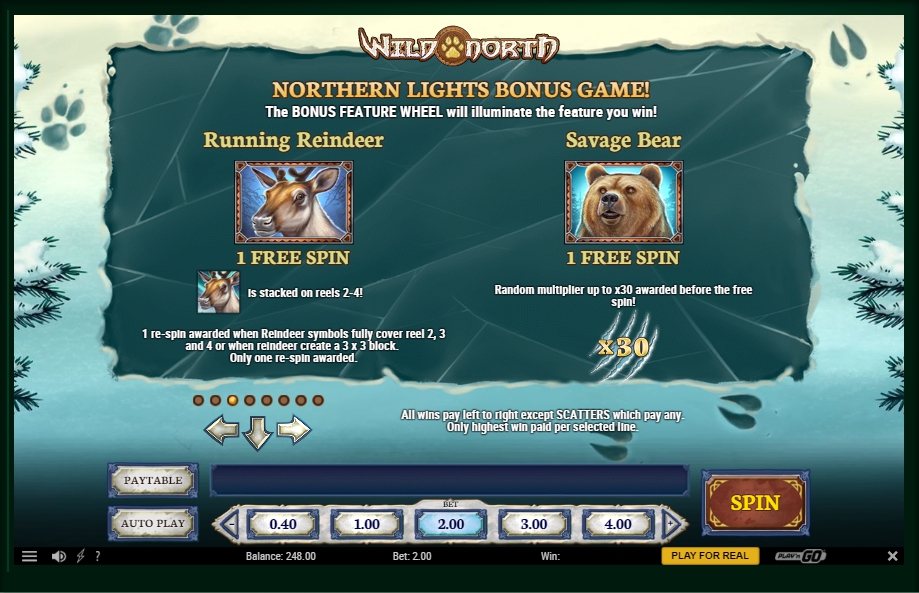 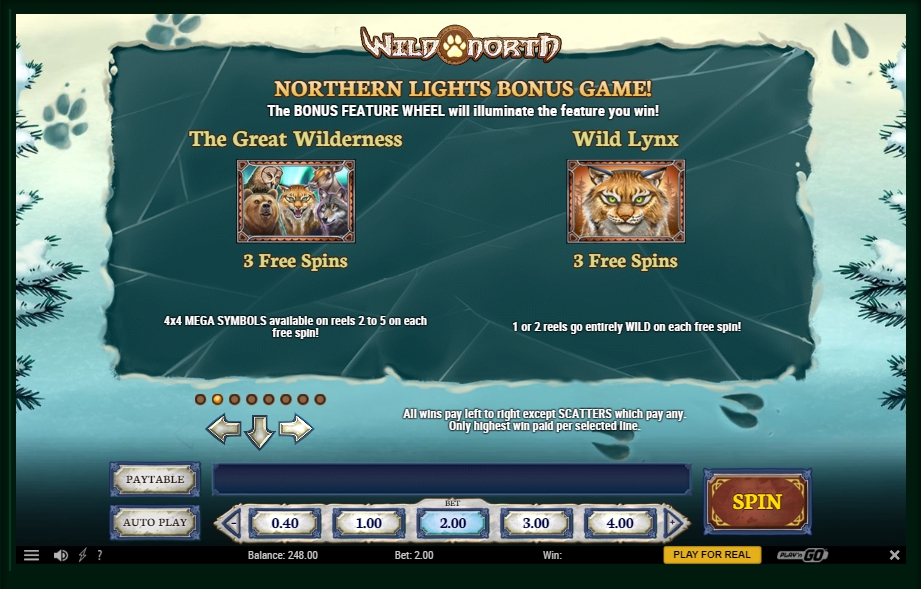 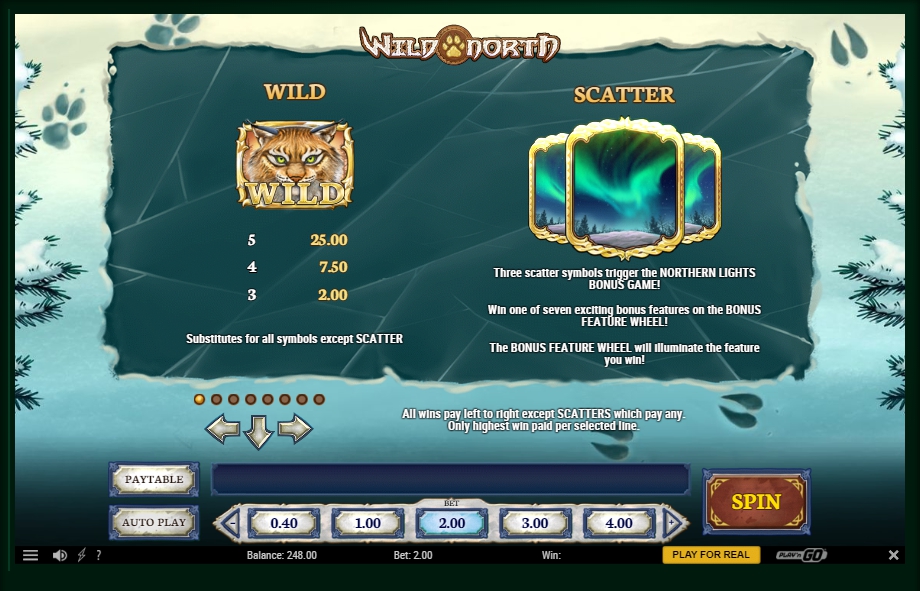 Permafrost awaits players in the Wild North slot from Play`n Go. Here they can get acquainted with the peculiarities of the northern latitudes. Ice adventure will begin with a very interesting animation, which will tell about all the advantages of the slot machine.

One of the most important advantages in the game slot is its incredibly beautiful design. Against the backdrop of a pine winter forest, five game drums rotate. However, the symbols of the game are represented by various inhabitants of the taiga, which offer players to earn pleasant winnings. The interface of the slot is very simple. Each guest will quickly understand the basic rules of the game and will be able to start an exciting game. The game starts with a bright and fascinating animation that will open for you all the beauty of the northern world. After viewing, you can start the exciting game by choosing the size of a bet. For this, the possible options are shown at the bottom of the screen. By pressing the +/- button you can make an optimal choice. After selecting a bet, go to the game process by pressing the “Spin” button. In the lower left corner, custom settings that will make your game more comfortable are available.

In the slot there is a lot of nice features that allow players to earn incredible winnings and get an incredible excitement. For example, one of the most profitable symbols is the wild sign of the Wild North gaming machine, which is represented in the form of Lynx.

But the most profitable symbol of the slot is the scatter. It is presented in the form of aurora borealis and gives an opportunity to play one of seven declared bonus games. They are represented by such variants:

-The Great Wilderness offers three times a free spin on the drum. In this case, the drums will be covered with the same pictures, filling the field with 4×4 cells.
-Wild Lynx also gives three free spins.
-Running Reindeer gives one free spin.
-Savage Bear will bring one free spin, during which you can get x30 multiplication of the win.
-In Wolf Pack, a 2×2 block with the symbols of a wolf is located on the reels and acts as a wild sign. This icons is very profitable, since it brings additional rotations of the drum, if one more symbol of the wolf falls in the game.
-Eyes of the Owl has the same features as the previous game, but the main character here is an Owl. And the game will last until winning.
-Wild North Explorer – this mega-profitable game will allow you to play several bonus games, which were discussed above.

But remember that in this game it all depends on luck. You will open slot cells. Behind them prize-winning rounds, wins or a stop-round hidden.