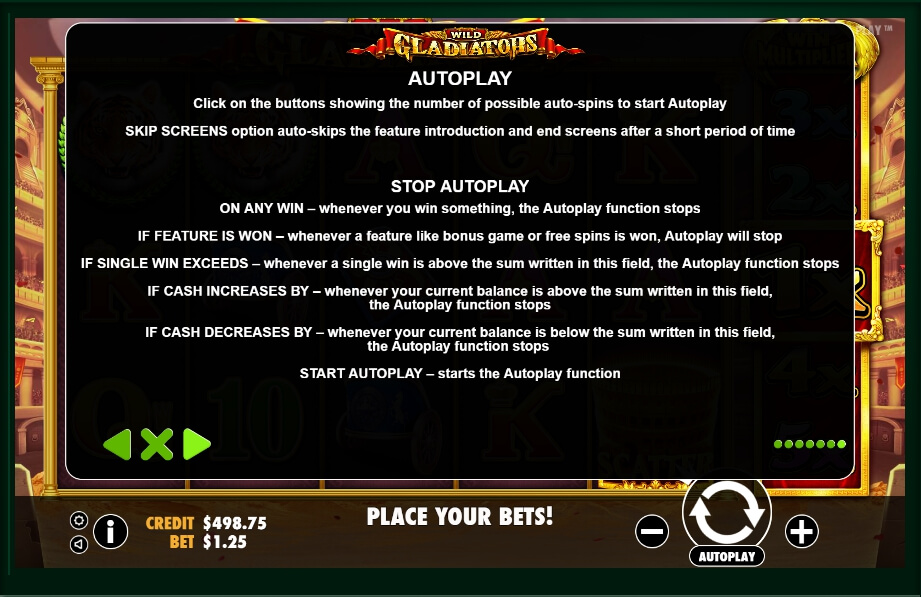 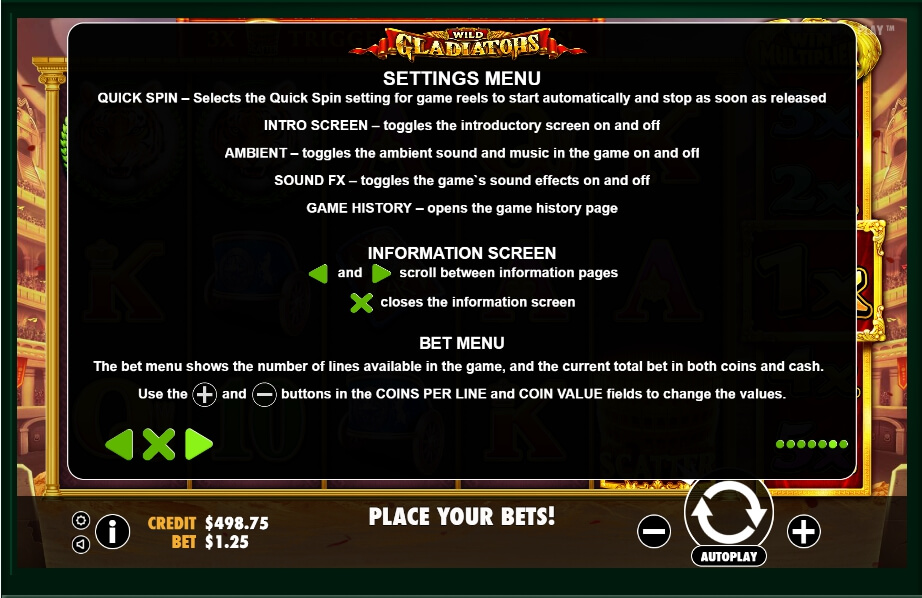 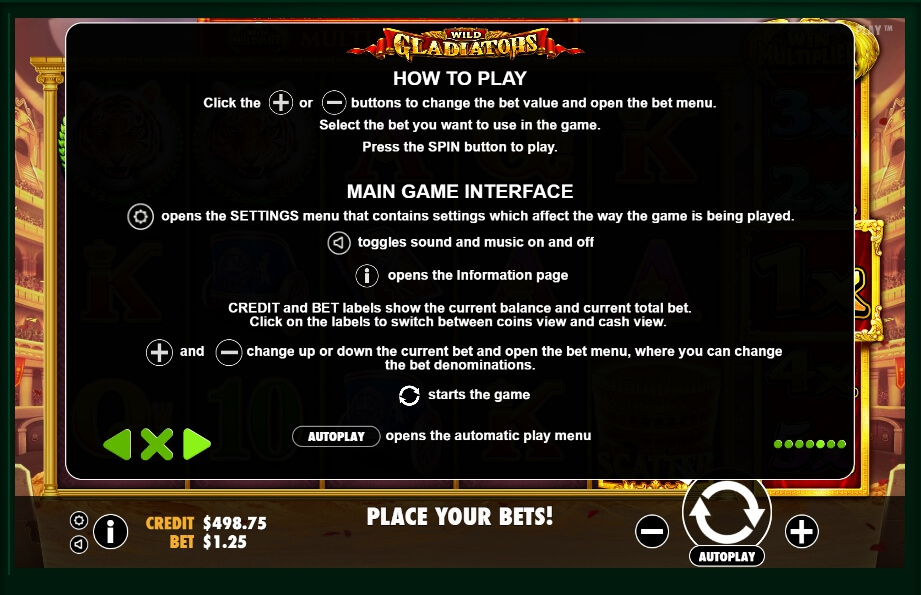 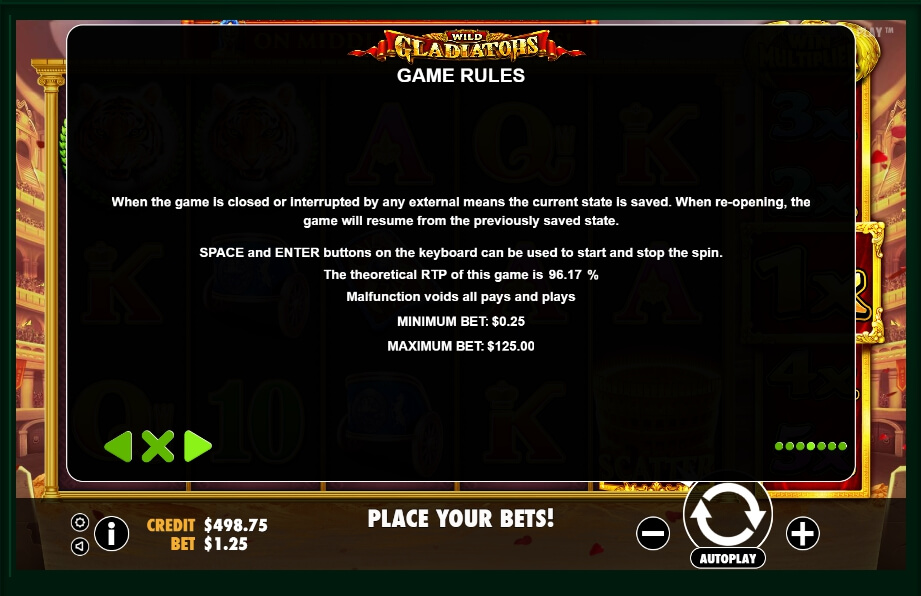 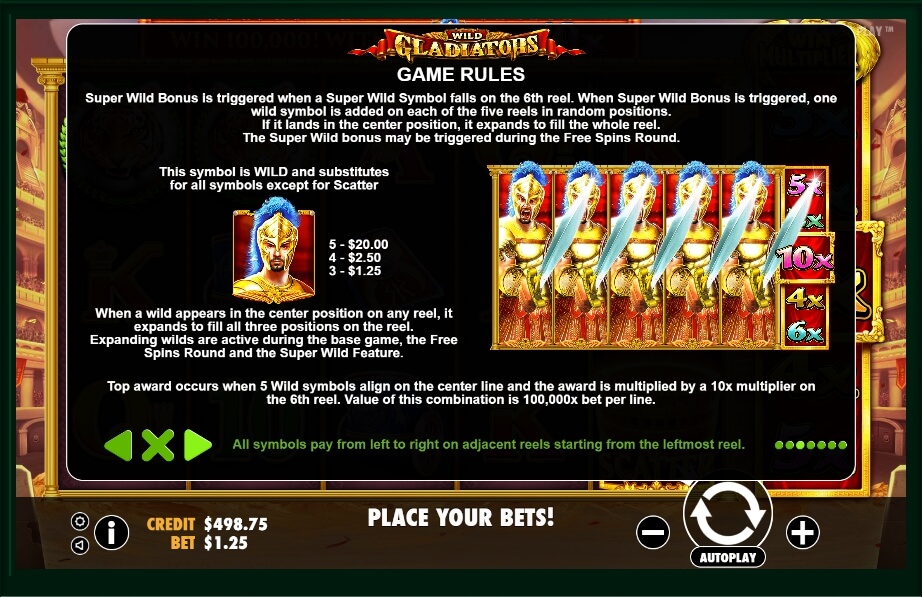 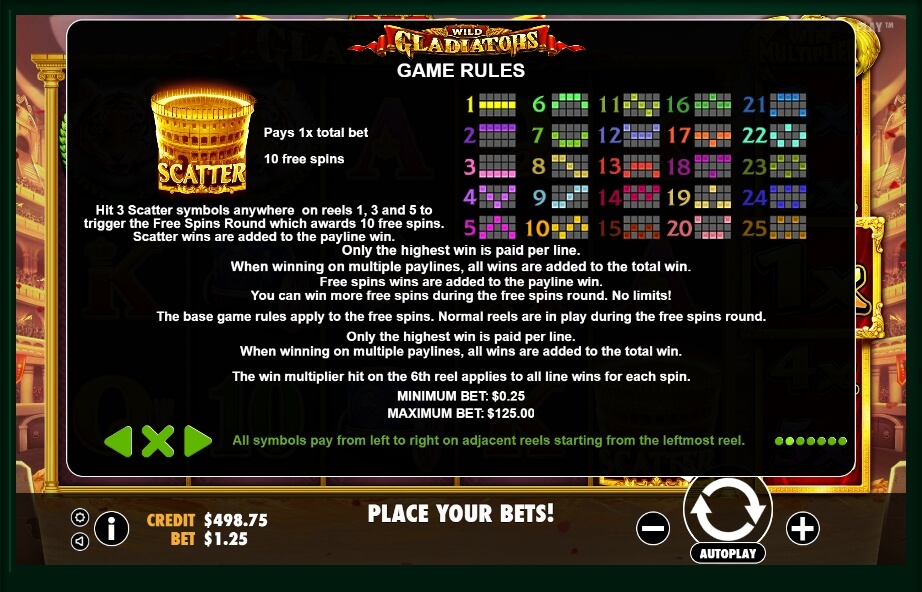 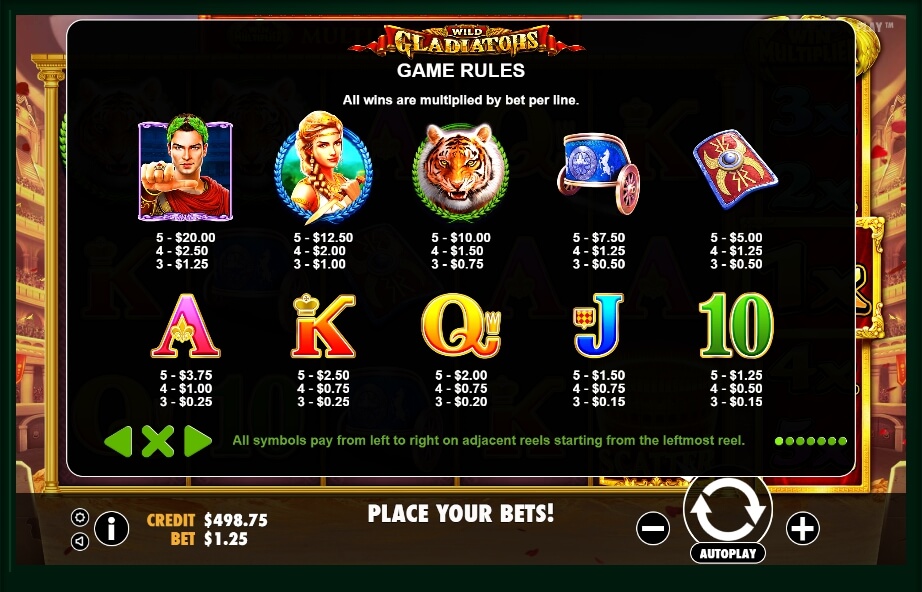 Many years ago, gladiatorial fights were considered an incredibly interesting spectacle. People came from all over Rome and watched these battles. Danger, a brutal struggle and a conquest of the heart of a beloved lady characterize every gladiatorial battle. Later, a lot of films and stories were devoted to this topic. In addition, the Pragmatic Play Corporation decided to create a gladiator slot that will easily move users into the world of the Roman Empire. Today we will consider Wild Gladiators that attracted many customers with its unique and dynamic plot.

All the actions of the game unfold in the Colosseum that is the main symbol of the powerful Roman Empire. This is evidenced by the corresponding graphics, the elements of which are columns, as well as thematic game symbols. The entrance to the Colosseum tells the player about the place of the battle.

The game process will be watched by thousands of spectators who are waiting for epic moments and big victories. As for the interface of the slot machine, it is executed in a stunning style. Here, each detail was qualitatively drawn and fully consistent with the chosen theme. Thanks to 3D graphics and bright animations, designers were able to attract the player’s attention.

Here we can also see a large logo that is located above 5 reels and 25 lines. On the right side, we can see an additional drum that will determine your additional multiplier. By the way, this is a great opportunity to win a lot of real money, but we will return to this detail later. The main control panel is at the bottom.

According to the traditions of Pragmatic Play, there are no unnecessary buttons here. Each key allows you to fully control the gameplay and its performance. First, the client needs to visit the theoretical section that opens with the “i” button. The first page contains a description of special characters, then you will find the structure of the lines and also the game rules.

As for the bet, it is determined by two keys +/- that are on the right side. A button with round arrows activates normal rotation. The key labeled “Auto” activates the automatic mode. Additional settings suggest disabling sound effects and selecting the quality of graphics.

The main joker drops out on any columns and makes sequences according to the general rules. Appearing on the central drum, it stretches over the entire column. Three Colosseums give a payment of one common bet and launch a round of free spins. For ten rotations, a bet is made by an online casino.

As we have already said, the sixth reel shows additional multipliers that increase the final winnings. The middle position here is highlighted by a gold frame. If the whole playing field is occupied by jokers and the multiplier x10 appears, then the client will receive the main prize – 100 thousand. This is the maximum amount that can be won in one round.

Other Games by Pragmatic Play