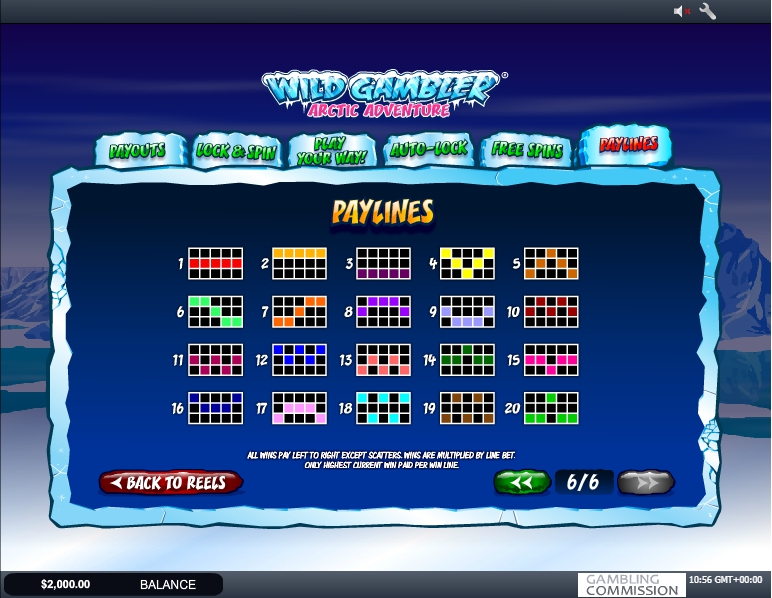 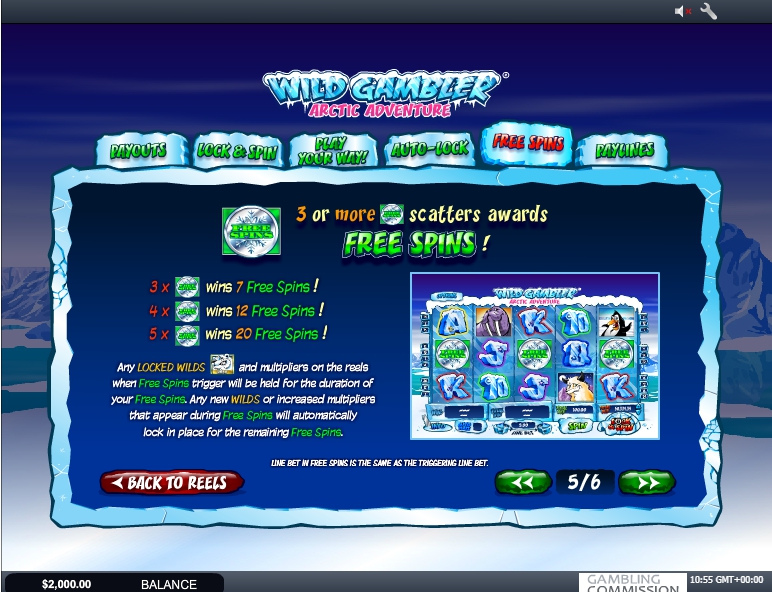 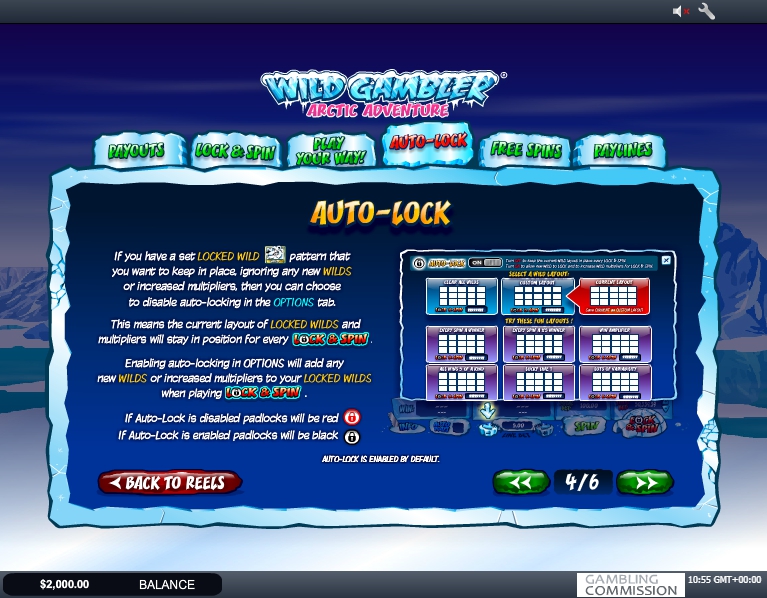 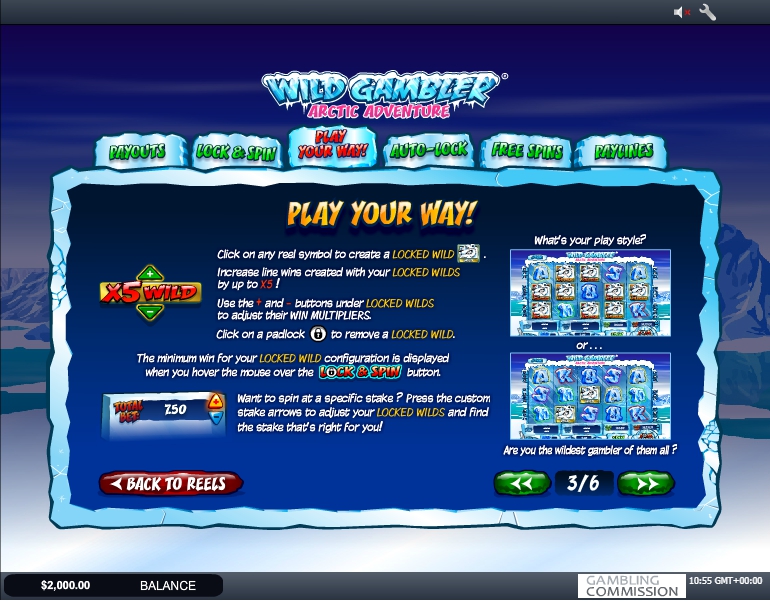 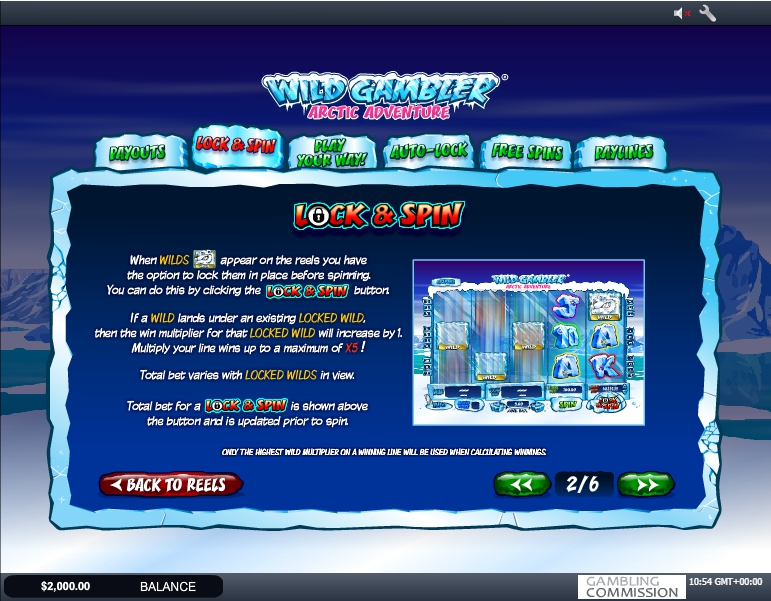 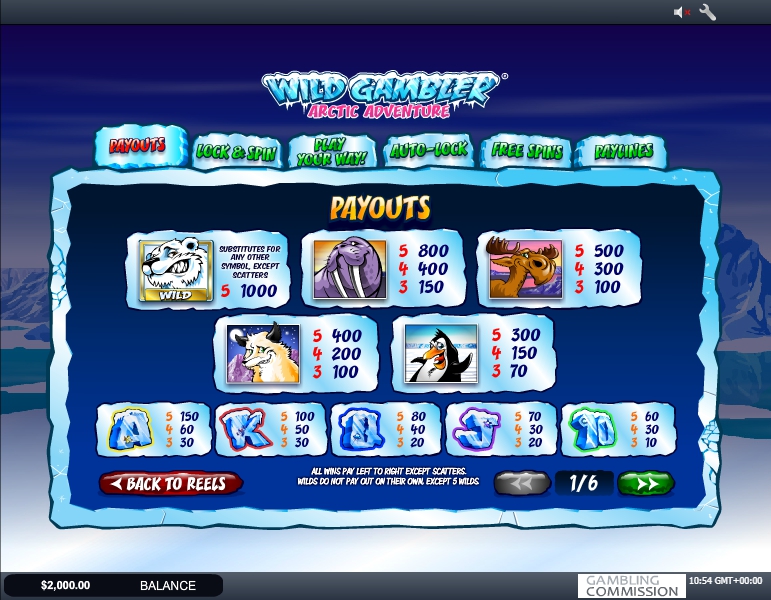 The North Pole is the coldest and at the same time beautiful place. A well-known company Playtech has developed and offered players a new video slot, which became a continuation of the story that was sitting in hot Africa. “Cold” video slot Wild Gambler Arctic Adventure is dedicated to the animal world of the Arctic.

This video game is created in a very colorful style, which uses elegant graphic elements and thematic music, allowing players to cheer up and enjoy the gameplay a little. All pictures in the game fully correspond to the common theme. Each picture is endowed with its own multipliers, which can be read in more detail in the table in the information section. The game background is presented in the form of the north pole, covered with ice and snow.

The structure of the five-reel machine, active lines can be used no more than 20. The name of the game is placed above the game reels, which sometimes turns into a string with prompts. The numbering of active lines is on both sides of the playing field. The control panel is thematic, the buttons look like blocks of ice, the remains of underfed fish and other things.

Here, users will see the latest wins and current bids. In the game, users will be able to access the standard settings. Also, the machine will be able to offer one more game window with additional information that will be needed to fully understand the game process and all the possibilities of the slot.

Depending on which of the suggested sets will be chosen by the player himself, his bet in the further game process will depend. The rates in the machine can vary from 0.02 to 200 game denominations. As for the active lines, they are constant here, the user himself can not specify this parameter, the game will always use 20 paylines. By the way, video slot does not need to download you can play in the browser.

There are two special pictures in the video slot: Wild (white bear) and Scatter (the inscription “Free rallies”). Wild can form combinations himself, and also replace other missing pictures. Scatter gives you the right to participate in free spins, during which you do not risk money because the casino makes a bet. They can be seven, twelve or twenty.

Profitable combos in the game must consist of 3 or more identical pictures that fall into one of the active lines. The line is paid only by the most “expensive” combo. The amount of winnings in the game will be calculated according to the multipliers shown in the table of payments.